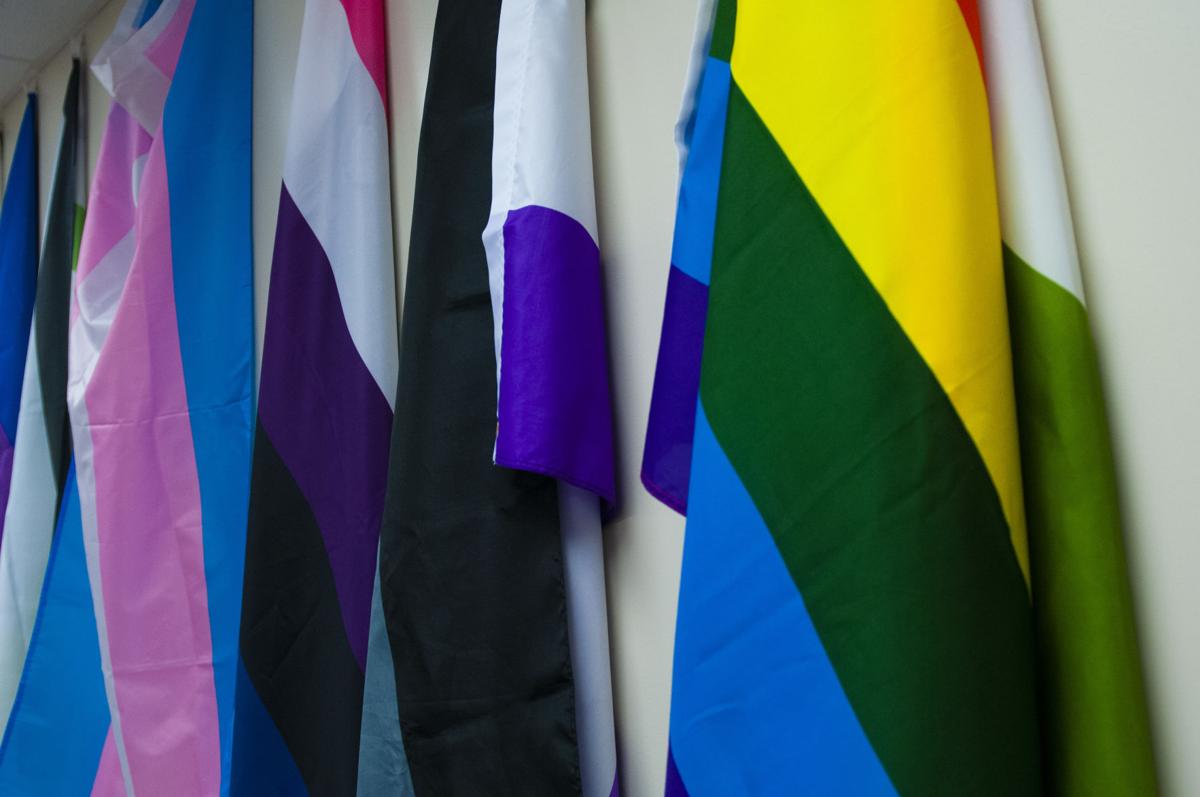 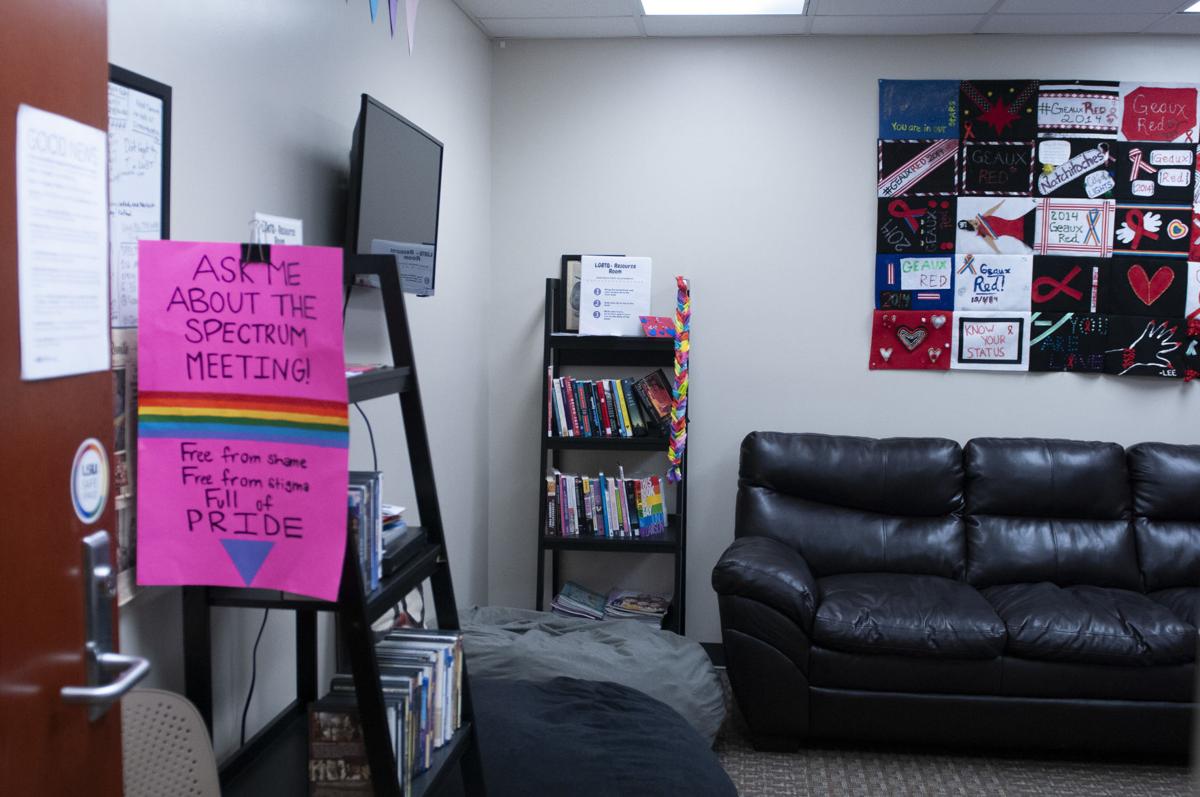 It’s Valentine’s Day, and restaurants are filled with lovey-dovey couples. Students are holding hands as they stroll through the Quad on their way to class. Local drugstores have entire aisles emptied that were once overflowing with teddy bears and chocolate boxes. Valentines are being exchanged across campus, whether it be between couples, friends or coworkers.

But for some students on campus, celebrating love isn’t quite that easy.

Many members of the LGBTQ+ community are met with backlash and even harassment when showing affection in public, whether it be on campus or in the larger Baton Rouge area.

The 2018-2019 Campus Climate survey conducted by the Office of Diversity reported that nearly half of all LGBTQ+ and trans/genderqueer students felt discomfort on campus after hearing comments from fellow students regarding their sexual orientation. About one-third of these students also reported feeling uncomfortable due to comments from faculty and staff.

Students in the LGBTQ+ community also reported feeling excluded from the University’s ‘family’ more than most other groups. Seventy-four percent of trans/genderqueer students reported feeling fear on campus at least every once in a while.

Sociology sophomore Emily Boudreaux and creative writing senior Ashley Cantrelle have been in a relationship for over a year and have received their fair share of stares, heckles and harassment by passers-by.

The two said they do not hold hands in public and often get stared at when eating at restaurants together. When they go to bars, men will often try to hit on one of the women and typically do not cease after they say they are in a committed homosexual relationship.

“There was a group of frat boys that followed us around Rouse’s,” Boudreaux said. “They called Ashley ‘fella,’” which Cantrelle said was because of her androgynous style of clothing.

“They stared at us and made comments,” Cantrelle said. “Then they followed us to the ice cream aisle and got right next to us. Then when we left, they left and didn’t get anything. They lined up next to us by the register.”

That incident happened about two weeks ago. They say incidents like that occur most times that they go out.

For this Valentine’s Day, the two will be staying home and cooking dinner. They said their decision was influenced by the fact that they will be in private and not stared at by other people.

“We would never go to Tigerland, and hardly go to places around here,” Cantrelle said. “We don’t really go out much anymore because so much has happened and because there is only one gay bar in town.”

That one gay bar is Splash Nightclub on Highland Road, which offers a variety of music to dance to on a runway or lighted dance floor. It also frequently offers drag shows and themed events. Cantrelle and Boudreaux like Splash Nightclub, they said, but they don’t always want techno music and dancing on their nights out.

“We have gotten so many comments at bars that we don’t really go out anymore,” Boudreaux said.

Some interactions they’ve had have even turned hostile, like when they went to a nearby bar, and a man there attempted to hit on Boudreaux. When Cantrelle showed up and helped make it clear that Boudreaux was not interested in him, he called them ‘bitches’ and insinuated that he could hurt Cantrelle.

“We’re either looked at as a fetish or a problem,” Cantrelle said.

Only 4% of residents in Louisiana identify as part of the LGBTQ+ community according to an analysis by UCLA’s school of law. The University in particular was recently ranked No. 11 in the nation for most unfriendly LGBTQ+ colleges by the Princeton Review Board.

Some members of the community feel deterred from pursuing relationships because of the hostile environment in Baton Rouge.

“The way I see it, there’s one way to avoid receiving any amount of backlash, which is to just keep it in private like it’s the 1960s,” international studies sophomore Jack Rittenberry said. “You say, ‘hey significant other, the places we’re allowed to go are maybe restaurants, but only if we don’t sit too close together.’"

“For a lot of people, when they come out to people that they know that are close to them, it doesn’t go super well, which sets the stage to not feel comfortable expressing affection in public and wanting to outwardly show that you’re in a same-sex relationship. Especially in the deep South of Louisiana, where it’s not a super welcoming environment, and people use derogatory slurs all the time.”

Rittenberry has frequently been called homophobic slurs when riding his bike to and from campus or when going out at night.

According to a 2014 Pew Research Center study, 36% of Louisiana adults believe that homosexuality should be discouraged.

Not all members of the LGBTQ+ community at the University have experienced such severe discrimination. Psychology sophomore Felix Harrison, a transgender male, has experienced little harassment when alone or with his partner of one year.

“Surprisingly, even though I live in the deep South, I’ve never experienced super substantial mistreatment,” Harrison said. “I do try my best to fly under the radar when I feel like my gender identity will be attacked otherwise. Most of the obstacles I’ve faced have been more in terms of legal issues and medical accessibility.”

However, Harrison is not immune to transphobia. While he has not experienced harassment when out with his partner, he does make it a point to not go anywhere risky, especially late at night.

Spectrum at LSU is an organization that aims to create a community of LGBTQ+ members.

“My only Valentine’s Day plans are to attend what is called Valentine’s gay,” Spectrum president Leigh Fresina said. “This year, we’re making Valentines for each other. And then I’m probably going to Splash [nightclub].”

“We do have an LGBTQ resource room in the Women’s Center,” Fresina said. “It’s a really cool room just to hang out in; we've got a couch, bean bags, movies to watch.”

Fresina also works as the lead student intern for the LGBTQ Project in the Office of Multicultural Affairs. The project offers a number of resources, including how to legally change one’s name or the sex on their license. The Office of Multicultural Affairs also recommends utilizing the Student Health Center as a resource for therapy and wellness.