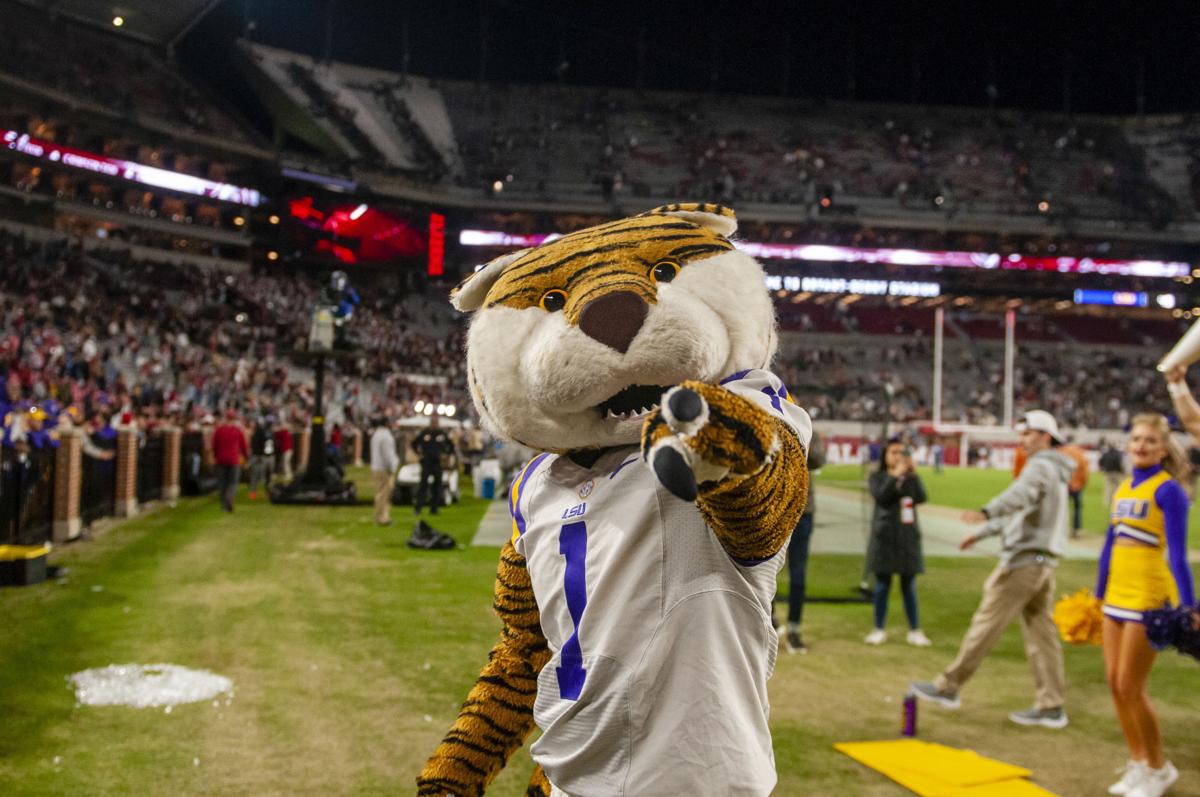 Mike the Tiger celebrates after the Tigers' 46-41 victory over Alabama in Bryant-Denny Stadium on Saturday, Nov. 9, 2019. 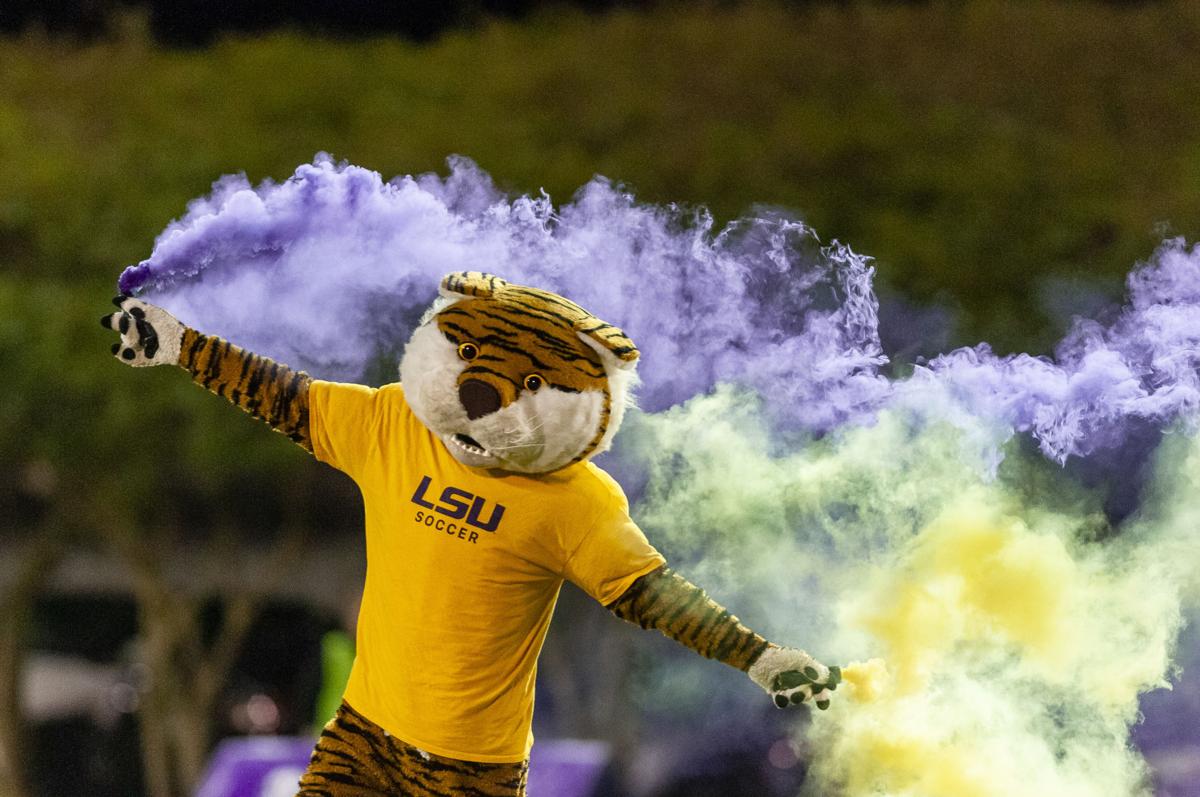 Mike the Tiger leads the team onto the field during the Tigers 2-2 draw against Mississippi State on Thursday, Oct. 24, 2019, in the LSU Soccer Complex.

Mike the Tiger celebrates after the Tigers' 46-41 victory over Alabama in Bryant-Denny Stadium on Saturday, Nov. 9, 2019.

Mike the Tiger leads the team onto the field during the Tigers 2-2 draw against Mississippi State on Thursday, Oct. 24, 2019, in the LSU Soccer Complex.

He’s at every football game, but he’s never playing. He’s on the field at halftime, but he’s not part of the band. He even shows up at Middleton sometimes, but he’s never studying. Everybody loves him, but nobody knows him. Being the Mike the Tiger mascot takes a lot of effort.

Mike the Tiger auditions begin every April. Before the selection process, an informational meeting is held to notify all potential tigers of general requirements and what the Spirit Squad entails. The height range suggestions are generally between 5 feet 9 inches and 6 feet, so that students can fit into the costumes.

In the auditions, candidates dress in provided tiger costumes and give performances, each with their own interpretation of the Mike character. After the candidates are narrowed down, the best contestants are called back for interviews.

This process ends with select students earning the position of LSU’s mascot. The number of student mascots varies every year. While there have been female Mike the Tigers, the team this year is an all-male group of five.

LSU Spirit Coordinator Pauline Zernott explained that the position requires a lot of time, though the exact amount can vary each year based on how many Mikes there are.

Once selected, the students must go through mandatory summer training, in which they learn everything from Mike’s walks for each occasion to his special signature. The idea is that a fan would never know that there’s more than one mascot.

Zernott emphasized that this training is essential for portraying Mike accurately.

“You can’t just jump in the suit and be Mike. You would definitely know a person that has not been trained,” Zernott said. “We have a special pregame walk that he does when he’s out on the court or on the field with the band, he has his just regular game day walk, which is kind of like a cool cat and then he’s got character as well.”

Football game days require all hands on deck. Since the suit is so warm, each person can only stay in it for a limited time, especially during the earlier games of the season. Mikes regularly switch off throughout the day.

One person does the march down Victory Hill and early events, like tailgating, while another does the pregame and part of the first quarter, followed by a rotation for each quarter. Other sporting events, such as basketball games, have about two mascots, who switch off.

Besides being able to lead the Golden Band from Tigerland down Victory Hill and crowd surfing in Tiger Stadium, the University mascot position also comes with a stipend and other athletic benefits.

As Mike’s presence can be requested for private functions or community events, and is currently in great demand, mascots can volunteer for these non-mandatory events to earn a promotional volunteer point. At the end of the season, the mascot with the most points receives an additional bonus stipend.