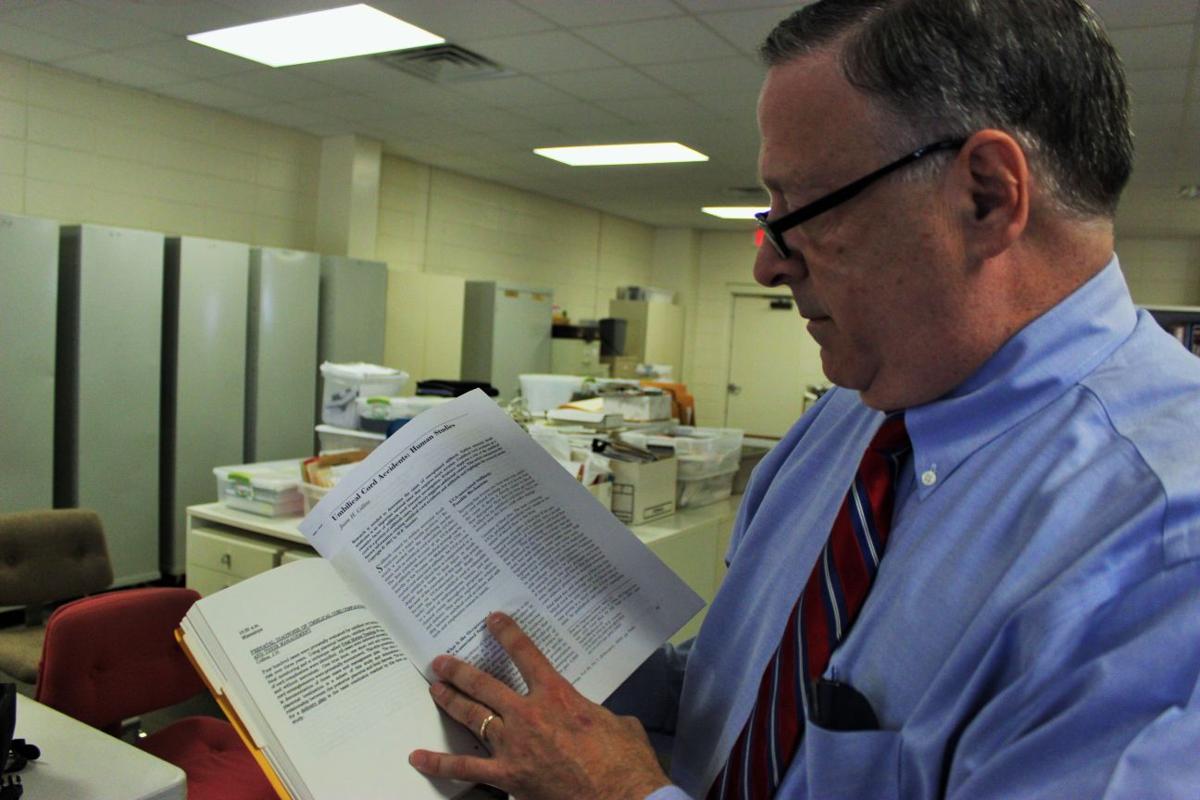 Dr. Jason H. Collins at his office in New Roads. 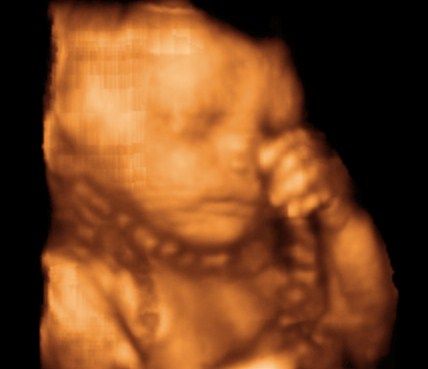 NEW ROADS -- The umbilical cord is the main pathway for a fetal development. It is also holds the potential of serious harm.

A researcher from New Roads is attempting to reduce stillborn births caused by the umbilical cord. Jason Collins, a former obstetrician from Slidell, has made several discoveries to understand the potential risk of cord accidents.

Jason Collins’s medical research specializes in umbilical cord accidents that are fatal. Collins, 60, began his studies in 1991 when a patient’s fetus had sudden changes in heart rate and decreased movement.

In the 1991 case, Collins took the mother into the hospital and once the child’s heart rate began to lower, she had to deliver. The infant had a knotted umbilical cord around its neck.

Collins took a photo of the newborn and published the incident and the research went global.

While an obstetrician at Slidell Memorial Hospital, Collins started The Pregnancy Institute, a non-profit research organization dedicated to exploring the unknown about umbilical cord accidents. He decided to move to New Roads after Hurricane Katrina flooded his office and home in Slidell.

After interviewing more than 1,000 couples who experienced stillborn births due to umbilical cord accidents, Collins and his team – his physician wife and physician brother, Charles and Candace Collins – and his wife assessed patients for the potential of cord entanglements. They later returned to private practice.

Indications that could foreshadow an umbilical cord issue with a child in the womb include too much or a little activity from the fetus.

An indicator of excessive activity in the fetus is hiccupping several times a day, every day. a sign that the mother’s blood flow to the umbilical cord has been compressed. The natural reaction of decreased umbilical blood flow is the hiccup, says Collins. It may be natural, but it doesn’t mean it’s harmless.

On the other hand, if the child does not kick 10 times within a two-hour observation. It might mean cord entanglement, as well. He stressed these must be kicks and not movements of the child. If either of these issues occur, Collins says, the mother should acquire immediate medical attention, an ultrasound and fetal evaluation.

Monitoring the baby’s movements and activity on a daily basis can reduce the risk of stillbirth, he says. The primary time of these fatalities occur during the mothers’ sleep between 2 a.m. and 4 a.m.

Collins notes the peak of Melatonin, the hormone that controls the sleep cycle, causes uterine contractions. The baby may maneuver and position itself such that there is greater risk of cord entanglement.

The goal for Collins is to make it a standard procedure for physicians to educate mothers the potential risk of cord entanglement. According to a National Institute of Child Help and Human Development (ICH.D) study, occurrences of cord entanglement are as common as high blood pressure during pregnancy and gestational diabetes, said Collins

With this research, Collins has published a book The Silent Risk to explain the causes and risks due to umbilical cord accidents. He reassures parents this type of infant death does not result something “the patient did or did not do.”

Collins says he hopes for a day where the mother can monitor the baby’s health at all times so there is less risk. His published articles, research, and other materials can be found on his website : www.preginst.com or on twitter: @jcollinsmd77.