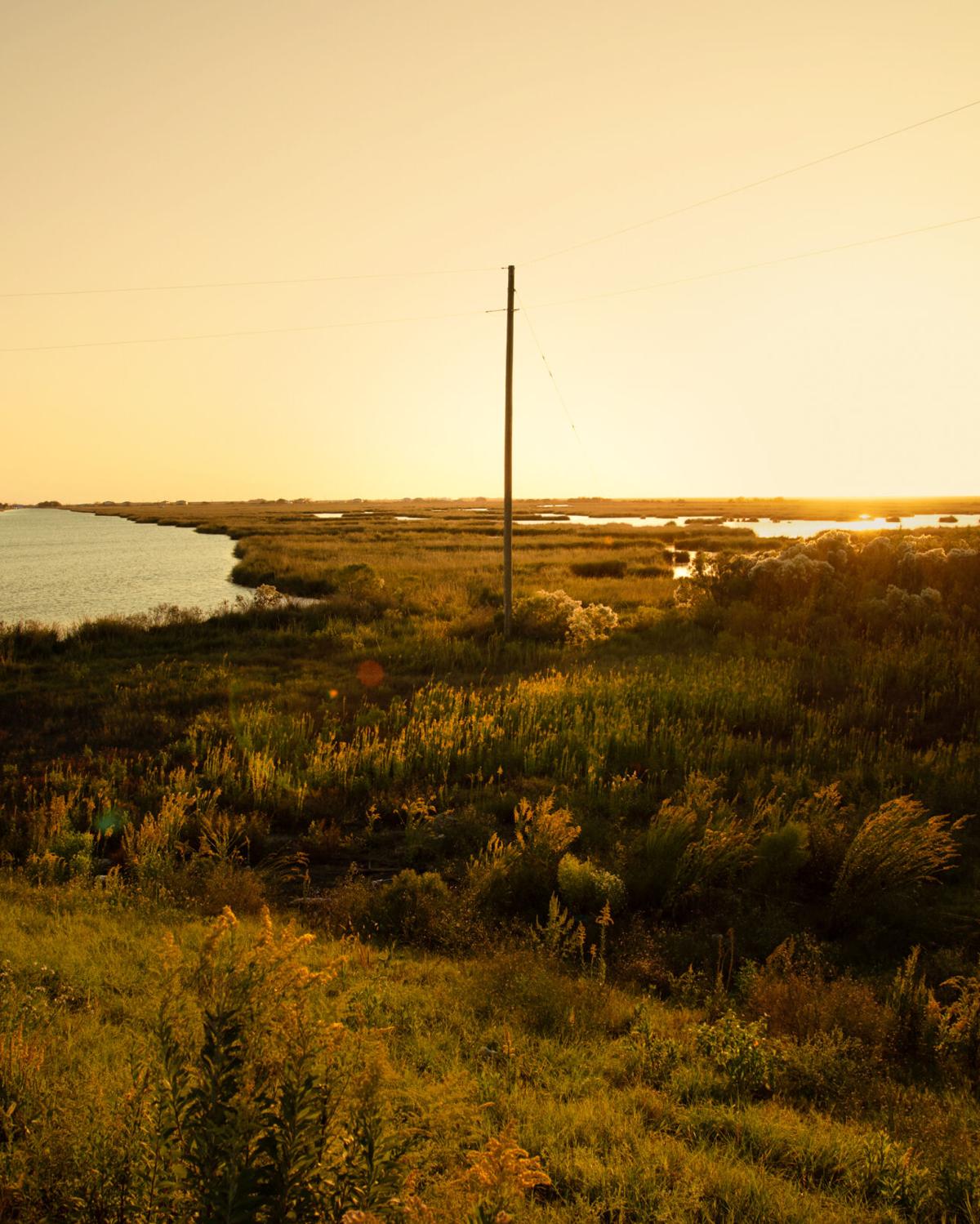 Port Eads, Louisiana, is located at the end of the Mississippi River. Once a small community with a school and post office, the port is now sparsely inhabited, serving only as a fishing destination. Photo by Virginia Hanusik 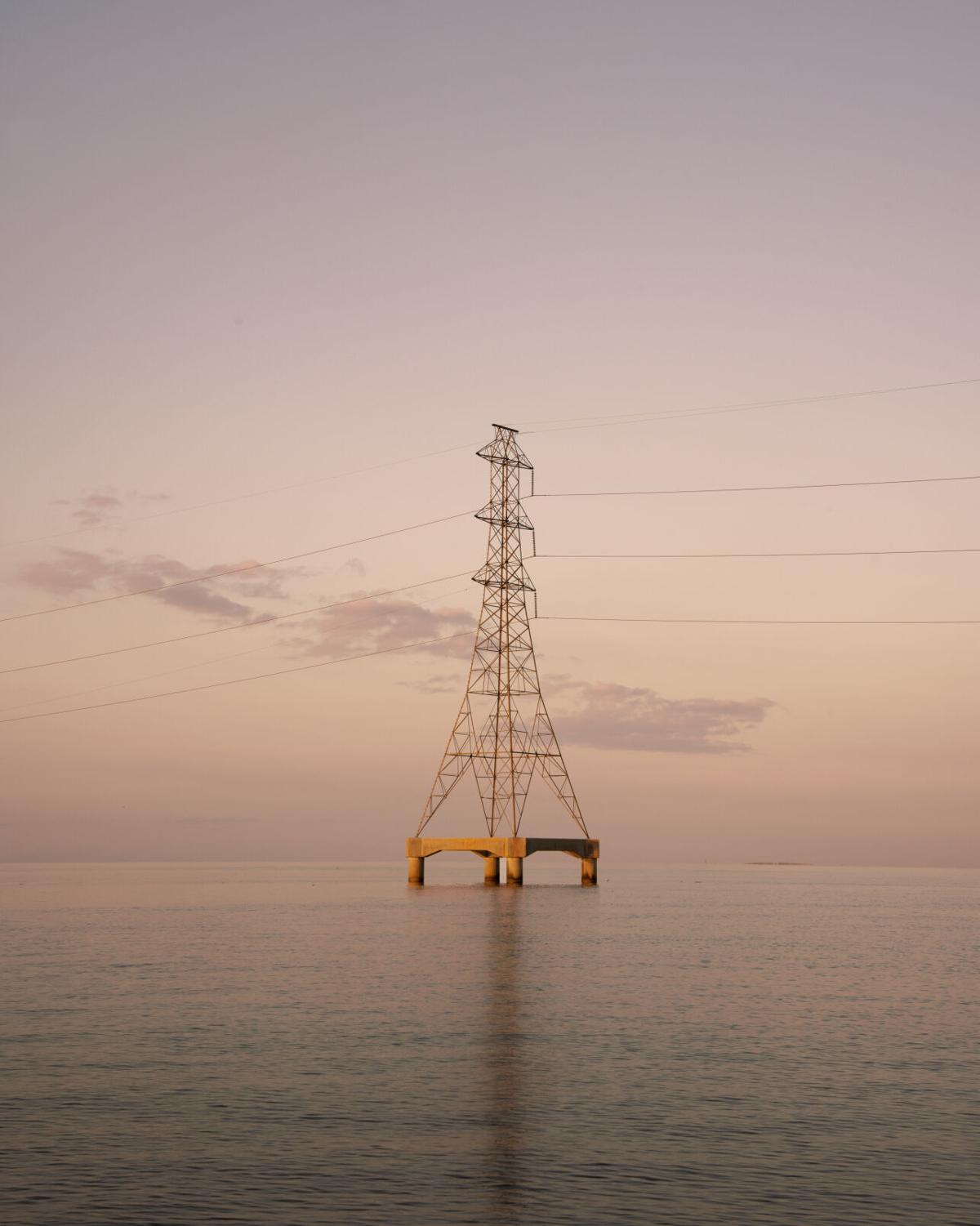 Virginia Hanusik's series "All the Good Earth," explores Southern Louisiana's relationship to water and the systems needed to control it. 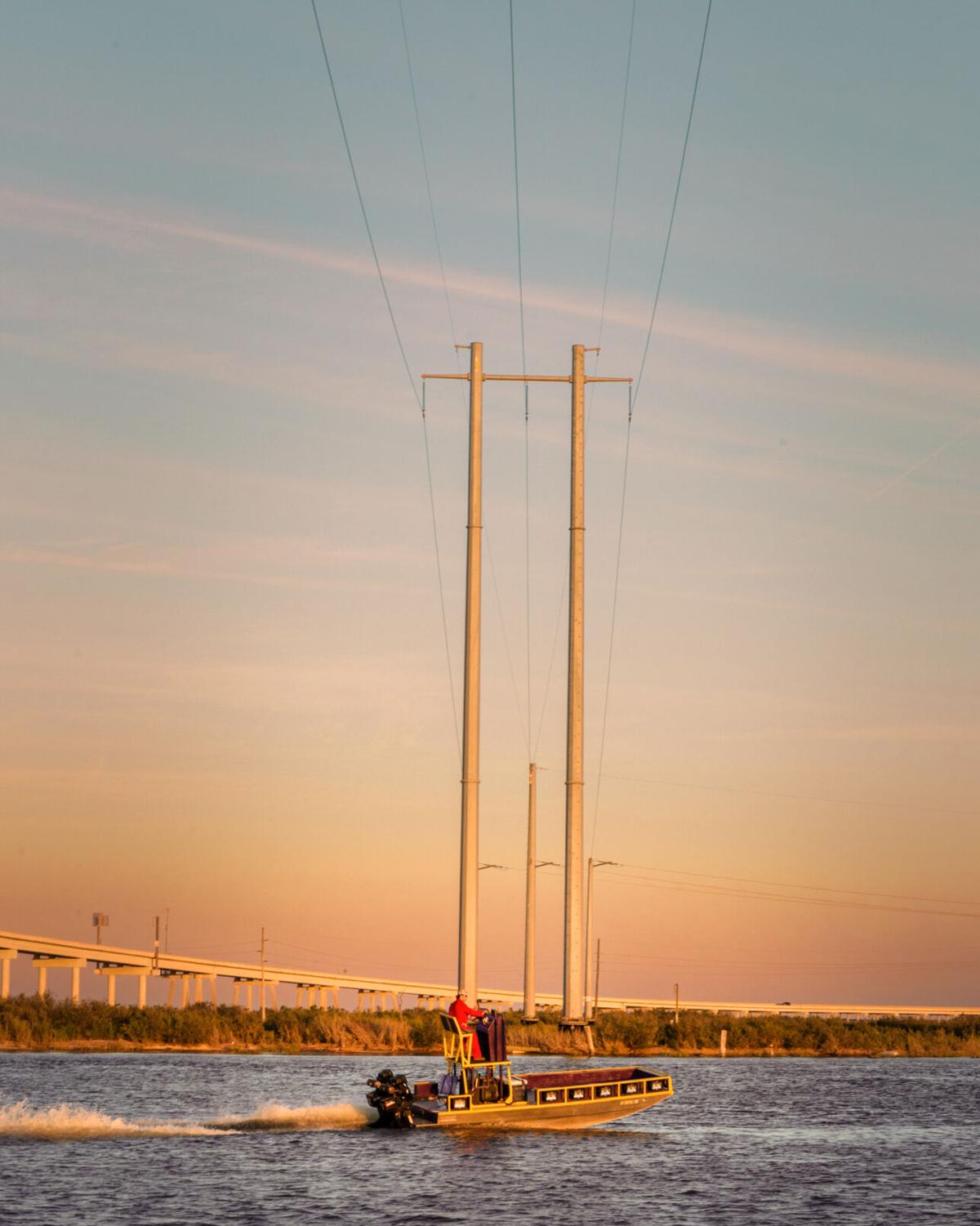 Louisiana Highway 1 Bridge over Bayou Lafourche sinks each year as a result of coastal erosion and ground subsidence. High water frequently closes the highway to travel. Photo by Virginia Hanusik

Port Eads, Louisiana, is located at the end of the Mississippi River. Once a small community with a school and post office, the port is now sparsely inhabited, serving only as a fishing destination. Photo by Virginia Hanusik

Virginia Hanusik's series "All the Good Earth," explores Southern Louisiana's relationship to water and the systems needed to control it.

Louisiana Highway 1 Bridge over Bayou Lafourche sinks each year as a result of coastal erosion and ground subsidence. High water frequently closes the highway to travel. Photo by Virginia Hanusik

Editor's Note: This story was initially published in Project Citizen: Climate 360, a collaboration between a diverse group of students from across the United States devoted to reporting on climate change.

But that’s not what you’ll find in Virginia Hanusik’s photography. Instead, you’ll encounter portraits of still Louisiana wetlands, stilt houses and man-made levees.

Hanusik is a photography fellow with the Landmark Columbus Foundation and an incoming artist-in-residence at the Louisiana-based A Studio in the Woods, an artistic and academic residency created by Tulane University.

Much of Hanusik’s work is focused on infrastructure along Louisiana’s gulf coast.

“When you’re talking about a levee, it’s not just a concrete wall,” Hanusik said. “It’s something that symbolizes our need to control nature for x, y and z reasons and thinking about the role it plays in protecting certain communities over others. Those are all beliefs and value systems that some people buy into, and it creates policy.”

Louisiana is on the frontlines of climate change with increasing temperatures, devastating storms and frequent flooding.

In the past 100 years, Louisiana has lost over 2,000 square miles of land due to subsidence, erosion and sea-level rise. Beyond economic costs, this land loss represents families that have inhabited Southern Louisiana for generations and a unique blend of culture and history.

“I see my work more speculative and not really trying to get a documentary angle but more of thinking about the history of how we’ve built, and inhabit these coastal spaces,” Hanusik said. “What types of policy has influenced that, what the future of it is, and really trying to analyze those questions visually.”

The architecture Hanusik captures is, in her eyes, a symbol of a larger, more complex issue around how humans inhabit spaces that climate change is rapidly transforming. She recognizes South Louisiana as a predictor for what’s to come in coastal communities across the United States.

And beyond the challenges and intricacies of these coastal spaces, they’re simply stunning.

Hanusik often finds herself overwhelmed by the unique beauty of Louisiana landscapes and fragile ecosystems. She recalled her visit to the Port Eads Lighthouse where the Mississippi River meets the gulf.

“The light as it was hitting the marsh was just a very humbling moment, and it’s a scene that I’ll never forget,” Hanusik said. “It was something that can’t be really described in words, and I just hope that some of my pictures are able to capture a small amount of that beauty that exists.”

She noted the role of the Louisiana Coastal Restoration and Protection Authority and advocacy groups in protecting these scenes. The state’s Coastal Master Plan to replenish its receding coastline is expected to make major gains over the next few years. But progress isn’t being made fast enough, Hanusik said.

“The rate at which we’re moving with climate policy, as a whole, is too slow,” she said. “Looking at projections for how hot it’s projected to get and how much land Louisiana is expected to lose, there’s a lot more that we can be doing.”

In photographing coastal landscapes and infrastructure, Hanusik hopes to contribute to this progress. She seeks to create images that are not only visually interesting but also motivate people to get involved in the solutions to climate change.

More than anything, she feels privileged to live and work in Louisiana. “I just love this place so much,” Hanusik said.

“There is no other option. It’s my life and my work and what I’m committed to, so I really don’t see myself focusing on anything else at this point. It’s something that I wake up excited to work on every day and just hope that it encourages other people to do the same.”

Scattered thunderstorms in the evening, then variable clouds overnight with more showers at times. Low 67F. Winds NNW at 10 to 15 mph. Chance of rain 60%.