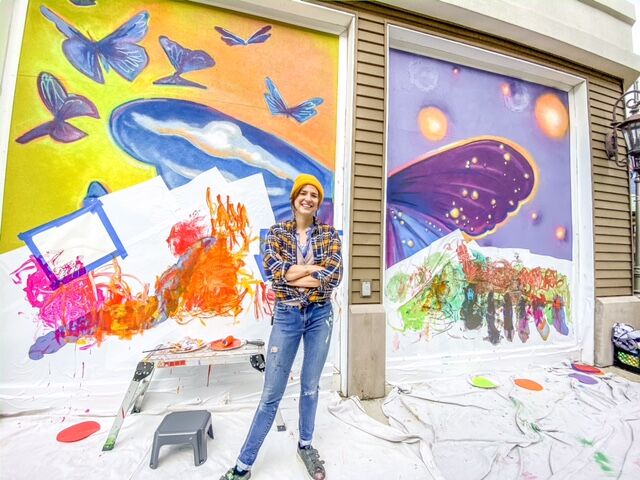 LSU alumna Ellen Ogden paints murals around Baton Rouge, including one at the Emerge Center. 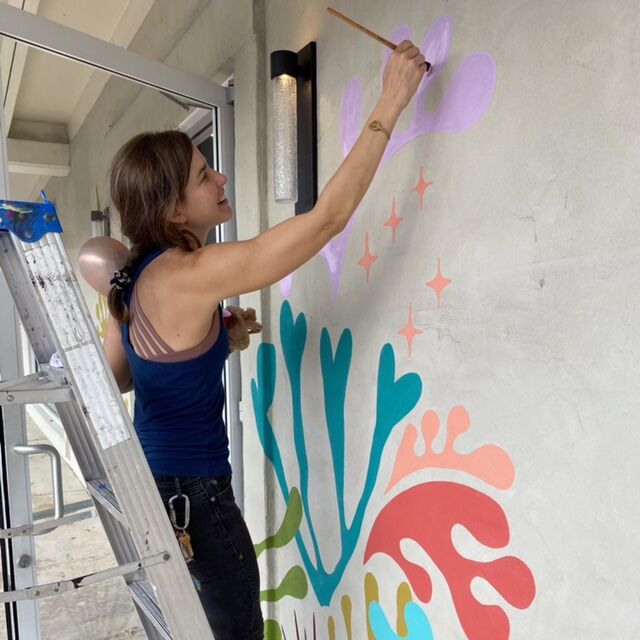 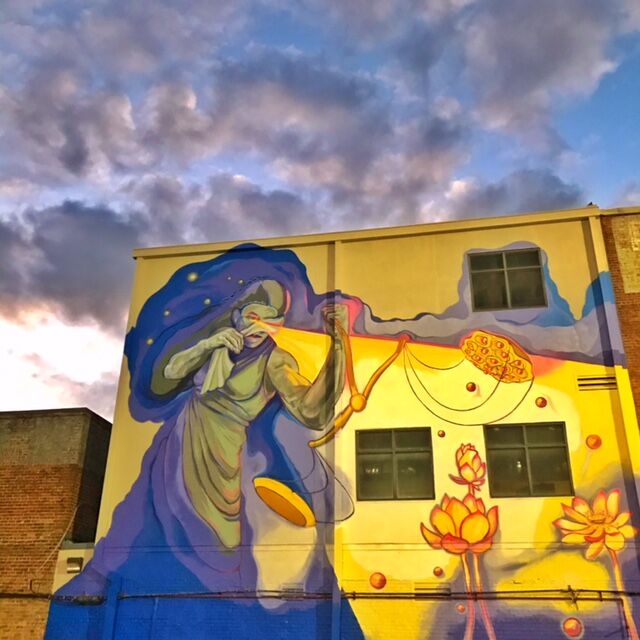 LSU alumna Ellen Ogden painted the “Equal Pay Mural” for the series “OneRouge” in collaboration with the Walls Project in Baton Rouge.

LSU alumna Ellen Ogden paints murals around Baton Rouge, including one at the Emerge Center.

LSU alumna Ellen Ogden painted the “Equal Pay Mural” for the series “OneRouge” in collaboration with the Walls Project in Baton Rouge.

After showcasing her artistic skills as a sign painter for Trader Joe's, one LSU alumna’s art is featured in murals and businesses across Baton Rouge.

LSU alumna Ellen Ogden used the COVID-19 pandemic to build up her painting business. She discounted her window painting prices in a project called “Reflect Love.” She said the project had so much success that she had to recruit a friend to help her.

“I have been fortunate to stay busy, because I kind of self-invented a project during COVID called 'Reflect Love,'” Ogden said. “It really generated positivity not only for me and the businesses, but for the public to walk by and see.”

Parish Brewing Company is the most recent business that Ogden painted a mural for. The company uses unique designs on their cans and Ogden said she was able to use those designs for inspiration while creating a mural full of color that says “Welcome to the future." She also painted a beer barrel with two taps on either side for the brewing company.

“Working with 20 different beer labels, I created this narrative design that walks you from terrestrial to celestial, from concrete to abstract, from grounded reality to the void, from the past to the future,” Ogden said on her most recent Instagram post.

While she was unable to pick a favorite project, her "Walls" project, dedicated to equal pay, was at the top of her list.

“I will say that I have put the 'Walls' project piece before as being one of the most passion-driven projects, because it was for a really good cause,” Ogden said. “It was for raising awareness for the drivers of poverty, particularly from a woman’s standpoint.”

During her time at LSU, Ogden travelled abroad to Paris and London for the summer and New Zealand for a year. She said she is able to use those experiences in her art.

“I think that kind of thing gives you a lot of perspective, traveling and living somewhere else,” Ogden said. “You're abject and kind of the odd man out [which] grants you so much perspective, especially as an artist, to generate something that talks to a lot of people.”

Every project looks different for Ogden, and she said she goes into each project with an open mind and new perspective.

“Sometimes I will improvise on sight depending on the project and have a basic design on the side,” Ogden said. “And sometimes it’s really particular branding that I’ve worked with a designer to come up with, and so it needs to stay perfectly ratioed so that's when I'll use transfer paper or different other cues and tips that I’ve picked up along the way.”