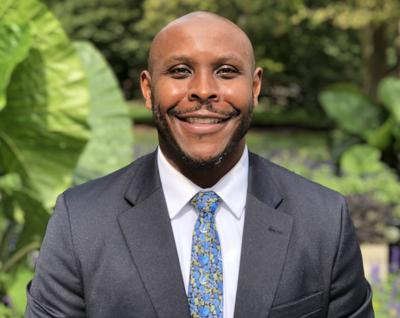 LSU announced Brandon Common as the new Associate Vice President for Student Affairs and Dean of Students in a press release Sept. 28.

Common currently serves as the assistant vice president of student affairs for campus life at Illinois Wesleyan University. He will begin his LSU tenure Dec. 7 and will serve as LSU’s principal student advocate and provide strategic leadership to improve the student experience.

Common said he is embracing the new challenge waiting for him in Baton Rouge.

“I’m looking forward to it,” Common said. “It’s a different culture. The Midwest is quite different from the South. I’m excited to learn the culture of a different place, immerse myself and learn all the things that make LSU and the South special.”

Common said it will take time to adjust to the new region, though.

“There will be times when I misunderstand a phrase or saying that’s common in Louisiana,” Common said. “But I want people to reflect on my progress and say ‘okay Brandon, you’re learning now. You’re one of us.”

Common started learning some unique aspects of Louisiana culture during his last days at IWU.

“On my campus we have [the Posse foundation] and we partner with the New Orleans chapter,” Common said. “The New Orleans-based students at IWU have been helping me a little bit with my transition to LSU. They’ve been feeding me all types of information about Louisiana culture."

Common learned about the job opening at LSU through an associate.

“I had a friend who sent me the job posting and told me they thought I would be a great fit,” Common said. “One thing that kept drawing me back to the job opening were the priorities of the division of student affairs towards belonging, inclusion and quality. I felt those were the core of my professional identity and felt the school’s values aligned with mine.”

Common said he was grateful for the opportunity to work with Jeremiah Shinn, LSU’s vice president of student affairs.

“I appreciate the leadership of Dr. Shinn,” Common said. “I read somewhere that there are about 153 hours outside of the classroom on a weekly basis and I liked that Dr. Shinn wanted to maximize the student experience at LSU.”

Shinn said he looks forward to seeing Common’s impact on LSU once his tenure begins.

“One of the things I appreciate about Dr. Common is he always brings a student-centered mindset to the job,” Shinn said. “I believe he will actively build relationships with students from all corners once he steps foot on campus. I think he will be a trusted administrator and somebody that students know they can rely on.”

Shinn said Common stood out from the rest of the candidates.

“We had a tremendous pool of candidates that made for a very competitive search,” Shinn said. “When I would return to position profiles and review our criteria, Dr. Common was the candidate that kept getting our attention. I believed Dr. Common was the best choice to be the dean of students.”

'I got the bug': Interim President Thomas Galligan 'interested' in permanent president position

Shinn said Common's most notable attributes were the way he articulates his experiences and connects different ideas. He also praised Common for his focus on student experience.

“I want to uplift the primary priorities of the Division of Student Affairs,” Common said. “When you think about the idea of quality, you wonder how do we show every student a higher degree of care and relevance? I want to focus on the priority of students feeling that they matter and belong. I want students to believe that LSU is another home.”

Common plans to embrace his new home and chapter in his life when he arrives in December and students return for the spring semester in January.

“I want to support students in as many ways I can,” Common said. “I want to be an advocate for the LSU and Baton Rouge community."

Mostly cloudy with some showers after midnight. Thunder possible. Low 67F. Winds SSE at 10 to 15 mph. Chance of rain 50%.

Mostly cloudy with some showers after midnight. Thunder possible. Low 67F. Winds SSE at 10 to 15 mph. Chance of rain 50%.

Showers early, becoming a steady rain late. Low 59F. Winds light and variable. Chance of rain 70%. Rainfall near a quarter of an inch.

Chance of a shower or two during the evening, followed by partly cloudy skies late. Low 42F. Winds NW at 10 to 15 mph. Chance of rain 30%.