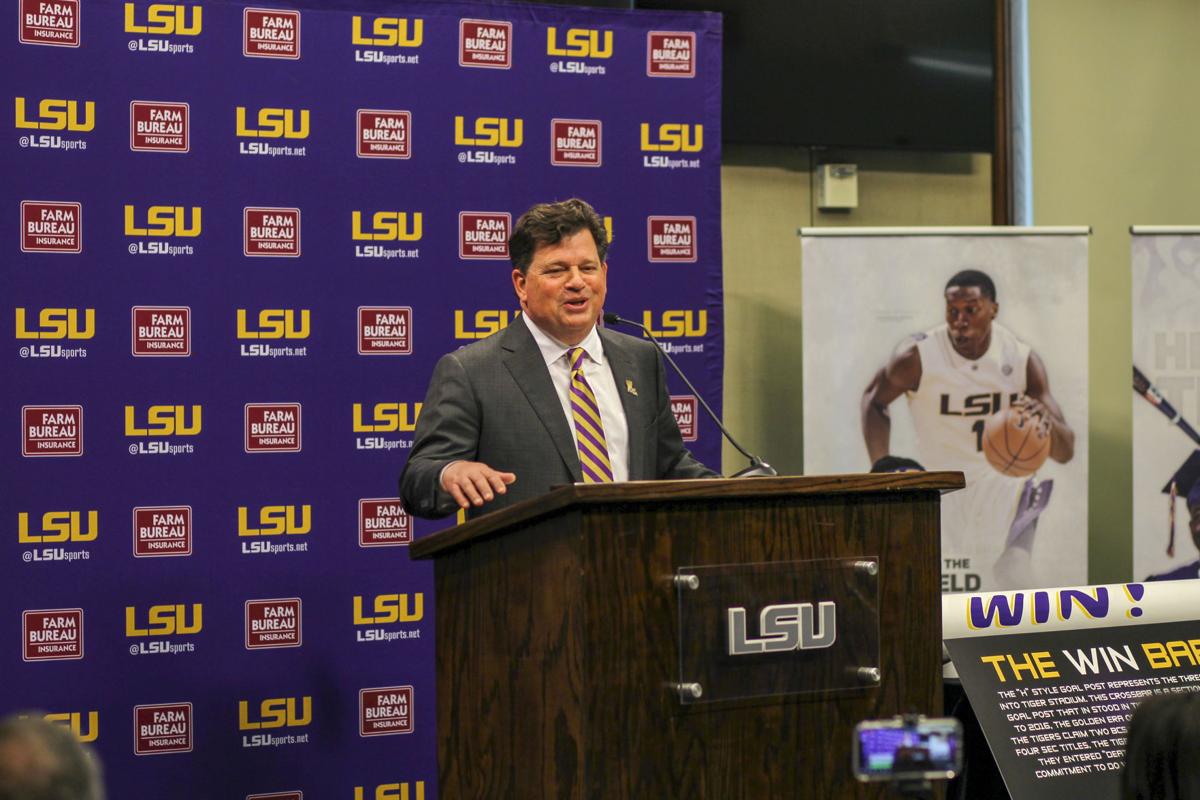 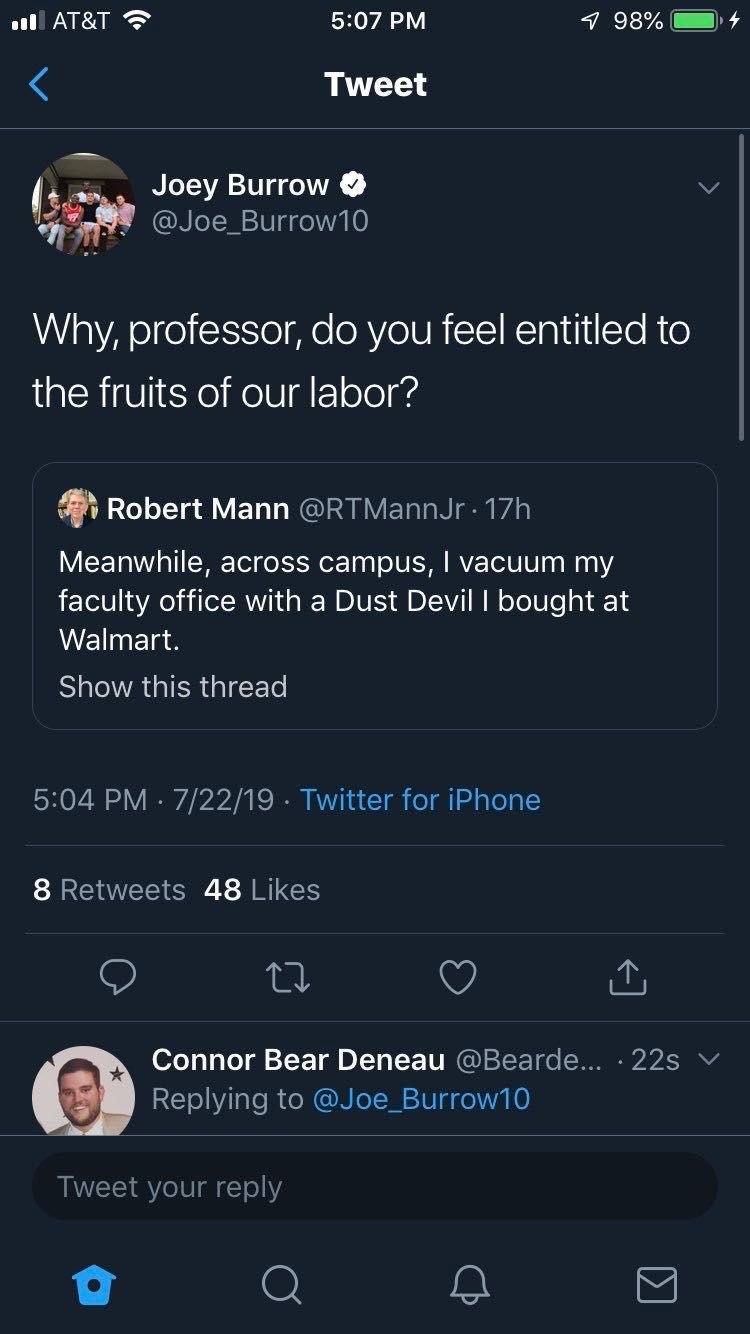 An Athletic Department policy that transfers $7.2 million annually to the LSU General Fund is being reevaluated, according to first-year athletic director Scott Woodward.

The policy, implemented by LSU athletic director Joe Alleva at the height of the University’s financial squeeze in 2012, created a partnership between the athletic and academic departments to ensure the success of public service, research and campus development, as well as student athletic facilities. The Athletic Department has transferred about $66 million through this policy since 2012.

“Athletics will always support the University, but we want to find a way to do it that is sustainable for all of LSU,” Senior Associate Athletic Director Robert Munson said. “We are working with the University to do just that, and any change would require approval of the president and the Board of Supervisors.”

The Athletic Department’s donation each year goes into the University General Fund, rather than being split up between different departments, said LSU Media Relations Director Ernie Ballard.

While the policy has not been changed yet, Woodward’s comments reignited further division between University departments.

Political Communication professor Robert Mann openly expressed his disappointment via social media, when he responded to a picture of the renovations with a tweet saying, “Meanwhile, I was across campus vacuuming my office with a Dust Devil I bought from Walmart.”

Mann’s critical comments elicited a scathing response from University quarterback Joe Burrow, asking why Mann “felt entitled” to the fruits of Burrow’s labor. The tweet was later deleted, but the sentiments remained part of a larger discussion regarding athletic and academic department relations.

However, not all University faculty are against athletics keeping its money to itself. E.J. Ourso College of Business Dean Richard White said in an interview that while he appreciates donations from the athletic department, he would rather academics operate independently by tuition revenues, state revenues and private donations.

Despite receiving some of the largest private donations of any college on campus, White said the College of Business historically struggles with lack of funding and a poor student to faculty ratio.

If the College of Business received the $7.2 million, the first thing White said he would do is hire more staff to put together a strong faculty, maximize research production and perform as a research level 1 university.

College of Business Assistant Dean and Budget and Finance director Brian McNamara said the $7.2 million would be a “game changer” and a 25% boost of the college’s annual revenue.

“It’s a pretty unrealistic scenario,” McNamara said. “It’s our normal revenue stream that’s important. But I think athletics fuels a passion for LSU, and it works in our favor in a lot of ways.”

Both McNamara and White said they believe the key to solving academic funding problems is recruiting a more diverse, robust student body and retaining students until graduation.

“Athletics is not our answer financially,” White said. “If we had a bad football season, for example, we might have athletics coming to ask academics to help them. That would be a pact with the devil, if we really depended on athletics to fund the academic side.”

Interim College of Humanities & Social Sciences Dean Troy Blanchard also remained neutral about the athletic funds policy’s continuation. Blanchard said since he began his temporary position in May 2018, funding has been stable.

“The assessment of the policy takes place at an administrative level above the academic unit,” Blanchard said. “As an academic college, we will continue to utilize any and all available resources to ensure the success of our students, faculty and staff.”

Blanchard said if HSS had the $7.2 million surplus to themselves, he would prioritize allocation of resources to promote its strategic plan. Similar to White’s vision for the College of Business, the first priority of Blanchard’s strategic plan is to attract and retain talented students and faculty. Other goals include enhancing education experiences, promoting the college’s national recognition and maintaining a safe, easily accessible infrastructure.

The estimated average salary for first-year tenure-track professors is $90,000 along with an annual $39,600 in benefits, including healthcare and retirement, according to the Office of Academic Affairs. The hiring process itself is expensive, costing about $5,000 per person along with about $7,000 in computer and moving costs. For science staff in need of specialized labs, prices can approach $1 million.

While most universities have the freedom to alter annual tuition costs, LSU cannot consider raising tuition without a two-thirds vote from the state legislature. White said he wishes it could be re-evaluated each year so the University could raise and lower tuition to meet market demands. White also said athletics is an “easy target,” but bureaucratic state policies are the source of the problem.

“I don’t think it’s a cut and dry yes or no answer, but I have great optimism for the future because of our brand,” White said. “Our brand is priceless. We have a tremendous reputation, and in the long run that will overpower any issues we have.”

College of Music and Dramatic Arts Dean Todd Queen said the University is lucky to have a successful athletic program, but the academic department cannot look to its generosity as a permanent solution.

“Globally, I don’t think any dean would tell you that the college has enough money to operate,” Queen said. “I think what you’ll find is that it’s rather unique that an athletic program donates back to an academic program, certainly at that level.”

Queen said with more money he would help create more opportunities for students. For example, when the University added the student excellence fee, Queen created a student professional development fund. Students are allowed to request money from this fund up to three times a year to help finance academic trips and workshops.

Manship School of Mass Communication Dean Martin Johnson said in an email that the Manship school would use increased funding to support its goals of improved student engagement.

Editorial Board: LSU's misguided principles on display again with end of transfer-fund policy

Scott Woodward’s tenure as LSU’s athletic director began as a breath of fresh air. His presence marked a departure from the well-worn road of …