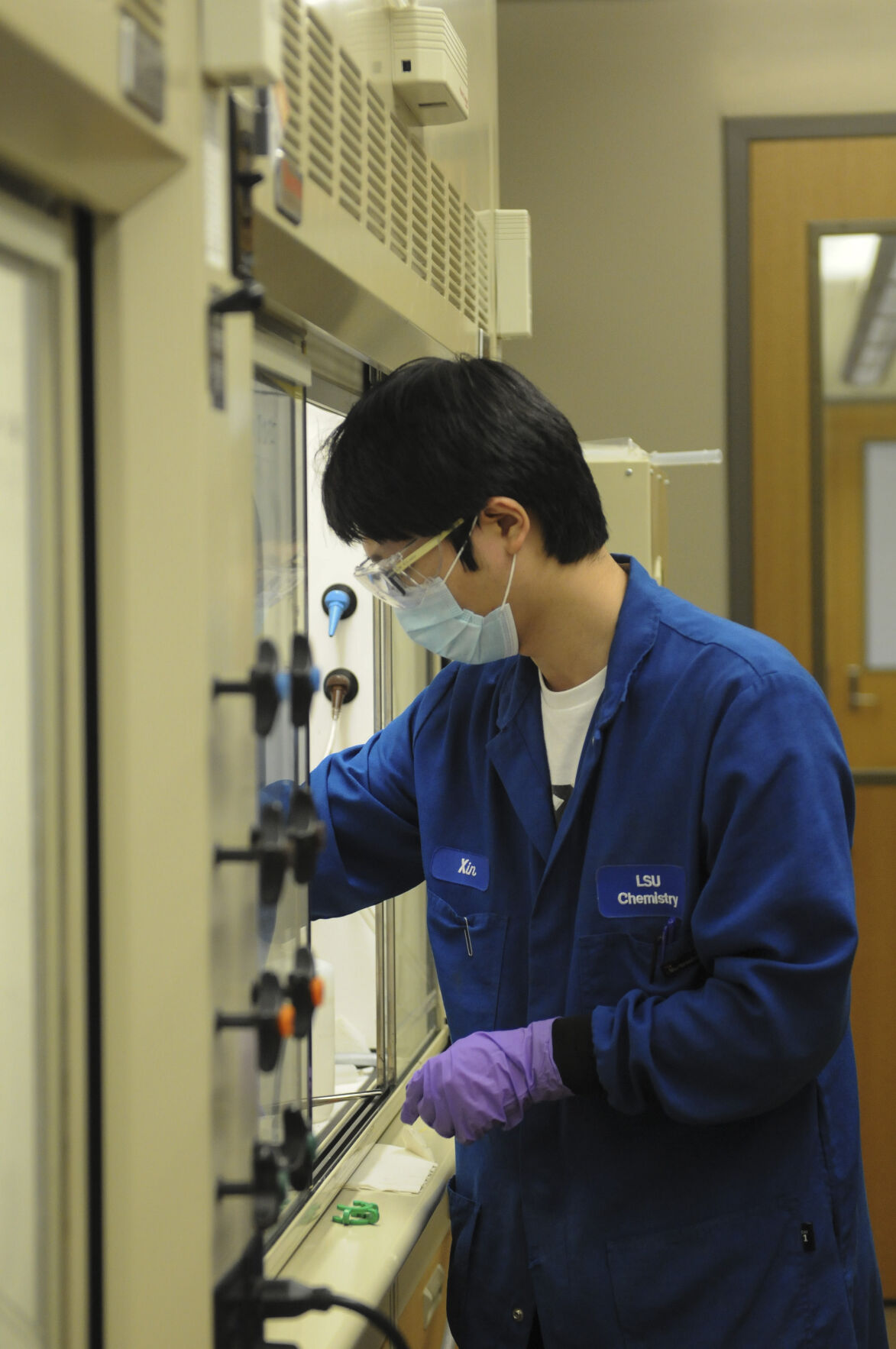 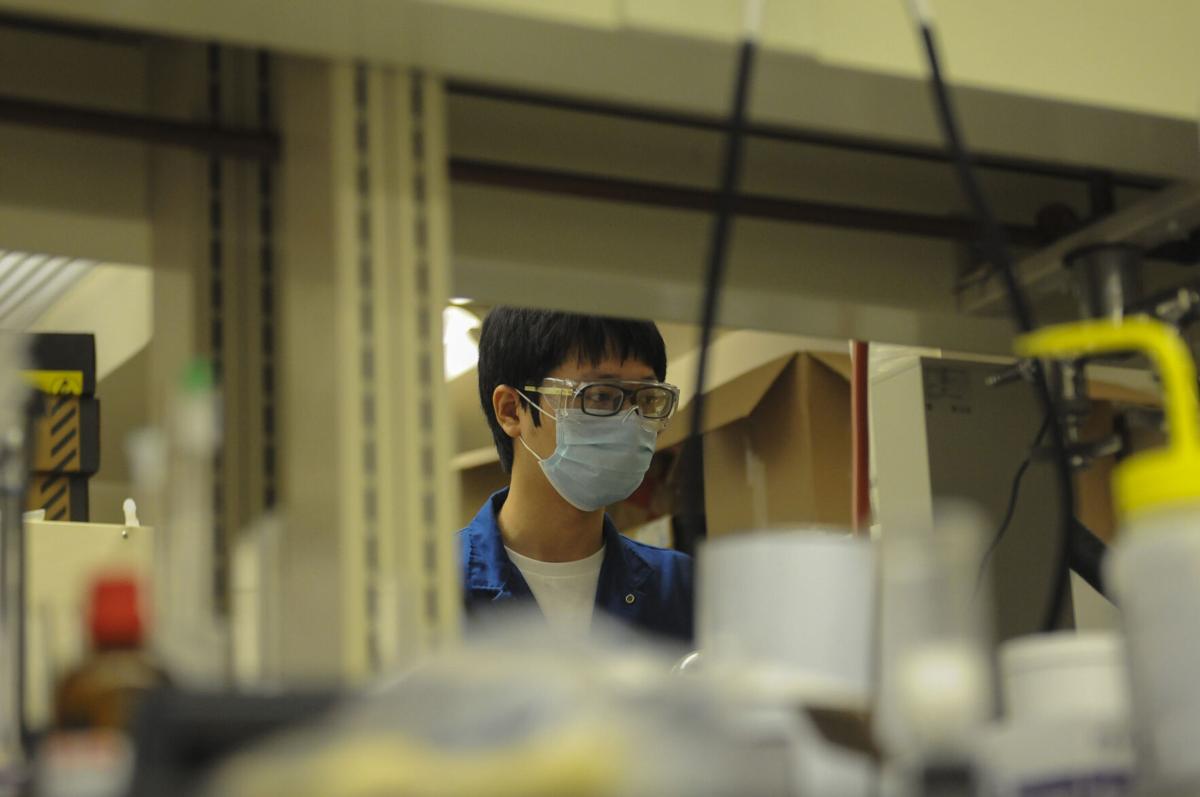 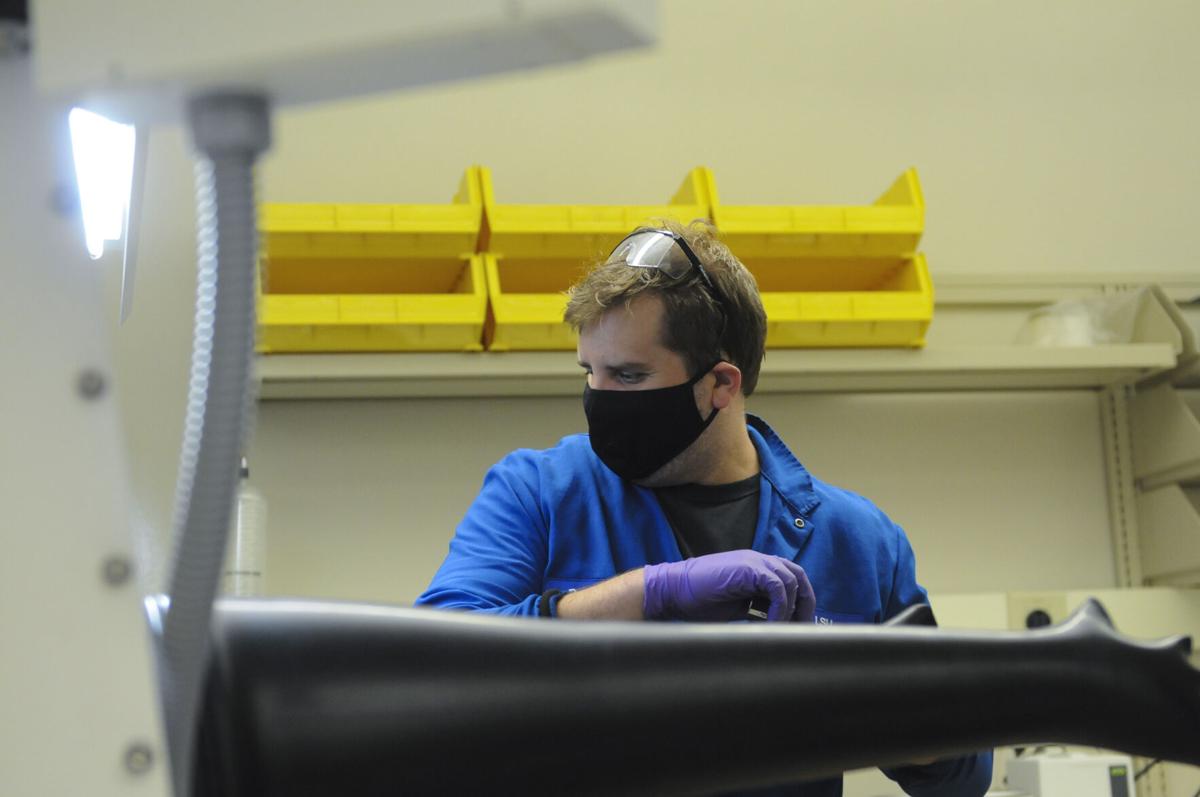 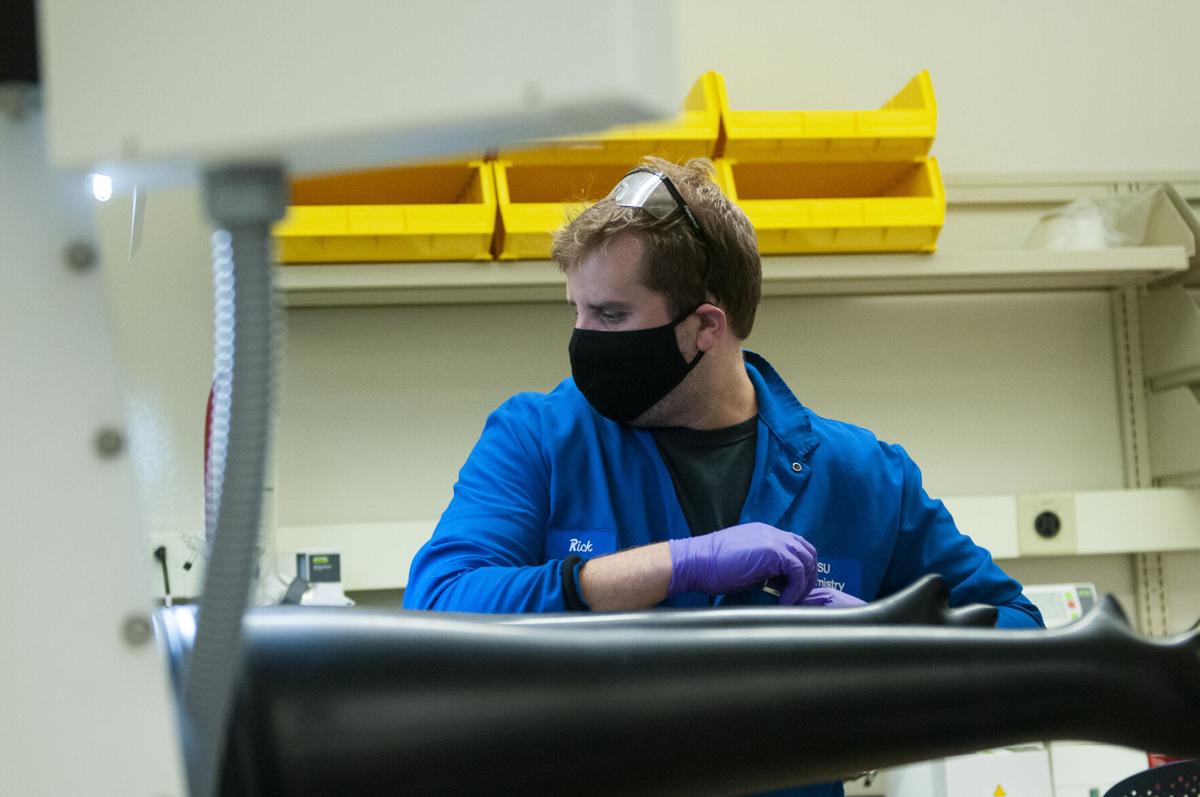 In chemistry, Lee said metathesis means that two atoms that are bound together can switch bonding pairs with other atoms. If metathesis involves breaking and reforming carbon-carbon triple bonds, it is referred to as alkyne metathesis.

Lee said if molecules were Lego pieces, normal carbon-carbon bonds are formed by gluing Lego pieces together; if someone makes a mistake while making their favorite Lego set, they are stuck with the wrong structure and need to throw it away. However, alkyne metathesis can loosen up the glue so that one can easily correct mistakes.

He said this type of “error correction” capability is the hallmark of metathesis and it allows chemists to synthesize complex molecules with ease in large quantities.

“If you use a normal chemical reaction where you just form a bond and they don’t break apart, you can form unwanted side-products,” Lee said. “What alkyne metathesis can do is — the catalyst can go in between and break these bonds and then make it reform. It’s a very productive reaction.”

Additionally, Lee said alkynes are rigid and straight, making them popular components for constructing porous materials that can capture greenhouse gases and other types of pollutants. Better alkyne metathesis catalysts can produce further advancements in such areas.

Carbon-carbon triple bonds are strong and require a highly reactive metal catalyst to break and reform them. Due to their high-reactivity, alkyne metathesis catalysts can also react with small amounts of water in the air and become inactive, Lee said.

“Our ultimate goal would be to develop a better catalyst that can be stable in air so that anybody can use it,” Lee said. “Currently, if you want to do this reaction, you need to do it in a totally air/moisture-free condition — that is not a user-friendly catalyst.”

After receiving his Ph.D. at Indiana University and working as a Beckman Postdoctoral Fellow at University of Illinois, Lee started as an assistant professor at LSU in 2017. Richard Thompson, an expert in catalyst development, joined the group in 2018. They worked together to submit their research grant to the National Science Foundation in September 2019 and were officially awarded on July 22, 2020.

Lee is also a virtual reality enthusiast. Since buying his first VR device in 2016, he has seen its potential to be used in chemistry education. The NSF grant will also support his goal to implement VR into his organic chemistry courses.

Lee uses virtual reality to help his students better understand chemistry. He said that sometimes a two-dimensional flat image in a textbook can be misleading. In virtual reality, the molecules can be in front of the students and they can control them as if they were actual objects.

"You have complete freedom to grab, twist, rotate, stretch, or shrink them," Lee said. "So, you can observe the molecule from whatever direction or angle you want. It allows students to intuitively understand the three-dimensional nature of molecules.”

“Little kids normally do not know what a hemoglobin is, but they have a lot of fun walking inside them."

Lee lets the children go on a treasure hunt to spot all iron-sites that grab onto oxygen molecules. Then, he explains that those are in the blood and carry oxygen all around the body.

"Many of them seemed very intrigued when they learned that the molecule that they just walked inside does something very important in their bodies," Lee said.

After receiving her undergraduate degree at the University of Dhaka in Bangladesh, Tanha applied to the LSU Ph.D. program and Lee’s research team. Tanha said she switched from studying physical chemistry to organic chemistry after becoming fascinated by Lee’s teaching and research.

“It’s a new experience for me actually and both Dr. Lee and Dr. Rick are helping me to learn all this stuff,” Tanha said. “So it’s been a good experience.”

Marvin Stewart was teaching K-12 at Baker High School before he joined The Lee Group and applied to LSU's Graduate School. He said he volunteered in the research lab before getting into the graduate program.

“So, after I got off work teaching, I would come into the lab and they would catch me up to speed on what they were doing,” Stewart said. “So it was kind of cool seeing their progress as far as being a new group and to where they are now.”

Lee said the team was excited to hear about the grant award, and the group came together and had a Zoom happy hour.

“It was really exciting because it’s going to allow us to do a lot more and the fact that our research and what we’re doing is actually being recognized and it’s going somewhere — it was exciting,” Stewart said.

Scattered thunderstorms in the evening, then variable clouds overnight with more showers at times. Low 59F. Winds N at 10 to 15 mph. Chance of rain 50%.