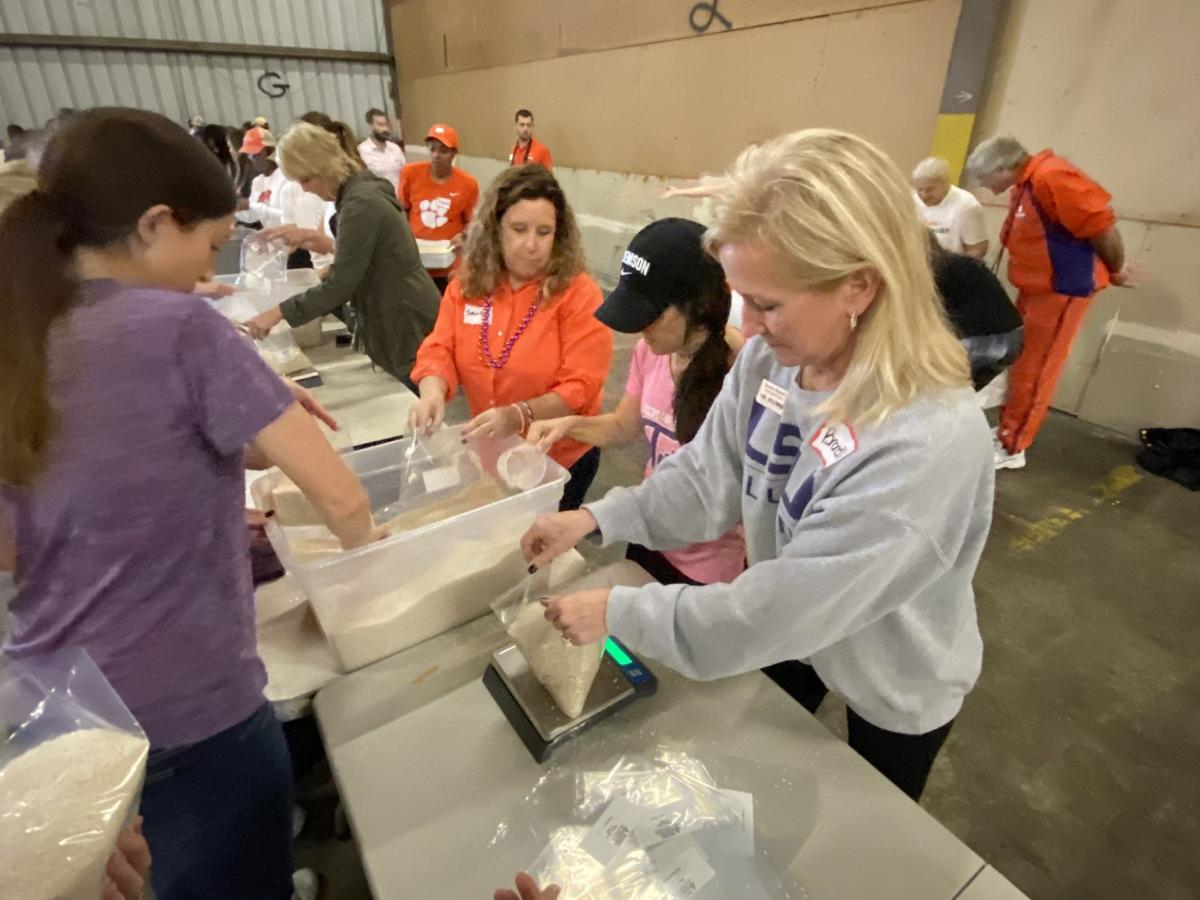 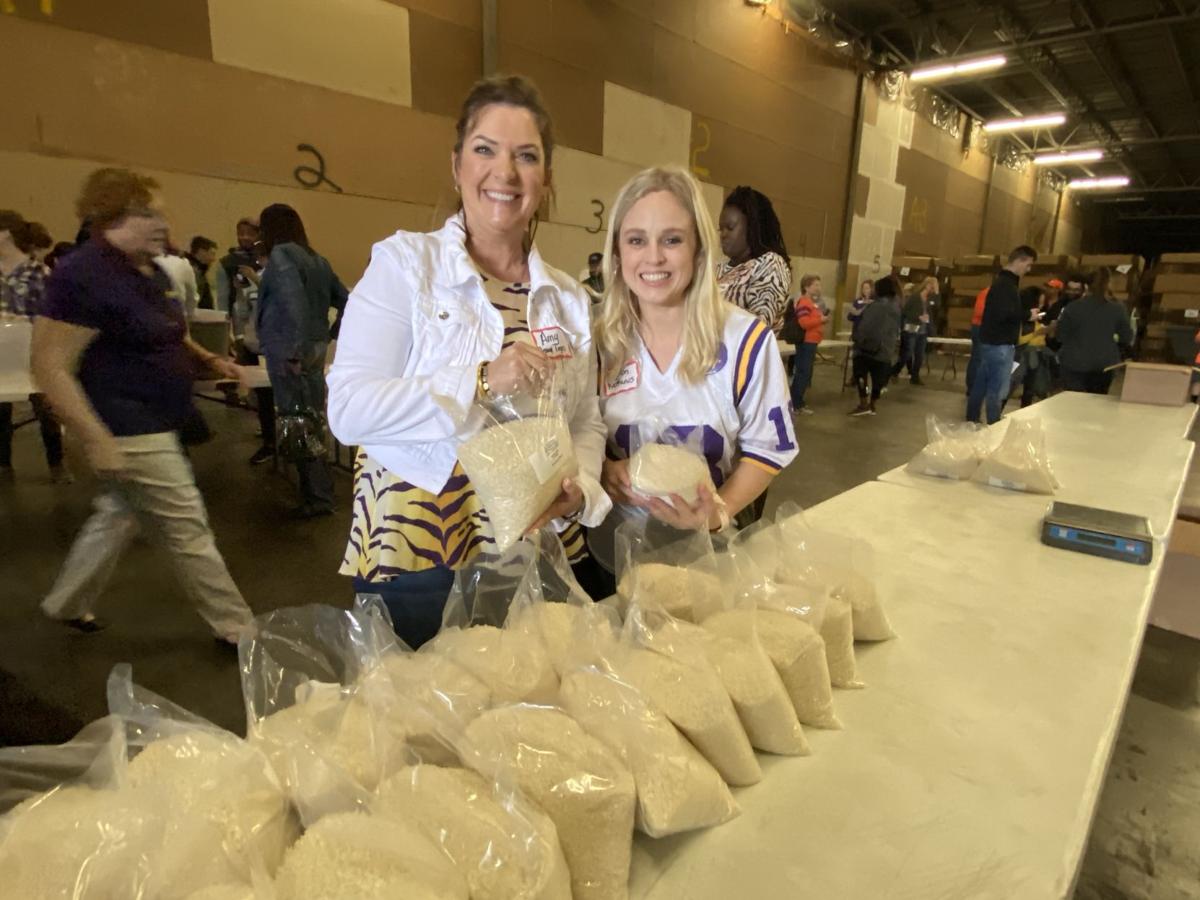 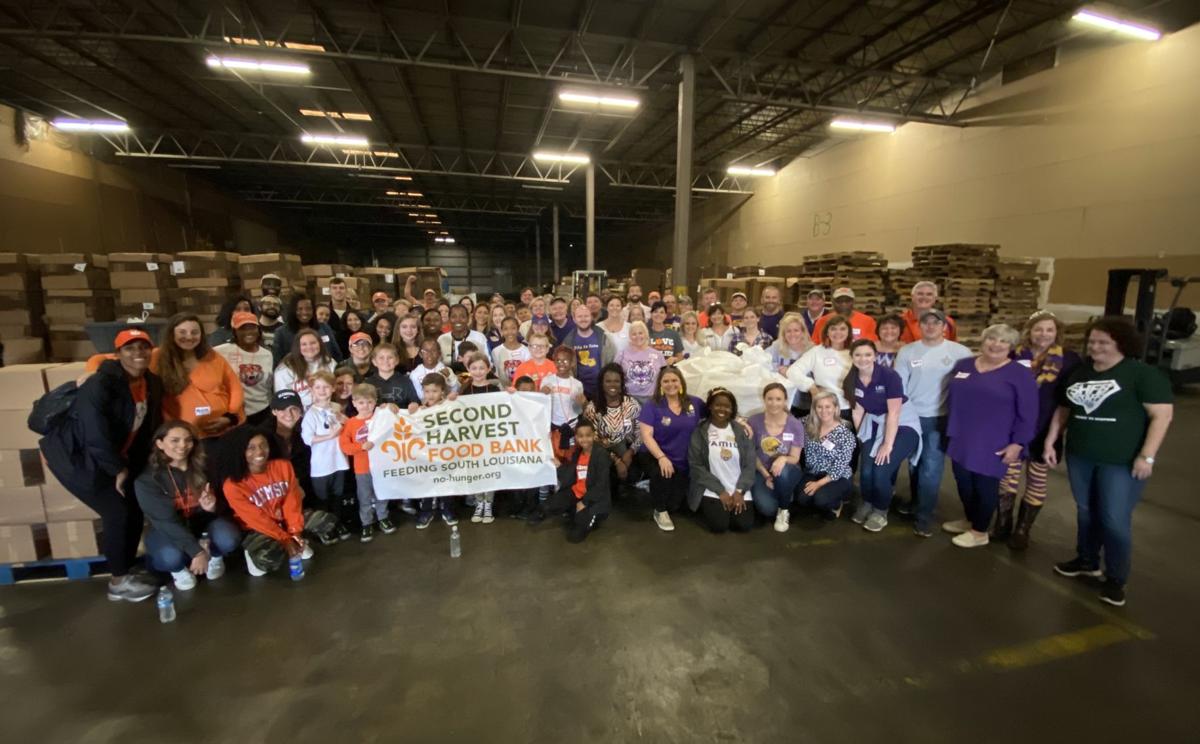 Although Clemson and LSU faced off in the 2020 National Championship game on Monday night, fans of each school put aside differences to feed the hungry and raise money for children.

In the spirit of sportsmanship, over 100 volunteers from both fanbases gathered at Second Harvest Food Bank of Greater New Orleans and Acadiana on Jan. 11. Both schools’ Dance Marathons, philanthropic organizations that raise funds and awareness for pediatric hospitals, competed against each other to see which fans could raise the most money for kids.

LSU and Clemson worked together to raise money for Champions for Kids. Together, both Dance Marathons’ fundraising efforts raised over $2,500.

After repackaging, the rice will be distributed to pantries, shelters, hospitals, schools and soup kitchens throughout Second Harvest’s 23-parish south Louisiana territory.

Jay Vise, communications director of Second Harvest, said a volunteer event of this size normally requires weeks or even months of preparation beforehand, but the Second Harvest volunteer team succeeded in planning this event in only five days.

“Both LSU and Clemson had been looking for an event in the area before the game, and they called us,” Vise said. “Something this large, we would normally have weeks or even a couple months to plan. When it’s brought to us this suddenly, something this important, we’re on board and able to make it happen.”

In an LSU press release, Clemson Interim Vice President for Student Affairs and Dean of Students Chris Miller applauded the volunteer efforts of both schools.

“We are incredibly excited to see our Clemson Tigers take on LSU in the National Championship Game,” said Miller. “But we are just as excited to continue a long-standing tradition of community service by partnering with our colleagues from LSU on Saturday by volunteering our time with Second Harvest. I want to thank our Alumni Association and others for organizing our efforts as we assist the local community and those in need.”

“We’re excited to partner with Clemson and Second Harvest Food Bank to bring this volunteer opportunity to our LSU alumni, friends and fans in New Orleans,” Stiel said in an LSU press release. “LSU fans are some of the most passionate college fans around, so it’s only fitting that we put that passion to work for a good cause. We are all Tigers.”

To get involved in the mission to feed the hungry, LSU students can volunteer with Second Harvest Food Bank and Greater Baton Rouge Food Bank, along with local food pantries and soup kitchens.

“We know that LSU fans have a history of giving back…and Clemson fans were no different,” said Vise. “It was wonderful to see these fans from different areas of the country come together for a common cause.”