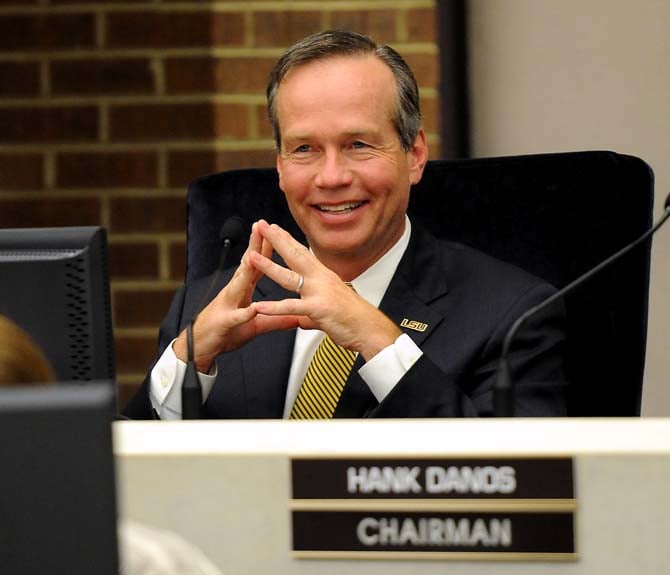 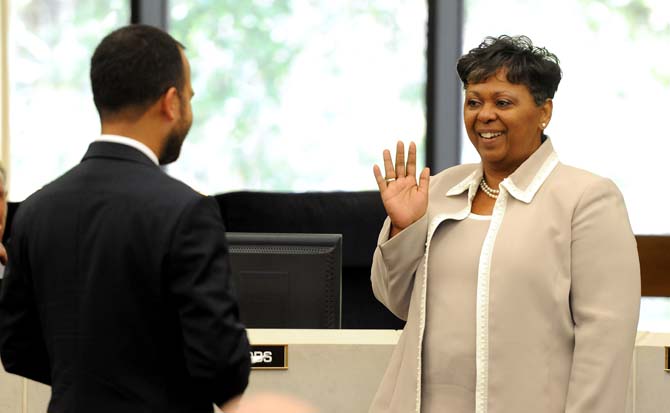 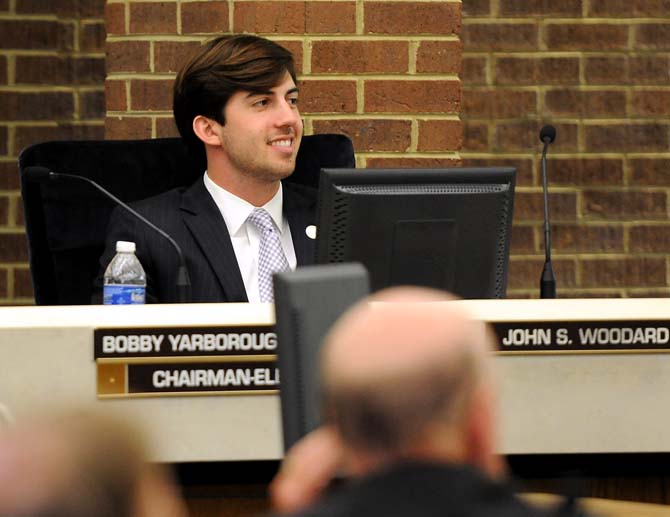 John S. Woodard attends a Board of Supervisors meeting Friday, September 6, 2013 in the LSU Systems Building. 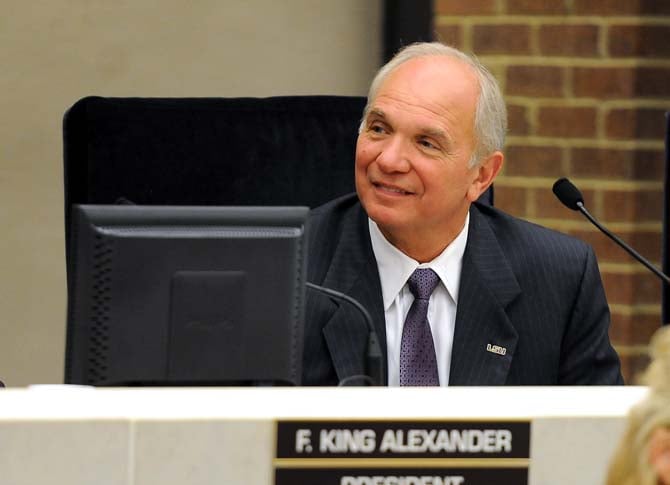 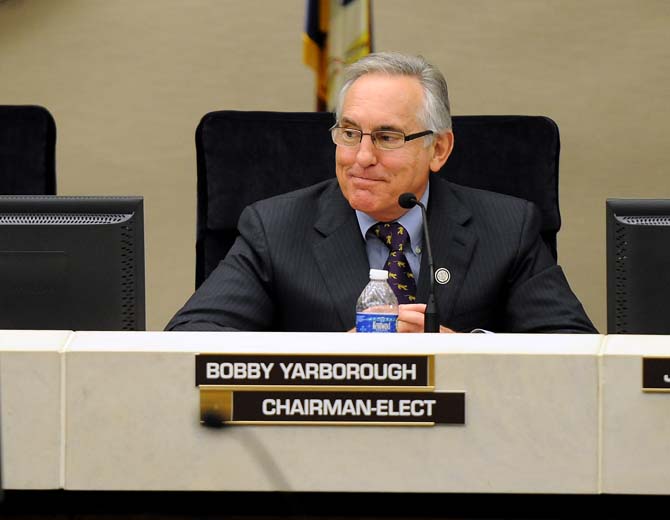 Chairman Robert Yaborough was sworn in at a Board of Supervisors meeting Friday, September 6, 2013 in the LSU Systems Building.

John S. Woodard attends a Board of Supervisors meeting Friday, September 6, 2013 in the LSU Systems Building.

Chairman Robert Yaborough was sworn in at a Board of Supervisors meeting Friday, September 6, 2013 in the LSU Systems Building.

After four years of salary freezes, LSU System unclassified employees and faculty members will finally see their salaries increase following the LSU Board of Supervisors approval of the

Also, during the meeting, Chairman Robert “Bobby” Yarborough and Chairman-Elect Ann Duplessis were sworn in for the upcoming year, and the administrative positions of the LSU AgCenter and College of Agriculture were consolidated.

Deans will receive 4 percent of employees’ base salaries to distribute the increase based on cumulative merit, according to Executive Vice Chancellor and Provost Stuart Bell.

The University will follow civil service guidelines for classified employees, and they will receive their raises Oct. 1.

Additionally, the salaries of employees earning more than $125,000 were approved separately in the meeting.

Bell said employees will be notified of how much they will receive as early as next week, but implementation dates will start later.

Since the raises were scheduled to start before the operating budget was approved, faculty will receive payment retroactively once the pay raises are implemented.

Robert Kuhn, vice provost and associate vice chancellor for budget and planning and interim CFO, said coming up with the $8.3 million for the raises was a great priority for the administration. He said funds for the raises were “cobbled together” from various sources including refinanced bonds, position vacancies and increased enrollment.

At the meeting, the Board found that about 69 percent of the operating budget is spent on personnel services, and 48 percent of this money will go to salaries.

Board members were also presented with the unrestricted expenditures of the budget and found that the greatest amount – 30 percent – is spent on instruction.

The Board also saw a change in leadership after Hank Danos’ 21-month term concluded and Yarborough was sworn in as chairman.

Yarborough previously served as chairman-elect and is the CEO and co-owner of Manda Fine Meats. He will serve as

At the meeting, Yarborough expressed his optimism for the upcoming year.

Last May, The Daily Reveille reported a loss of 330 faculty members from the AgCenter since 2008 that led to Chancellor William “Bill” Richardson’s plans to eliminate administrative positions.

On Friday, the Board approved the administrative consolidation of the LSU AgCenter and College of Agriculture. The consolidation will allow them to merge their educational and outreach efforts.

Board member Ronald Anderson said this merger will have a tremendous, long-term impact on the University. Anderson said he visited with farmers and others in the agricultural field in the state to discuss the idea and only received positive feedback.

Alexander also stressed the importance of this merger for the economy of the state.

“We will be able to reach more families, help more people and do more for the citizens of Louisiana,” Alexander said.

Periods of rain. Potential for heavy rainfall. Low around 45F. Winds ENE at 5 to 10 mph. Chance of rain 100%. Rainfall possibly over one inch.