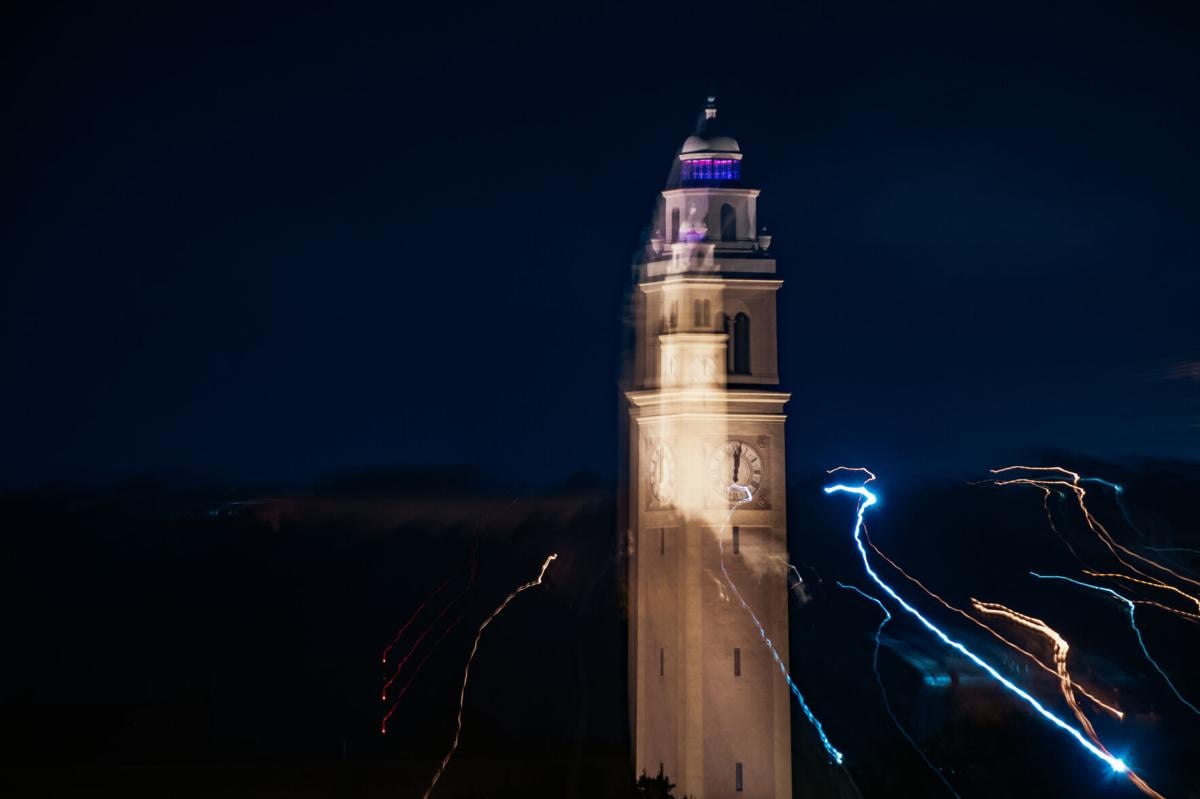 The bell tower clock stands tall Saturday, Sept. 19, 2020 from the top of the Barnes & Noble at LSU parking garage on E Campus Drive. 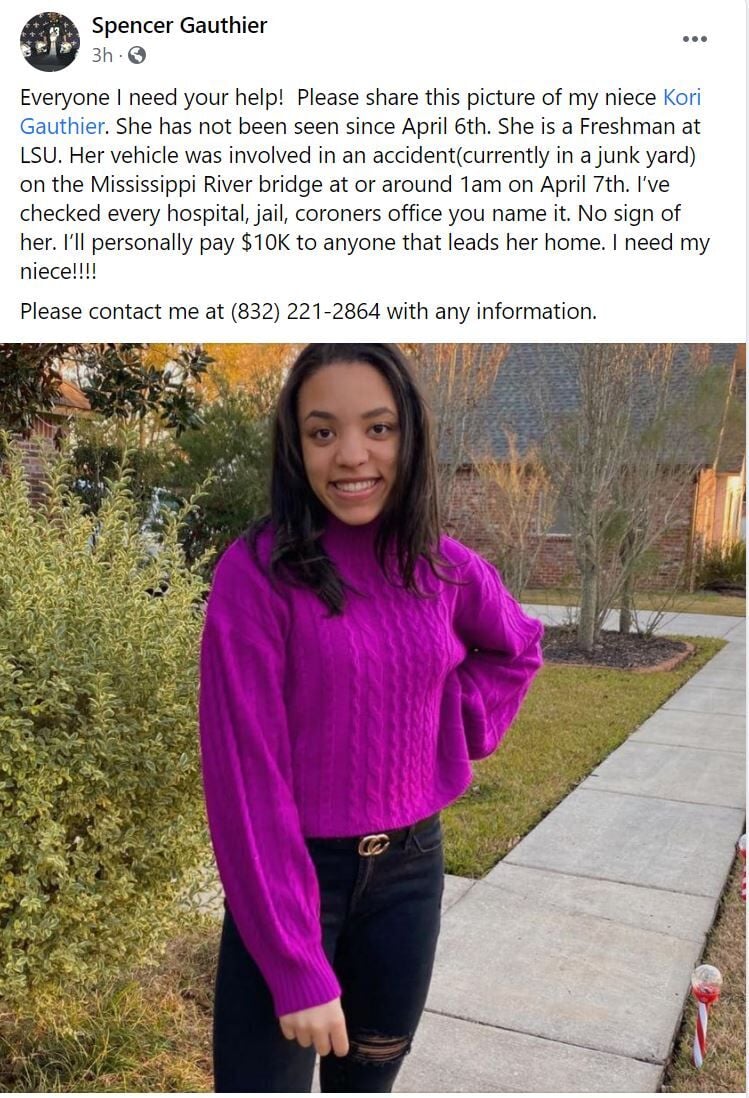 An LSU freshman is missing after a car crash early Wednesday morning.

Gauthier got into a car accident on the Mississippi River bridge early Wednesday morning. Her car was parked on the side of the bridge when it was struck, according to the driver in an interview with KATC.

Police found her wallet and phone in the car.

Gauthier's uncle, who is currently on his way from Houston to Baton Rouge, went on Facebook Live Thursday morning to talk about what he knows happened Wednesday morning.

"After putting out the Facebook post, the gentleman that rearended her on the bridge of Baton Rouge reached out to me " Spencer Gauthier said. "I was able to speak with the young man, he did confirm he hit the car and sent pictures of the wreck, but no one was able to find my niece's body."

This brief will be updated as more information becomes available.

Thunderstorms likely. Gusty winds and small hail are possible. High around 75F. Winds ESE at 5 to 10 mph. Chance of rain 100%. Rainfall may reach one inch.

Thunderstorms likely in the evening. Then a chance of scattered thunderstorms later on. Low near 65F. Winds ESE at 5 to 10 mph. Chance of rain 70%.

Scattered thunderstorms in the evening, then mainly cloudy overnight with thunderstorms likely. Low 58F. Winds NNE at 5 to 10 mph. Chance of rain 90%.