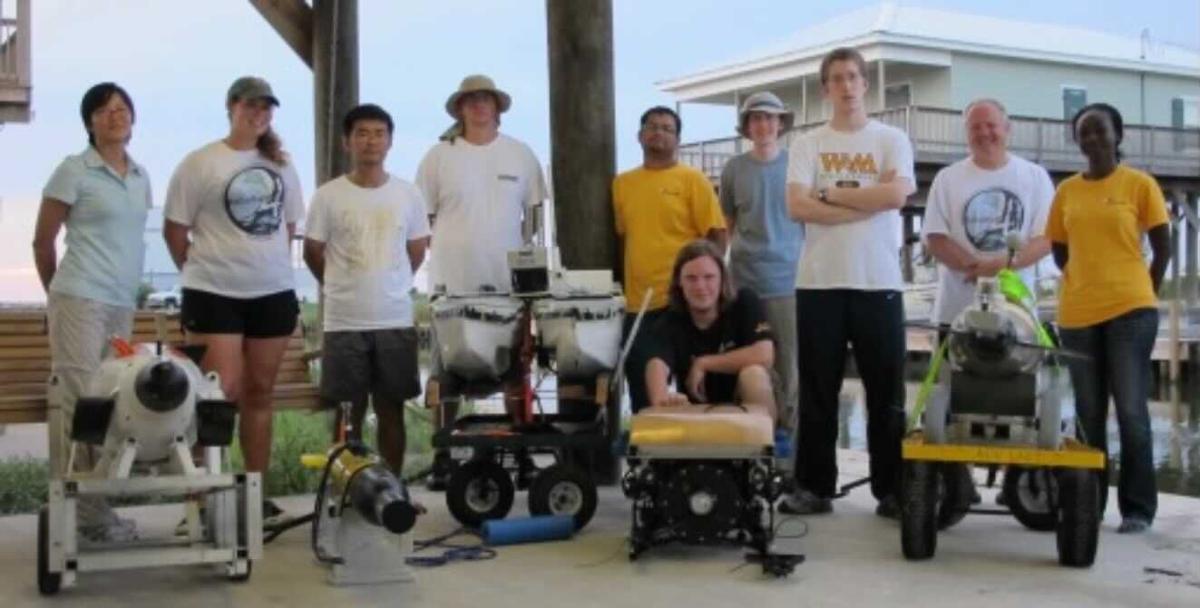 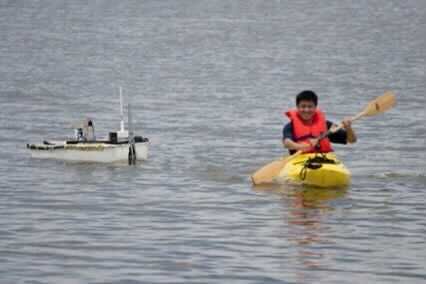 A year after the Deepwater Horizon oil spill that polluted over a quarter of Louisiana’s coastline and caused devastation for thousands of already-endangered animals, an LSU mathematics professor and his students mapped out the remaining crude oil concentration in Grand Isle.

Mathematics professor Michael Malisoff has been working on the intersection of applied dynamics and engineering for years, but the oil spill provided a unique opportunity to apply his research to an environmental issue. Over three weeks, a team of professors and students from several universities used robotic marine vehicles to produce crude oil concentration maps and collect sediment and water samples that LSU professor Edward Overton then analyzed for contaminants.

“The motivation for the research is to try to avoid situations where humans are put into hazardous situations,” Malisoff said. “Although there is a human in the loop, the intervention is minimized in order to ensure safety while trying to ascertain the effects of pollution.”

The first stage of the project involved over a year of modeling the complex physical scenarios the marine robots would encounter in the field. The second was the actual programming of the robots, which was completed in a few months.

Professor Fumin Zhang of Georgia Tech and Malisoff are frequent collaborators, and they received a patent in 2020 for their work on a pointer acceleration system model involving computer mice. They had been working together for years prior but the Deepwater Horizon spill presented a chance to both test their theories and help the environment.

“We were doing something useful to help in the aftermath of the oil spill,” Zhang said. “We were part of the solution.”

The team used five marine robotic vehicles, some of which were built by Zhang and his students.

Environmental science professor Edward Overton and his lab analyzed the samples from the field work. Overton has worked for decades with the National Oceanic and Atmospheric Administration as an environmental chemist through oil spills such as the Amoco Cadiz and Exxon Valdez wrecks.

They analyzed sediment samples in a gas chromatography–mass spectrometry machine, which generates a graph of the levels of each compound in the sample. The GC-MS also produces chemicals called forensic biomarkers, which can tell researchers the origins of the residual oil.

Engineering professors Corina Barbalata and Malisoff, with funding from the National Science Foundation, are now working to design mathematical tools for robot control systems. Barbalata detailed the challenges researchers must overcome when developing and programming the robots.

“They have to be safe for the environment that they work in, they shouldn’t go killing fish or destroying coral reefs,” Barbalata said. “At the same time, they have to be really robust to handle the pressure underwater.”

She listed cameras as another point of difficulty, because it’s much more difficult to get reliable visual input underwater than on land.

Much of Barbalata’s work is taking Malisoff’s theoretical mathematics and validating it through simulations of a physical environment.

The researchers emphasized that students put countless hours into these projects and highlighted their academic progress as a result.

“Students are doing all the hard work,” Barbalata said. “We want to be researchers and we love what we do, but we wouldn’t do it if not for students.”

Malisoff and Zhang underlined how much they enjoy seeing the progress of students as they work toward postgraduate studies or careers in their industry. They’ve co-authored several papers with students and enjoy seeing their research published in acclaimed academic journals.

They also stressed the importance of multidisciplinary research and collaboration in getting projects off the ground, because robotics are at the forefront of several different fields. Malisoff said students should be encouraged to work across disciplines even though it can be daunting.

“Students should not be scared away from multidisciplinary research,” Malisoff said. “There are lots of research areas that require expertise for different fields, and an appreciation for that can really advance the frontier.”

Scattered thunderstorms during the morning becoming more widespread this afternoon. High 82F. Winds ESE at 5 to 10 mph. Chance of rain 70%.

A few clouds. A stray shower or thunderstorm is possible. Low 68F. Winds light and variable.

Considerable clouds early. Some decrease in clouds later in the day. A stray shower or thunderstorm is possible. High 86F. Winds light and variable.

A few clouds. A stray shower or thunderstorm is possible. Low 68F. Winds light and variable.

Partly cloudy with an isolated thunderstorm possible after midnight. Low 71F. Winds SSE at 5 to 10 mph. Chance of rain 30%.