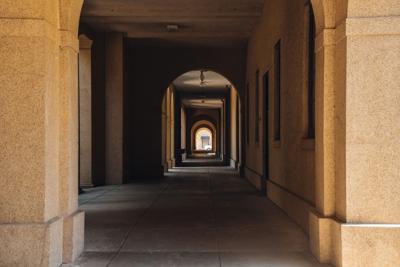 This is the first major regulatory change to Title IX since 1975 and the first change to deal explicitly with sexual harassment. The regulations went into effect on Aug. 14 for all federally funded colleges and universities.

Here are the major changes to Title IX:

In cases of formal sexual harassment allegations, colleges and universities are required to hold cross-examinations of both parties in live hearings led by institution officials. Cross-examination occurs between both parties’ advisors and any witnesses, but not the parties themselves.

A complainant’s previous sexual history is irrelevant for investigations in higher education institutions.

Institutions are not required to respond to reports of sexual misconduct in a specific time frame. Rather, they must have a “reasonably prompt” period for conducting the investigation process.

Opinion: Rape culture is real, must be addressed and dismantled

Sexual harassment is defined as “any unwelcome conduct that a reasonable person would find so severe, pervasive and objectively offensive that it denies a person equal educational access.”

However, reports of sexual assault, dating violence, domestic violence and stalking do not need to meet these standards.

These key areas will remain the same:

The definition of Responsible Employee and reporting obligations remain the same.

“Our campuses will continue to use the Preponderance of the Evidence standard,” the LSU guidelines read.

“We will continue to respond to concerns of sexual assault, stalking, dating and domestic violence, retaliation and any other behavior of a sexual nature that is severe, pervasive and objectively offensive.”

LSU student speaks out about stalking experience, lack of safety on campus

Supportive measures and information about reporting options are available to any party who identifies as harmed whether the individual decides to file a formal complaint or not, according to the new guidelines.

“If someone is seeking help, our responsibility is to share with them the menu of options,” Stewart said. “What I see as advocacy and empowering people is letting them know their options and not providing additional barriers to people.”

Shinn said the Office of Student Affairs will continue to promote an environment where students can access the resources they need.

“We want to be sure that we’ve created environments that are promoting a sense of mattering and belonging among students so that there’s always a place to go to find out what the next step is,” Shinn said. “We want to make sure our staff is knowledgeable about how to help students in the way that the student wants to be helped.”

In the past, some LSU students have had trouble reporting sexual assaults to the Title IX Office. Construction management senior Fazil Khan tried to report a sexual assault perpetrated by another LSU student to Title IX twice last year.

Khan does believe the Lighthouse Program the University provides for sexual assault victims was helpful in providing counseling services but was dismayed over the lack of action taken by the University toward punishing the student.

“They [the Lighthouse Program] helped set me up with a counseling service, and it did make things better for me,” Khan said. “But there was nothing ever done against the perpetrator.”

The Lighthouse Program helps students obtain medical care and gather evidence collection in addition to providing counseling, but its services are only available Monday through Friday from 8 a.m. to 5 p.m. Sexual assault evidence needs to be collected within 72 hours for peak accuracy, according to the Rape, Abuse & Incest National Network.

The second time Khan went to report the incident and get the perpetrator to face punishment from the University, he was told that the University could not do anything because the student had graduated.

“One time they said, ‘We are going to find out where he is working and report the incident to his human resources department,’” Khan said. “But I honestly don’t think they ever did any of that stuff.”

While Khan had attempted to get action through the University and Title IX, he was referred to LSUPD to make a report, but Khan, who is an international student on a visa, was not comfortable with going to the police.

“I wanted to go through the University to take action first because I’m an international student,” Khan said. “I don’t really know how things work around here, but I knew I didn’t want to be involved with police matters. I was really hesitant, but because Title IX and going through the University isn’t working, I became ready to go to the police.”

Few sexual offenses have been reported in 2020 so far, according to the LSUPD crime log. Two incidences of improper communications/stalking/harassment occurred on campus that month, and one incident of dating violence, also on campus. January, February, March and June reported one sexual offense each, with all but one occurring off campus. The LSUPD report did not specify whether these offenses were forcible or non-forcible.

Approximately 19% of women and 5-6% of men will experience sexual assault during college, according to the Title IX website; however, only 12% of victims report to the police. Common reasons for not reporting include not wanting others to know, lack of proof, fear of retaliation and fear of being treated poorly by the criminal justice system.

'A bright light in the world': Friends and family honor the life of LSU alumna killed in alleged domestic dispute

“I felt like they were trying to suppress it, the whole thing,” Khan said. “Specifically what I would want changed is for them to actually give options to victims because when I went they kept the whole process really vague.”

Many aspects of the regulations were left up to universities and colleges to interpret. Co-presidents of Tigers Against Sexual Assault Angelina Cantelli and Angel Upshaw said LSU did well in this area.

“What I want everyone to remember is that these are federal regulations that have changed. It’s not like LSU wanted to change all of this,” Upshaw said. “I don’t think these changes will highly affect LSU per say just because we have an amazing Title IX coordinator right now.

“I think LSU has done fairly well with keeping a lot of the former regulations to Title IX and not adapting too much of the new ones. The ones where they did have to choose, they’ve been choosing wisely.”

Cantelli said previous controversy around sexual assault at LSU has been with the enforcement of punishments for students who were found in violation of the Title IX rules.

“From things I’ve heard from the campus community and survivors who’ve reported to LSU, I think many of their issues don’t come from the Title IX office,” Cantelli said.

#ShowYourself: LSU students use Twitter to tell their stories of sexual assault on campus

After an investigation is finished, the Title IX office will suggest appropriate punishments for the accused person if they are determined to be in violation of Title IX rules.

“Some survivors had issues with that recommendation actually being implemented by other departments on campus,” Cantelli said.

Cantelli and Upshaw agreed that although the new regulations were negative overall, there were certain positive aspects, such as complainants’ sexual history being irrelevant in investigations, and the expansion of the definition of sexual assault.