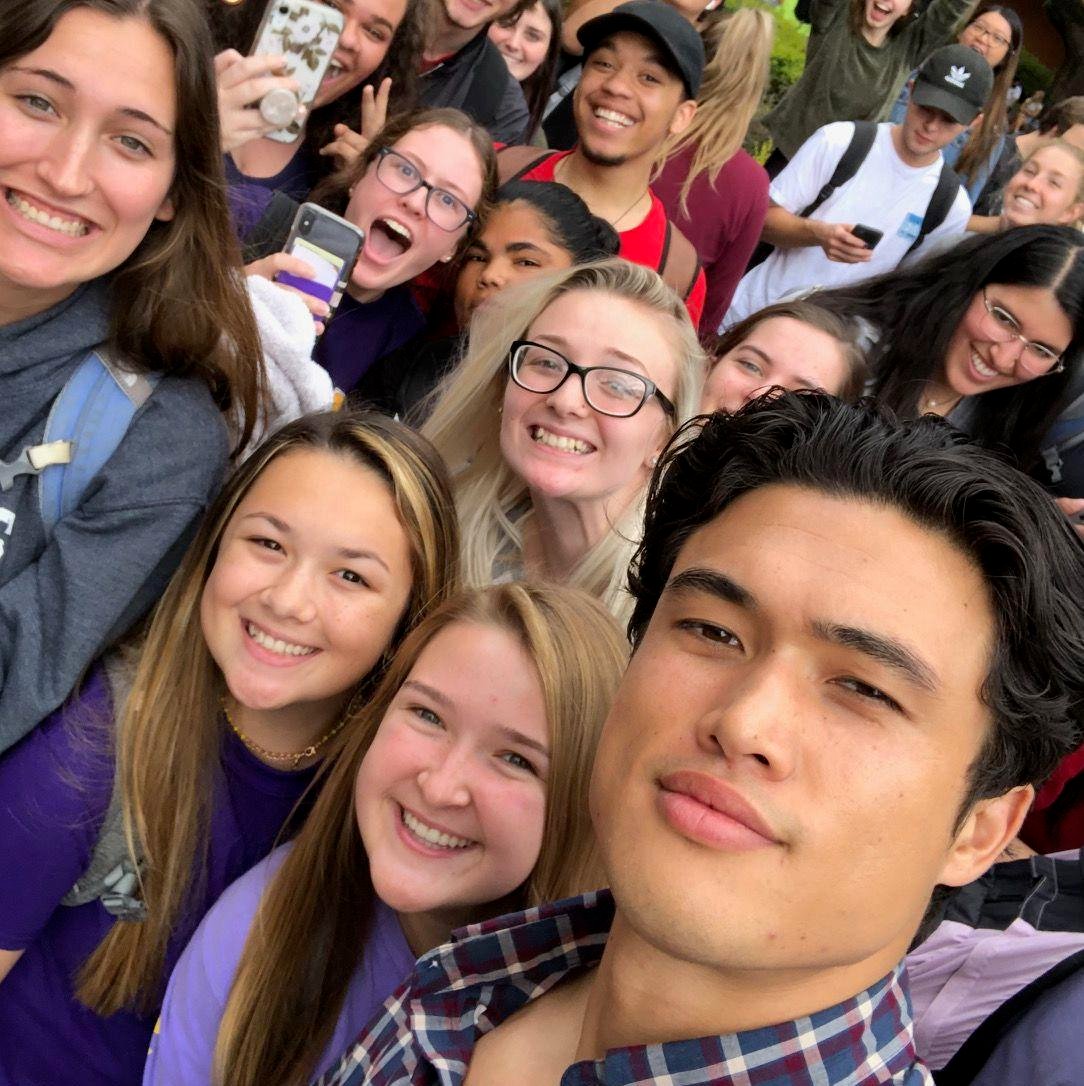 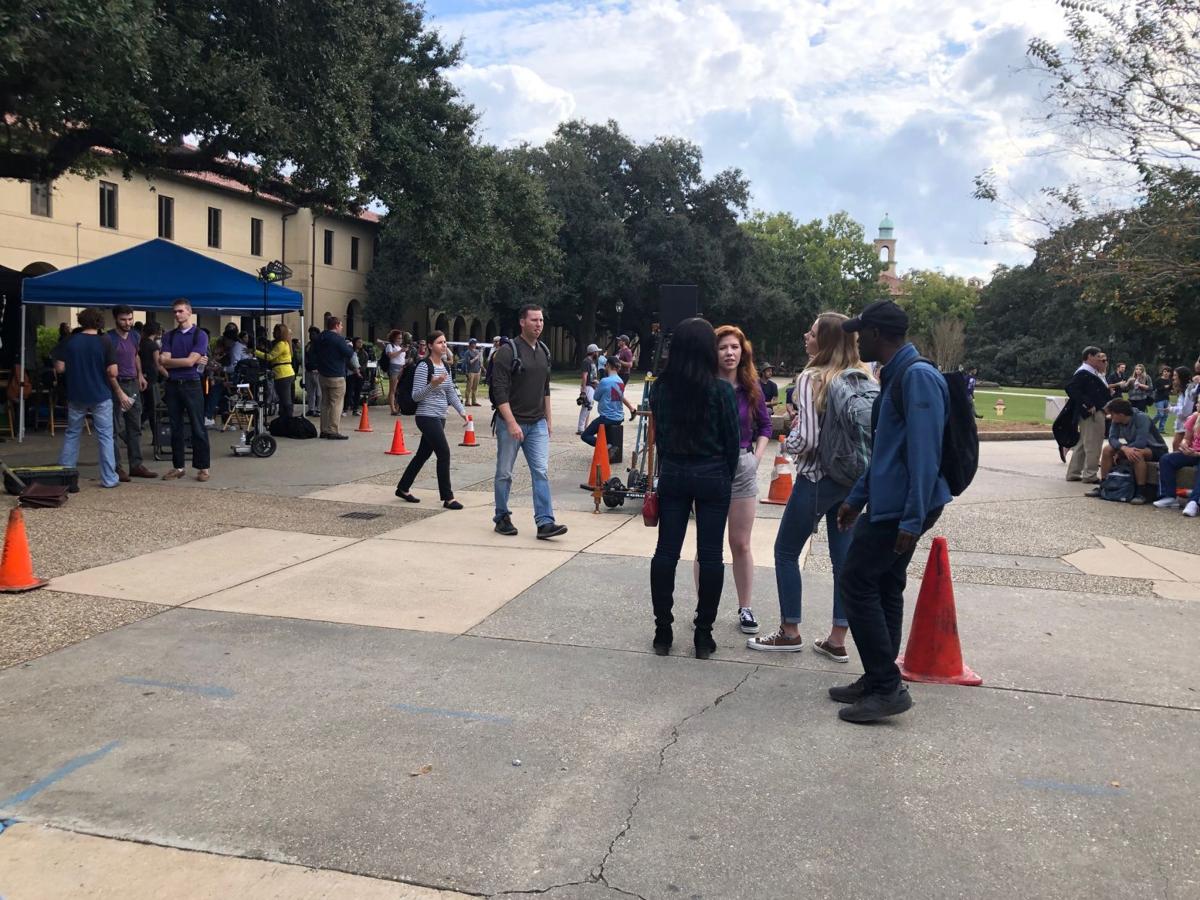 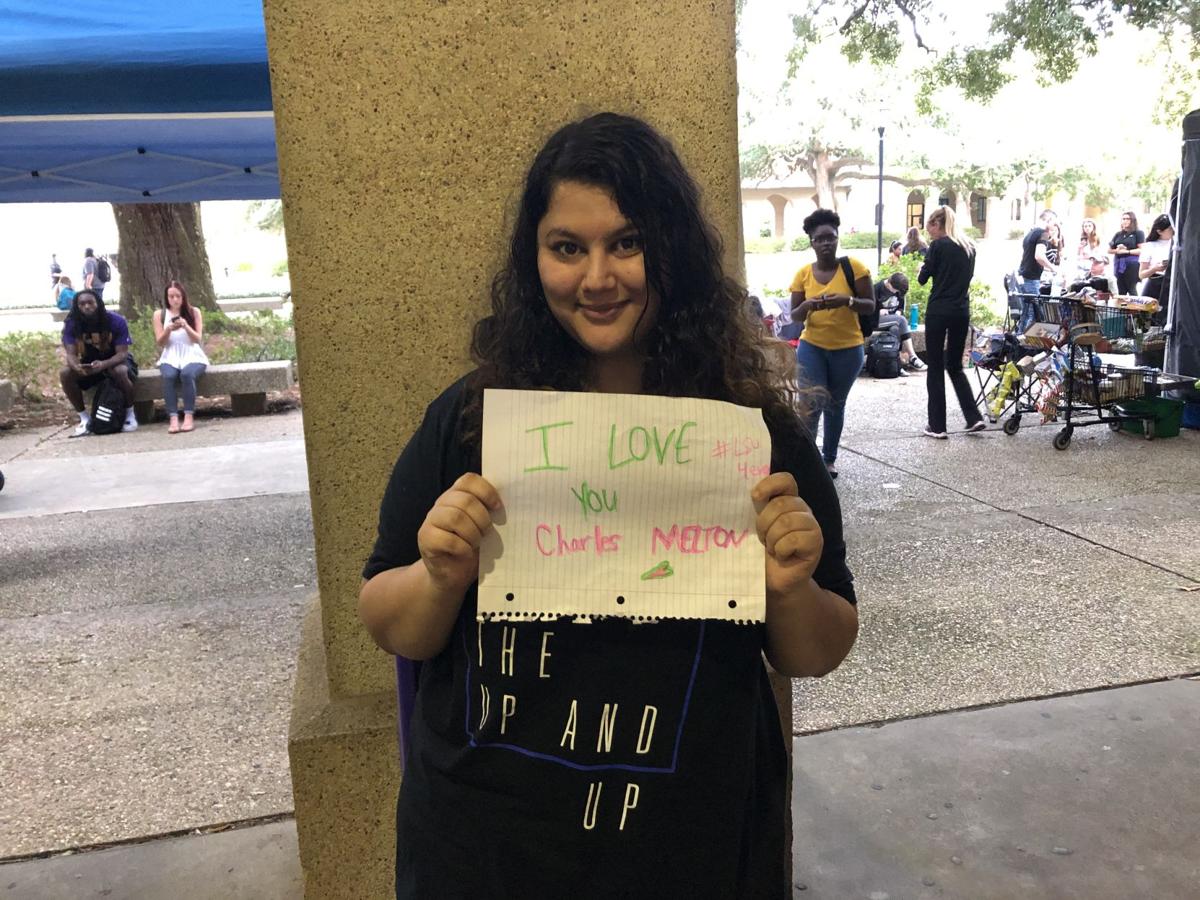 Biology senior Ayah Ibrahim supports actor Charles Melton around the set of “Swing," filmed in the Quad on Monday, Nov. 11, 2019.

Biology senior Ayah Ibrahim supports actor Charles Melton around the set of “Swing," filmed in the Quad on Monday, Nov. 11, 2019.

The University is the host for a new movie, “Swing,” that features “Riverdale” actor Charles Melton. The filming brought excited students to the Quad on Monday afternoon.

According to IMDb, “Swing” is centered around an Ivy League rowing team that is taken over by a new army veteran coach. The movie, directed by Michael Mailer, features actors Michael Shannon, Melton and Alexander Ludwig

“Swing” producer Lucas Jarach said they chose to film the movie at the University because of the architecture. Jarach said the crew toured many schools in the region but fell in love with LSU.

“Even though the story does not take place at LSU, the traditional architecture of this beautiful campus is the ideal setting for our story,” Jarach said.

Jarach said, filming would take place on the University’s campus for two days, and then continue around the Baton Rouge area. Portions of the movie were filmed at False River on Sunday where several University students were featured as extras.

Computer science freshman Matthew Kleimeyer was a background actor, which was the first time he had ever been on the set of a movie.

“It was really cool to see in person behind the scenes of what goes into making a movie,” Kleimeyer said. “I’m really excited to see the finished product.”

The crew began filming in the Quad on Monday. It drew many curious students to the area to watch.

Wildlife ecology freshman Haley Brassard was one of the students in the Quad watching the filming take place.

“It’s great that we have such a pretty campus and such an atmosphere that they feel that they can do that here,” Brassard said. “We had ‘Pitch Perfect’ done here, and now another one, so it’s nice seeing our campus being used for things like this.”

Political communication sophomore Jalisa Francis was confused when she saw the crowd and cameras in the Quad, but was intrigued when she realized famous actors were on campus.

“I think it’s big because it gives us a lot of credibility and when people see the campus, they’ll be like ‘Oh my gosh I want to go to LSU,’” Francis said.

University students took selfies with Melton and Ludwig. Biology senior Ayah Ibrahim stood by the set and held a sign that said “I love you Charles Melton.”

“Swing” is set to debut in theaters next fall.