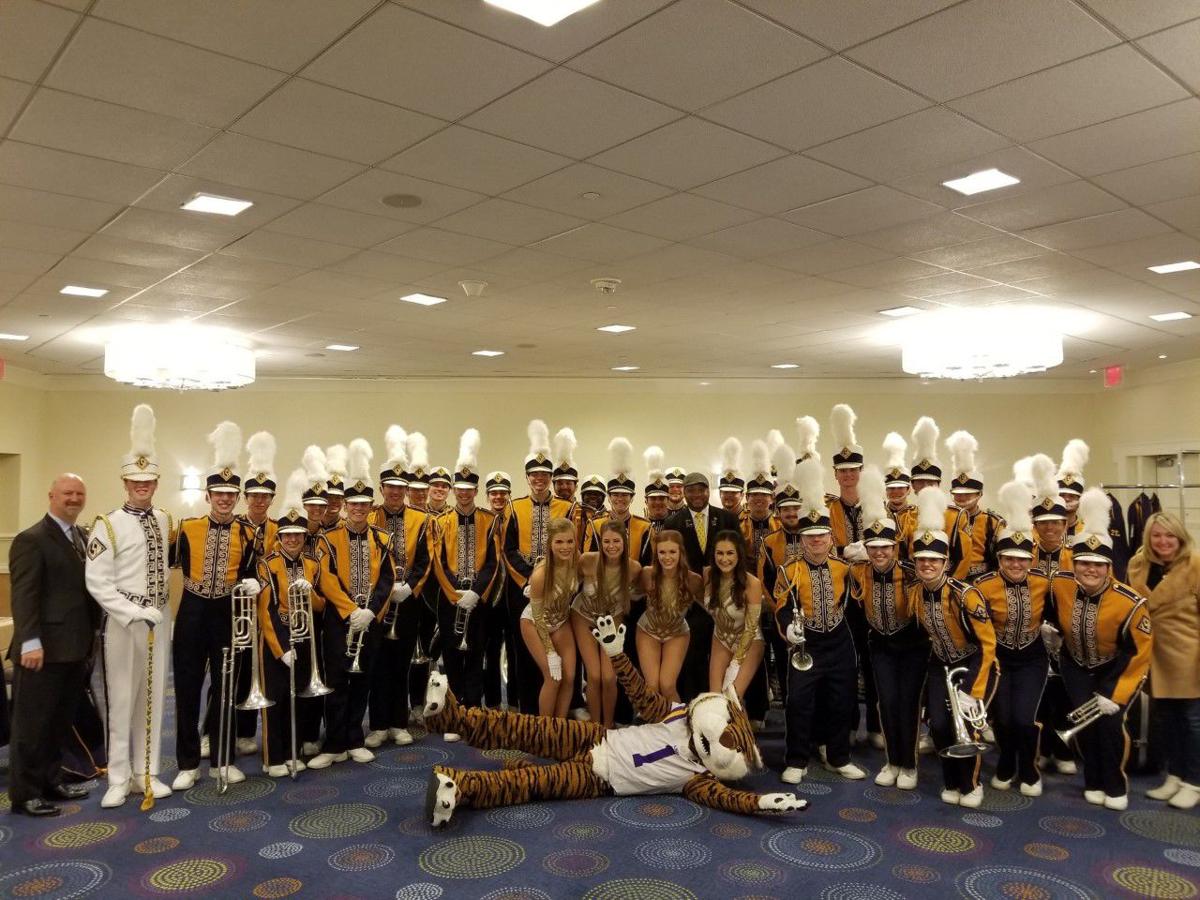 The LSU Tiger Band poses for a picture at Washington Mardi Gras in Washington D.C. 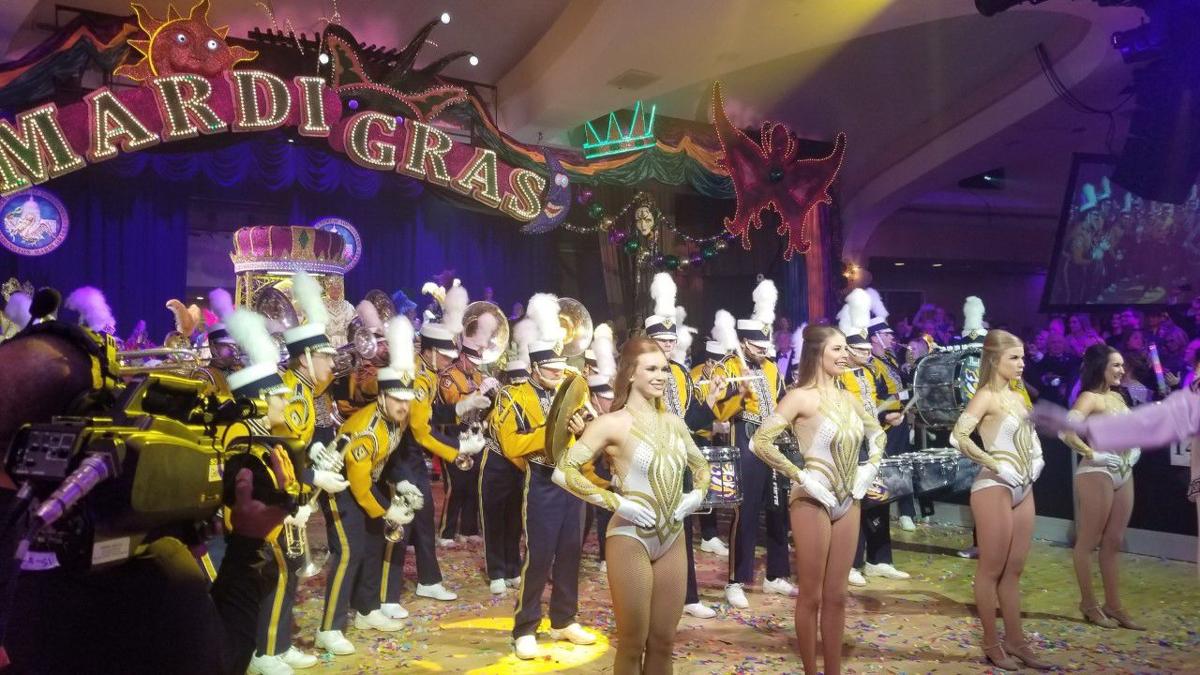 The LSU Tiger Band poses for a picture at Washington Mardi Gras in Washington D.C.

LSU faculty, students and alumni traveled to Washington D.C. to attend Washington Mardi Gras from Jan. 23 to Jan. 25 to experience an annual celebration of Louisiana’s culture in Washington D.C.

Attendees of Washington Mardi Gras have the opportunity to meet top business leaders and the Louisiana Senatorial and Congressional delegations. LSU faculty, alumni and students were able to network and learn about economic development with a side of elegant celebration and fun.

While Washington Mardi Gras is a celebration, there are also political and business aspects, according to Dean of the Manship School of Mass Communication Martin Johnson.

“It is several days where the political and business world of LA interacts in Washington D.C.," Johnson said. "The reason for it is a celebration of Mardi Gras but to also promote Louisiana businesses."

Johnson works to find opportunities for University students interested in connecting with the political and business world, and going to networking events allows Johnson to open those doors for students. Meeting with University alumni and the congressional delegation creates connections from the University all the way to Washington D.C.

“We are interested in fostering opportunities for our current students to be involved in public service,” Johnson said. “Lots of students aspire to participate in the Washington community. Internship and job opportunities are there, so we want to have good relationships with our congressional delegation, their office staff and our alumni community.”

“The crew members ride on floats and throw beads,” Deshotel said. “There is a big dance afterward.”

While attending the festivities, Deshotel saw many other University students. What most guests did not know is the 2020 King of Washington Mardi Gras, Greg Hammer, had set up a surprise for the event. Hammer arranged for the LSU Tiger Band to perform at the Washington Mardi Gras Ball.

“I have been a big LSU fan since before I went to LSU,” Hammer said. “When I had to come up with entertainment for the event, I thought, 'what better way to get a charge out of the crowd than to bring out the Tiger Band?'”

The band agreed to perform at the event in June. Hammer covered all travel expenses for the band’s trip to keep the arrival of the band a secret. Interim Associate Director of Bands Kelvin Jones accompanied 50 Tiger Band members to Washington for the event.

“For 20% of the group it was their first time on a commercial flight,” Jones said. “It was a blessing for them to have the experience to do this.”

Hammer said the University is a big part of Louisiana’s culture and surprising the guests with a Tiger Band performance proved just that. The reaction from the crowd showed that keeping the secret made the special performance much more memorable and special.

“It blew the roof off when they came out and struck up their music,” Hammer said. “They played LSU and Mardi Gras music, which put the crowd in a great mood. A "Geaux Tigers" chant broke out in the ballroom with over 3,000 guests.”

As soon as the band entered the room the energy level spiked. Not only did the guests get to enjoy such a fun-filled performance, but band members got to experience Washington D.C.

“One cool thing about Washington is that there are so many museums and areas to explore,” Jones said. “Some students went to the Holocaust Museum, Lincoln Memorial and the Martin Luther King Memorial. They actually got a chance to be in Washington D.C.”

Opinion: Mardi Gras is a meaningful celebration and tradition, not just an excuse to party

There are many things that I love in this world, and Mardi Gras is definitely one of my top favorites. Many people not from New Orleans see Ma…