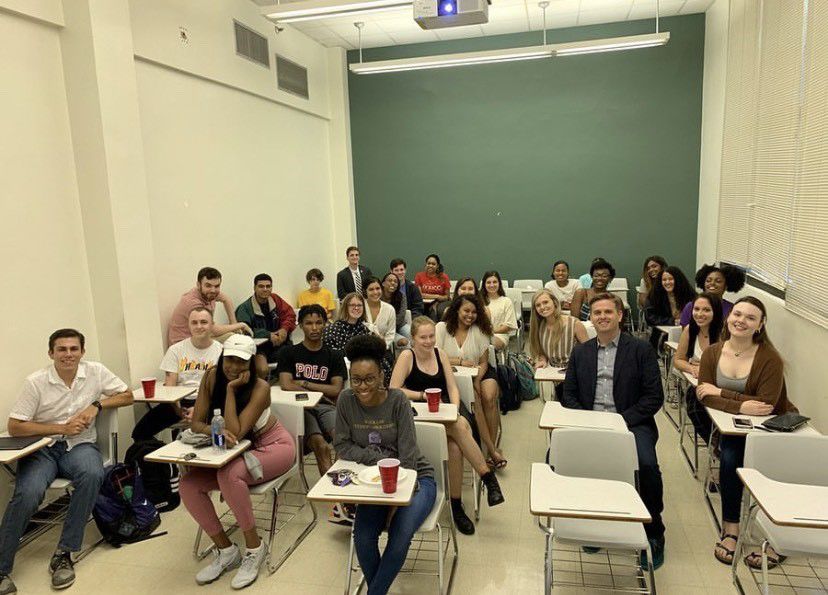 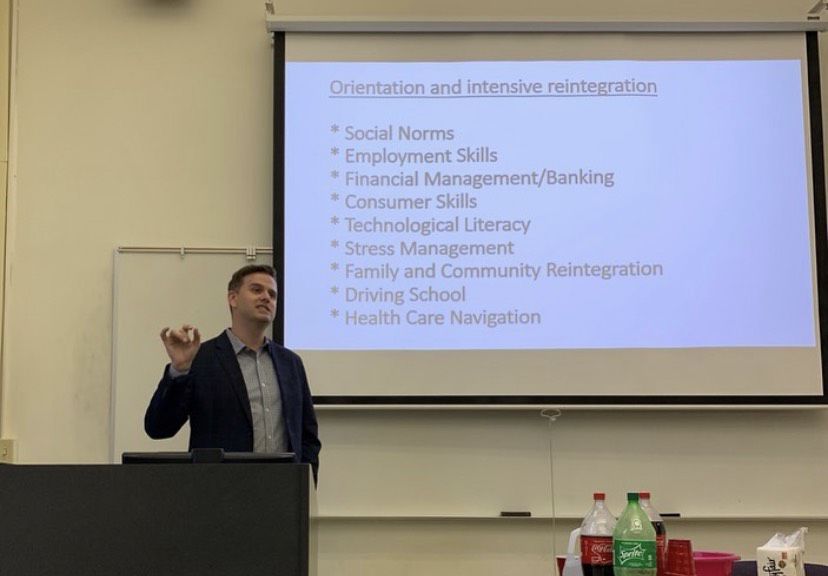 Going to a large public high school in New Orleans, she recalled it was common for classmates to disappear for a few months, only to come back with stories about their jail time.

“My friends started to get arrested for status offenses, misdemeanors here and there,” Cannon said. “We all get involved in debauchery when we’re kids, but you can tell there are certain people more likely to be impacted.”

Cannon researched mass incarceration and was shocked to find out Louisiana was ranked No. 1 in the world for incarceration rates at the time.

The U.S. has long reigned as the country with the highest imprisonment rates. Out of the 50 states, Louisiana spent many years as the prison capital of the world. Oklahoma surpassed Louisiana in 2018, but The Pelican State’s incarceration rates remain the second highest in the world, according to the Prison Policy Initiative.

Cannon was unsure how to engage with her newfound passion until she enrolled at the University and started interning for the Innocence Project, a non-profit legal organization dedicated to exonerating wrongly convicted prisoners. She was inspired to put her passion for prison reform into action by founding the Tiger Prison Project, a student organization dedicated to educating students and sparking change in Louisiana’s prison system.

The club will explore how one’s race can affect the likelihood of being arrested and sentenced and have an effect on how one is treated in prison. Cannon believes it is no coincidence Louisiana and Oklahoma share both southern roots and inflated incarceration rates.

“Given the existing research, you can see a direct line between slavery and mass incarceration,” Cannon said. “We’ve created an apparatus of punishment. We all know someone who’s been in prison or is currently sitting in one.”

“We’ve created a new form of slavery,” Milford said. “Like how we just recently got the right to vote for [felons]. It creates all this separation between [felons] and the rest of society.”

Meetings for the Tiger Prison Project take place in 109 Coates Hall on various Wednesdays throughout the school year. They will often feature special guest speakers. To remain an active member, students have to attend a certain number of service events and pay $15 in dues each semester.

Hundley is also the executive director of the Parole Project, a non-profit dedicated to re-integrating juvenile lifers and prisoners who served over 20 years back into modernized society. The Tiger Prison Project will be partnering with Hundley and the Parole Project, along with several other like-minded organizations in the Baton Rouge area, for service projects and learning opportunities.

Hundley served 19 years in prison for second-degree murder. and he acknowledges that white privilege may have been a factor in him being released before others.

“I was given a second chance,” Hundley said. “Privilege is one reason. I’m not going to cover it up or make it sound like something different.”

Hundley was the first juvenile lifer to be released in the state after the Supreme Court decided in Montgomery v. Louisiana that the rulings in Miller v. Alabama prohibiting juvenile life sentences should apply retroactively.

The man who filed the petition to the U.S. Supreme Court, Henry Montgomery, is now 72 and still sits in the Louisiana State Penitentiary at Angola for a crime he committed at 17.

“I’m not more deserving than Henry,” Hundley said. “A lot of times, when you’re the individual that makes change for other people, you don’t get to experience that change.”

Hundley said he got out because his parents could afford an attorney, and he received many opportunities while in prison because of the way he looked. He recalled people giving sympathy towards him because of his skin color.

The Parole Project focuses on rehabilitating people who have been in prison for years, since many of them don’t know how to drive, get a credit card or use a cell phone. Still, even a few months in prison can be enough to affect the trajectory of someone’s life.

Cannon similarly recalled how a friend was arrested for smoking marijuana in his car when he was 16-years-old. He was sentenced to four months in jail, and paid thousands of dollars in legal fees.

“He never recovered from the debt it put him in,” Cannon said. “He still struggles with employment.”

Milford has high hopes for the new organization to raise awareness first in the LSU community, but later within the state and country.

“We’re a huge school,” Milford said. “If we’re all in this, it would make a giant impact. We have the power to do that.”

Cannon sayid she hopes the club will remain strong after she graduates and that the Baton Rouge community will begin to understand and actively work towards fixing some of the issues in the prison system. In her eyes, criminal justice reform transcends political boundaries.

“I’m not concerned with getting recognition for anything,” Cannon said. “I just want people to be having this conversation. I don’t think it should be a partisan issue. It’s about human dignity.”

Naquail Weaver wasn’t expecting to be home with his family for Christmas. The 22-year-old was in East Baton Rouge Parish Prison, held on a $3,…

63°
Showers in the Vicinity

Cloudy skies early, then partly cloudy in the afternoon. Slight chance of a rain shower. High 66F. Winds NNW at 10 to 20 mph.