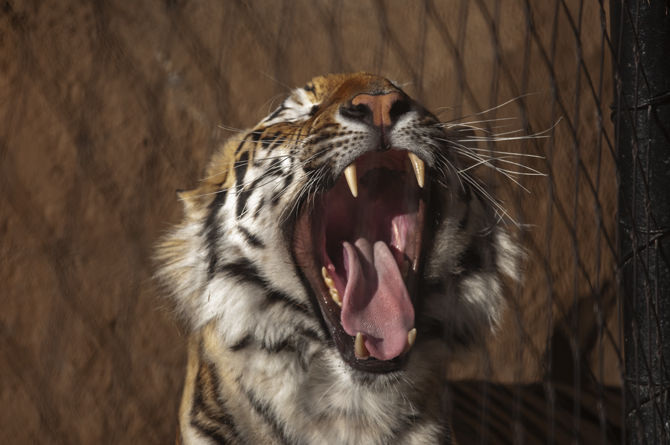 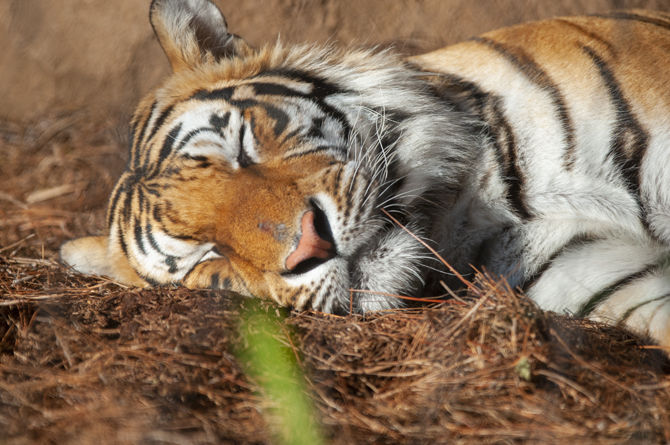 The LSU School of Veterinary Medicine is making sure Mike the Tiger remains healthy during the global pandemic.

On April 7, a barricade was set up around the cage to create an extra four feet of distance between the beloved Bengal and his visitors, according to communications manager of the LSU School of Veterinary Medicine Ginger Guttner.

Mike is the University’s seventh tiger mascot. He was donated from a wildlife sanctuary in Florida, and was introduced to the public on Aug. 21, 2017.

“We ask that people follow the governor’s order to stay home and that Mike’s fans view him on social media or the Tiger Cam,” Guttner said.

The Tiger Cam features live video footage of Mike the Tiger throughout the day. Mike also has active social media accounts on Instagram, Twitter and Facebook.

In addition to the barriers, Mike’s caretakers discontinued direct contact with the tiger, and employees must wear gloves and a mask while working in the night house.

National Veterinary Services Laboratories confirmed the presence of SARS-CoV-2, the virus that causes COVID-19 in humans, in one tiger at a zoo in New York. As scientists learn how the virus spreads, how differently animals are affected by the virus and if an animal can spread it to a human, the LSU Vet School will continue to take precautions so Mike isn’t infected.

Right now, there are four veterinary students taking care of Mike, two primary and two in training, in addition to his veterinarian, Professor David Baker.

“As Mike’s caretakers, his health and well-being are our primary concern,” Guttner said.

The LSU Vet School is also creating test kits to speed up coronavirus testing in the Baton Rouge area. The test lab, which can produce up to 200 tests per day, is run by a team of volunteers.