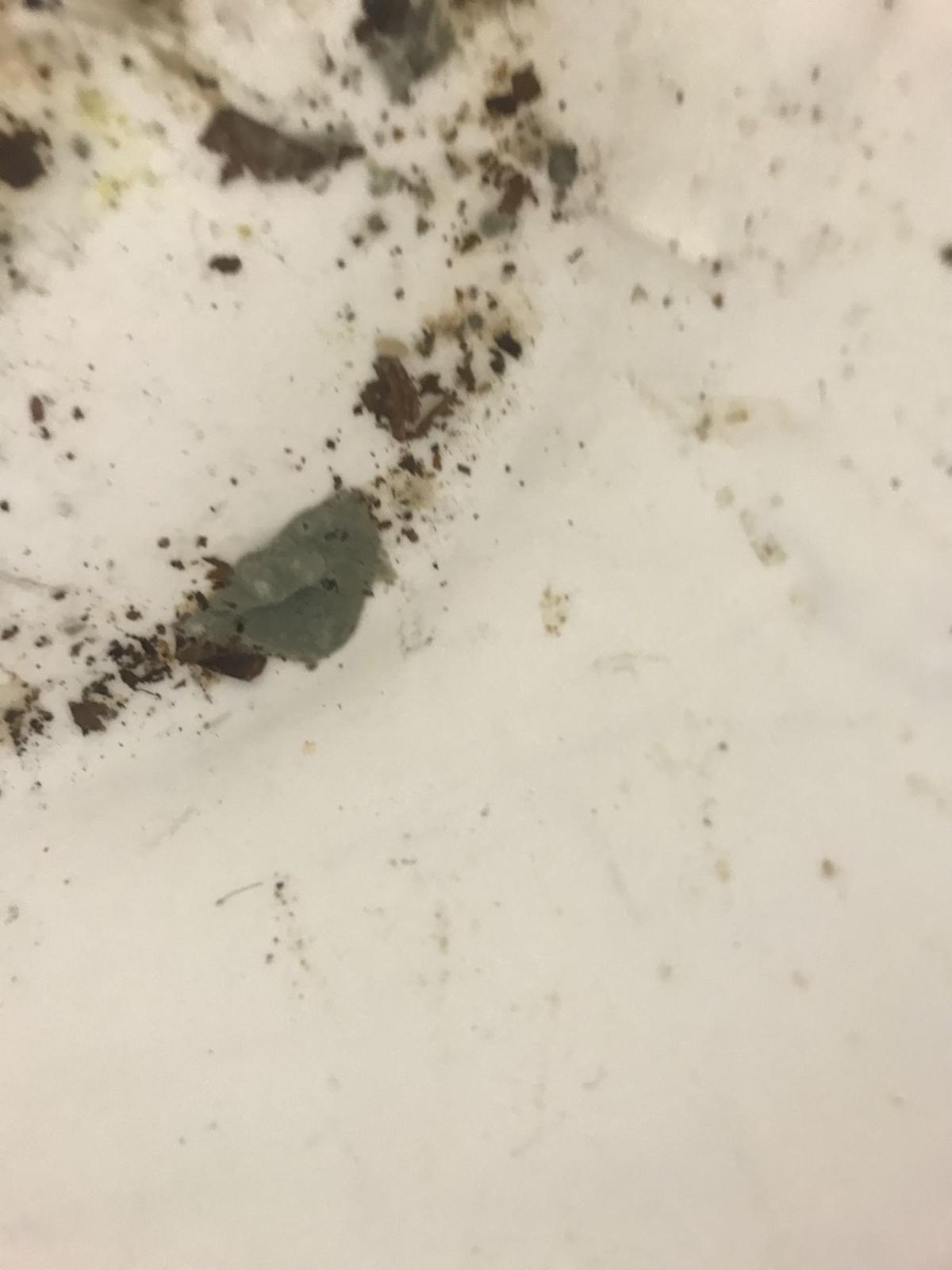 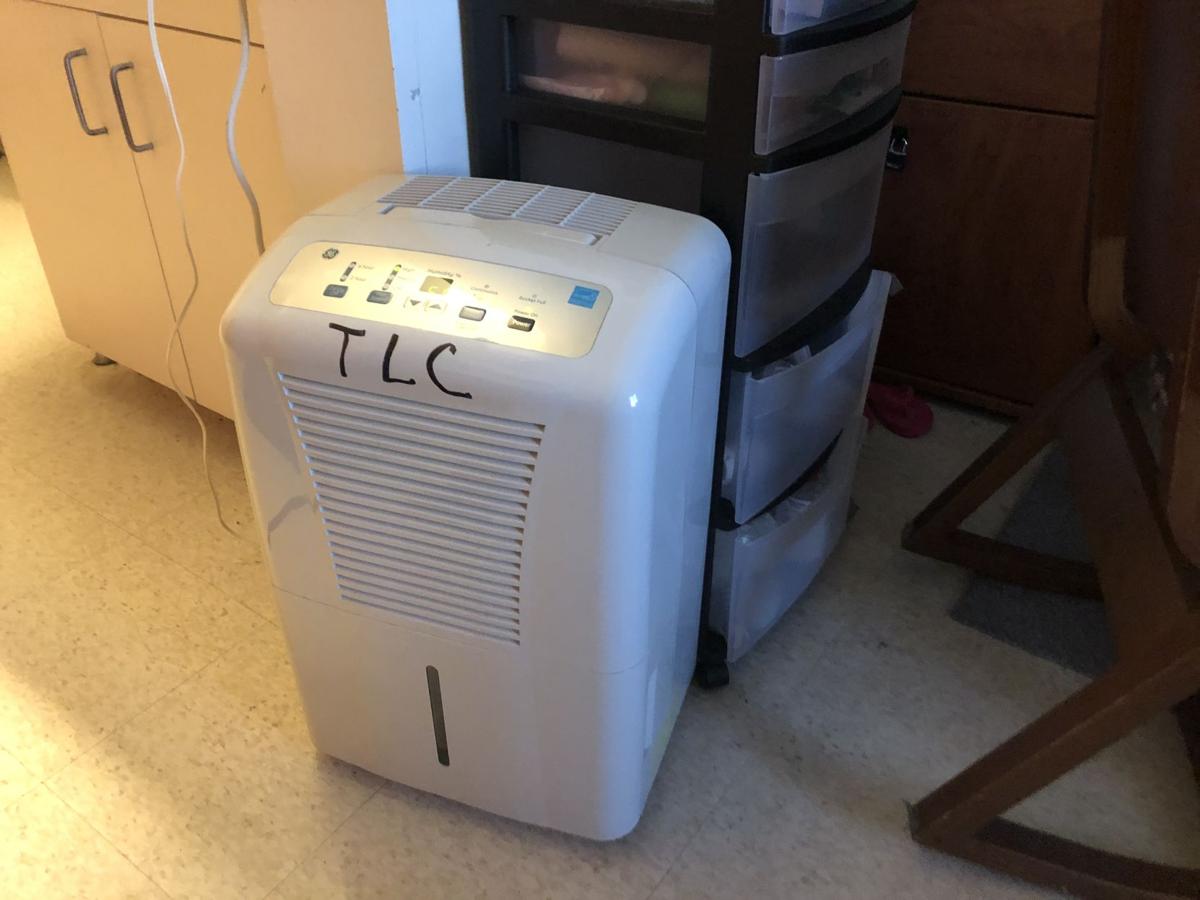 LSU implemented a policy requiring incoming freshmen to live on campus last year. For some, this policy allows for a fun, new experience of living on campus. For others, this experience is filled with mold, mildew and health issues.

Since the beginning of the semester, some students in South Hall noticed they have been continually sick without explanation. Upon visiting a doctor, one student discovered it was caused by the presence of mold.

Mass communication freshman Sierra Vanderhorst lives in South Hall, located in the Residential College One complex at the northwest corner of campus, and noticed she was frequently getting sick. According to Vanderhorst, she couldn’t be in her room for more than an hour without having coughing fits.

When her resident assistant completed a routine room check at the beginning of the semester, Vanderhorst said the room smelled like mildew. Her RA advised her to put a work order in.

Vanderhorst said the maintenance staff fixed the vent in her room after she put in her work order, but she didn’t feel any better. They then brought her a dehumidifier. Her dehumidifier fills up every six hours, and the humidity stays at 50%. When she turns it off to empty it, the humidity goes up to 90% in her room, according to Vanderhorst.

Vanderhorst said she put in five work orders over the semester, but her Residential Life Staff told her only one work order showed up in the system.

During fall break, Vanderhorst went home and visited her doctor. She was prescribed cough medicine, steroids, an inhaler and Zyrtec to help with her constant sickness. The doctor advised her to get out of the room before it turned into an upper respiratory infection or pneumonia.

When she returned from fall break, she noticed mold growth in her trash can.

Vanderhorst scheduled a meeting with Residential Life, who first offered to move her into another room in South Hall. Res Life said the problem might be mildew, not mold, but Vanderhorst reiterated it was mold that was growing in her trash can. Vanderhorst said she didn’t want to move into a different room, because it’s the mold in South Hall causing her problems, not her specific room.

Mass communication freshman Taylor Davis, Vanderhorst’s roommate, said she has been sick throughout this semester as well. At first, they both thought their sickness was caused by weather changes, but they soon realized it was caused by conditions in the room.

“It was stressful,” Davis said. “We didn’t really know what to do. We just knew we kept getting sick.”

Vanderhorst and Davis are in the process of temporarily moving to West Campus Apartments while their room is inspected and cleaned.

Vanderhorst said she and her roommate are not the only South Hall residents with mold and mildew in their dorms.

“My friend on the other side of the hall found mold in her shoes,” Vanderhorst said. “There’s people who found mold in their closets.” “People are really getting sick and have real world problems, and you have to put up a fight for weeks to do anything about it.”

Last month, a member of the LSU Parents Facebook Group posted a picture of her daughter’s shoe with mold growing on it. She said she bought her daughter a dehumidifier to keep from getting sick, but it fills up daily.

“She has followed all procedures to make a complaint, and they are supposed to fix the AC,” the post read. “I am so upset and don’t know what I should do.”

LSU Residential Life Communications and Development Associate Director Catherine David said Facility Services was alerted in August of that specific mold problem and made adjustments in the room, then marked the work order as closed. When they heard about the issue again two months later, they went into action to fix it, David said.

“For those weeks, to us the issue was fixed,” David said. “So once we knew about it again, and that post went public, then we were able to go into our protocol.”

The protocol Res Life follows after a report of mold or mildew has three parts: maintenance, custodial and environmental, according to David.

First, they bring in a maintenance team and determine if the problem is maintenance related. Then, the custodial team inspects the room to determine if anything needs to be cleaned with hospital-grade disinfectants and microbial enzyme killing solutions.

Lastly, they send a licensed environmentalist into the room reported to have a mold or mildew issue. The environmentalist tests water levels in the air and gives a report on the air quality and humidity levels to determine if it is in the normal range or indicates a larger problem.

“We’re partners in this. We want people to be happy and comfortable and safe in their environments,” David said.

David said mold or mildew in a room can be caused by an imbalance in the air and the temperature of the air inside and outside the building. She said this imbalance can cause humidity or moisture, which leads to mold or mildew.

Res Life monitors the work orders submitted in residential halls to determine if a problem such as mold is a larger, systemic problem, or just in one concentrated area. David said they can only monitor patterns if work orders or complaints are submitted by students. She encouraged students to report problems when they encounter them.

Res Life gets between 150 and 200 work orders a month with a variety of topics and severities. There is usually a large influx at the beginning of the year.

David said this year, the residential halls and apartment complexes are close to full capacity, so there are more people in the halls. She said that, combined with warmer temperatures this fall, is what could contribute to more mold or mildew related work orders.

Residents in South Hall received an email from Residential Life on Oct. 28 about the air quality and humidity issues in the hall. The email gave examples of ways to help control the air quality in rooms, including leaving the AC on the "auto" function rather than just "on," and letting wet shoes dry out before putting them in a closet or dresser.

The email also said Residential Life worked with the LSU Office of Facility Services to ensure the mechanical systems in South Hall are working properly, and Environmental Health and Safety inspected the areas that reported mold. All systems are functioning at full capacity and interior air quality is safe in South Hall, according to the email.