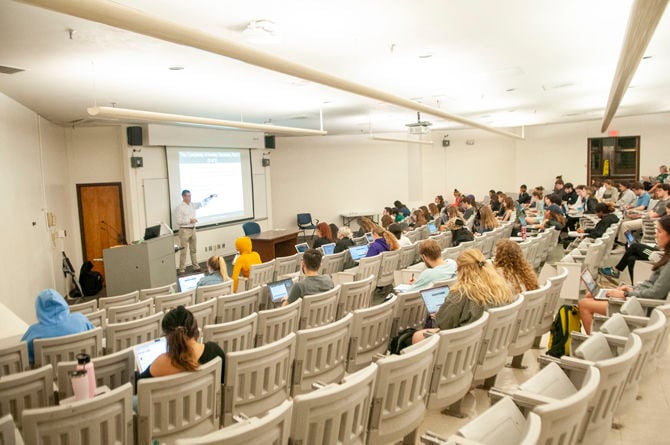 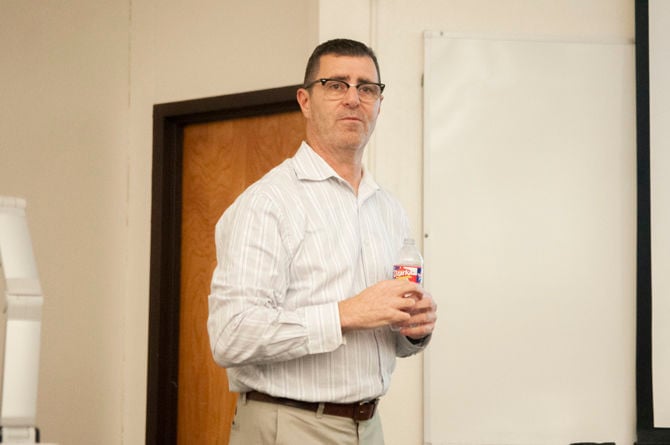 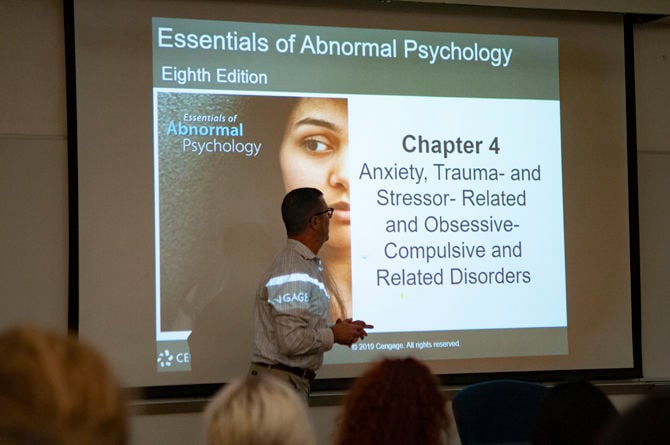 Wednesdays at 6 p.m. leave LSU's campus fairly uninhabited. Students who aren’t pulling an all-nighter at Middleton Library are typically at home studying or getting ready for a night out at Tigerland. The sounds of crickets, frogs and bats chirping to one another overtake the campus, and dimly lit street lamps are all that illuminate the empty Quad.

Walk into Lockett Hall at that time, though, and you will find a room filled with about 220 students, listening to one man speak about schizophrenia, autistic spectrum disorder, obsessive compulsive disorder or any other mental illness in the book.

What makes that professor stand out is that he doesn’t simply read the definitions and symptoms out of his abnormal psychology textbook; he shares stories about children, adolescents and adults with said mental illnesses, all of which he treated anywhere from 20 years ago to earlier that day.

LSU adjunct professor Bryan Gros has balanced a full-time career as a clinical psychologist and psychology professor for over 20 years, with a stronghold on the Wednesday 6 p.m. to 9 p.m. slot for his abnormal psychology class.

A typical Wednesday for Dr. Bryan Gros-- his busiest day of the week-- begins at Capital Area Human Services on Government Street, where he works full-time as the director of psychological services. He begins his days by interviewing new patients, typically children and adolescents ages 5 to 19 who are brought in by parents or referred by teachers.

Then Gros begins his casework with recurring patients and supervision of University graduate students that work at the clinic. On some days, he will also do some work for his private part-time practice, where he evaluates children for gifted programs, ADHD or disabilities. He gets off of work at 4:30 p.m., grabs a quick bite to eat at Wendy’s and drives to the University for his 6 p.m. abnormal psychology class.

“What I like most about it [abnormal psychology class] is that I can use my experience from the clinical work to help my teaching,” Gros said. “I wouldn’t find the class as enjoyable if I wasn’t able to bring clinical experience to it, which is probably why I didn’t find theories of personality all that exciting.”

Not only does Gros have one full-time job and two part-time jobs, he is also a single parent of two teenagers, a boy and a girl. He said that raising children by himself is something he was never taught, but had to learn. Luckily for him, he did not find it difficult to find a balance between work and home life.

“Wednesdays are the only day where I get home after sundown,” Gros said. “My days are pretty busy, but my nights are free for family. I don’t find it too difficult to do that. Once I had kids, it was more important to me to spend nights with my kids than working.”

“There were a couple of child cases that came through the clinic,” Gros said. “They were asking for graduate students who might want to see these, and I volunteered. My first case ever was a child with autism. After that, I just started taking more child cases and found that it was my calling.”

Gros says he truly loved graduate school, and that he would do it over again if he could avoid tests and essays. That interest in academia inspired him to pursue a career in education on top of his clinical work.

During a class, Gros will explain the personalities and behaviors of patients who come to his office with the mental illness being discussed. He will divulge into their behaviors, symptoms and treatments, providing as much detail as possible and answering any questions.

His favorite story, though, is one he likes to keep short and to the point.

“A child that I treated is now a psychologist,” Gros said.

From what Gros has heard, students typically react very positively to his class.

“They typically find it very helpful and engaging that I can bring clinical experience to the class,” Gros said. “Every semester, I do have students come up to me and tell me they appreciate that I do clinical work and want to speak with me about a career in psychology or mental health or graduate work in those fields.”

But Gros believes that interest in the class is because of the class material itself rather than how he teaches it. But his students, like psychology sophomore Felix Harrison, would disagree.

“Considering the fact that it was a long lecture-style night class, I was always impressed that Dr. Gros managed to keep the class so engaged in his lectures,” Harrison said. “Attendance was considerably higher in his class than it has been in other night classes I've taken.”

Gros finds his career highly rewarding. In his clinical work, Gros said he feels satisfied to see his patients improving, whether that be seeing improved grades, lowered depression or deepened relationships.

In his University career, Gros uses his class as a means of providing an open, honest environment to discuss mental illness and its stigmas.

“He would often open up the lecture by asking the class for feedback about what they thought of when they heard the name of a certain mental illness,” Harrison said. “I generally thought he was good at humanizing mental illness, especially when he would tell us about experiences he's had working in clinical psychology--without revealing any personal info, of course.”

Gros believes that all too often people fail to acknowledge their mental illnesses, and he would like to help students break free from that culture.

“I think for far, far too long, mental illness has been stigmatized,” Gros said. “People don’t talk about it, and because of that many people are reluctant to get treatment.

“The research shows that about 20 to 25% of people will experience a mental illness at some point in their lives, whether it’s mild depression or ADHD or something more severe. But, the majority of those will not seek treatment.”

Gros said that he may be interested in taking on more classes in the future, as he has no plans of retiring in the next 10 years. He also encourages any student interested in psychology to take his class if they want a broad explanation of the various mental illnesses and psychiatric disorders.