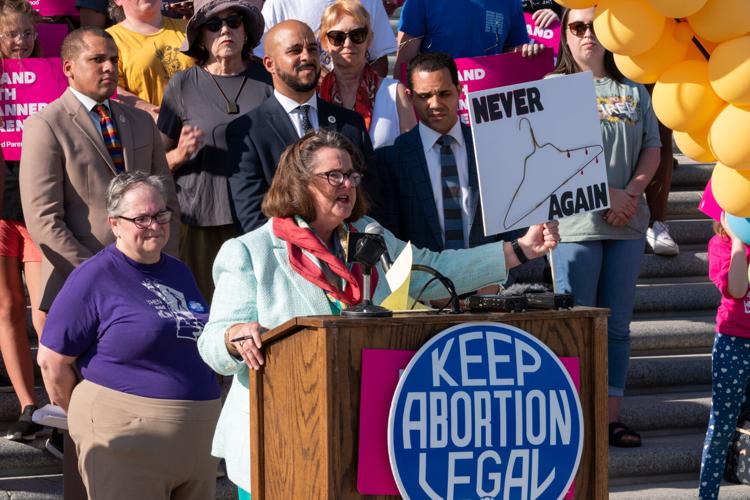 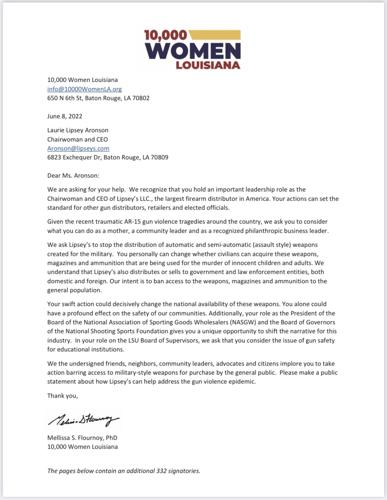 A progressive organization led by an LSU adjunct sent a letter Wednesday to LSU Board of Supervisors member and gun company CEO demanding action on gun violence.

The organization, 10,000 Women Louisiana, chaired by former State Rep. Melissa Flournoy, an adjunct political science professor at LSU, asks that Laurie Lipsey Aronson, CEO of Lipsey’s, one of the largest firearms wholesalers in the country, direct the company to cease distribution of automatic and assault style semi-automatic weapons to the general population.

“Given the recent traumatic AR-15 gun violence tragedies around the country, we ask you to consider what you can do as a mother, a community leader and as a recognized philanthropic business leader,” Flournoy wrote.

The letter was co-signed by over 300 other gun safety activists.

The letter notes that the organization’s intent is to ban access to the public, not to the governmental entities the company also has as clients.

Flournoy also asks that Lipsey use her connections in the industry as Chair of the National Association of Sporting Goods Wholesalers and on the Board of Governors of the National Shooting Sports Foundation to “shift the narrative for this industry.”

The letter ends for a call for Aronson to make a public statement about how Lipsey’s can address gun violence.

This story will be updated as more information becomes available

Scattered thunderstorms in the morning becoming more widespread in the afternoon. High 89F. Winds SSW at 5 to 10 mph. Chance of rain 70%.