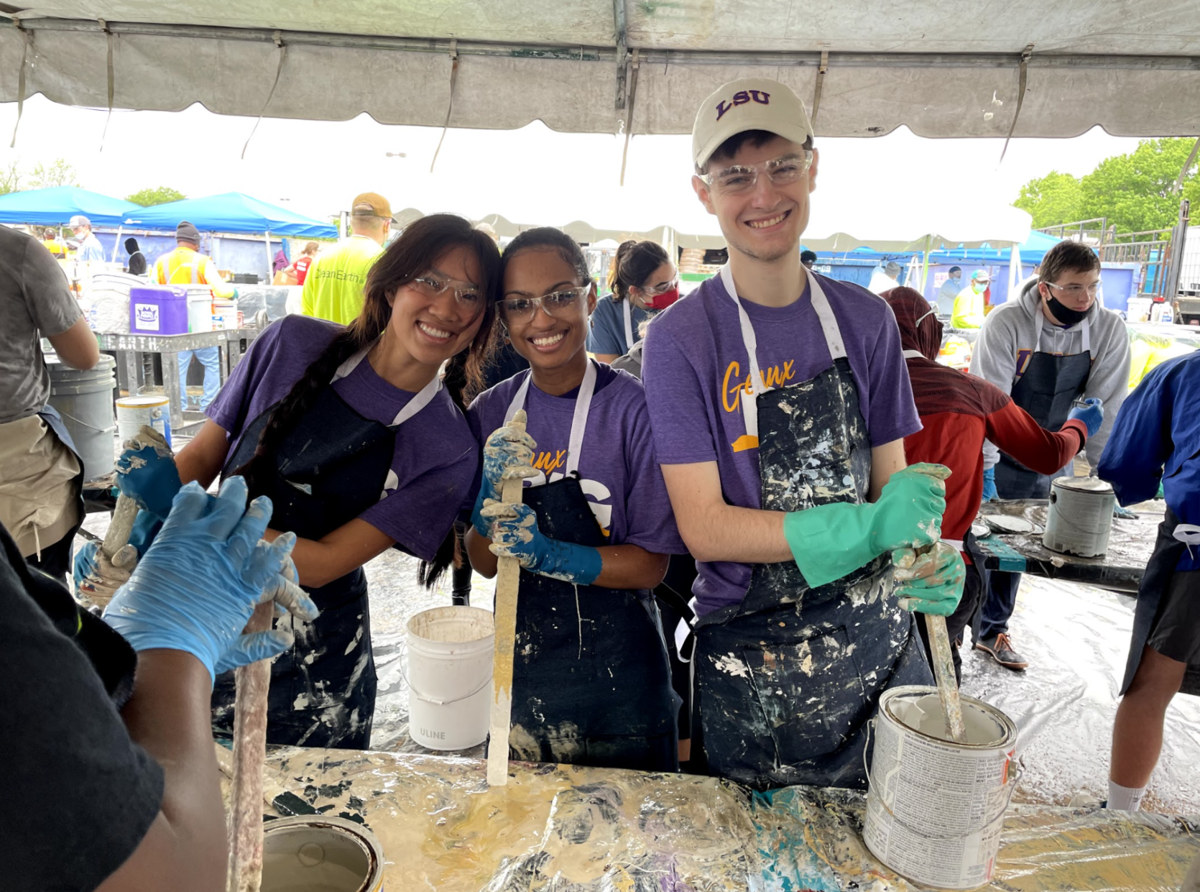 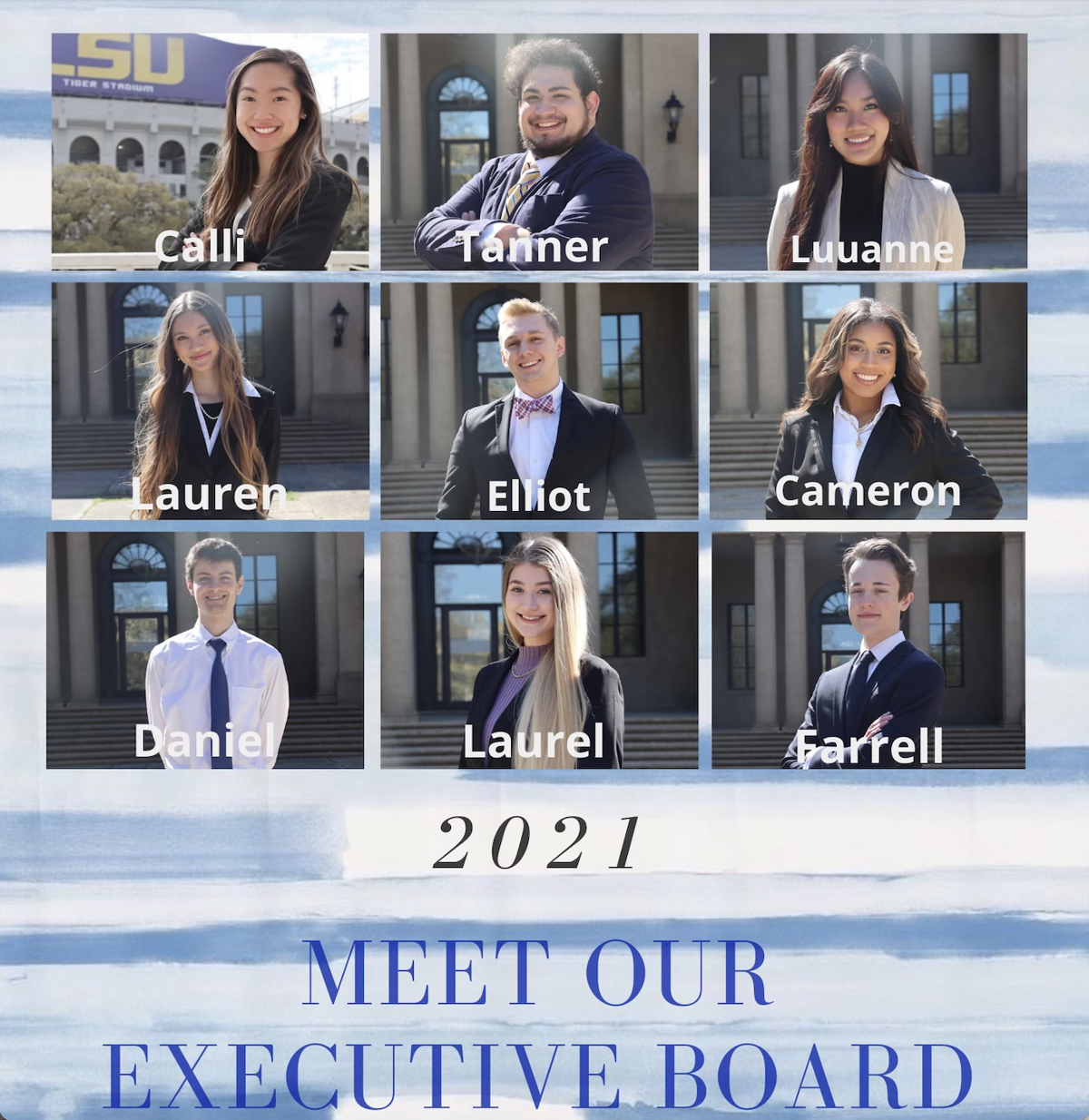 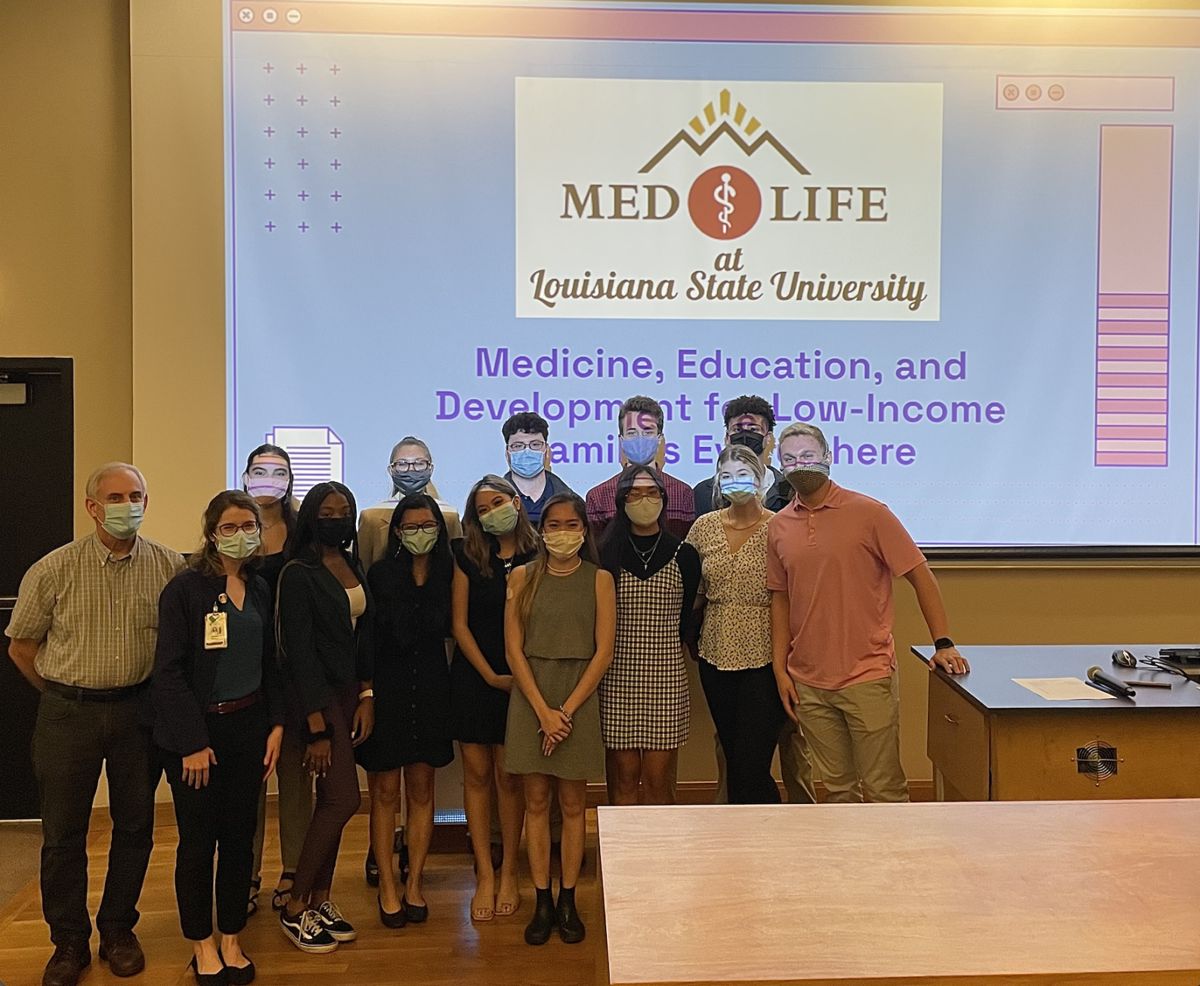 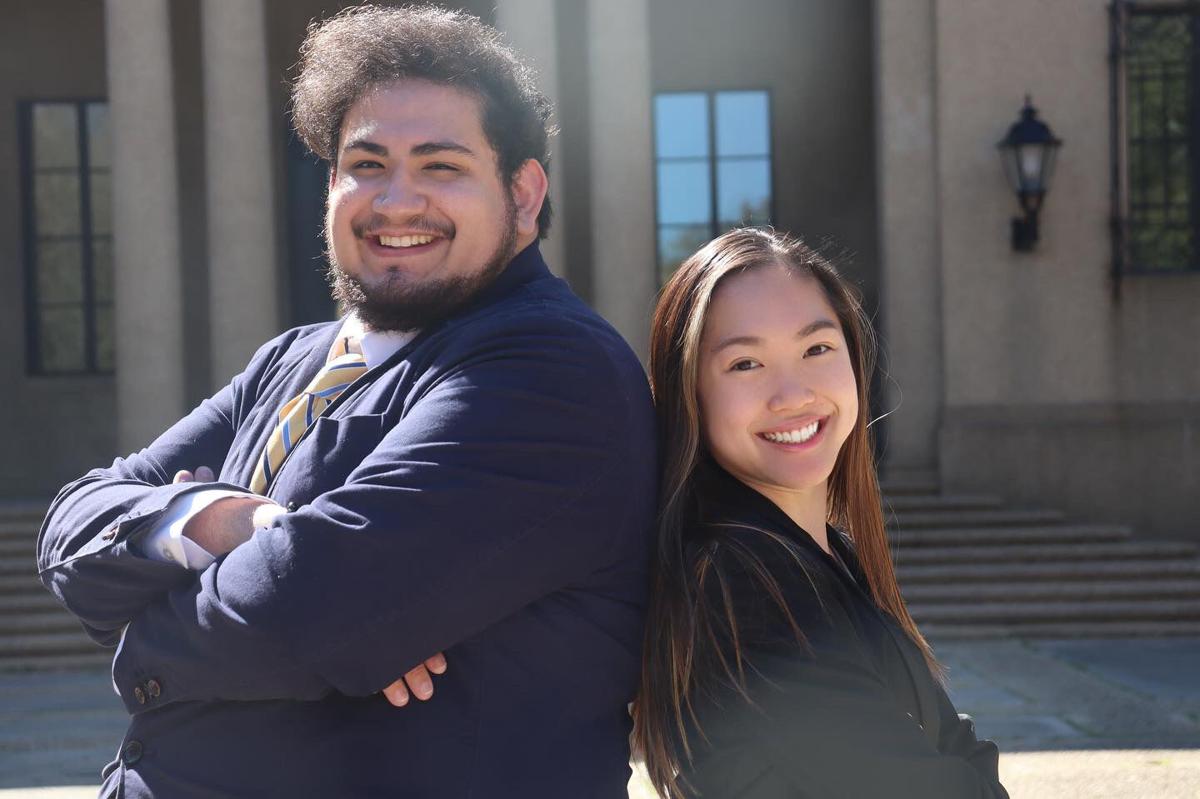 MEDLIFE at LSU is a chapter of the non-profit global MEDLIFE movement. According to their website, the organization aims to empower communities in need with a vision of “a world free from the constraints of poverty.”

Biology and interdisciplinary studies senior Calli Nguyen, president of the new club, said that as a first-generation Vietnamese college student, she faced difficulty finding a club on campus that she could relate to. So she, along with vice president Tanner Aucoin, co-founded MEDLIFE at LSU last spring.

“A big reason why I co-founded MEDLIFE is because my passion is [helping] the disadvantaged population,” Nguyen said.

The club, although only in its second semester, has over 200 members. Many in the club are pre-health members — but students majoring in computer science, physics and pre-vet and pre-law are involved.

“As I started talking to our members… they all told me the biggest reason [they joined] was MEDLIFE’s mission,” Nguyen said.

Aucoin, a sociology major said he comes from a Mexican and Cajun background and will be the first in his family to graduate college. Aucoin spoke about wanting to use the club to overcome the stereotype that pre-med students are “sharks” who don’t support each other.

Biochemistry and sociology senior Luuanne Nguyen, MEDLIFE's secretary, said that as a first-generation Vietnamese student, the message of the club spoke to her.

“It really spoke to me and my family,” Luuanne Nguyen said. “This is something that could really help not just Baton Rouge… but [people] around the world.”

MEDLIFE at LSU recently hosted a Question-and-answer session where they received overwhelming participation, with questions about focusing on schoolwork and the stress that comes from being in the pre-med field.

Biological science senior Camille Landry has been a member of MEDLIFE since its inception. She said the officers have done a great job connecting with members and displaying their friendly personalities, even through Zoom.

“I like [MEDLIFE] way more than I thought I would," Landry said. “Everyone on the exec committee is so outgoing, and they treat you like family.”

While the executive board had to overcome the obstacle of starting a new club with Zoom meetings, they were able to have their first interactive event in April. MEDLIFE participated in Geaux Big Baton Rouge, a service day where LSU organizations served the Baton Rouge community.

At the event, MEDLIFE set up a disposal site where people could dispose of hazardous waste like paint, coolant and batteries. Then, teamed up with other organizations, they were able to reuse around 160 cans of paint for Habitat for Humanity.

In September, MEDLIFE hosted a Hurricane Ida Relief Supply Drive in collaboration with Cajun Navy Relief, a non-profit focused on providing rescue and relief to people across the country during natural disasters. MEDLIFE collected various supplies, such as women’s products, diapers, toothbrushes and canned goods.

“All the stuff gathered will go back into the community to help these people rebuild,” the supply section chief at Cajun Navy Relief David Howell said. “These initial donations are huge in helping [people in need] have the basic stuff that nobody thinks of.”

The next event for the club is a giveback night at the IHOP on College Drive on Oct. 18 from 2-10 P.M.

MEDLIFE plans to participate in other volunteer events throughout the year and hopes to begin offering clinical shadowing opportunities so members can have real-world experience in the healthcare field.

The executive committee is also working on having service-learning trips where members can travel outside the country to serve poverty-stricken areas and provide necessities and assist in giving out food and medical supplies.

The club is still growing, and Aucoin is excited to see its diversity increase.

“I love the diversity in our club because it means the next generation of healthcare providers is going to be so beautifully diverse," Aucoin said. "It’s going to change the face of medicine in America.”