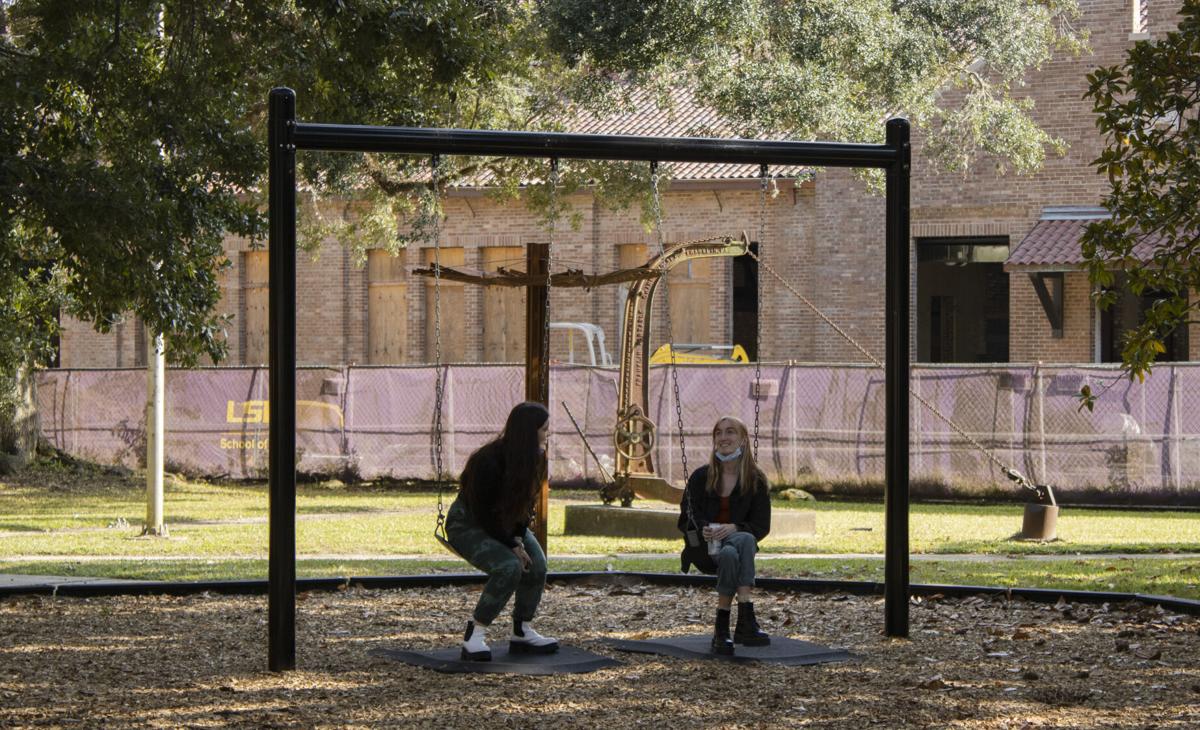 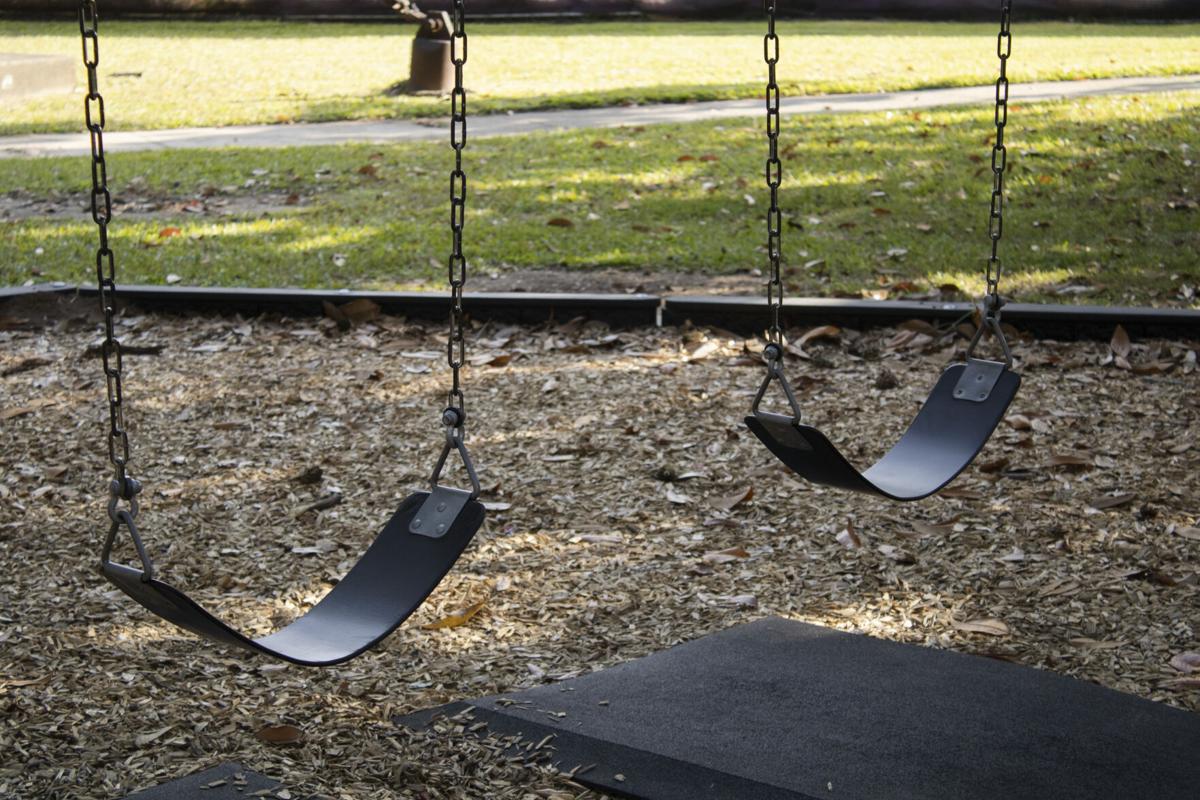 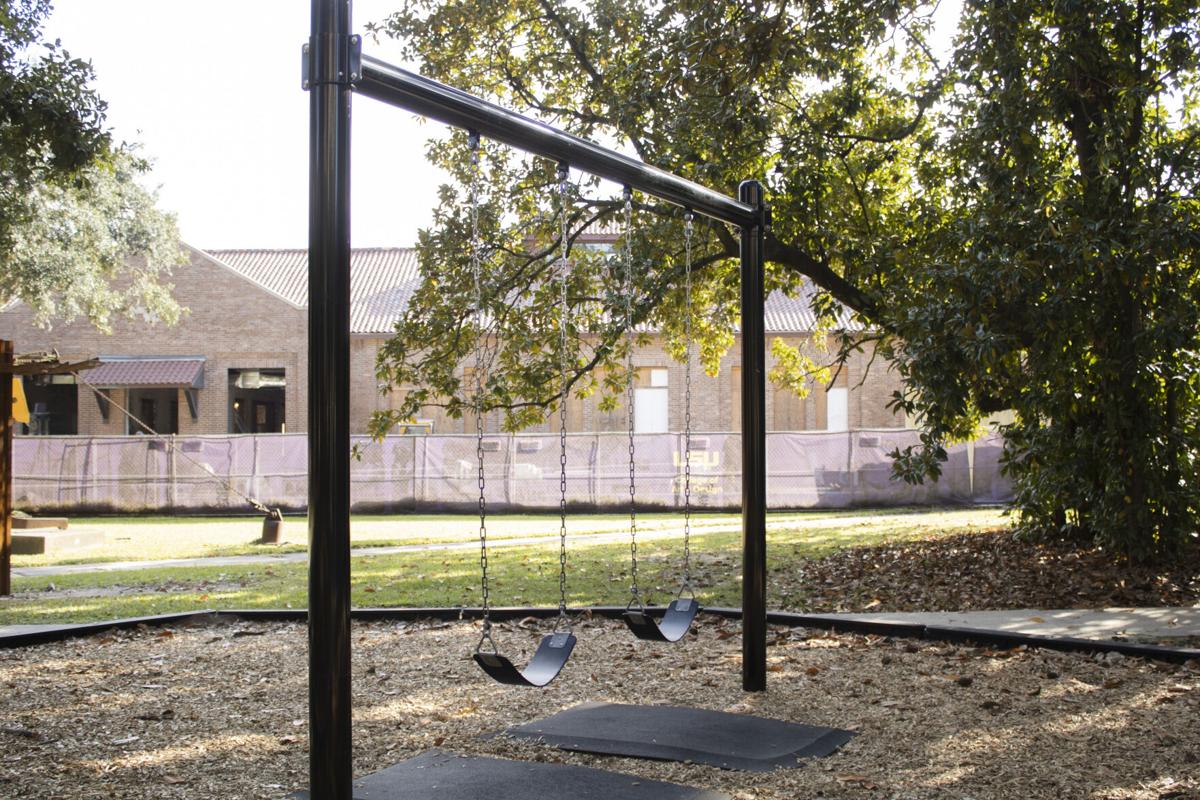 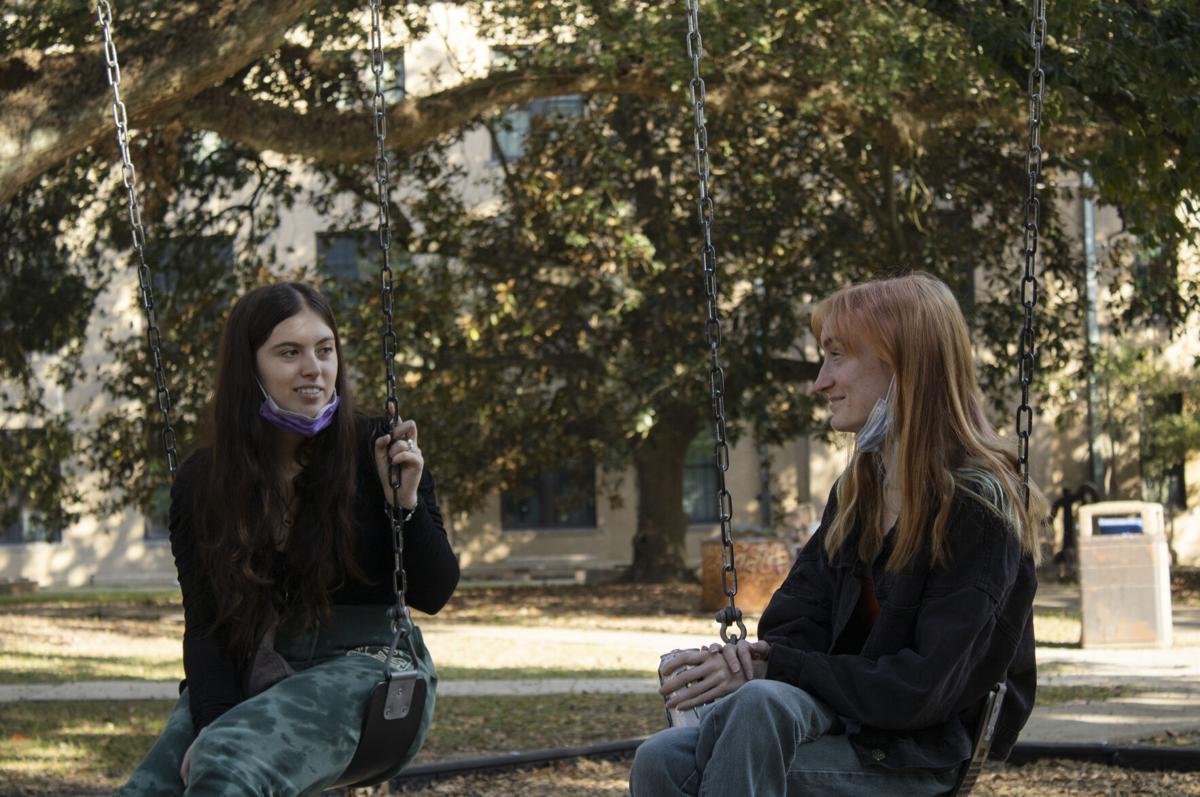 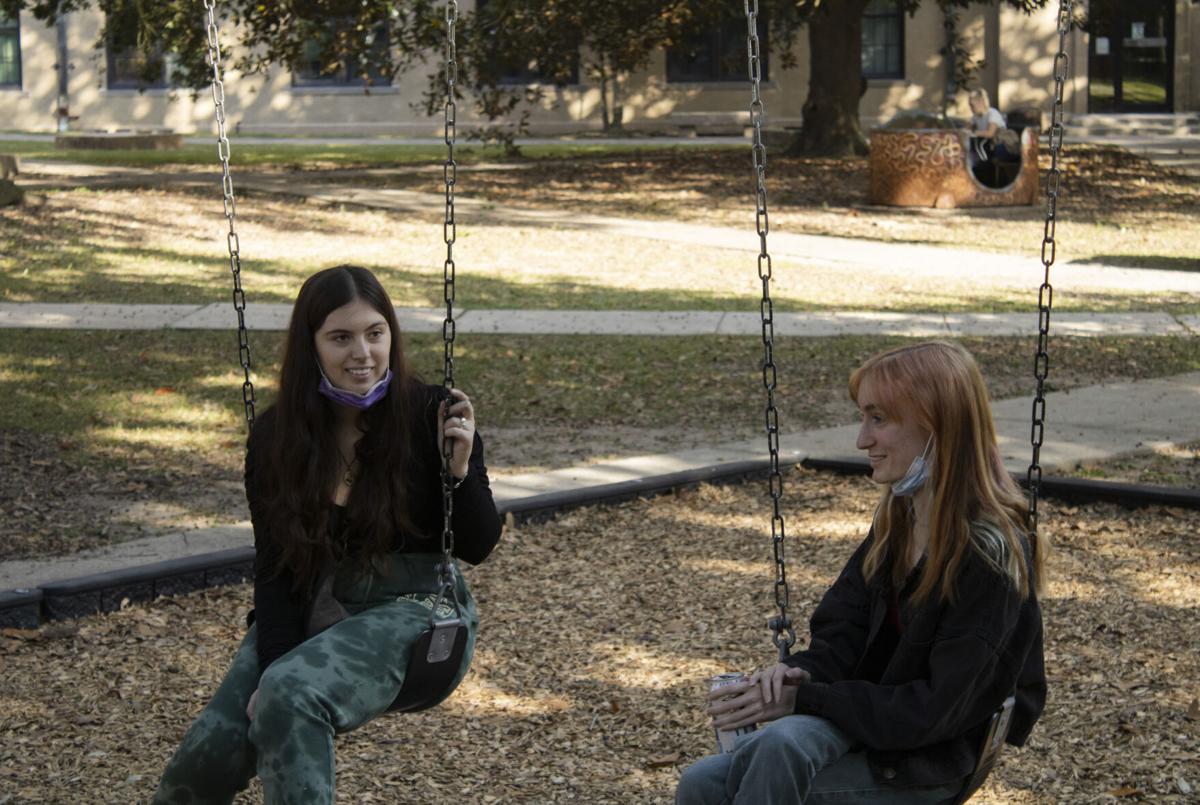 It was August, and Karla Mendez struggled in the rain to find her dorm on the way back from a welcome-week event. The unfamiliar campus took over, and she was lost. Yet despite her stress, she found something she’d value for the rest of the semester, and possibly the rest of college: the art garden swings.

The biology freshman has made it part of her routine to use the swings every Wednesday—the most stressful day of her week due to classes. In the sculpture garden, she catches immense height on the swings, and the feeling of flying plasters a smile on her face.

“It feels exhilarating,” Mendez said. “Since no one is pushing me, I have to do it myself. I’m just going all out.”

With exams, Mendez noticed she was feeling increasingly anxious, and that day she had work coming up that put a toll on her mental health. In her opinion, there was no better solution than the swings. She sees it as an outlet.

“I was feeling stressed-out, because I know I have something later today, so I’m just trying to release the stress,” Mendez said.

When she first saw the swings, she thought it was an odd addition for a college campus. There aren’t any children to use the swings, Mendez thought, but she quickly realized that didn’t matter. It was her playground.

Mendez believes, people are too afraid to use the swings to their fullest potential. In order to get the most out of the swing experience, one must go as high as they can, Mendez said.

Mendez doesn’t always hop on the swings by herself. Usually, she tries to bring her friends with her a to share her, secret spot on campus. She wishes LSU could build more swings so she could bring even more friends.

“I try to bring people into it too, not just seclude it for me,” Mendez said. “So I brought two, three people so far because I love it so much. I want to share it with everyone else.”

“We were just walking one day and we were like, ‘swings? Let’s try them out,’” Tariq said.

Tariq said she feels like a child again when she swings and is brought back to a comforting place when she catches air. Her favorite thing is to race her friends on the swings.

“I’ll be sitting with [Tariq] especially, and she’ll want to go high,” Aburahma said. “Her energy is just very contagious.”

Art and design freshman Cheyenne Marchetta saw how much fun other people had when swinging. With her to-do list lengthening and her nerves growing stronger, she found herself jealous of the care-free swingers and decided to try it for herself.

“It hasn’t been a very good couple of weeks, but this seems like the kind of energy I might need in my life right now,” Marcheta said.

Excited to use the swings for the first time, Marchetta found just walking through the mulch that surrounded the swings already thirilled her. She also found inspiration for her art project she had been worried about.

“It’s such a weird thing to have in the middle of a college campus, but it’s very fun,” Marchetta said. enjoy the child-like energy.”