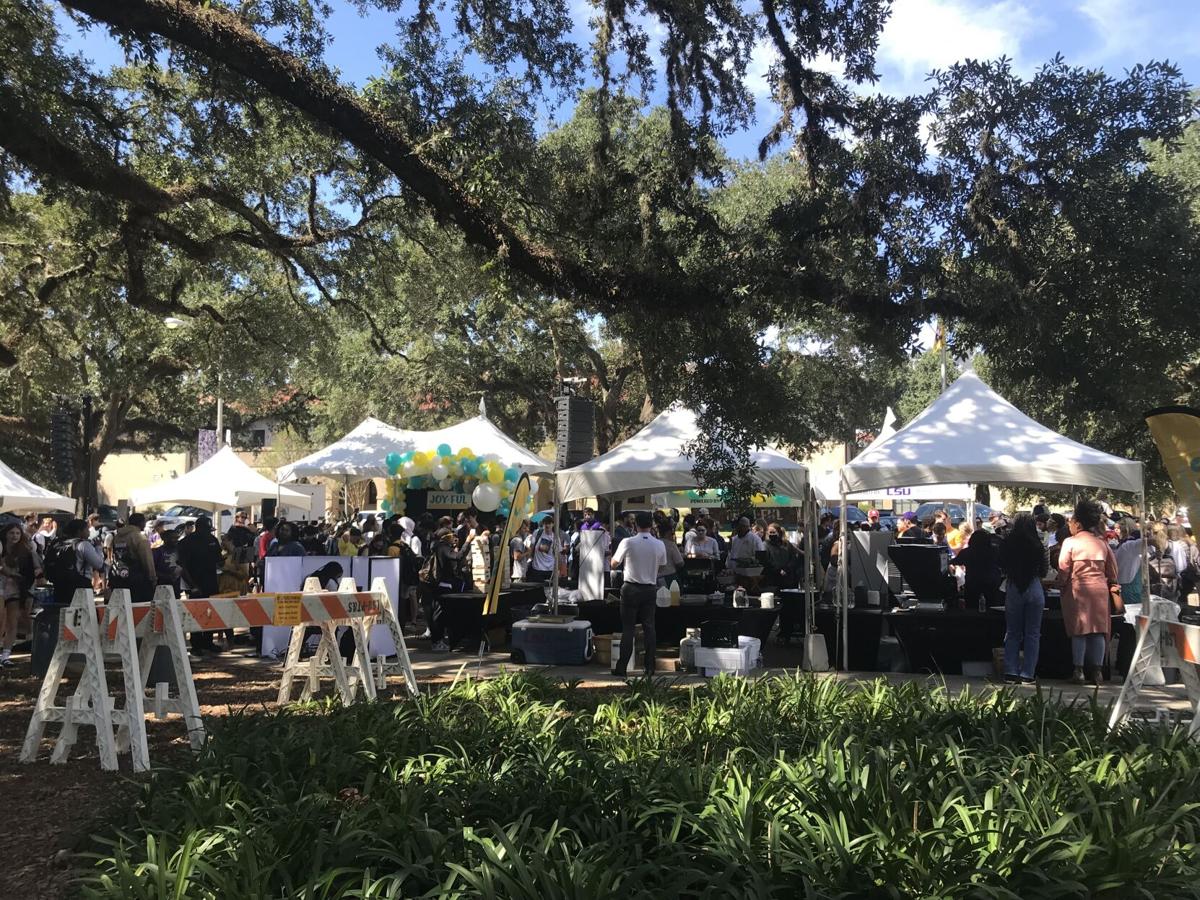 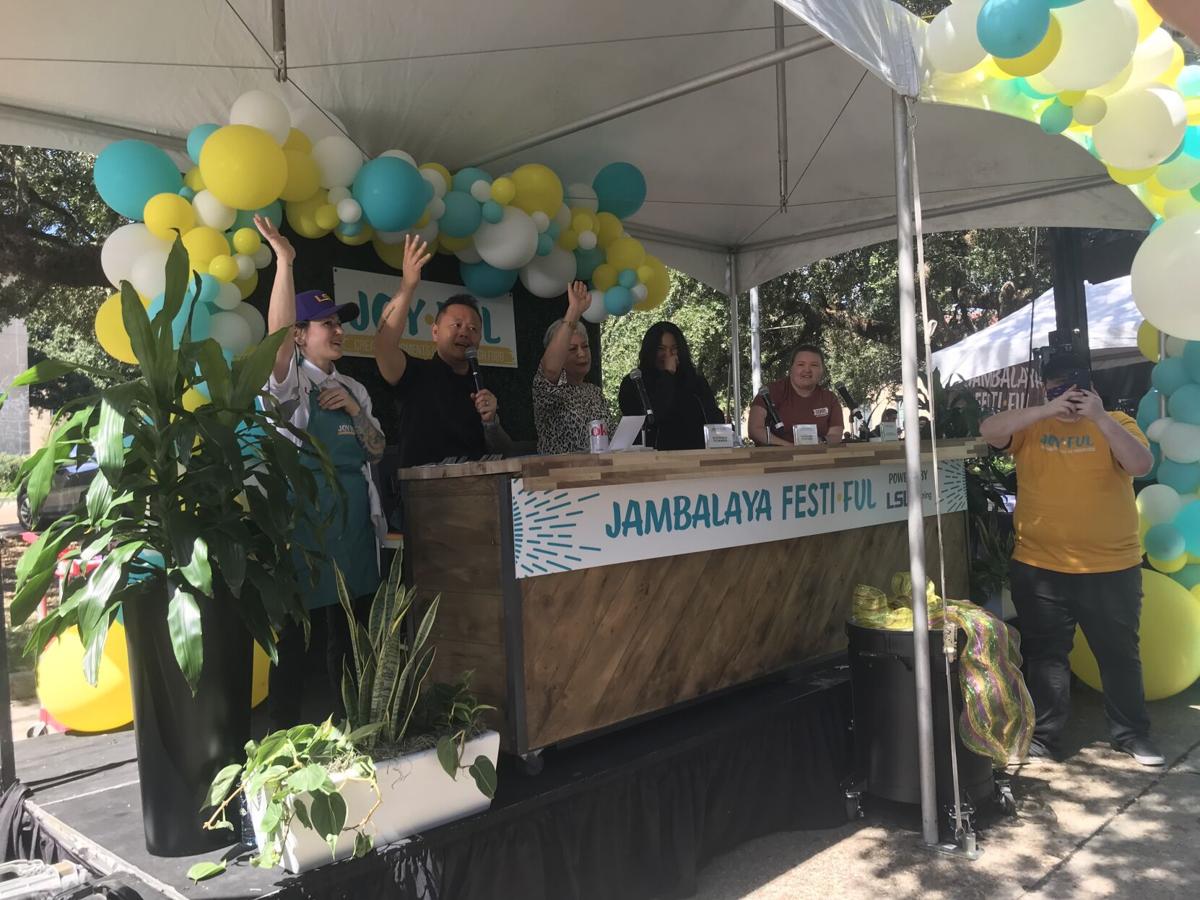 American celebrity chef Jet Tila hosted the country’s largest college street food festival next to the LSU Student Union on Friday. Food trucks, activities and music lined the street adjacent to the Union and peaked the interest of hundreds of hungry students.

After living during a pandemic for over a year, students said they missed the lively experience of large, outdoor events on campus. Graphic design freshman Landin Smith loved the atmosphere of the festival, thrilled about being at an in-person event after feeling like he missed his senior year of high school.

“I feel like I just went from eleventh grade into college, and it wasn’t fun, so it feels good to be around all of these people—all different personalities,” Smith said. “It’s great.”

His friend, elementary education freshman Ameyah Johnson, agreed. Johnson said she wishes LSU would have an event like the food festival every week. She heard about the event from a flier in the bathroom and decided to bring all of her friends.

With fall finally arriving, Smith and his friends were excited about the suddenly cool weather. The sunlight and a gentle breeze filled the area, proving to be perfect addition to a plate of Louisiana’s classic dish: jambalaya.

One of the festival’s main features was the vast amount of jambalaya options. From vegan to seafood, there was an option for everyone. The long lines of students at every booth seemed to prove that.

Art junior Zed Lobos was excited to give an on-the-spot critique of the alligator jambalaya, one of the crowd’s favorite jambalayas of the festival.

“It’s got a great texture,” Lobos remarked. “The gator is not too tough. A lot of issues with gator jambalaya is that the gator tends to be too tough. Seasoned right. Gator’s good.”

Agriculture education senior Savannah Kennedy, couldn’t agree with Lobos’ assessment more. She tasted all six of the jambalayas, and her favorite was the alligator. When asked what the highlight of the event was for her, Kennedy said she loved meeting Tila.

“I didn’t know he was here until I walked by and was like, ‘that’s him,’ so I got to meet him and that was pretty cool,” Kennedy said.

Toward the end of the event, Chef Tila hosted the jambalaya competition, where three judges decided which chef had the best jambalaya.

“First comes the dining, now comes the deciding,” announced Tila as a row of LSU Dining chefs anxiously waited to hear if their dish was the winner. The winning jambalaya was a vegan chicken and sausage dish, cooked by Johnson’s.

After Tila announced the winner, Chef Taylor’s line for jambalaya tripled as students waited to taste the winning dish for themselves.

Tila concluded the cook-off with one iconic, LSU pride-filled line:

“Last but not least, Geaux