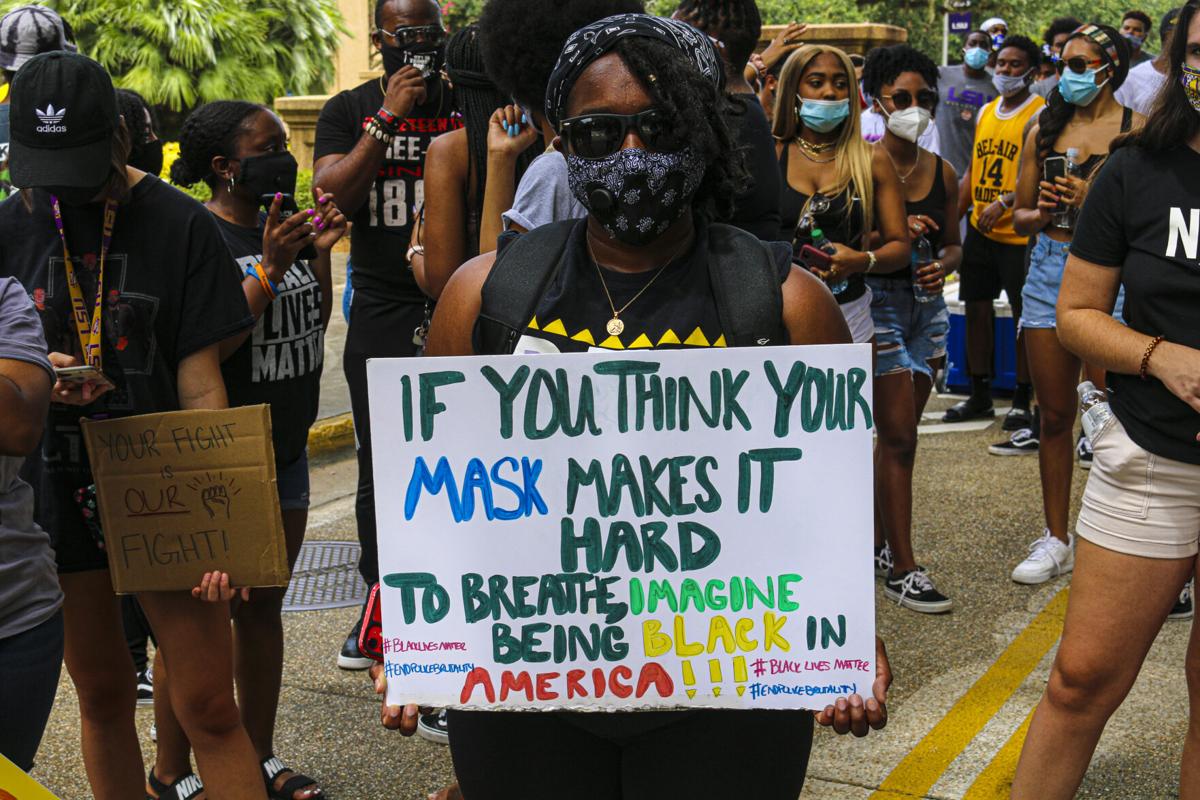 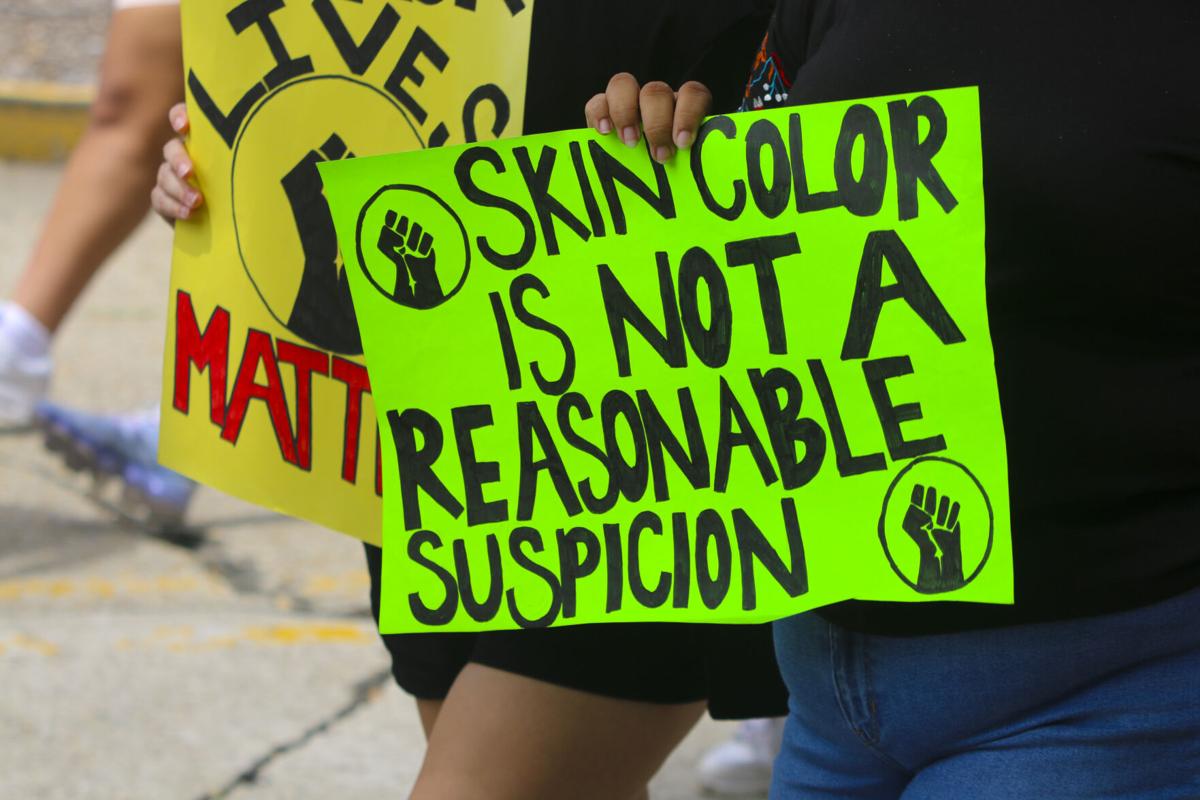 LSU students display signs during "March On LSU" demonstration on Saturday, Sept. 5, 2020 at the Parade Ground on LSU's campus. 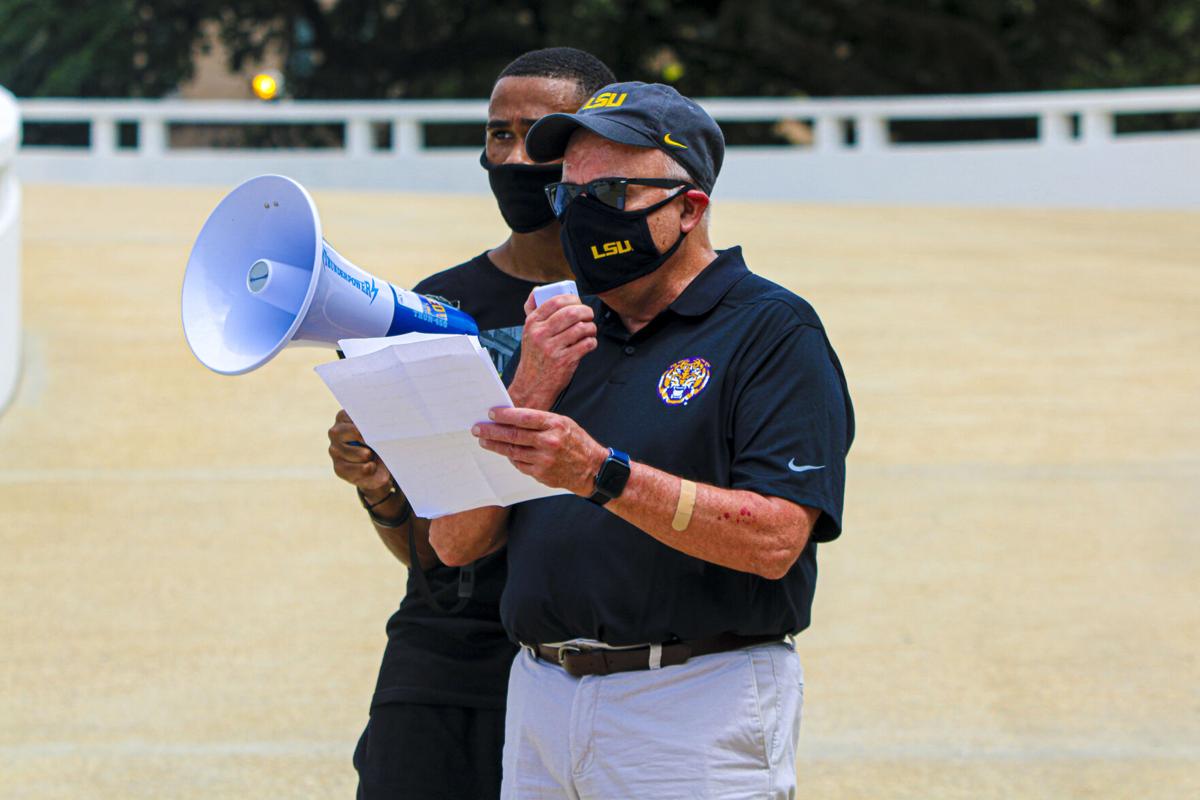 LSU's Interim President, Thomas Galligan, speaks during "March On LSU" demonstration on Saturday Sept. 5, 2020 at the PMAC on LSU's campus. 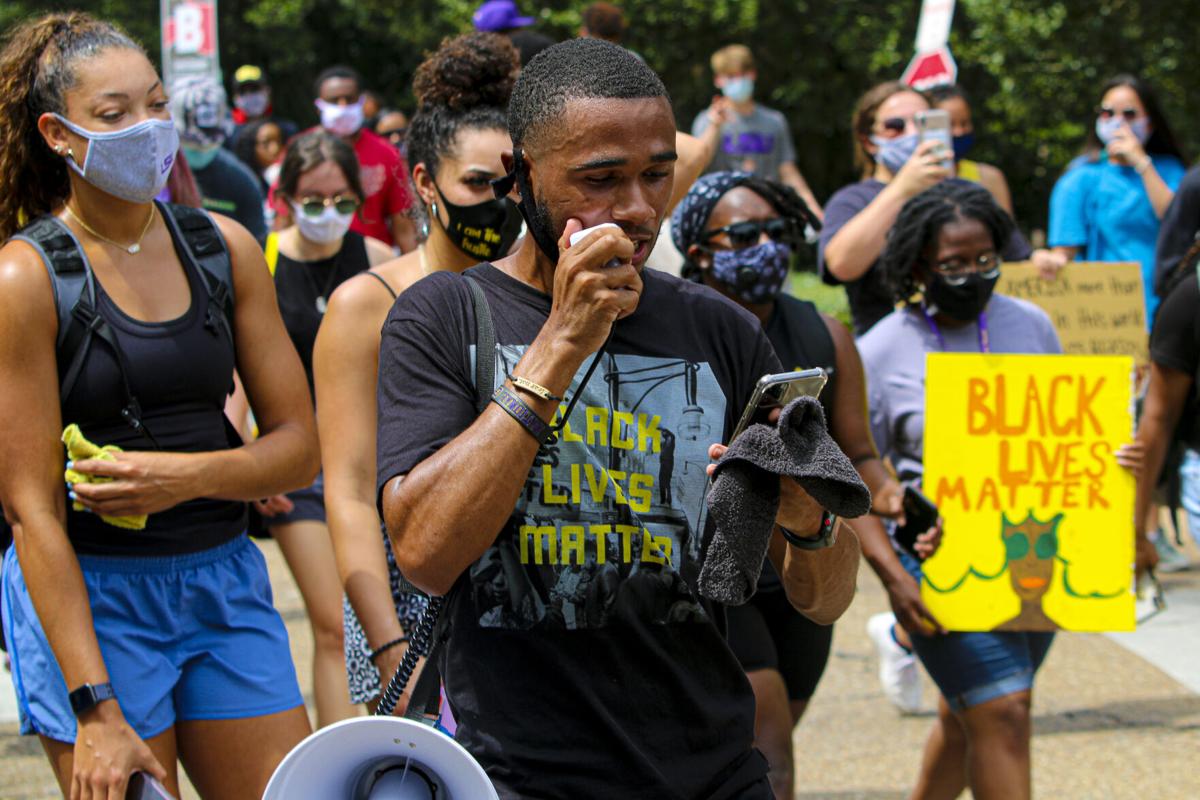 LSU students display signs during "March On LSU" demonstration on Saturday, Sept. 5, 2020 at the Parade Ground on LSU's campus.

LSU's Interim President, Thomas Galligan, speaks during "March On LSU" demonstration on Saturday Sept. 5, 2020 at the PMAC on LSU's campus.

A group of students gathered Saturday at the Parade Grounds to march in support of the Black Lives Matter movement.

Students of all backgrounds held signs and chanted as they walked a circuit around central campus measuring almost a mile.

Sports administration sophomore TJ Polk organized the event to contribute to the Black Lives Matter movement after the deaths of Breonna Taylor and George Floyd and the recent shooting of Jacob Blake.

“Now that everybody and more students are back on campus, I think this was an appropriate time for this event,” Polk said.

Polk said he hopes changes can materialize from similar protests across the nation.

“I hope to see that there is less racism and that we as black people don’t have to be scared of police brutality anymore,” Polk said. “I think it’s important that as a country we start addressing the issues at hand.”

Halfway through the walk, the group paused to hear speeches from Polk and Interim President Thomas Galligan.

“It’s important that we continue to keep this conversation alive,” Polk said. “The purpose for this event was to come together as a community and use our voices to . . . fight social injustice in America.”

Polk and Galligan highlighted the importance of voting not only in national elections, but also in local elections.

“In this year, 2020, we have an election coming up,” Polk said. “People have fought for our right to vote. It’s important that everyone go out and vote not just on a national level but on local level, state level, county level.”

Galligan spoke about his daughter who passed away from cancer and compared racism to a disease affecting the nation.

“Science could not cure our daughter’s cancer, but we will work to cure and kill racism,” Galligan said. “We must wipe it out. We have to be aggressive, constant and vigilant in the steps we take.”

Galligan ended his speech by sharing his hopes for a future of equality.

“When we say Black lives matter, and Black lives do matter, it’s a statement of love, of hope and of unity,” Galligan said. “Go into the community and shine the light and be the change you want to see in the world.”

Maya Jackson felt unsafe marching in her hometown, Atlanta, but she was more comfortable protesting in Baton Rouge, especially since the University president demonstrated solidarity.

“It was nice to see President Galligan there,” Faith Jackson said. “He’s still showing his support and that’s what matters most.”

Moore said she hopes to see more events focused on Black culture and to meet more of the Black community on campus.

“I knew I wanted to walk today because it’s something I believe in,” Washington said. “It’s just a great thing to be a part of.”

A mix of clouds and sun. High 83F. Winds light and variable.

Some clouds in the morning will give way to mainly sunny skies for the afternoon. High 87F. Winds WSW at 5 to 10 mph.

Variable clouds with showers and scattered thunderstorms. Storms more numerous during the evening. Low 59F. Winds N at 10 to 15 mph. Chance of rain 50%.