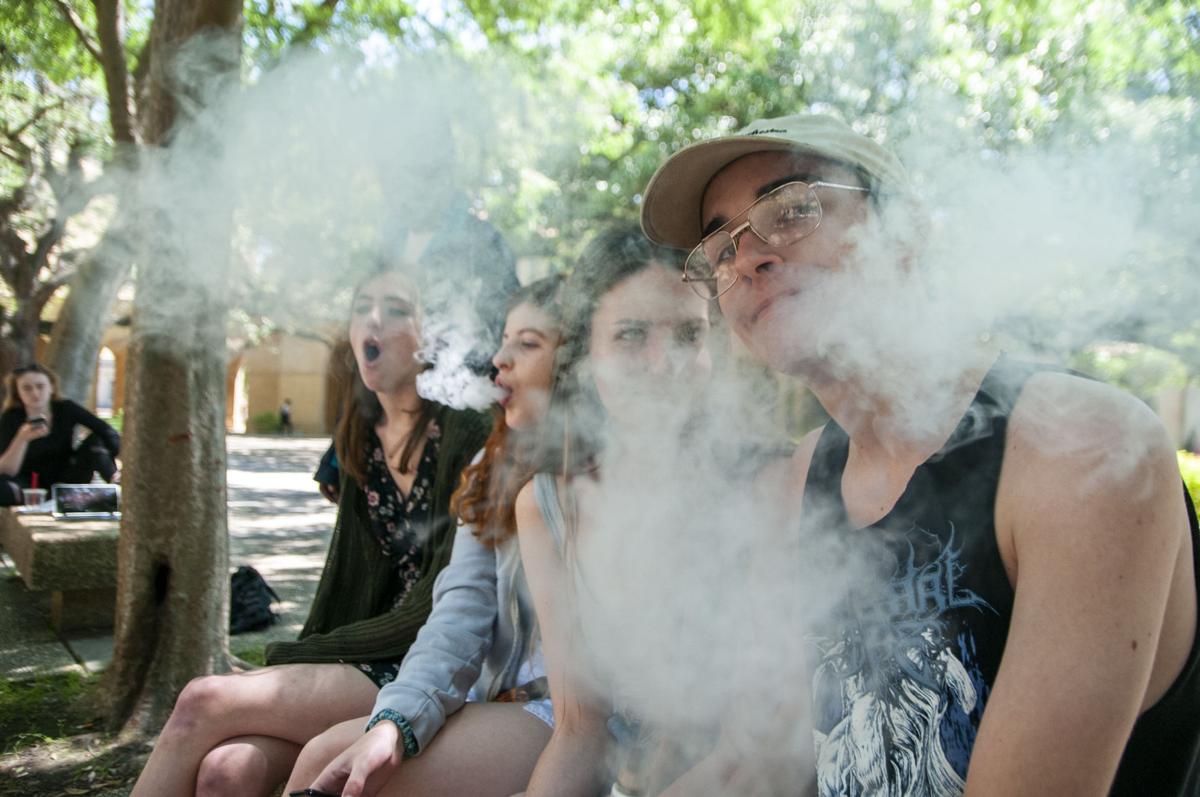 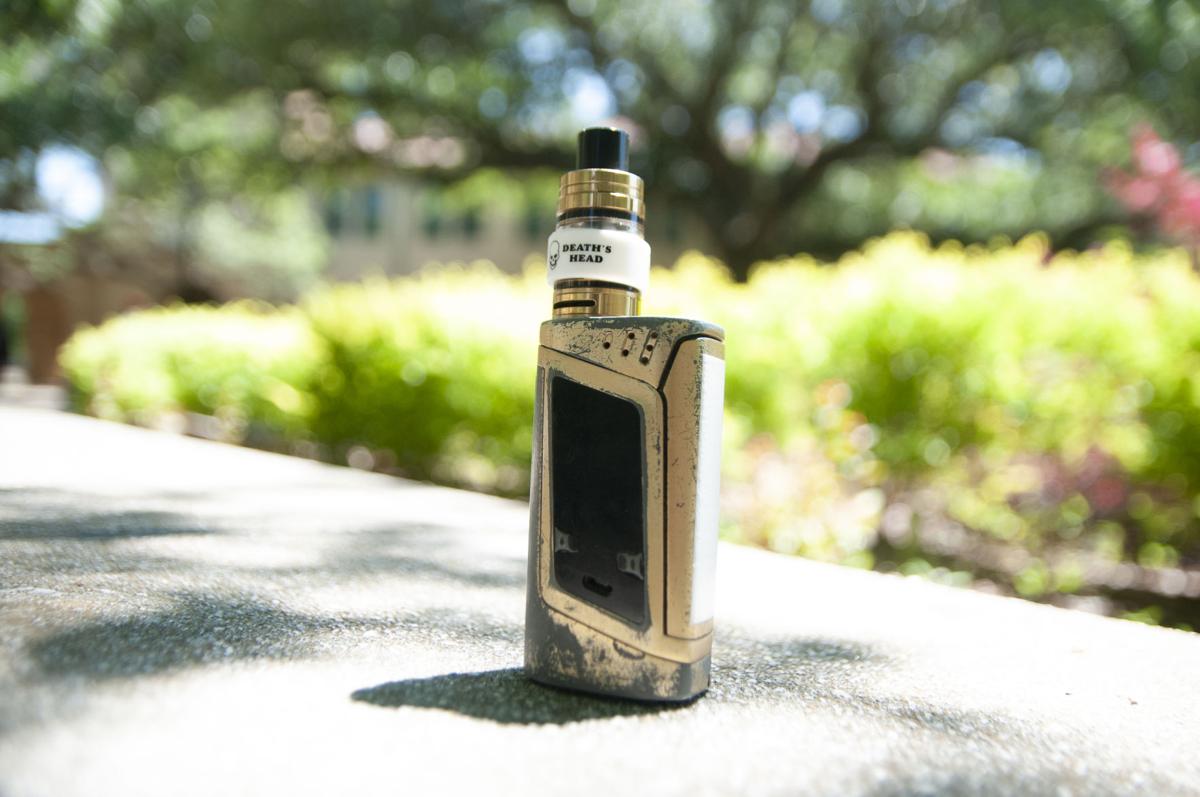 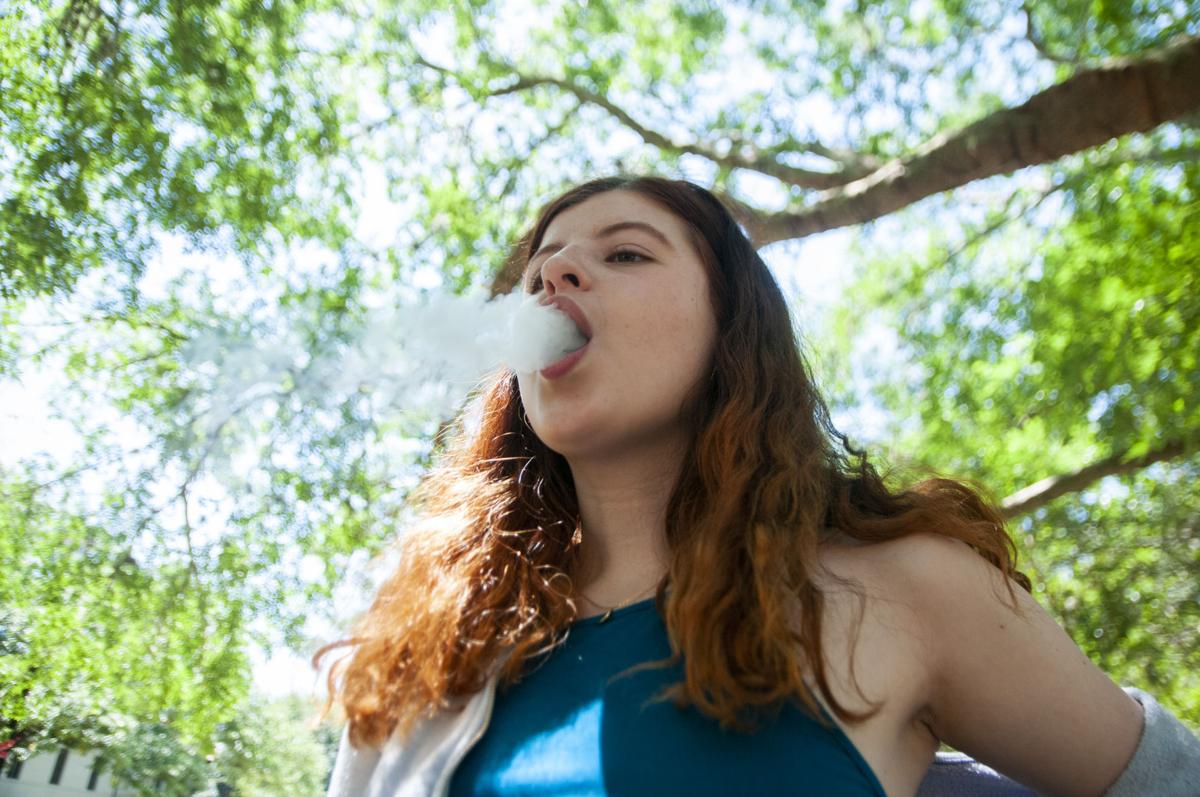 About 20% of LSU students are regular or social vapers, while 86% have vaped at least once, according to a survey conducted by Manship School of Mass Communication professor Judith Sylvester.

Sylvester conducted two surveys to gauge how many LSU students and college students across the country are using e-cigarettes.

Sylvester is the founder of the SmokingWords program, which has been advocating for smoking cessation on college campuses since 2000. With many people turning to vaping as an alternative to cigarettes, Sylvester and SmokingWords’ latest battle has been getting the word out about the dangers of e-cigarette usage.

Although the U.S. Food and Drug Administration eliminated most flavoring in e-cigarettes and raised the legal tobacco purchasing age to 21, these measures resulted in only 28% of survey respondents quitting vaping. About 46% of respondents said they had vaped THC, the psychoactive compound found in marijuana.

“Almost all of these devices are manufactured in China and you don’t know what’s in them,” Sylvester said. “I just want students to be aware of how dangerous it is, and how connected it is with COVID and EVALI.”

The Centers for Disease Control named vitamin E acetate, associated with unregulated THC vaping products, as the most likely additive causing e-cigarette or vaping use-associated lung injury, or EVALI. Over 70% of EVALI cases reviewed by the CDC and FDA were connected to vaping THC; however, they have not confirmed this additive to be the sole cause of EVALI. The CDC halted research on EVALI in February 2020 as fighting COVID-19 took priority.

Sylvester stressed the connections between the COVID-19 pandemic and the explosion of vaping popularity, both because many students turn to vaping to beat isolation boredom and the social aspect of people sharing devices as a cause of virus transmission. Her survey found that over 70% of students who vape named boredom or stress as a contributing factor to increased use.

Her greatest concern, though, is the similarity in symptoms between EVALI and COVID-19. Variants of the virus that are particularly hostile to young people are a major cause for worry, as those who vape may be more susceptible to the severe lung complications associated with the worst COVID cases. Even with EVALI being more connected to vaping THC than nicotine, a Stanford Medical School survey found those who vaped in the last month are five times more likely to exhibit COVID symptoms.

“There’s been no tracking of whether the people that got the sickest from COVID were vaping or smoking,” Sylvester said. “That connection has just been lost.”

Logan Montalbano, a junior chemical engineering major, said he's not too concerned about what is in vaping products, but acknowledged the role that the isolation of the pandemic plays into the habit for himself and others.

“Being stuck at my house without as much to do made me do it more because I thought about it more,” Montalbano said. “Whenever you’re out and about, you don’t think about hitting your vape as much, but when you have nothing to do, it’s just there and you want to do it.”

Noah Carges, a sophomore mechanical engineering major, said he does remembers receiving some anti-tobacco resources from the university at the start of his freshman year, but has not received any material since and did not consider the education to be effective, as he began vaping at the start of college amid the boredom of pandemic life.

“I don’t really mind what’s in it, because I know it’s not particularly good for you, but I’m willing to take the risk of it,” Carges said. “It started off as boredom, but it kind of just grew into a habit.”

The university implemented a tobacco-free campus policy in 2014, which includes e-cigarettes and chewing tobacco. A strict enforcement of this policy, however, remains to be seen, as only 6% of students in the LSU survey said they had never seen vaping or tobacco use on the campus. Sylvester said she’d like to see the LSU administration enforce the policy more strictly.

“For whatever reason, they’ve absolutely refused to speak out about it,” she said. “There’s been no statement from a president ever, from a provost ever. We’ve had a couple statements come in from the student life vice president in 2014 and 2015, and that has been it.”