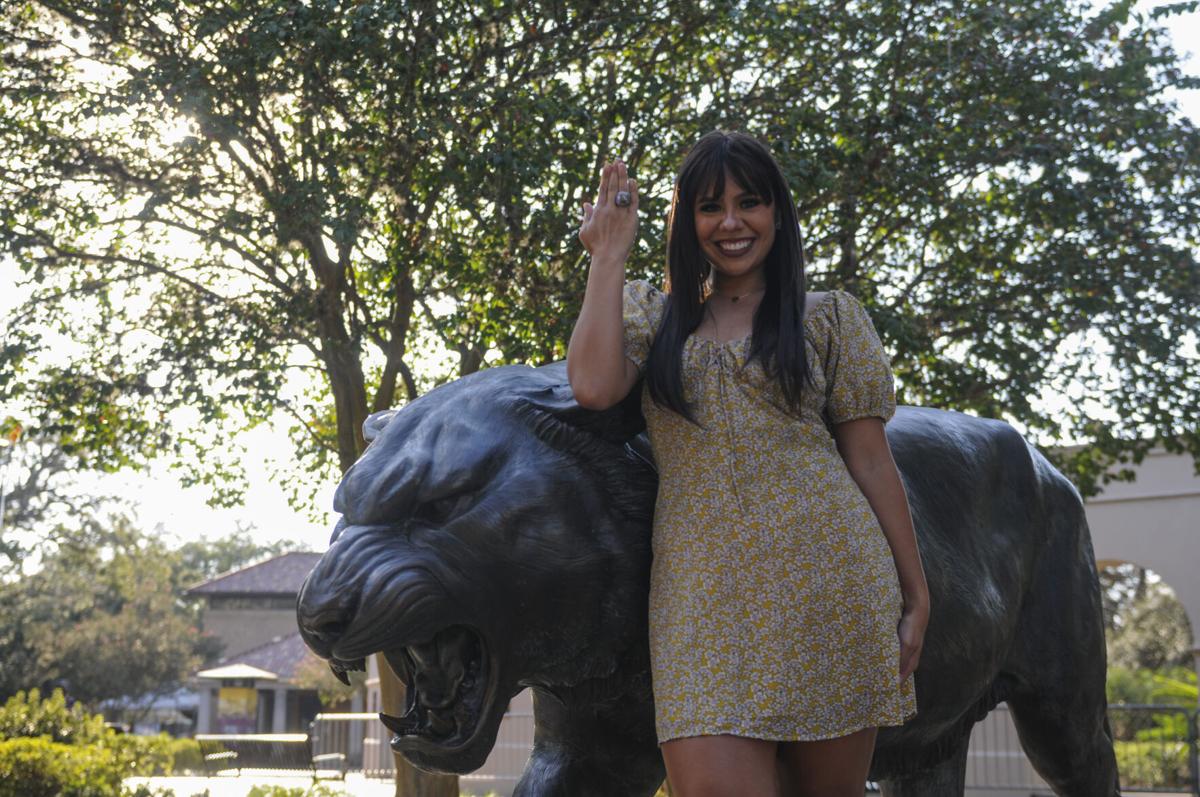 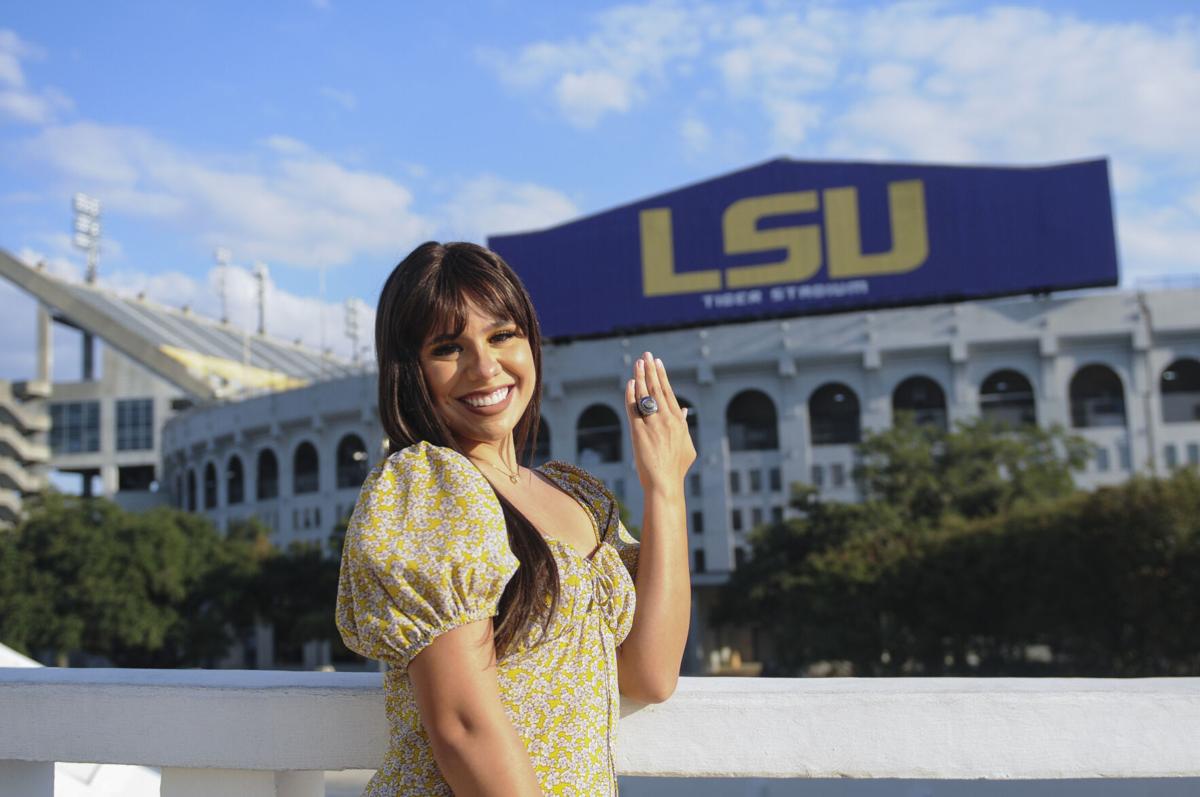 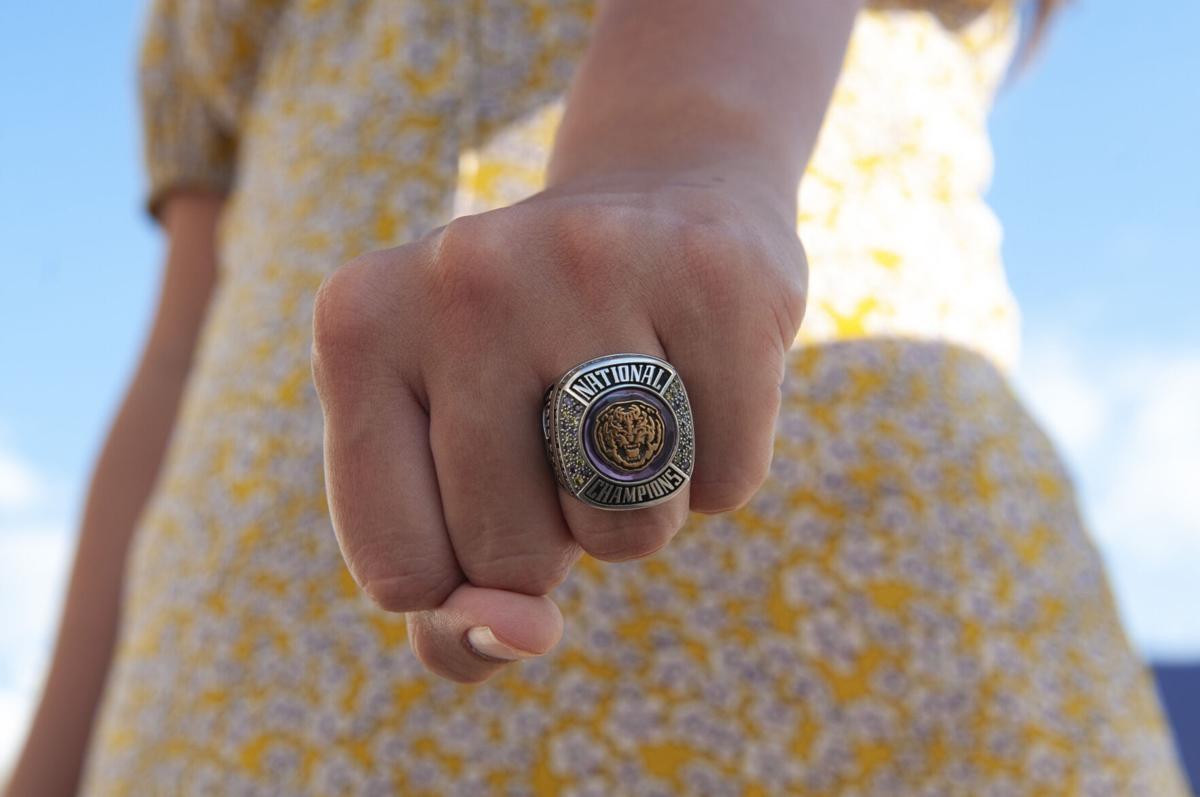 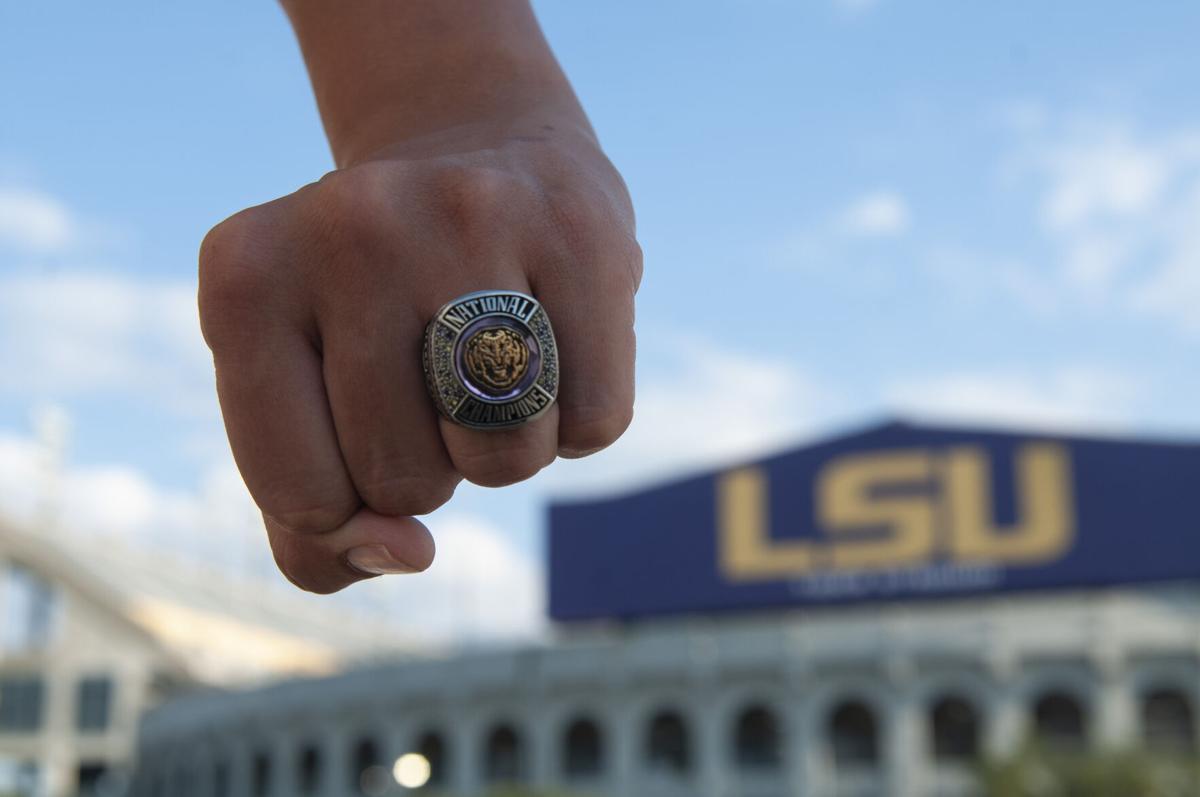 The Golden Band from Tigerland is essential to the LSU football game experience. From the band members to colorguard to the Golden Girls, they are always there to support the players and energize the crowd.

Even when not on Death Valley’s field, they still play a crucial role on the team and travel with them to every game, including the 2020 National Championship.

Music education senior and trombone section leader Cody Thurber had always dreamed about being a part of Tiger Band before he joined four years ago.

“Being in the Tiger Band was always a childhood dream of mine ever since first picking up an instrument,” Thurber said. “Making it into the Tiger Band and having the type of season we had last year was just kind of the fulfillment of that dream.”

All the band members were given the option to purchase a Tiger Band Championship ring, but it was not a requirement. The rings come in boxes that light up when they are opened and have the names of the band members.

On one side of the ring, there is the Tiger Band diamond logo and 2019. Also, on that side of the ring is the words "historic season." This represents that it was the first time a Black director was leading an SEC Marching Band, the first time two Black directors led a marching band in a national championship and the fact it was the highest-rated metrics for the band among season ticket holders.

Mass communication junior and colorguard member Schuyler Olsen often thinks about the season she shared with the Tiger Band. For her, being at the National championship and watching the Tigers win was a surreal moment.

“Once I saw the cannons go off with the confetti and it was just purple and gold and we saw all the players run that when I was just like, 'holy cow, we just did this, we are all here for it. Did this really just happen?" Olsen said. “When I turned around to look at the band director, I saw everyone in Tiger Band just hugging each other.”

The ring also serves as a representation of Tiger Band’s contributions toward the football team’s success.

“For every game, the team was at so was the band the students dedicated so much time, effort and energy in order to create that atmosphere that we did that was almost a symbiotic relationship between the team, the band and the fans,” Kelvin said.