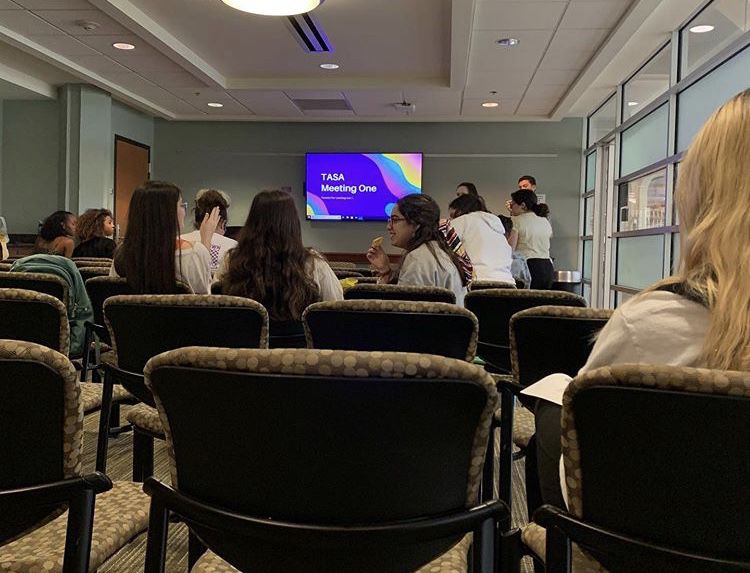 Members of Tigers Against Sexual Assault gather for their first meeting in the Student Union's International Room on Monday, March 9. 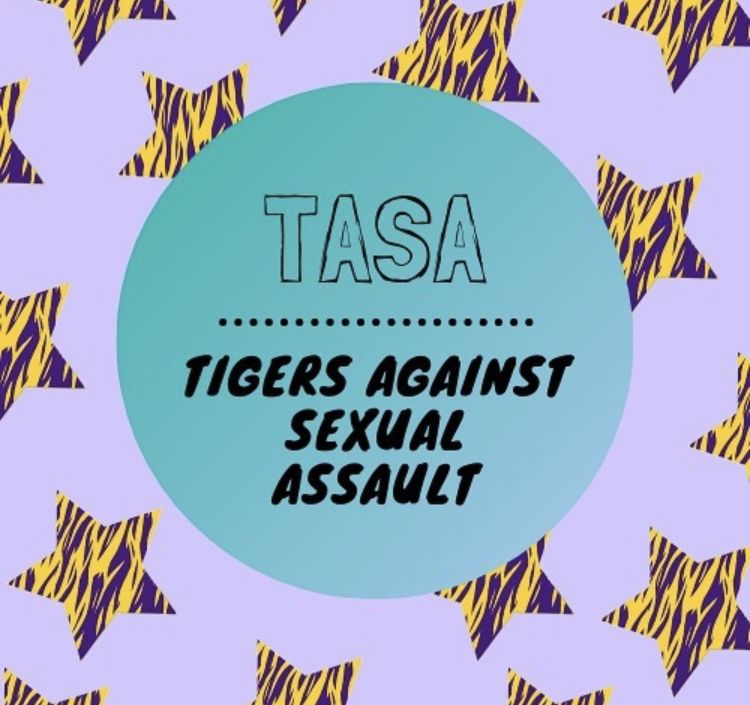 TASA advertises their first meeting on their Instagram, @tasa.lsu, on Feb. 12, 2020.

Members of Tigers Against Sexual Assault gather for their first meeting in the Student Union's International Room on Monday, March 9.

TASA advertises their first meeting on their Instagram, @tasa.lsu, on Feb. 12, 2020.

After working with CNN on a human sex trafficking news story in her hometown of Atlanta, mass communications junior Angel Upshaw realized the University needed an organization to promote sexual violence awareness.

Now, Upshaw is the co-president of Tigers Against Sexual Assault (TASA), a new club on campus advocating for the needs of survivors and leading survivors to professional help. The group is committed to ending sexual violence on campus, which Upshaw said is more prevalent at LSU than many other college campuses.

“This isn’t something that is a ‘your story’ type of situation--this is an ‘our story,’” Upshaw said. “If it happens to one person, it affects all of us deeper than we will ever know. We’re just trying to make sure we’re there for each other.”

Upshaw said TASA has no firm statistics about the number of sexual assault cases on campus, because many go unreported.

According to the Rape, Abuse and Incest National Network, 68% of sexual assaults are not reported to the police.

“I think LSU administrators are trying to do the best they can with implementing new safety regulations, but I just think that everyone can do better and can do more on their part,” Upshaw said.

Club members have the opportunity to join three committees: advocacy, education and recruitment.

TASA is partnered with a program at the Sexual Assault Center of Baton Rouge called STAR, which stands for Sexual Trauma Awareness & Response. STAR’s mission is to support survivors of sexual trauma, improve systems response and create social change to end sexual violence.

STAR has an advocacy team, legal team and counseling services within Baton Rouge, Alexandria and New Orleans. The program also offers a 24/7 hotline for emotional support.

Mass communication alumna Sarah Dai is STAR’s campus outreach coordinator and works with its prevention education team. She spoke at TASA’s first meeting about STAR’s resources and the partnership with TASA.

“We’re super excited to be partnering with TASA,” Dai said. “We’re giving them a lot of tools for training, giving them the knowledge to talk about this difficult subject with their peers, and we’re also just giving them guidance and community.”

Dai said STAR works closely with hospitals and police departments to make sure that survivors are not re-traumatized after their experiences.

“We help survivors of sexual violence in a comprehensive way,” Dai said. “So whether it be advocacy, legal or counseling, we do it all.”

Bareis said sexual violence is an umbrella term that encompasses many incidents including sexual assault, dating violence, voyeurism and sexual harassment. The Lighthouse Program provides services for survivors of any aspect of sexual violence.

“Sexual violence is about power and control, it is not about the act that happens,” Bareis said. “Our program aims to give the survivor or student at risk that power back.”

Lighthouse advocates are not mandated to report students’ names to law enforcement, and Bareis said this is a very important distinction of the program.

Bareis also highlighted ways club members should react when survivors of sexual assault come to them for support and help.

“It’s really important to accept what they’re telling you,” Bareis said. “They want to be heard, so just listening and providing those non-verbal cues that you’re listening is crucial.”

Geography sophomore Heidy Midence first heard about TASA through a table sit in Free Speech Alley. She was interested because she is a member of Tigers Against Trafficking and thought the two organizations could partner on some efforts.

“I’m really excited for the education of the public with sexual assault,” Midence said. “I feel like there’s a stigma around it, and some people don’t even understand it because it’s so taboo.”