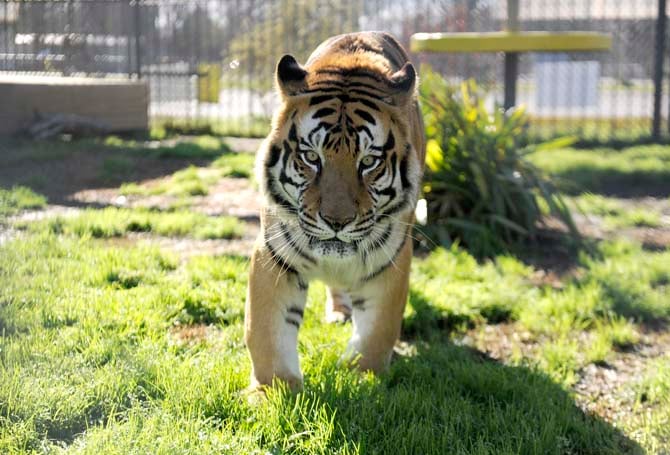 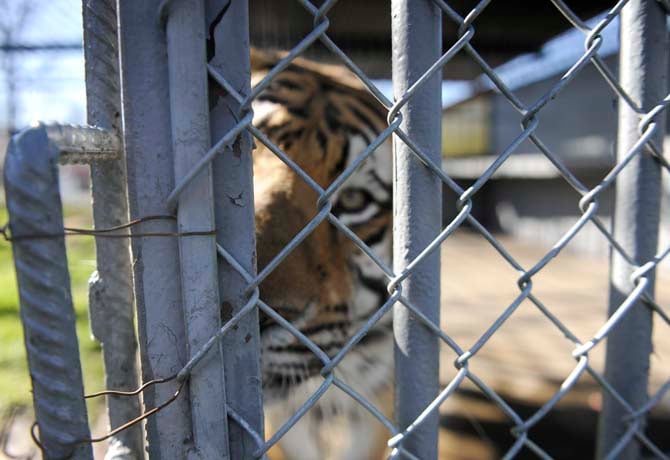 The phrase “free Tony the tiger” can mean two different things for the 13-year-old Siberian-Bengal living at the Tiger Truck Stop, only 25 minutes down the interstate from the University’s iconic Mike VI.

For animal rights activists, freeing Tony means moving the nearly 500-pound tiger to a new home, one where truckers and travelers aren’t looking through the bars of his enclosure.

However, for Tony’s caretaker and owner Michael Sandlin, freeing Tony means keeping him in Grosse Tete, La., where Sandlin has kept him since he was a cub.

Sandlin said typically when exotic animals like Tony are removed from their long-time homes, they do not live for longer than a few months to a year in their new habitats.

Like the University’s Mike, Tony lives alone in his enclosure and has a heated and air conditioned space to sleep, which was added because of complaints made by animal rights activists, said Darryl Taylor, one of Tony’s caretakers.

Taylor said Tony eats 20 pounds every day of specialized big cat food made from a blend of meat and vitamins, which is less food than the 25 pounds per day Mike eats, according to Mike the Tiger’s website.

“We get truck drivers that come through here saying that they remember when their own parents would bring them here to see the tigers,” Taylor said. “There are people who may never see a tiger if they didn’t come through.”

Sandlin said the truck stop has housed tigers in its fenced enclosure since 1988, when he bought Toby and Rainbow, a breeding pair that lived to be more than 20 years old and had a total of 13 cubs over the 19 years they lived at the truck stop.

“LSU is not a stranger to criticism about Mike,” Sandlin said. “The only thing that lightened their load is their habitat, which quieted the complaints against LSU.”

In 2006, Louisiana legislation regarding the exhibition of exotic animals changed, and Sandlin lost his permit to exhibit the large feline. While Tony was still legal under federal law, Sandlin needed an exemption for Tony issued from the Louisiana Department of Wildlife and Fisheries, one that he said the University received for the housing of Mike.

According to the Animal Legal Defense Fund’s website, Tony’s enclosure puts him at risk for adverse health effects because of truck stop fumes and his pacing of his habitat. The ALDF sued the Louisiana Department of Wildlife and Fisheries in 2010 for unlawfully issuing Sandlin a permit for his tiger.

Sandlin said Tony paces his habitat because he’s a male tiger, and if the state legislation would allow, he would have gotten a mating partner for him. Sandlin said the fact that his tigers produced healthy cubs in the past, which Sandlin sold or traded with other breeders, shows they were happy and healthy.

“My employees, on two occasions, have caught animal rights people using the flash on their cameras to try and upset him,” Sandlin said. He mentioned that those who oppose their possession of Tony say he looks sad.

According to ALDF’s website, the case for Tony’s freedom, in one meaning or the other, remains up in the air.