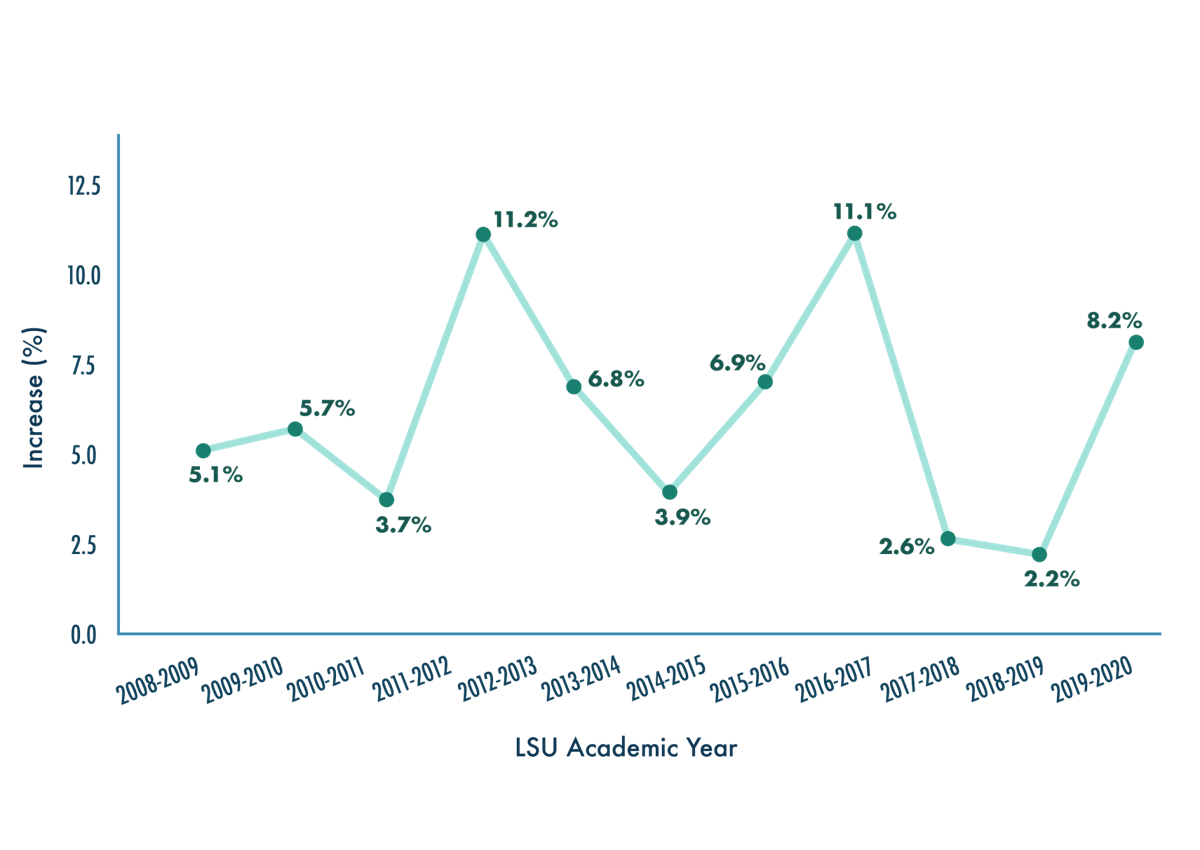 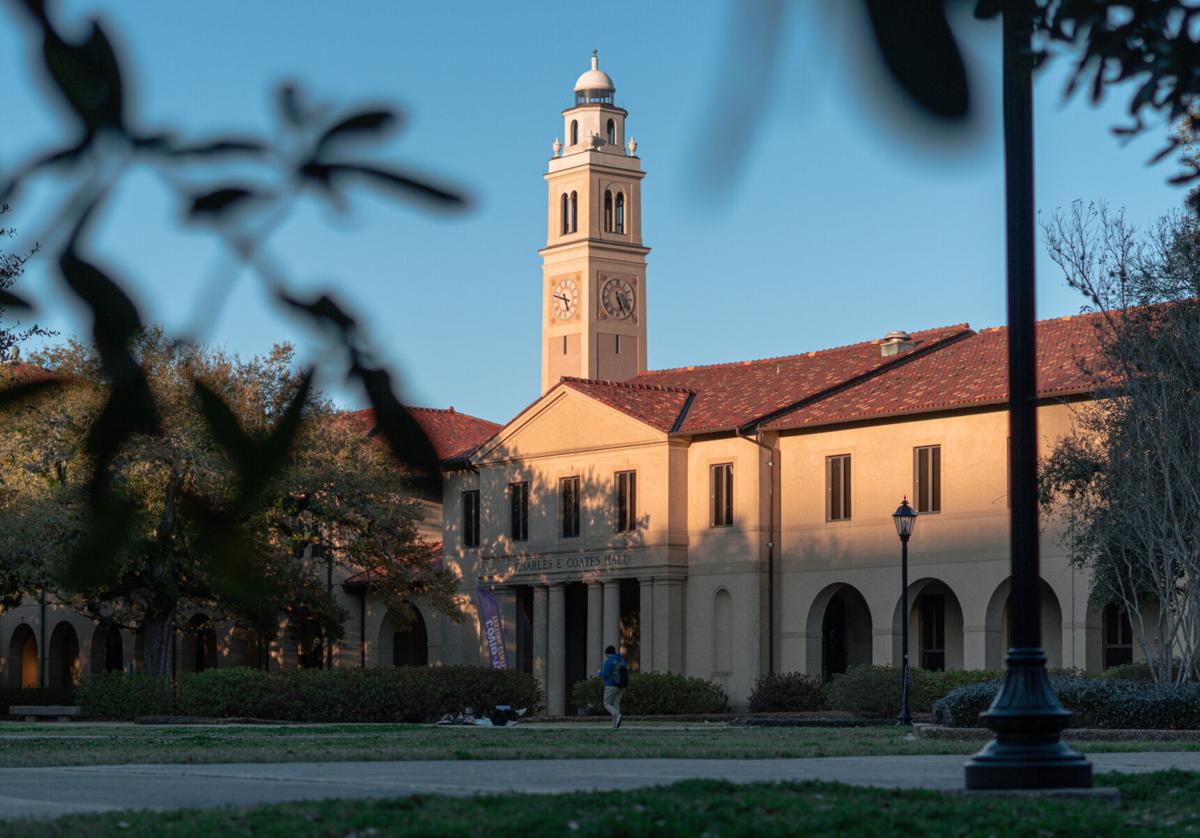 College students in the U.S. pay more in tuition every year, especially students in Louisiana.

Tuition and fees at LSU increased 155% over the same period, according to data provided by LSU’s Office of Budget and Planning.

The increases in tuition coincide with decreases in state funding for higher education following the Great Recession. Louisiana’s state-spending per student dropped 37.7%, the second largest decrease of any state. Louisiana spends $4,340 less per student than it did in 2008.

Universities in Louisiana must get a two-thirds vote in the state legislature to approve increases in tuition.

Public universities cannot unilaterally raise tuition. Instead, institutions make up for decreases in state funding through other means, such as increasing student fees, which requires board-level approval.

“We really don’t have a public education system in Louisiana anymore because the majority of the operating budgets at universities are using tuition and fees,” Lewis said.

The shift in revenue streams for Louisiana universities has forced universities to focus on increasing enrollment.

Louisiana’s constitution includes statutory dedication funds — areas of the state’s operating budget that have to receive a certain level of funding. These areas are protected to some extent from budget cuts.

“The two places in the constitution that are not protected from budgetary cuts are higher education and healthcare,” Lewis said. “When you find yourself in the Great Recession that you did in 2009 and you find yourselves in a budget shortfall, the only place you can really make some significant cuts to budgets is in higher education.”

don’t want to invest in higher education. We would rather cut LSU year after year and not talk about that. Then, LSU begs for crumbs at the legislature.”

Mass Communication Professor Robert Mann said he knows of many students whose money from working part-time jobs goes to paying for their tuition, fees and books.

“I know students who are having to work to put themselves through college,” Mann said. “I think there are more of those students than we imagine and there are certainly more of them today than there were 15 years ago because it’s just more expensive.”

Another aspect of the decrease in state funding is that faculty and staff haven’t gotten raises in years, and jobs go unfilled.

“The cost of not being able to invest directly into institutions means we don’t give professors raises,” Lewis said, “which then turns into a brain drought where we’re going to lose the best researchers and talented professors because we can’t afford to invest in them.”

Chance of a shower or two during the evening, followed by partly cloudy skies late. Low 52F. Winds N at 5 to 10 mph. Chance of rain 30%.

A few clouds from time to time. Low 51F. Winds light and variable.