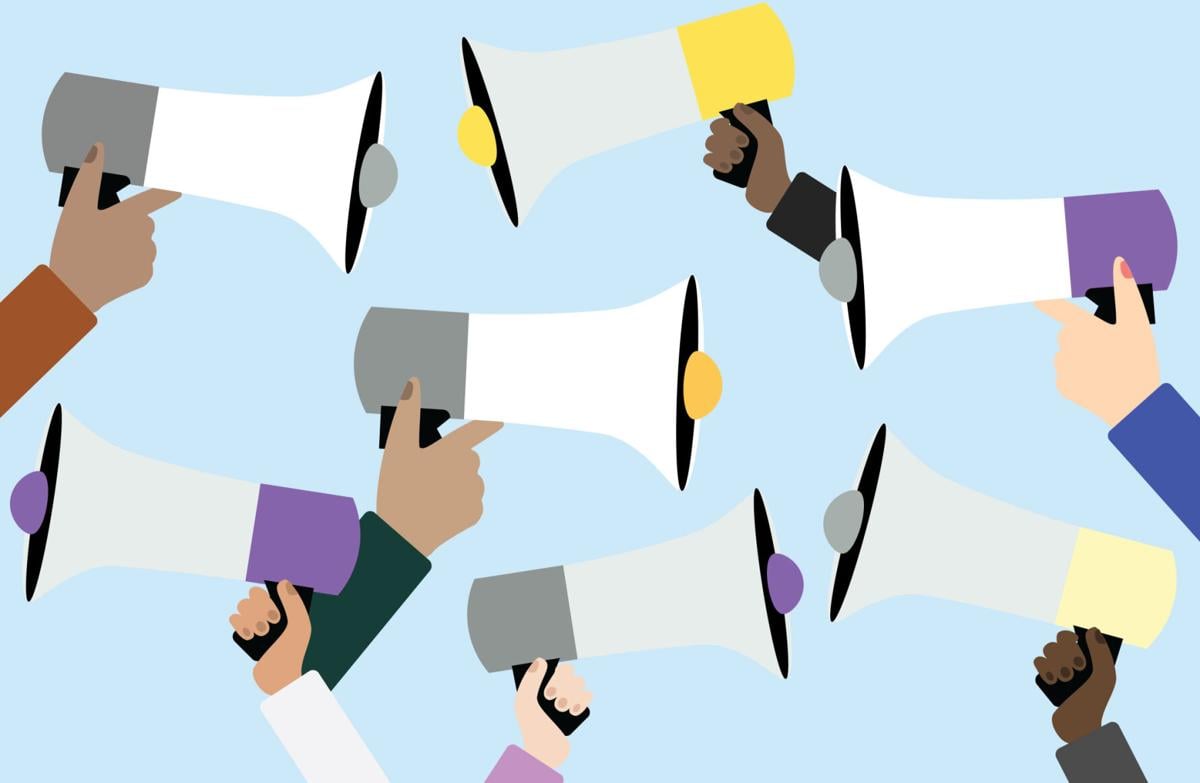 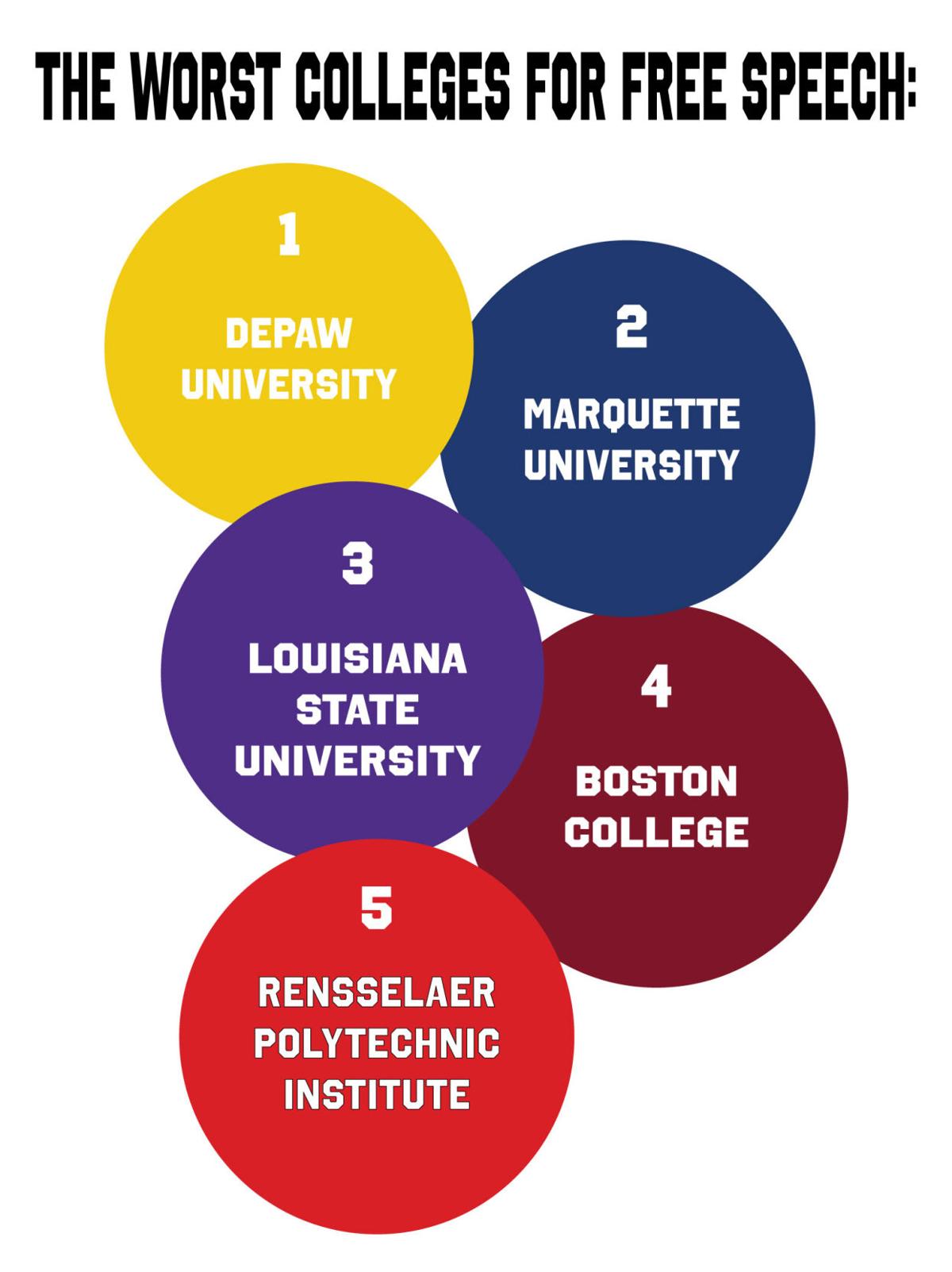 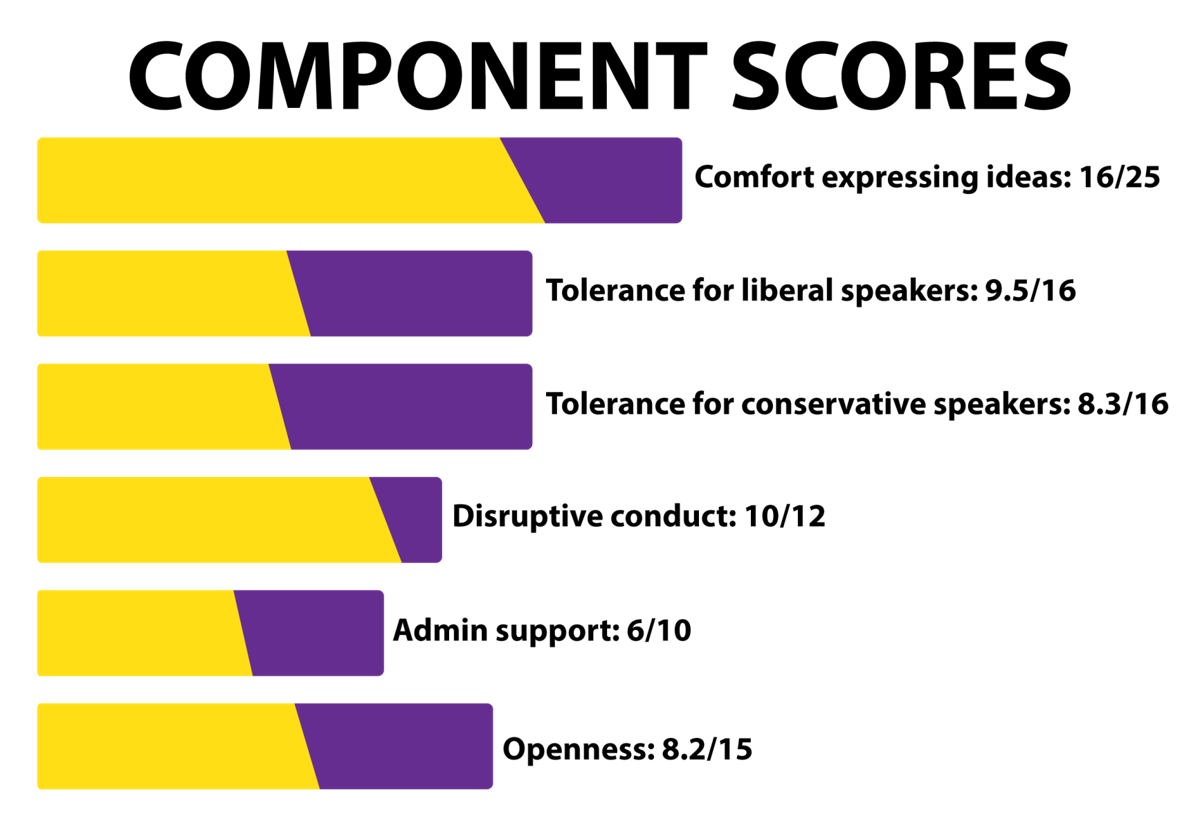 LSU was ranked one of the worst U.S. colleges for free speech in the Foundation for Individual Rights in Education’s 2021 college free speech rankings released Sept. 21. LSU placed 152 out of 154 universities.

Researchers asked students from each university 23 questions to gauge their comfort in speaking their mind to professors and other students, their tolerance of political speakers on campus and if the university’s administration upholds free speech among the student body.

Among the report’s findings:

“I endorse free speech as well as rebuttal,” LSU President William Tate IV said in a written statement. “Our strength as an intellectual body rests in our ability to debate with passion, while supporting the rights of others to share opposing views. We must maintain a community of students, faculty and staff where contested ideas are discussed in a principled fashion without suppression.

“Open, vigorous and civil debate of ideas is the hallmark of academic life.”

Other than FIRE’s review of universities’ written policies, the six components were all scored by student responses and totaled to give each college a score out of 100. LSU scored a 52 overall.

FIRE gave LSU’s speech code, the written policies regarding free speech and expression on campus, a “code red,” though it’s unclear which policies specifically warrant such a poor rating.

Tulane was the only other Louisiana university in the rankings, also receiving a low score of 53, ranking 148th.

This ranking isn’t anything out of the norm though — free speech surveys for colleges from FIRE and other organizations last year gave LSU a ranking of 53 out of 55.

Out of 55 schools, LSU ranked 53rd for acceptance of free speech in a survey by RealClearEdu…

Political science senior Nate Wiggins said the results of the FIRE study were “very disappointing but not very shocking.”

“I know several of my friends who are very concerned with expressing anything because of these types of things,” Wiggins said. “I’ve never personally seen [people face repercussions for sharing their beliefs] before but people at least think that it's possible. And that’s something that’s really concerning.”

As the director of programming at BridgeLSU, an organization designed to promote civil discourse on campus, Wiggins said that he feels the university and administration can do a better job making all of campus as open to free expression as Free Speech Alley, but he feels that, for the most part, “people can express themselves on campus.”

“It just depends on what people are saying,” he said.

In her short time on campus, general art freshman Madeline Barr found that the study’s results don’t accurately reflect her experience with the larger LSU community. Her experience in courses like HNRS 2000 are free-speech positive, providing a safe space where she feels comfortable to debate her peers.

“I find that a lot of people here are really accepting of different viewpoints all across the spectrum and you’re not necessarily going to get any hate for anything you believe, especially in areas like Free Speech Alley,” Barr said.

Wiggins agrees with the FIRE data when it comes to the university’s openness to facilitate free speech. He feels that the administration “has done a pretty good job at protecting free speech on campus.”

“I think they should continue to do so in the face of pressure, but I can certainly understand why they may be wary of protecting freedom of speech when it could have serious implications for their tangible, monetary position,” Wiggins said.

“This is a useful tool in some ways but it should only be used in concert with other, more objective metrics,” Mann said.

Mann also noted that the difference in the top ranked school, Claremont McKenna College, was only 20 points removed from LSU’s 152nd ranking. He said that because there were so many similar statistics, the study really doesn’t show much.

Mann said he wished the study was a better contextual representation of LSU’s student body, with demographic data showing what students who expressed their opinion in the study were studying.

FIRE is a non-profit group founded in 1999 devoted to protecting free speech and expression rights on college campuses. The organization has sparred with a number of universities over free speech controversies and campus policies.

Cope feels statistics like the 58% of students uncomfortable with disagreeing with their professors make it clear that the university is not creating a culture where controversy and disagreement is encouraged.

“Somehow or another, the university has communicated to students that controversy, disagreement, dissent and deviation from the status is not a safe or a good thing,” Cope said. “That is a recipe for obedience rather than an intelligent and educated citizenry.”

Cope said he always encourages students to speak their minds and wants them to actively participate in open debates. He said the university really doesn’t have something like that right now.

“Most universities the size of LSU have public speaker series where speakers of all sorts come to give presentations and the public comes and asks questions. We have virtually none of that at LSU,” Cope said. “The few times we have had a controversial speaker it has prompted adverse reactions on the part of the university to discourage anything along those lines."