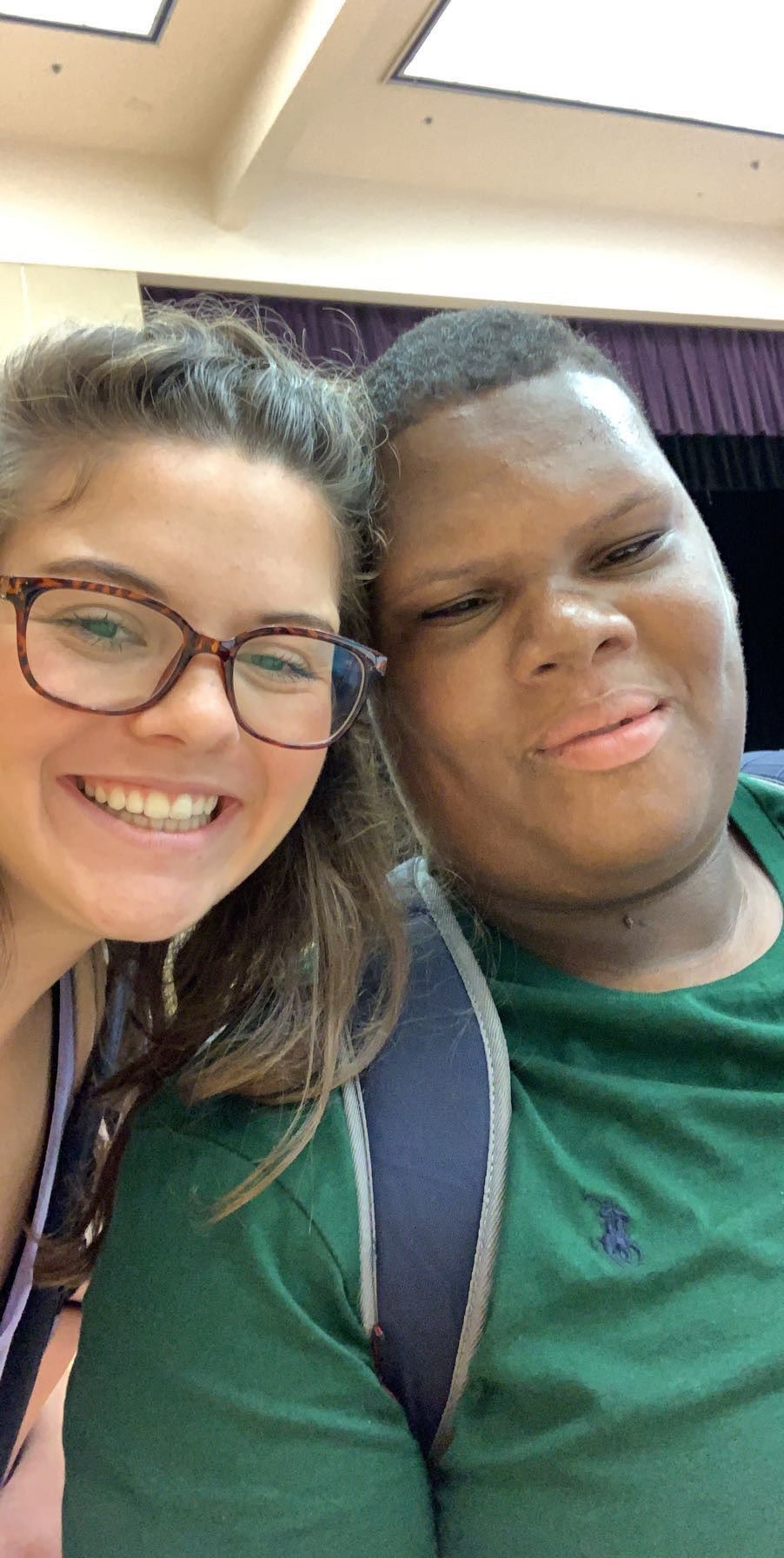 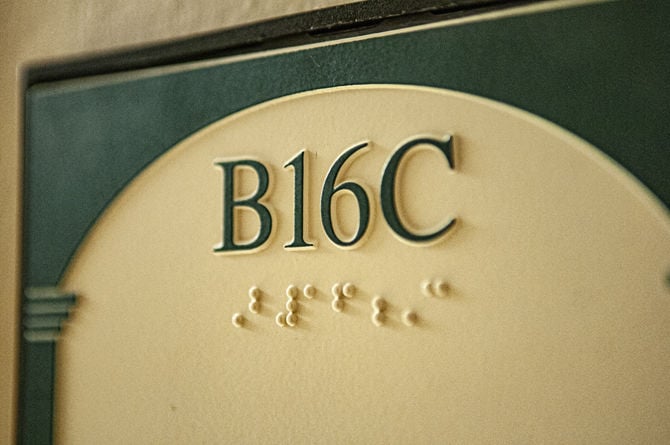 Business administration freshman Ryan Barnes is an average student at the University. He goes to class, works out at the UREC, has lunch in the Student Union and met all the same admissions requirements as everyone else in the freshman class. But the University is telling him and his family that he should consider transferring.

Barnes is visually impaired and needs assistance to navigate campus. He is typically helped around three to four times a day by the Delta Gamma sorority. Sorority members walk him to his classes, drive him to the gym, accompany him to the grocery store and make sure he has the notes he needs, among other things.

Barnes’s mother, Felicia Jackson, described the DG women as a “blessing,” but said she had multiple frustrating encounters dealing with LSU Disability Services.

“I talked to a few people in the disability office, and their response to me was that if my son couldn’t find his own help, LSU was not the place for him,” Jackson said. “At that point, I had to turn to the DG girls.”

Letting her son come to the University this year was not an easy transition for Jackson.

“I cried a whole two weeks,” Jackson said. “I got lost on campus moving him in. So how is it going to be for him? I just kept thinking, ‘my baby’s going to be lost.’”

Jackson sought accommodations for her son, such as having someone walk him to his classes and having all of his classes in the same building. She was told Disability Services is not equipped to have a staff member escort students to their classes, and she never received a response regarding his class location.

“I told them, if he could get some kind of help, he’s a quick learner,” Jackson said. “As soon as he gets shown around, he would have it.”

Additionally, Jackson said Director of Disability Services Benjamin Cornwell is paraplegic and compared his situation to her son’s by saying he could get around campus without help.

Jackson argued the campus is more accessible for people who have difficulty walking than people who are visually impaired, since the campus has ramps and those in wheelchairs can see where they are going.

“If they have a disability, I’m not saying treat them differently, but [they should] have some type of sensitivity dealing with them,” Jackson said.

For the members of Delta Gamma sorority, their philanthropy is more than just about service hours; it’s about personal relationships.

History junior and DG’s Service Director Savannah Weisensee said the members have group messages with the visually impaired students they help, and they try to make the drives as entertaining as possible.

Members of DG said they have had several powerful moments with the students they assist.

Elementary education junior and DG Service Chair Sydney Barreca remembered a time when a student they were helping was amazed at the sight of a rainbow. The student said she hadn’t seen a rainbow in 15 years, but that day it was bright enough to see from the car window.

“Everyone can make a personal connection,” Barreca said. “Some of these girls have done dozens of hours and it’s not even midterms yet. It’s amazing to see how much they care.”

Weisensee loves her sorority’s philanthropy, but is concerned they will not be able to help everyone who comes to them, even with the program constantly growing over the past two years. At the beginning of her freshman year, they regularly assisted two students. Now, they do over 50 drives per week.

“If it weren’t for DG, these students wouldn’t be able to go to their classes,” Weisnesse said. “Eventually, we won’t be able to help everyone.”

Barreca agreed Disability Services should be doing more rather than relying solely on other students.

“It’s the fact that Disability Services says, ‘we can’t help you, but there’s a sorority on campus that can,’” Barreca said. “We’re thankful we can help these students, but we can only do so much.”

Barreca brought up one incident where she was trying to help a visually impaired student learn how to get to Lockett B9 from Lockett B3. When she asked Disability Services if a staff member could show him the route to his class for the first few days, she said Disability Services refused.

“They couldn’t even walk him down a few doors,” Barreca said. “We were more than willing to do it, and he learned pretty quickly. We’re happy to take this upon ourselves, but whether we should is another question.”

Weisensee said her encounters with Disability Services staff members has always been positive, and lack of funding is a large part of the issue. Still, she wishes they could do more.

“LSU does what they have to do relative to what they’re required to do,” Weisensee said. “It brings up the question, are you only helping because you’re required by the law or do you actually want to help?”

DG and Jackson’s difficulties working with Disability Services come in the wake of a political communications class that conducted a study last spring uncovering limitations for the visually impaired on campus.

The research team discovered classrooms, room directories and bathrooms without proper Braille signage in Lockett Hall. Additionally, one visually impaired student reported he accidentally went into the women’s restroom because the restroom was incorrectly labeled as the men’s restroom.

Some specific accommodations that are offered by Disability Services include large print text, note-takers, extended time on exams, access to take exams in the Office of Disability Services, readers, scribes, e-text audible software, relocating classes and consideration for tardiness.

After the study uncovered the mislabeled Braille signs, former Student Body Vice President and Delta Gamma alumna Rachel Campbell launched an initiative to install corrected Braille plates. Campbell discovered the cost would be steep, upwards of $60,000, but she felt the project was important enough to warrant the expense.

“Even basic accommodations are lacking,” Campbell said. “One student even said he once had to FaceTime a friend to help him find the right classroom number. That was really frustrating for me, and I think it also made me realize how much I take simple things like getting to class for granted.”

Campbell said it’s important to ensure the University is in compliance with the Americans with Disabilities Act standards and intentions, which are to provide equitable access to academics and campus resources regardless of one’s disability.

When she left the vice president position in spring, Campbell passed the information along to the current SG leaders, who she believes are working to get the price down to something more manageable.

Weisensee said people who think visually impaired students need to go to another school should reflect on how difficult their own lives would be without sight.

“How did you get to campus today?” Weisensee said. “Did you drive, did you walk? What was it like doing your homework? What was it like going to the Union and waiting in line for thirty minutes? Realize how important your sight is on a daily basis.”

Both Weisensee and Barreca expressed disappointment in the treatment of disabled students on campus.

“Do they really want the students here, or do they do the bare minimum so they’re technically able to be here but it’s extremely hard to succeed?” Weisensee said.

Despite some difficulties, Jackson is not ready to give up on the University for her son.

“I’m not done with the University, but I’m disappointed,” Jackson said. “I felt like a school of this magnitude would be able to help. Instead, we were told we were asking for too much.”

The Reveille reached out to LSU Disability Services, but they have not provided any comment.

A few clouds from time to time. Low around 50F. Winds light and variable.