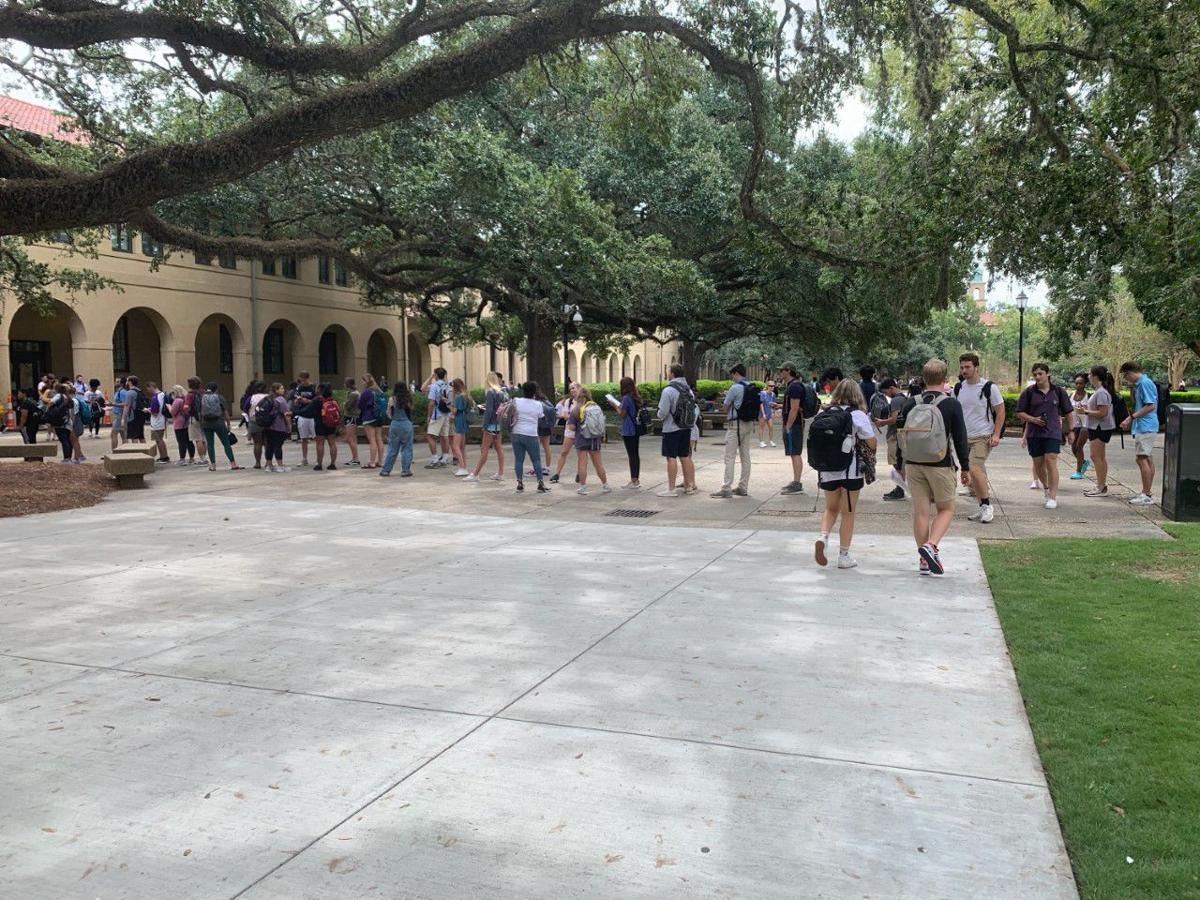 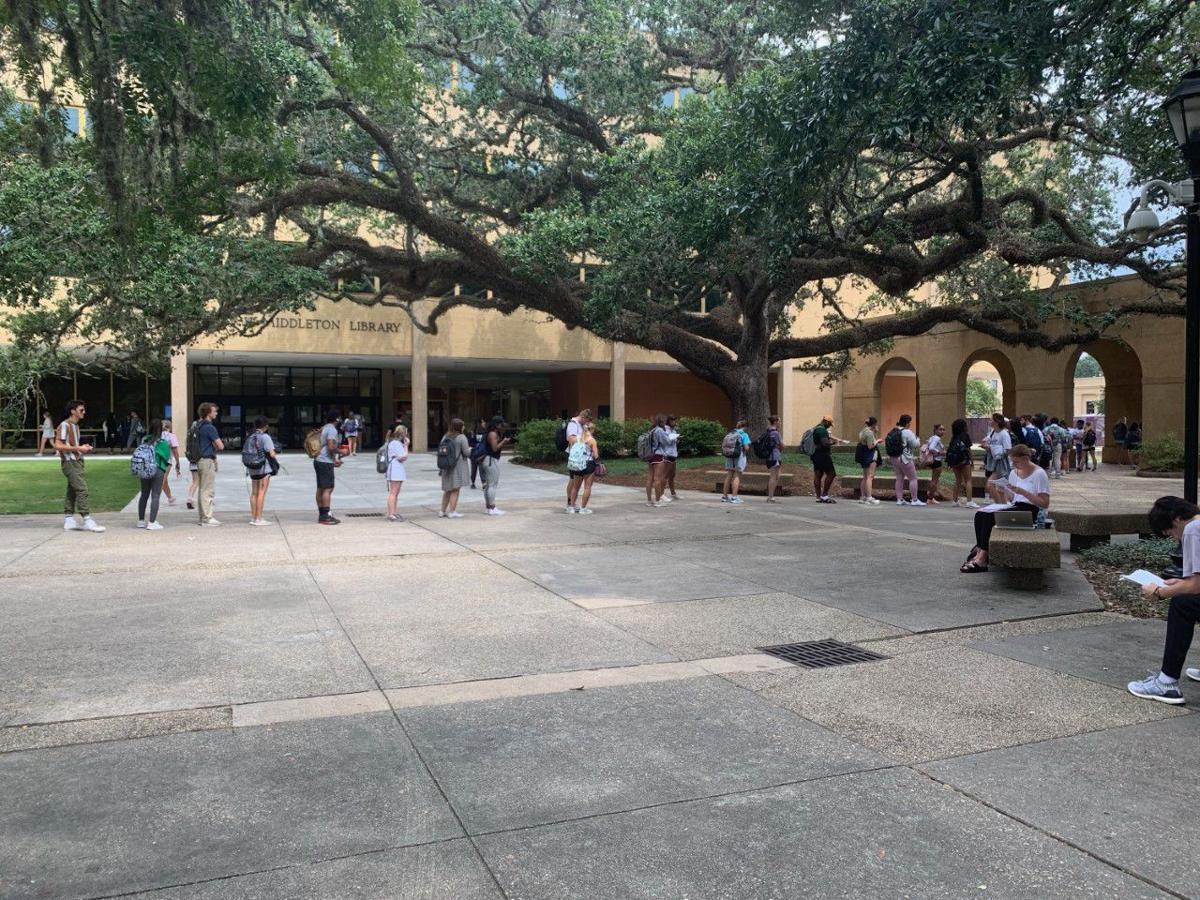 If you walked through the Quad on Thursday, there’s no doubt you saw an extremely long line. Unfortunately, it wasn’t for free tuition or to meet Coach Orgeron, but for entering the LSU Testing Center in Himes Hall.

As many students arrived to take their scheduled tests on Thursday, they were met with long, Black Friday-like lines which stretched across the main Quad area. Some students were forced to wait over an hour, leaving many confused and frustrated.

Construction management junior Katie Viccellio was surprised by the amount of people trying to take tests at one time.

“I started in this line at Allen [Hall] and I’ve been standing here for about 20 minutes,” Viccellio said. “I think it’s just a ton of people are here taking tests.”

Theatre sophomore Camille Lanata showed up to the testing center early without knowing about the line, but said she was glad she did.

The line initiallly resulted because of a large number of students scheduled tests on the same day. There were originally 3,500 students scheduled to test on Thursday, with the testing center checking in around 330 people an hour. This is significantly more than usual, according to David O’Brien, director of Testing and Evaluation Services at the Center for Academic Success.

“The only time we ever see numbers quite that high are during finals,” O’Brien said.

The line continued to grow throughout the day and got progressively worse.

The testing center addressed the situation on Twitter, saying a fire alarm went off in Himes Hall, which caused testing to be halted until the building was deemed safe.

The fire alarm went off at approximately 3:56 p.m., due to a minor issue in the error handling room on the third floor, O’Brien said. This caused about an hour delay in testing times.

There was already a line formed outside of the testing center before the alarm sounded. O’Brien said that the alarm furthered the issue.

Although the situation appeared to be out of hand following the alarm, O’Brien said the testing center did a good job of continuously flowing the line and meeting everyone’s appointment times by working as quickly as possible.

“There was a long line, but in spite of the appearance, we were checking people in at or very near their scheduled times,” O’Brien said.

Graphic design sophomore Kailynn Guidry, who had a test scheduled after the alarm, said she stood toward the end of the line for an hour before it even moved at all and was clueless as to what was happening.

“I stood in the line from about 4:20 p.m. to 5:20 p.m. towards the back [of the line] in front of Middleton before it moved at all,” Guidry said. “The whole time I was in line, I never heard anything about what was actually going on.”

The testing center’s online scheduling restriction, which allows students to only schedule tests on the current day once the testing window is open at midnight, was also lifted to give students the opportunity to reschedule their tests to Friday or Monday.

Friday had also been a busy day, with almost 2,300 people scheduled to test in the lab, but the line flowed much smoother than it did on Thursday, O’Brien said.

O’Brien said that lines as long as those seen on Thursday have happened on a few rare occasions, but the testing center works extremely hard to avoid it.

To prevent this from happening again, the testing center plans to work with faculty members to create a more spaced out plan for future testing windows.

Himes Testing Center turned away students waiting to check in and begin taking tests on Monday morning due to a technical difficulty.