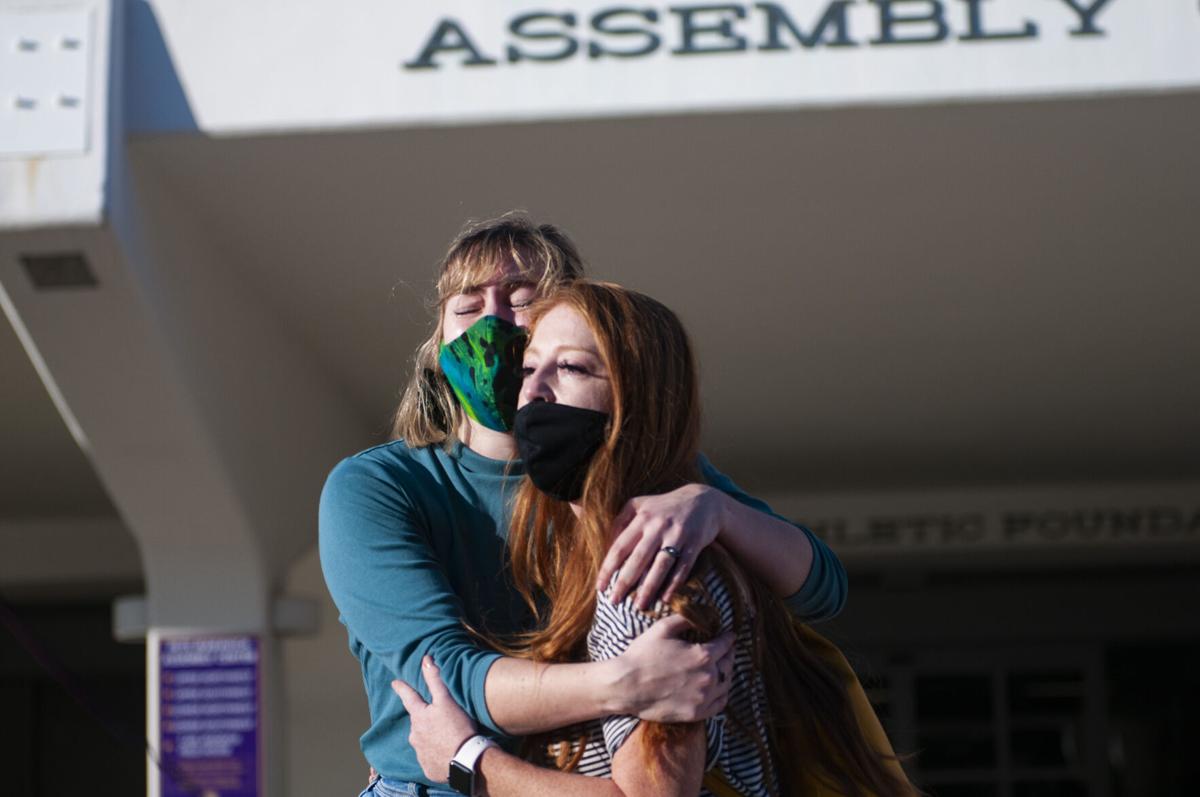 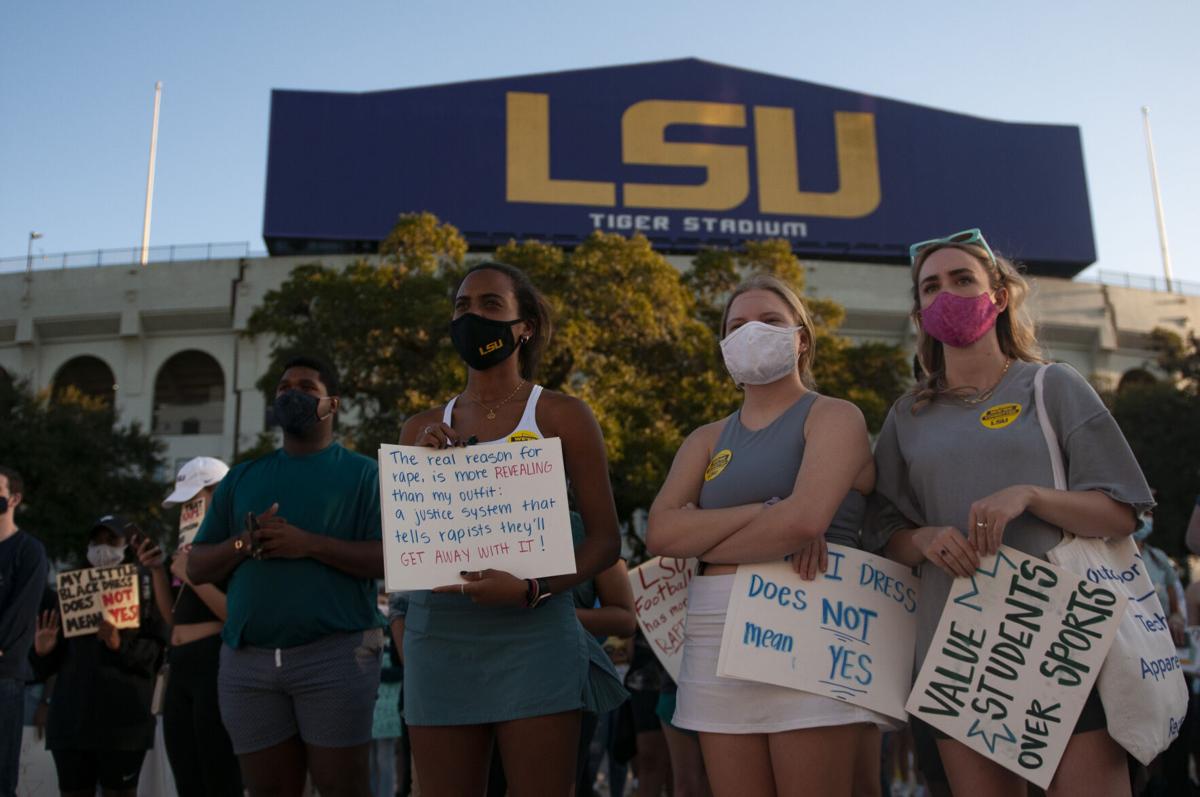 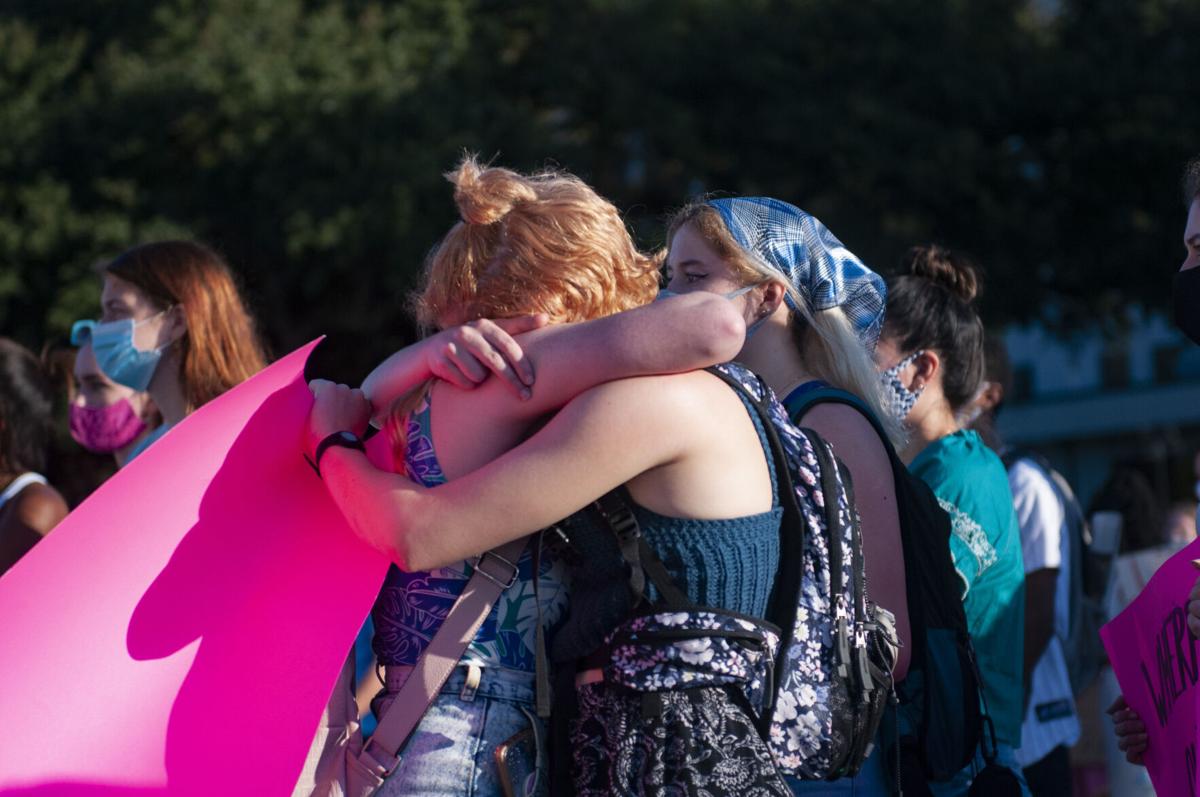 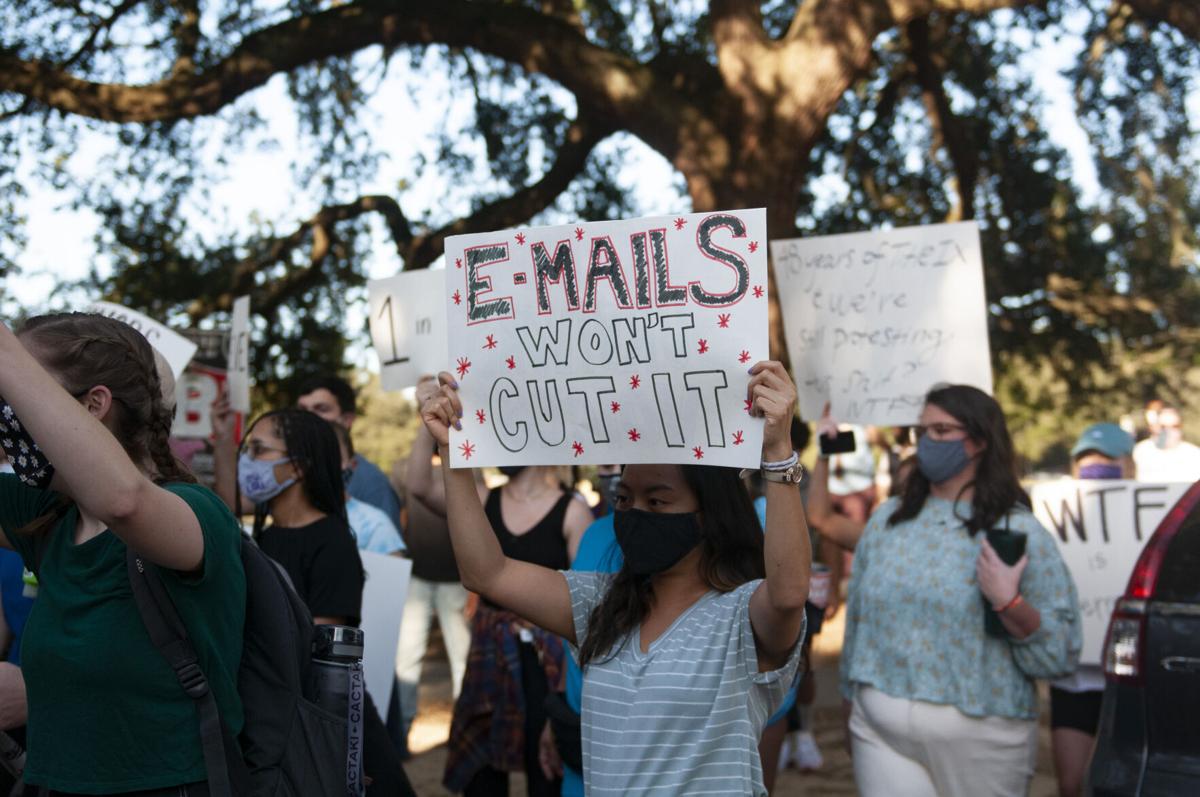 As the sun set in the western sky behind Tiger Stadium Friday night, its orange rays illuminated a crowd of over 200 LSU students, alumni, faculty, administration and advocates wearing teal to rally against the University’s mishandling of sexual misconduct allegations.

A USA Today investigation published Nov. 16 found members of the University’s administration and athletic department ignored complaints against top athletes and other students, denied victims’ requests for protection and subjected victims to further harm at the hands of their abusers.

Only a few hours after the article was released, student leaders organized a protest demanding the University take responsibility for its negligence and calling for the resignation of employees who did not properly investigate claims.

During the march from the Parade Ground to the Pete Maravich Assembly Center, protesters raised signs and shouted chants like “No means no,” “We deserve a rape-free campus,” “Stop victim-blaming” and “LSU, take action.”

Student leaders from organizations like Tigers Against Sexual Assault, Student Government, LSU’s Black Caucus and the Black Women’s Empowerment Initiative spoke first at the protest, expressing deep anger and disappointment in the University and offering support to sexual assault survivors of any gender.

“As a survivor, I want to let every other survivor know that you are not ruined,” Upshaw said. “You are not damaged goods. You matter, and we love you.”

Alaysia Johnson, chairwoman of BWEI at LSU, said the student body is fed up with abusers being enabled by the University’s lack of investigation into complaints. She said the protest is just one step toward shifting the campus culture around sexual assault.

“This is not a moment. This is a movement,” Johnson said. “We’re here in front of Tiger Stadium to say ‘We are tired,’ and when we get a new president, when we get a new football team, we still won’t be done.”

Samantha Brennan and Elizabeth Andries, two survivors mentioned in the USA Today article, met each other for the first time on the day of the protest. They said they felt an immediate bond, like they’ve known each other forever, after fighting side by side against systemic suppression of victims like themselves.

The protestors erupted in applause and roared cries of support when Brennan and Andries identified themselves as two of the women from the now widely-known article. Brennan said she flew in from California when she found out the protest was going to take place.

“This has been really empowering,” Brennan said. “I mean, the empowerment is unreal. We could not do this without you, so just keep moving forward, and demand change.”

More than a dozen protestors spoke about their experiences, and several survivors cameforward for the first time to share their stories.

One LSU student who is going through the Title IX process said the University brought her attacker in for an interview a month after she reported her assault. She said she was legally advised to remain anonymous.

“[The process] is not up to the standard that it needs to be,” she said. “They have not been up to the task of investigating my case. I’m currently being stalked by my molester and they refuse to take action against him.”

One student named Katie, a survivor who works with LSU athletes on a daily basis, said the Athletic Department emailed employees another sexual assault training in lieu of the USA Today report.

“This week, every time I clock into work, I feel unsafe in my surroundings — more than I did before,” she said. “It’s not enough that we were emailed a second sexual assault training — as if it’s on us, as if it’s our responsibility, as if it’s my behavior that needs to change.”

She said she feels burdened with the responsibility to ward off attackers by changing her own behavior, citing the fact that her boss encourages her to deny athletes’ offers to walk her to her car after work and tells her to carry her taser in hand instead.

Cox said his administration has been moved to action in light of the USA Today investigation. He said the newly-elected SG Senate Speaker Marina Cole is working to form a committee dedicated to supporting survivors through communicating with administration.

“As students, we have to make sure that we hold them accountable and present them with ideas as well,” Cox said. “We also need to hold our friends and classmates accountable.”

Senators introduced two new pieces of legislation on Nov. 18 that would increase sexual assault training after Cox vetoed the original bill. Cox said he has no plans to veto the new bills, and he plans to sign both bills as soon as they make it onto his desk.

As SG president, Cox has a seat on the LSU Board of Supervisors. He said he will have no problems demanding the resignation of any University officials found guilty of negligence through an independent investigation the University has requested.

“If any administrators mishandled a situation, misrepresented the truth or didn’t do their jobs, I absolutely will call for their resignation,” Cox said. “If we have systems in place to protect survivors of sexual assault, and people are actively going around those systems to protect athletes and win games, that is disgusting. They need to resign or be fired.”

Johnson, who recently resigned from her position as SG director of diversity, said she felt like her advocacy efforts and the efforts of other concerned student leaders fell on deaf ears early in the semester.

“Before this article came out, BWEI spoke with administration about rape culture on campus, and we gave them several ideas to shift the culture on campus. They didn’t take any of our advice, so now we’re here,” Johnson said. “The rape culture that has been persistent and allowed to thrive on campus has caused our anger to boil over.”

Former SG senator and coastal environmental science and political science senior Jack Green said the air at the protest was one of community and of unwavering support for survivors of abuse.

“This is the community that survivors have needed this entire time,” Green said. “After a week of people being indoors just tweeting about this issue, I think this opportunity to speak out is a catharsis we have been needing.”

Local organizations including the Lighthouse Program and the Louisiana Foundation Against Sexual Assault were stationed at tables in front of the PMAC handing out resources for survivors and advocates. Reporters from USA Today, local news stations and publications were in attendance speaking to students and advocates.

Partly cloudy skies in the morning will give way to cloudy skies during the afternoon. High 77F. Winds S at 5 to 10 mph.

Partly cloudy skies during the evening will give way to cloudy skies overnight. Low 62F. Winds SSE at 5 to 10 mph.

Cloudy during the evening. A few showers developing late. Low around 55F. Winds NE at 5 to 10 mph. Chance of rain 30%.