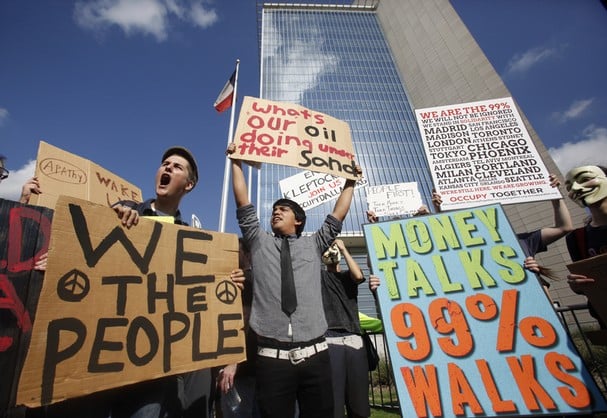 Protestors chant and holds signs on Oct. 6 outside the Federal Reserve Bank of Dallas building in downtown Dallas. Protestors across the state marched against the current state of the economy and corporate influence on the government. 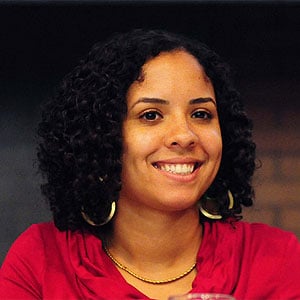 Protestors chant and holds signs on Oct. 6 outside the Federal Reserve Bank of Dallas building in downtown Dallas. Protestors across the state marched against the current state of the economy and corporate influence on the government.

Peta Lindsay’s presidential campaign for the Party for Socialism and Liberation is much like the history of socialism: Good intentions just aren’t a worthy substitute for good ideas.

As the chief argument against socialism always follows the same pattern — it hasn’t worked consistently in the past, so why should it work now — so the same shortcomings apply to Lindsay’s mother-of-all-dark-horses presidential campaign.

She’s neither white nor male nor Republican nor Democrat. And she’s 28 years old, seven years short of the minimum age to be elected president. Logistics haven’t stopped the socialist cause in the past, and there’s no reason to suspect they will now.

“They say anyone can run for president — until you try to do it,” Lindsay said. The PSL’s candidate passed through Louisiana in the closing days of October, hitting a number of cities and attending open-houses and classroom presentations. But this campaign resembles no other.

As a reporter seeking an interview, the concept of being asked by a political campaign when and where would be best for me to meet is as utopian as the socialist platform itself.

Yet despite being a capitalist above any other political affiliations, hearing Lindsay’s calls for ending the oppression and inequality that plague our political system were as charming as such cries have always sounded.

“When the banks said they needed money, the government came up with $700 billion. But when it comes to bailing out the people…” Lindsay left the sentence hanging. “The banks win, the corporations win, and the people lose.”

And like most socialist sympathizers before her, Lindsay’s childhood exposure to injustice and “structural inequality” crystallized her desire for a people’s government. The political rhetoric regarding the low-income school districts of Philadelphia, of which Lindsay was a member, stimulated her activism.

“Because we were born to poorer parents, we didn’t deserve as much money” was the impression she drew from the experience. “It was a moment for me,” she said, and working as an activist at a young age — participating in a city-wide school walkout at 12, for instance — “developed a lot of the principles that would lead me to the party.”

Socialist figurehead Che Guevara shared a similar history, having witnessed the poverty of Latin America on a motorcycle tour that changed his life and political leanings. This is precisely why socialism is able to draw a crowd, if and when it actually does: It’s populism and it’s appealing to the lower classes of society that the upper crust tends to ignore.

Why else would anyone call for such rash action as seizing the banks and making healthcare, education and employment constitutional rights?

It’s a knee-jerk, emotional reaction, a race between a hare-heart and tortoise-mind.

But someone has to say it, don’t they? Lindsay is accurate in saying Americans are less class-conscious than Europe, but a better argument on behalf of her campaign would be that Americans are pitifully lacking in party consciousness.

The PSL is to the Democratic Party what the Tea Party is to the Republican Party, Lindsay told a journalism class during her visit to the University. Americans around the country are frustrated with the two-party system because our political climate is arid and utterly homogenized.

Which is precisely why Lindsay applauds the Occupy movement so fervently: because it reminded the country that a large margin of our population doesn’t benefit from either end of the political spectrum. And I can’t help but agree, if only in spirit.

As outlandish as the PSL’s 10-Point Plan to revolutionized the American workforce is, it’simmensely comforting to hear.The only argument we’re used to hearing is which of the measly two ruling parties has to bend the most to make sure our government can afford itself.

I applaud Lindsay’s efforts to raise awareness for her party and show Americans there is more to politics than Republican and Democrat, but again, her campaign will fall flat with the same ailments that have always plagued socialism.

The PSL doesn’t have the resources to pull off such a vast conversion of America’s political consciousness, and its cause will forever fight the ruthless reputations of past adherents, like Che.

What’s generous, however noble, will never amount to the importance of what’s possible. But hey, someone’s got to say it if Lindsay won’t.

Although 28-year-old presidential candidate Peta Lindsay is too young to be elected president of the United States, she toured Louisiana from …

Scattered thunderstorms in the morning becoming more widespread in the afternoon. High 82F. Winds ESE at 5 to 10 mph. Chance of rain 80%.

A few clouds. Low near 65F. Winds light and variable.