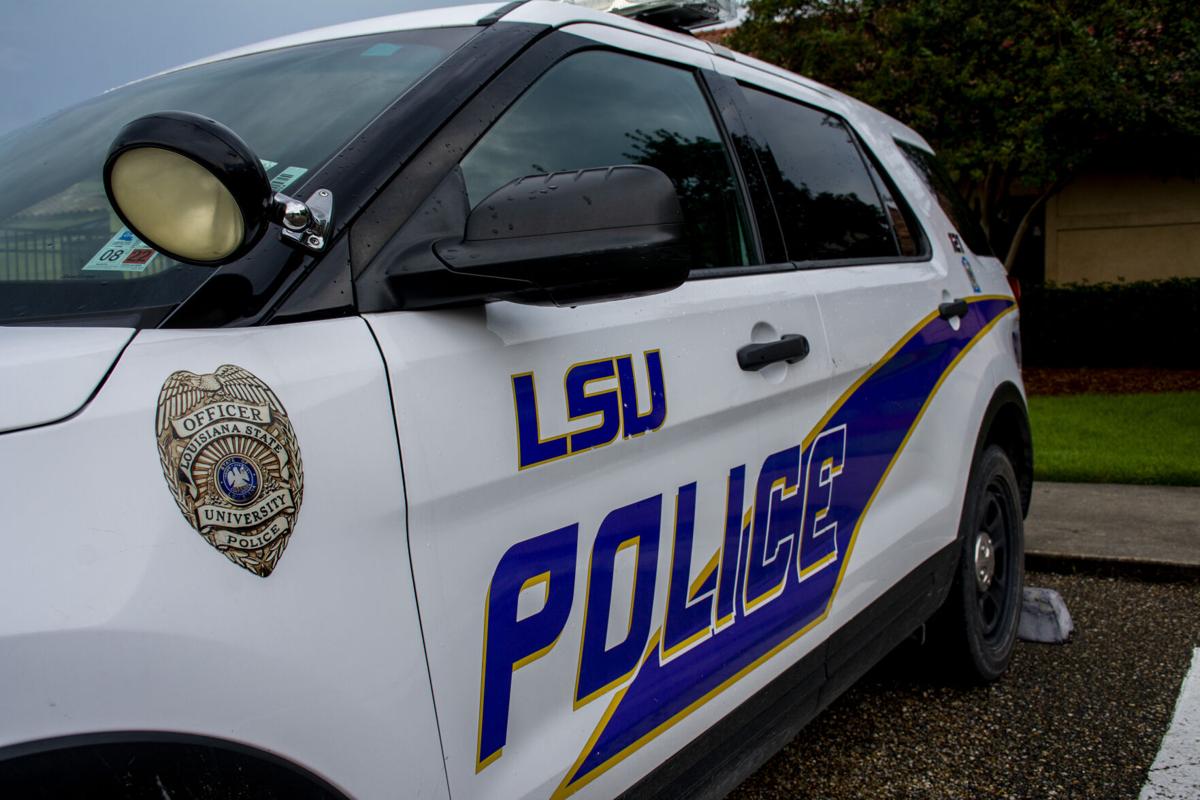 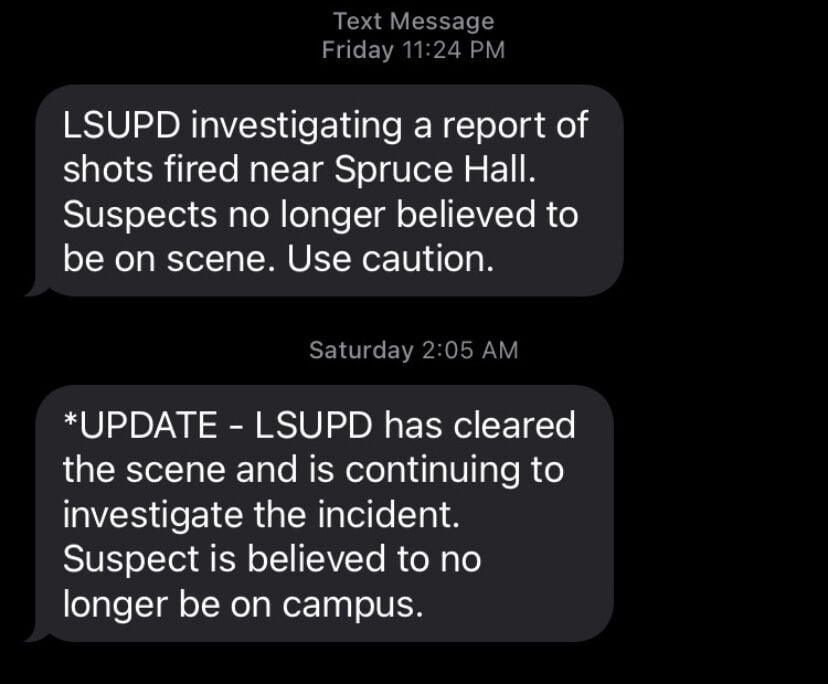 LSU sends text alert to all students about shooting near Spruce Hall.

After a tumultuous couple of weeks following Hurricane Ida's impact, we're finally back to school for the second time this semester.

Back to school season should be a time of fresh starts—the new school supplies, the slow creep towards cool weather, and the joy of not being burnt out just yet.

However, this semester has had a significantly grimmer start than anyone could have expected, and I'm not just referencing the horrible toll Hurricane Ida took on Louisiana residents and their homes.

I'm unfortunately talking about the instances of crime we've witnessed on campus since the semester began on Monday, Aug. 23.

Most prominently (in terms of press coverage), there was an attempted murder in the Spruce Hall parking lot on Saturday, Aug. 28.

Arrests have finally been made in response to this crime, but something about this situation still doesn't sit right with me.

Disturbingly, these reports weren't nearly as distressing to my friends or me as one would expect them to be. Why weren't we surprised by something so threatening happening so near us?

I was quickly reminded of the violent carjacking attempt in the parking lot of East Campus Apartments reported last semester. I was an ECA resident at the time, and my roommates and I were shocked reading the reports the morning after the attack.

I soon realized that we weren't surprised about the incident outside Spruce Hall because it's nothing new, and crime on campus is nowhere near a rare occurrence.

As I write this on Sept. 11, the monthly LSU Police Crime Log is 29 pages long and filled with hit-and-run accidents, thefts and otherwise suspicious or legitimate criminal activity that most of us students have heard nothing about.

And these are just the crimes that have had campus police intervention. There's no way of knowing how long the list would be if every crime on campus were reported to the police and correctly accounted for.

The abundance of such incidents is not met with nearly enough outrage. However, the default shouldn't be fearing campus because of a potential attack, especially considering we have a dedicated campus police force.

It's long past time the university implements more safety measures and regulations for the wellbeing of every individual on campus.

I'm certainly no expert on policing or crime prevention, but I'm here to make a case for improving campus-based safety based on what I've personally seen and heard from countless other students, past and present.

Firstly, I think the university should strive to increase lighting around campus—and fast. This is a years-old issue and has been a common complaint since I've attended LSU. The only honest response from the university is to avoid walking alone at night, but this isn't always an option for students, especially on short winter days.

I can't come up with a real reason why the university hasn't increased lighting in incredibly dark areas of campus, such as the Enchanted Forest or the Quad. However, I think the cost would be worth the increased student safety and reduced negative publicity due to financial constraints.

From anecdotes about people getting attacked to the shocking number of female students who have reported being stalked, I don't think anyone can deny increased lighting would make many of us feel less scared about being on campus at night.

In addition to improving campus lighting, it wouldn't hurt to have LSU police officers patrolling these same areas to hopefully deter crime.

I'm not suggesting turning the campus into a militaristic police zone. Still, I honestly don't think I've ever seen an LSUPD officer on campus that wasn't just waiting in their car to give out tickets. Their limited presence is extraordinarily discouraging and does nothing to make campus feel safer.

I will admit the university has some accessible safety measures in place right now, such as the LSU Shield app that allows students, faculty and staff to navigate campus more safely. However, it remains painfully obvious that there is still much work to be done to decrease crime on campus.

Given the chaotic and anxiety-inducing state of the world, the peace of mind brought by additional safety measures is duly deserved—and would be much appreciated—by everyone who frequents campus.

I don't believe the problem stems from gross negligence or lack of concern from the university, but there are many steps yet to be taken that can make campus a safer place for all of us.

I hope these measures are taken soon before someone else has to suffer through yet another traumatic event.

Emily Davison is a 20-year-old anthropology and English major from Denham Springs.

Rain showers in the evening changing to a mix of steady rain and freezing rain overnight. Low 29F. Winds N at 10 to 15 mph. Chance of precip 40%.

A few clouds from time to time. Low 28F. Winds light and variable.

A few clouds from time to time. Low 34F. Winds light and variable.