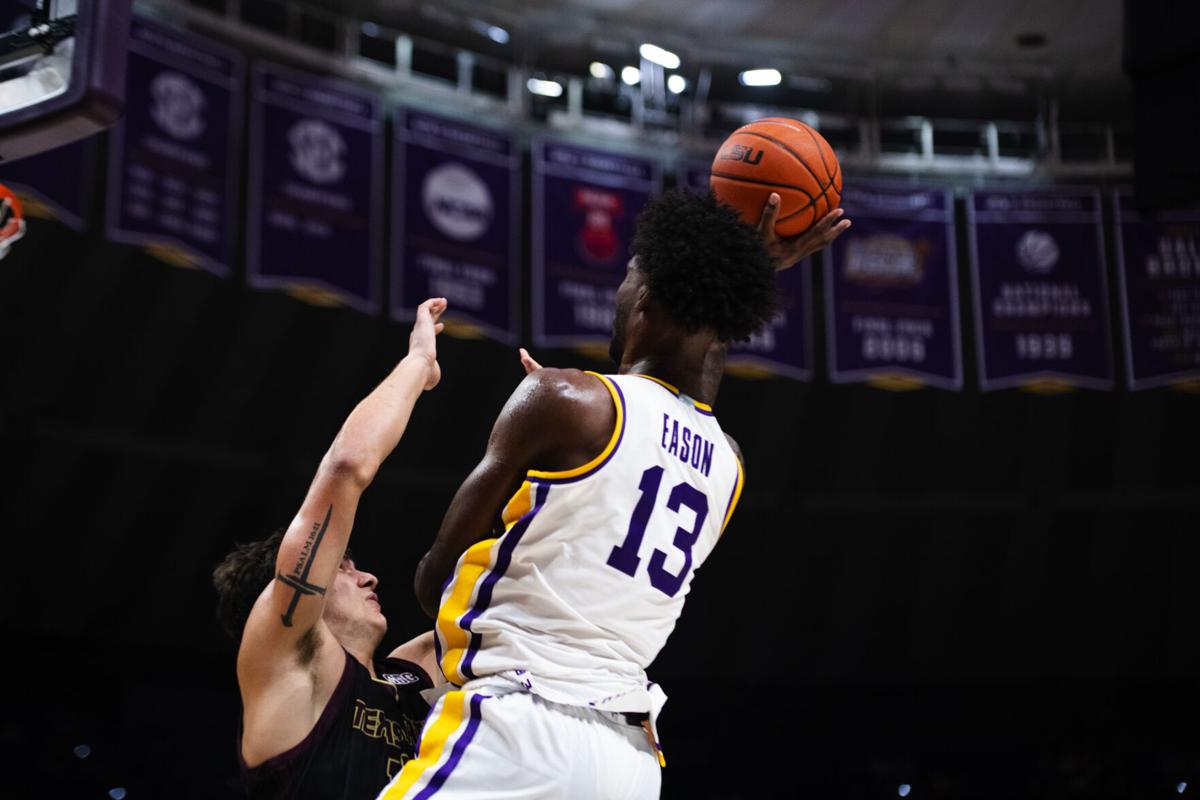 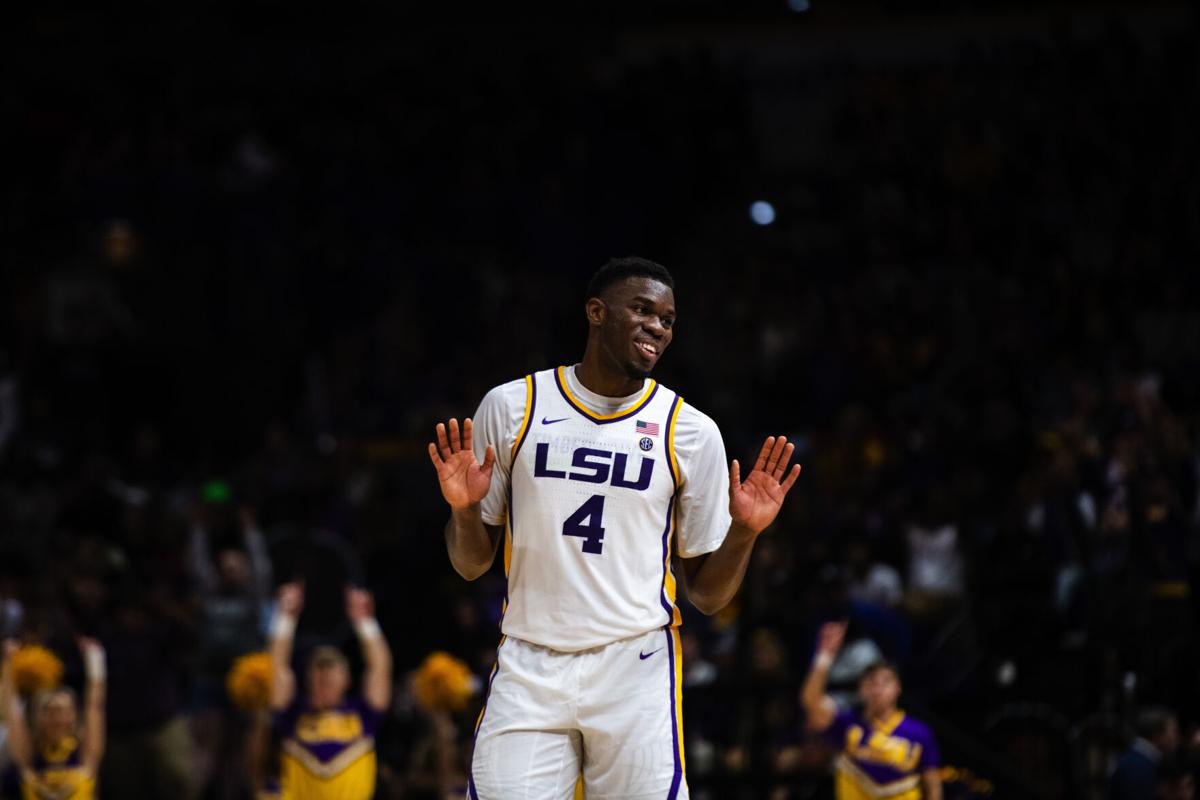 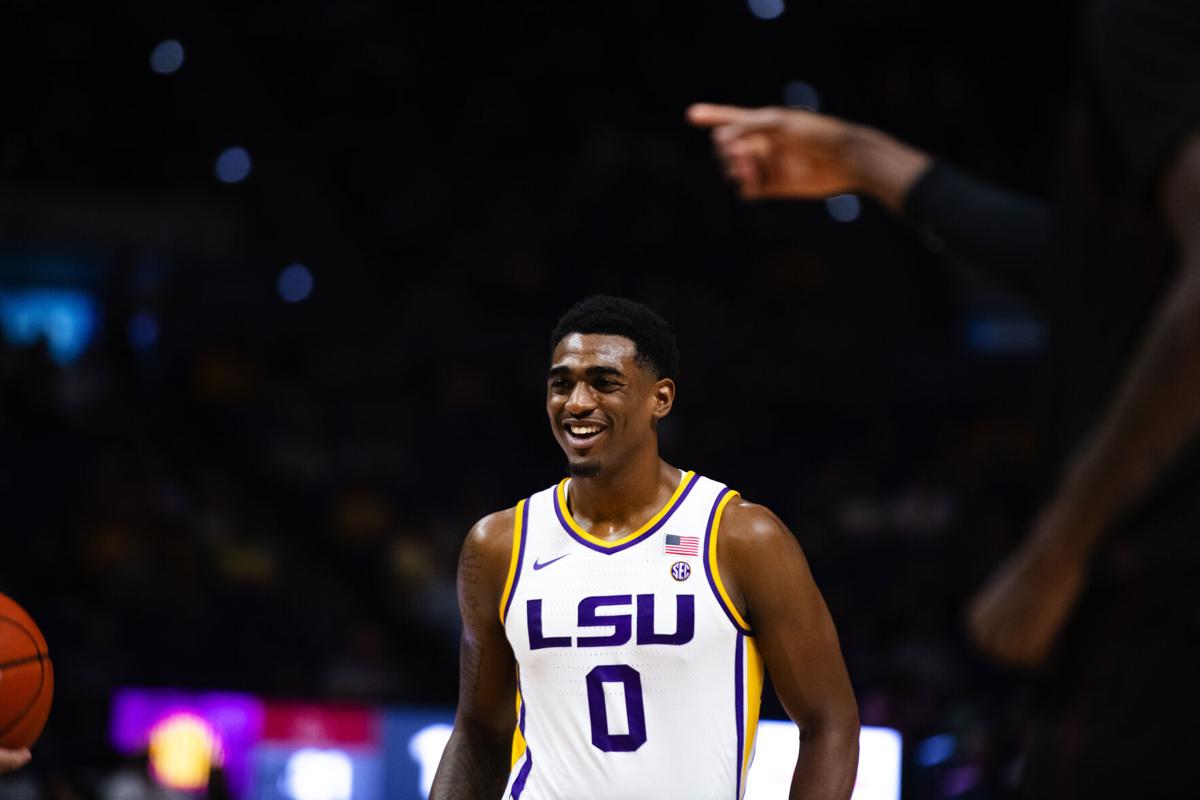 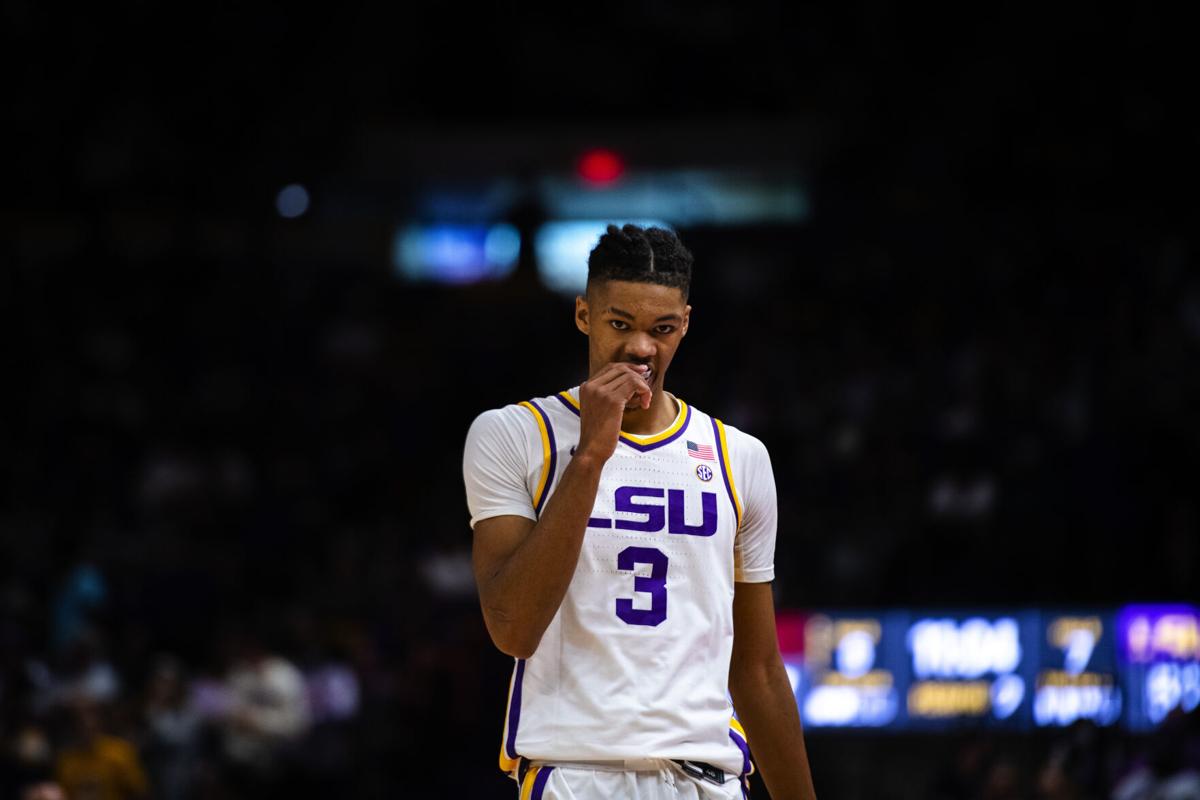 It was a slow start for LSU men's basketball against Texas State, but a dominant second half propelled the Tigers to a comfortable 84-59 victory.

“Annoying” was how Darius Days described matching up with Texas State’s offense, which perennially ranks towards the bottom in offensive tempo.

The Bobcats used this to their advantage for much of the first half, consistently running down the shot clock and controlling the tempo on both ends. Part of this offensive attack from Texas State had a lot to do with being aggressive and driving to the basket, which put multiple Tigers in foul trouble early on. This forced the LSU bench into action early and often, and they more than answered the call, scoring 43 points as a unit.

“It was a breath of fresh air,” Days said when describing how it felt for the bench to immediately pick back up where the starters left off.

Tari Eason and Alex Fudge were especially big off the bench, with Eason putting up his second double-double in as many games, and Fudge finished with 14 points, shooting a perfect 100% from the field.

The second half is where LSU  started to find its rhythm and take control of the game down the stretch. LSU outscored Texas State 52-22 in the second half, with the Tigers looking much more in rhythm on both ends of the floor. On offense, the shots began to fall with consistency for LSU, as it shot 63% from the field, and an astounding 77.8% from beyond the arc. On defense, the Tigers forced multiple shot-clock violations and held Texas State to shooting just 32% from the field and 0-6 from beyond the arc.

Controlling the tempo was the biggest key to LSU taking control of the game in the second half. Head Coach Will Wade talked about how effective Texas State was with tempo early on, and how he challenged the team to change that at halftime.

“I thought we weren’t aggressive enough in the first half. We were better in the second half,” Wade said. “We had to throw them off their rhythm.”

One of the most promising aspects of LSU’s performance was the way it responded to early adversity and pulled away late. It was no secret that this would be a step up in competition from Louisiana-Monroe, and after being challenged early, the Tigers responded well. This is especially important, considering LSU will have another step up in competition when it faces Liberty on Monday night.

“If you think this team was slow, just wait until Monday night,” Wade said when talking about Liberty.

Despite the bench stepping up the way it did, Days still led all scorers, along with Tari Eason with 17 points. Days continues to show his improvement, scoring at multiple levels and scoring both from the catch and off the dribble. Brandon Murray also had a big game for LSU, scoring 14 points in just his second career game. Murray’s hustle and work-ethic has been praised by many coming into the season, and Days acknowledged that once again after the game.

The Tigers will be back at home on Monday night as they face a talented Liberty team. Liberty entered the season off the back of an Atlantic Sun Championship and NCAA Tournament berth last season, and will certainly be another challenge for this LSU team.

“A total team effort,” is how Head Coach Will Wade described LSU’s 101-39 drubbing of Louisi…

The clocks have switched back, the weather is cooling down, and it is officially college bas…

Chance of a morning shower. Foggy this morning, then partly cloudy this afternoon. High 66F. Winds N at 5 to 10 mph.

Cloudy in the morning with isolated thunderstorms developing later in the day. High 77F. Winds S at 10 to 15 mph. Chance of rain 40%.

Scattered thunderstorms during the evening, then cloudy skies overnight. Low 69F. Winds S at 5 to 10 mph. Chance of rain 50%.