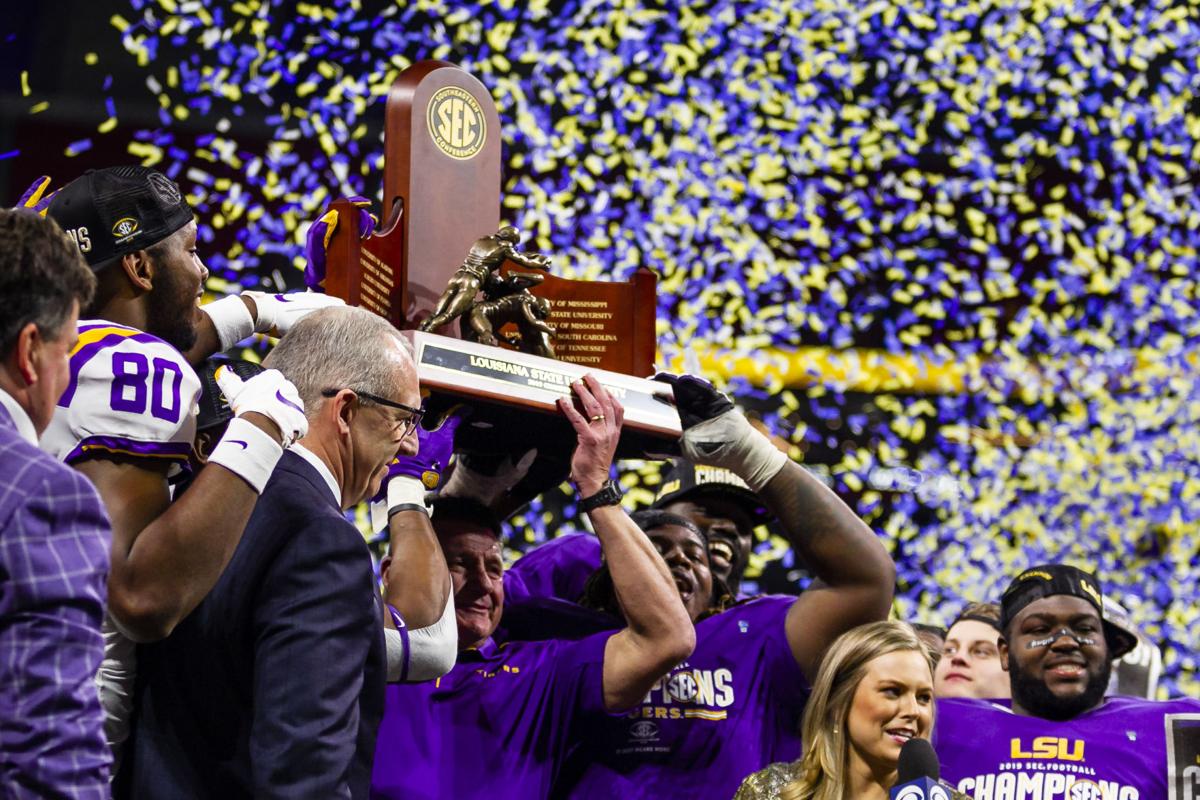 The LSU football team celebrates after the Tigers' 37-10 victory over Georgia on Saturday, Dec. 7, 2019, in Mercedes Benz Stadium. 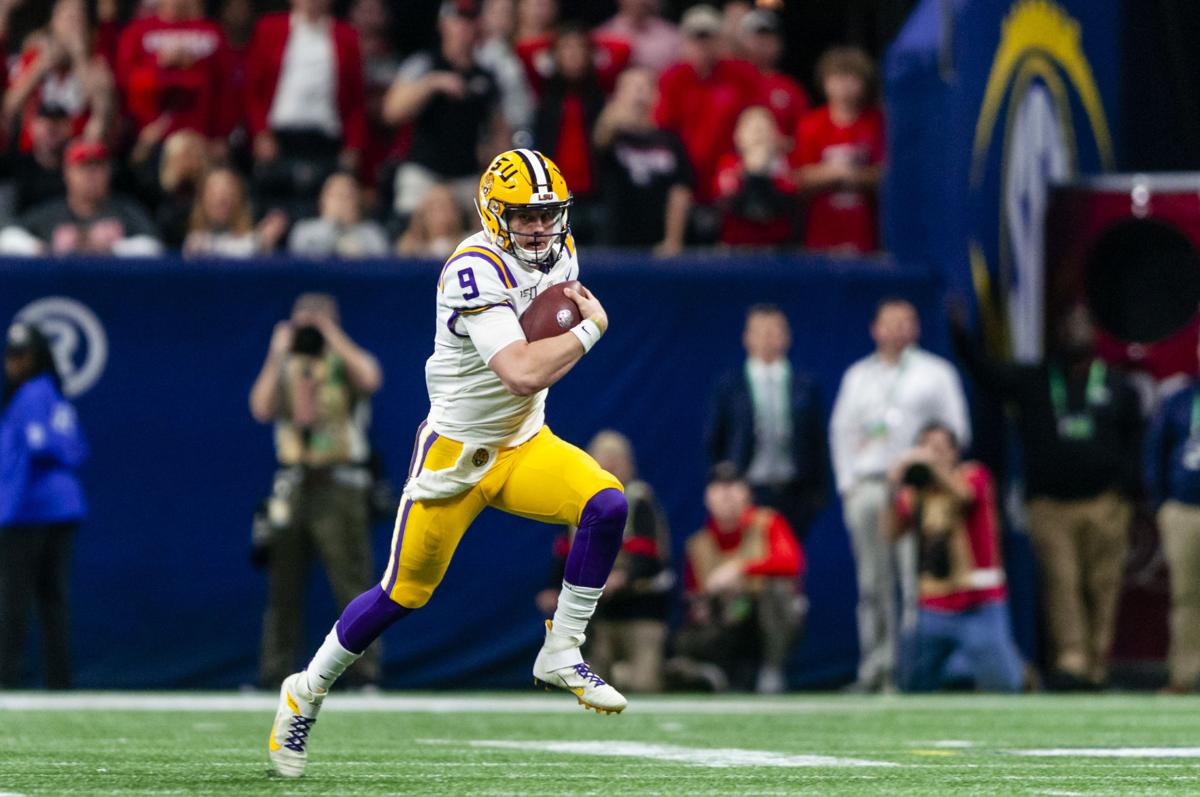 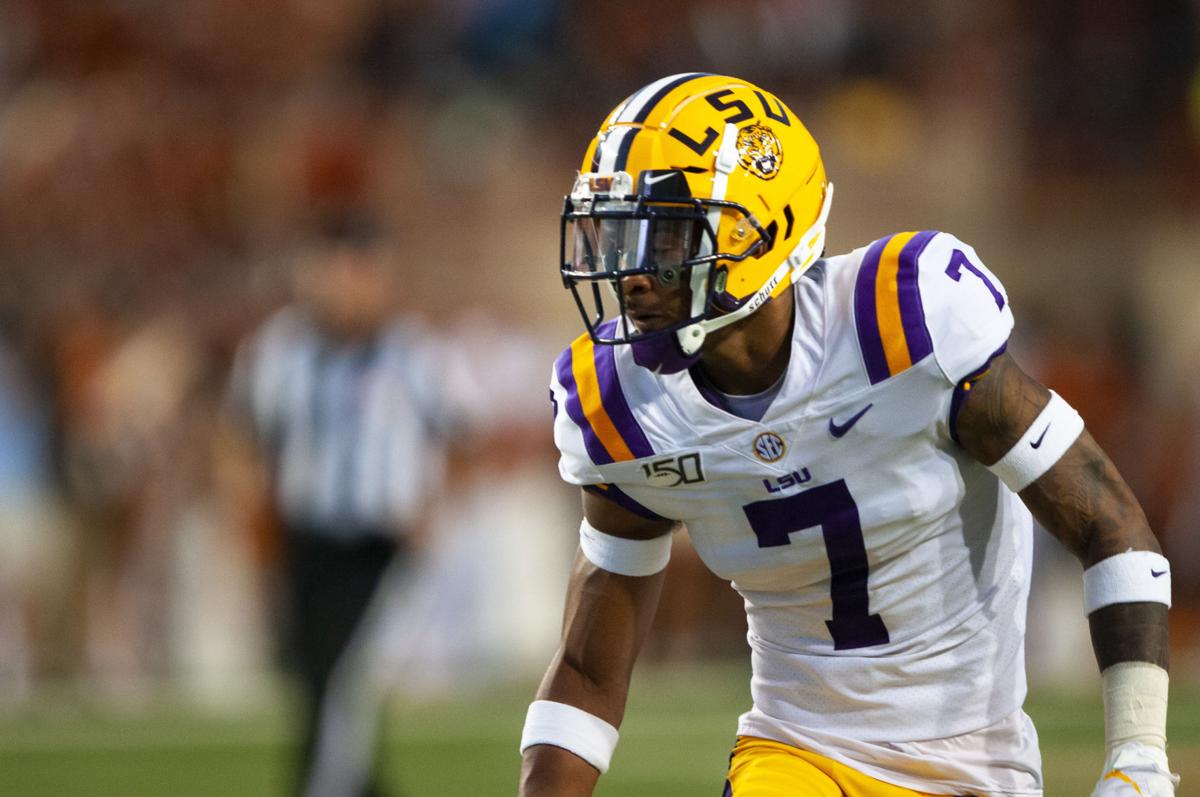 To get to where the LSU Tigers Football team is now, you have to go back eight years to Jan. 9, 2012. Few LSU fans or players enjoy recalling that day, but it was a program-defining moment for the Tigers. It was a negative moment, but important nonetheless. There’s no need to delve into the specifics of the game itself; that’s been done enough. But without question, that game set the course for LSU football throughout the rest of the decade.

Amid highs (three 10-win seasons in 2012, 2013 and 2018) and lows (two eight-win seasons in 2014 and 2016 and losing to Alabama eight straight times) the Tigers got back on track at the turn of the decade, defeating the Crimson Tide en route to a perfect regular season, SEC Championship and College Football Playoff Semifinal victories in emphatic fashion.

It’s all led to Monday, a day that will once again set the course for the program in the coming decade. The opponent, much like in 2012, is one that has been dominant in recent years. The Clemson Tigers have made it to the CFP every season since 2015 and won titles in 2016 and 2018 against Alabama. There’s no doubt Clemson deserves a spot in New Orleans this season, especially after a 29-23 win over highly touted Ohio State in the Fiesta Bowl.

Monday’s game matches strength against strength in the truest sense. LSU has the highest scoring offense in the country, averaging 48.9 points per game, while Clemson's defense has allowed a nation’s best 11.5 points per game. LSU Co-offensive Coordinators Steve Ensminger and Joe Brady will face their toughest task of the season in game-planning for defensive coordinator Brent Venables and a talented Clemson.

“You watch their tape, they’re in the right place at the right time. He (Venables) knows how to attack protections," LSU coach Ed Orgeron said. "They use that No. 11 (linebacker Isaiah Simmons) in great spots. We’ve got to know where he’s at all the time.”

This season Ensminger, Brady and senior quarterback Joe Burrow have had an answer for every defense they’ve faced, and that can be attributed to the immense preparation that goes into each game plan. Even after LSU’s 63-28 win over Oklahoma, a game in which Burrow threw seven touchdown passes, he wasn’t happy with his performance.

“To be honest, it wasn’t my sharpest game," Burrow said. “This guy (receiver Justin Jefferson) was bailing me out on a couple throws that I had missed. Guys like Terrace (Marshall) and Ja’Marr (Chase) were bailing me out on misreads and being late with the football. I’m excited to get back to practice and tune those things up. That’s the kind of team we have. Someone doesn’t have their best game, the other guys step up.”

LSU’s defense will be tested as well against a Clemson offense that rarely struggled to put points on the board this season. Sophomore quarterback Trevor Lawrence showcased his ability to make plays on the ground in the win against Ohio State, presenting defensive coordinator Dave Aranda with another daunting offense to plan for.

“The quarterback and his ability to run, I think – there is an underground of plays with Clemson that shows up in big games,” Aranda said. “So whether it’s playoff games, championship games, the quarterback run element shows up strong in those games.”

It’s been eight years in the making, and LSU now has a chance to cement the legacy of a team that has transformed the culture of LSU football as it’s known today.

Living the dream in the dome: Louisiana natives fulfill dreams playing for championship in the Superdome

29: Clemson has won 29 straight games dating back to the 2018 Sugar Bowl, also played in the Superdome.

Clyde Edwards-Helaire: The LSU running back torched opposing defenses for 1,703 yards this season, but suffered a hamstring injury during practice in December. Edwards-Helaire played limited snaps in the Tigers’ Peach Bowl victory over Oklahoma and is expected to be near 100% against Clemson.

Trevor Lawrence: The Clemson quarterback has never lost a game as a college starter for the Tigers. He finished his sophomore season with 36 touchdowns and 3,431 passing yards. In the national championship game last season against Alabama, Lawrence completed 20 of 32 passes for 347 yards and three touchdowns.

Grant Delpit: The LSU safety may be playing his final game for the Tigers as the NFL awaits. After a unanimous All-American selection as a sophomore last season, Delpit struggled with injuries this year. He managed to win the Jim Thorpe Award in December, which goes to college football’s best defensive back.