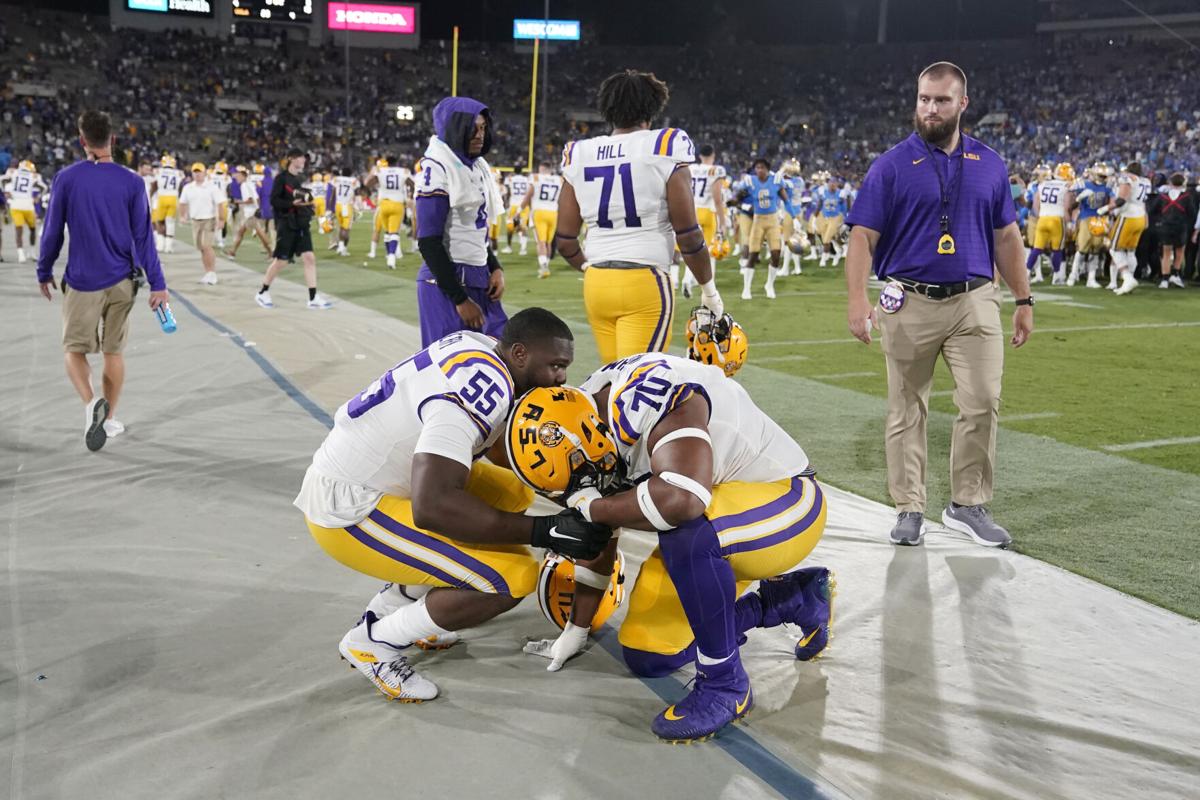 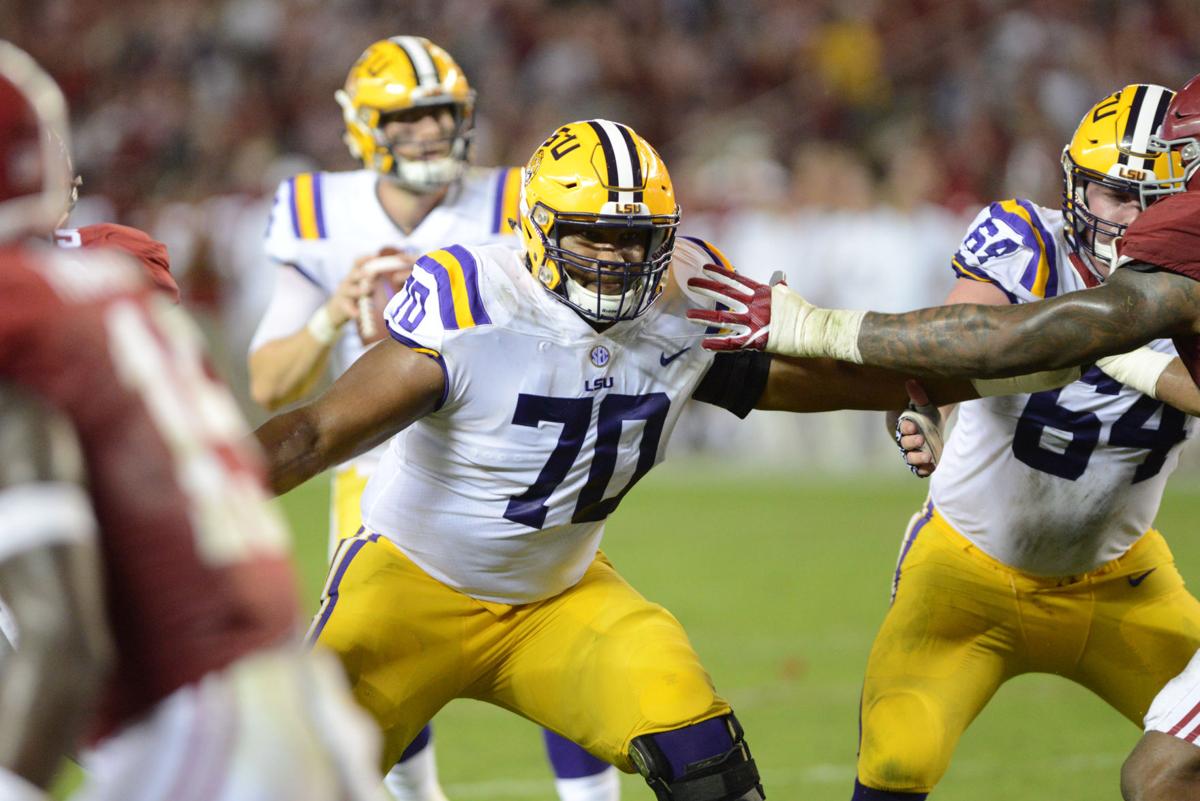 LSU’s biggest issue in 2020, apart from the defense, was undoubtedly the lack of production from the offensive line. This year it still remains as a question mark. Did a single interview from Ed Ingram give fans momentum not to give up on the O-line?

During the 2020 season, a rather inexperienced offensive line debilitated LSU on offense. The run game was nonexistent all season, and all three quarterbacks that started for LSU during that season were under tremendous pressure all year. This resulted in wildly inconsistent plays from the offense and led to many questioning the ability of the quarterbacks and running backs when many of the struggles were rooted in deficiencies with the offensive line.

Fast-forward to the 2021 season, many expected improvements to be made to the offensive line, with four of the five starters returning and a new offensive line coach, Brad Davis. With that belief in mind, the season opener against UCLA was massively disappointing and it seemed like no improvements had been made during the offseason. LSU still struggled to run the ball, totaling only 49 yards all game and an abysmal 1.9 yards per carry. This resulted in LSU relying heavily on the air game -- Leading to UCLA playing very blitz-heavy, forcing Max Johnson into bad throws.

Column: It’s too early to write off this LSU football team

In the weeks leading up to LSU’s first game of the season, it wasn’t a secret that many fans…

The lack of improvement shown from week one, is very concerning and falls directly on the shoulders of the coaching staff. Brad Davis was brought in as offensive line coach during the offseason, but didn’t join the staff until June. Judging by the UCLA game, his impact has not been felt yet, but Head Coach Ed Orgeron still believes Davis is the right man for the job.

“It’s different for the guys,” Orgeron said addressing the coaching change. “It’s going to take time for them to gel, but I believe in Brad [Davis] and I believe in this offensive line.”

It can always take time for a new coach to settle in with a team but seeing no improvement from last year to this year is unacceptable. With the amount of experience on LSU’s offensive line, it would be expected to see some sort of progression from year to year, but through one game, that doesn’t seem to be there.

Junior offensive lineman Ed Ingram was asked about his unit’s struggles against UCLA, and his response was not something you often hear from a player; “It was a lot of mental errors we had during the game. There were times that we didn’t know what to do or we weren’t blocking the right person.”

Ingram gave the media a far more straightforward answer than what is usually seen from players, but his claims were evident when rewinding the performance of the offensive line. Missed assignments were prevalent throughout the game, and UCLA’s defensive linemen and linebackers were regularly going unblocked and getting into the backfield with ease. However, one thing that can be gained from his answer, is that things can and will only improve as the offensive line continues to work with Davis throughout the season.

Film Breakdown: How UCLA beat LSU and what adjustments the Tigers must make

Ingram followed up in his interview saying, “It’s a very different energy this year. After we lost to Mississippi State last year everyone kind of turned on each other, but this year everyone’s holding each other, saying trust the process and that we’ll get it right next week.”

This is promising to hear. Last year it was evident that the culture in the locker room was poor; the body language of the players throughout the season was lethargic. These quotes from Ingram give fans hope that the culture will continue to improve this season. This is massive for the team and fans alike, it goes without saying that a good culture allows for improvements, but with a bad culture, it’s hard to change anything.

A few clouds from time to time. Low 56F. Winds light and variable.

Considerable cloudiness. Low around 50F. Winds NE at 5 to 10 mph.

Scattered thunderstorms in the evening, then mainly cloudy overnight with thunderstorms likely. Low near 60F. Winds SSE at 5 to 10 mph. Chance of rain 80%.