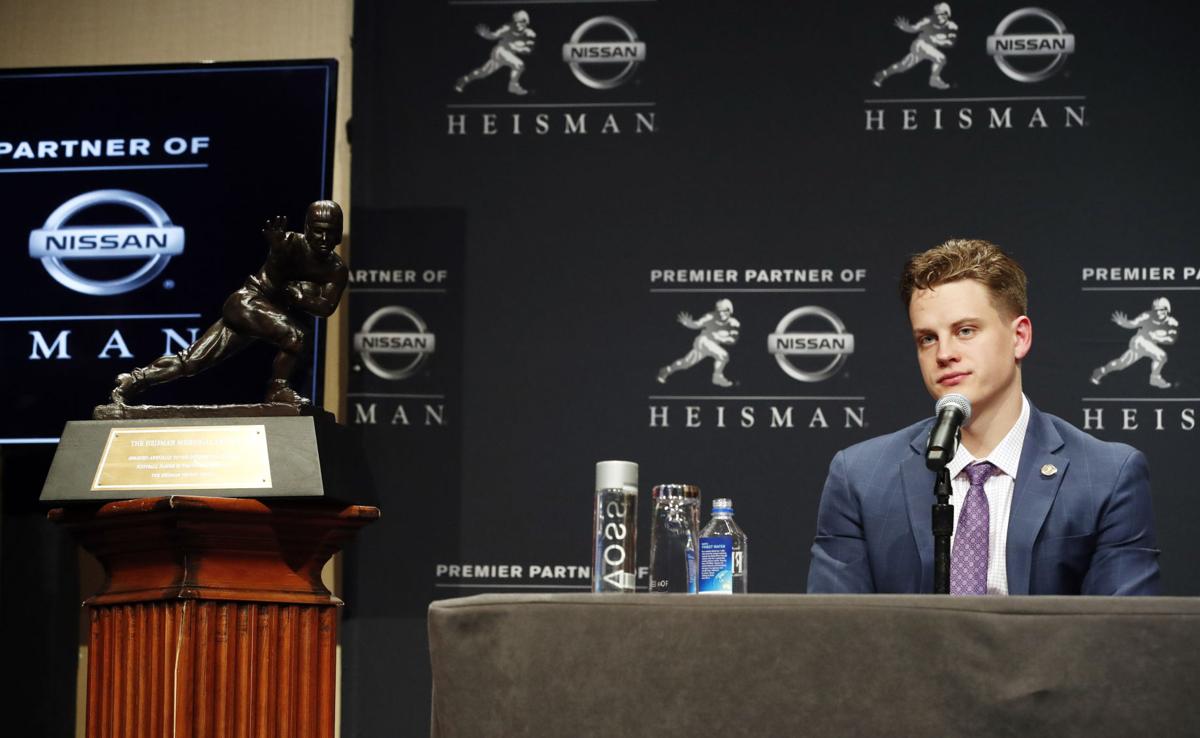 Joe Burrow listens to questions from the media during a news conference before the Heisman Trophy ceremony, Saturday, Dec. 14, 2019, in New York. (AP Photo/Jason Szenes) 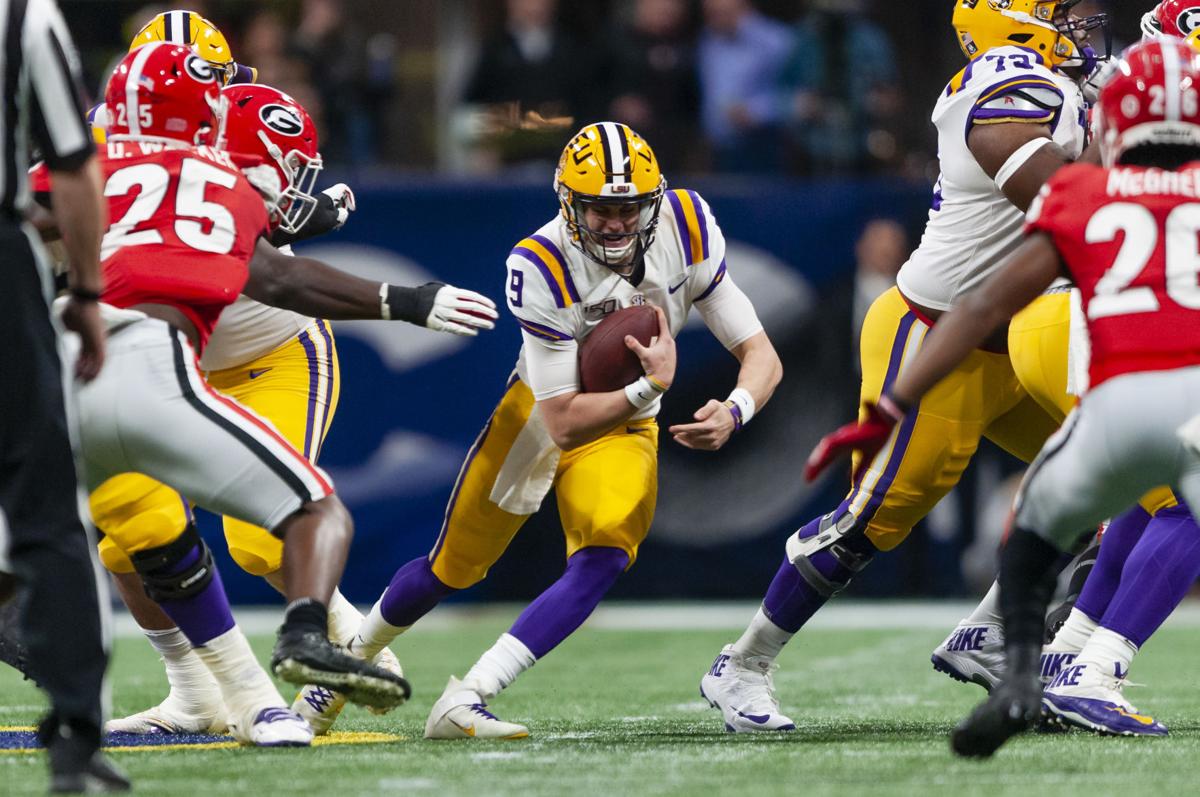 Joe Burrow listens to questions from the media during a news conference before the Heisman Trophy ceremony, Saturday, Dec. 14, 2019, in New York. (AP Photo/Jason Szenes)

For so long, Billy Cannon was the lone name representing LSU. Now, after a 60-year wait, Cannon has company.

“To be mentioned in the same sentence as Mr. Cannon, it’s an honor,” Burrow said. “I just try to give back to LSU and to Louisiana as much as I can.”

On Saturday Burrow joined Cannon in the history books as a Heisman Trophy winner. It’s the senior's reward for having the best statistical season for a quarterback in Southeastern Conference history.

“Did I believe it can happen at LSU? Yes,” said LSU coach Ed Orgeron. “Do I believe it should happen at LSU? Yes. Then when you’re in it, you go ‘man here it is we’re doing it.’ You take it one day at a time try not to think about nothing. We’ve been thinking about Oklahoma, going out recruiting and all that stuff.

Burrow has thrown for 4,715 yards and 48 touchdowns while maintaining a staggering 77.9 completion percentage, surpassing the record of 76.7% set by Texas quarterback Colt McCoy in 2008.

Burrow led LSU to the College Football Playoffs, and the Tigers are the No. 1 team in the country. He revolutionized an offense that at times mirrored the one Cannon played in at LSU into an electrifying spread offense which ranks first in yards per game and third in points per game.

He galvanized a fan base starved for a national title contender, and Burrow has been repaid with a robust embrace from the whole state of Louisiana.

Louisiana was never on Burrow’s radar. As a four-star quarterback recruit, Burrow signed with Ohio State in 2015, but when he failed to win the starting quarterback job in the spring of 2018, he looked elsewhere.

It was a chance on the unknown for Burrow. He knew no one at LSU, and the closest he got to the state were the handful of occasions he visited his grandparents in Mississippi.

“To see him do what he’s done and win over the LSU football community has made it all worthwhile,” said Jimmy Burrow, Joe’s father who is originally from Mississippi. “It’s validated his choice, it really lets us know he was always in good hands with Coach O and the LSU football program. Our trust in coach Orgeron as a family was truly correct, and we couldn’t be happier.”

Joe Burrow said he didn’t want to get emotional during the ceremony if he won, but the rawness of his speech and moment were too much. He thanked his offensive line and skill players on offense before making his way to Orgeron, who was in the crowd with a camera fixated on him as he watched the player he called a top-five recruit in the history of LSU be award the highest honor in college football.

“Coach O,” Burrow said as voice trembled with emotion. “You have no idea what you mean to my family. I didn’t play for three years; you took a chance on mean not knowing if I could play or not, and I’m forever grateful for you.

“Could you imagine a guy like Coach O giving me the keys to his football program? He just means so much to me and my family, and to LSU, I sure hope they give him a lifetime contract, he sure deserves it.”

Burrow will leave New York and head back south once more. This time he won’t arrive empty handed.

Burrow will return to Louisiana with the Heisman Trophy, an honor that seemed so impossible for a LSU quarterback for so long. It was something Burrow could only dream of as a kid in Athens, Ohio. He said he always watched the ceremony and remembers players like Nebraska’s Eric Crouch, who won in 2001, standing on the stage holding their trophies in the air as cameras flicker.

And much like Cannon, Crouch and previous Heisman winners, Burrow’s legacy will last forever.

“I just try to leave a legacy of hard work and preparation and leadership wherever I go, and I hope I leave people with a kind taste in their mouth when they have memories of me,” Burrow said. “The support from everyone means a lot, and it shows that I’ve worked hard everywhere I’ve been.

No matter what happens in the College Football Playoffs, one thing is for certain, when Burrow leaves LSU he’ll have left more than kind memories.

He’ll leave as the best quarterback in LSU history and second Heisman Trophy winner in school.

And one day, Burrow’s name may adorn the façade of Tiger Stadium right next to LSU legends Jerry Stovall and of course, Billy Cannon.