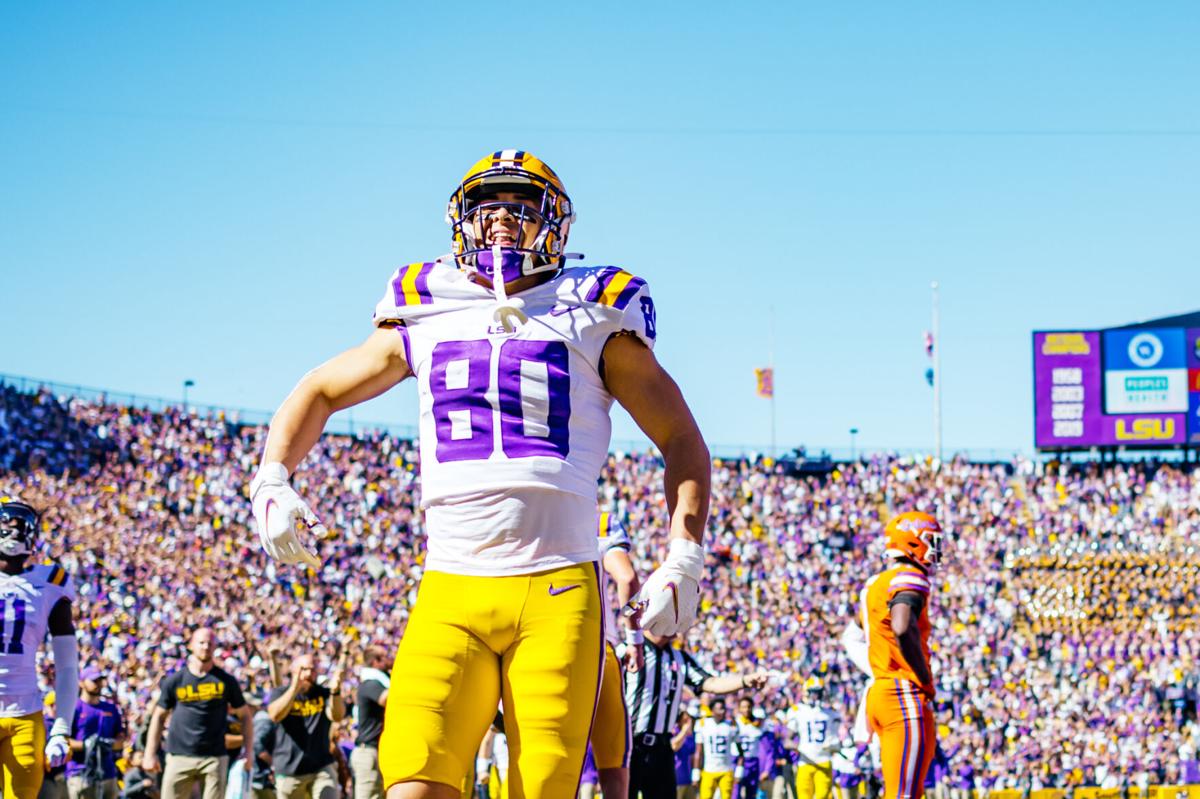 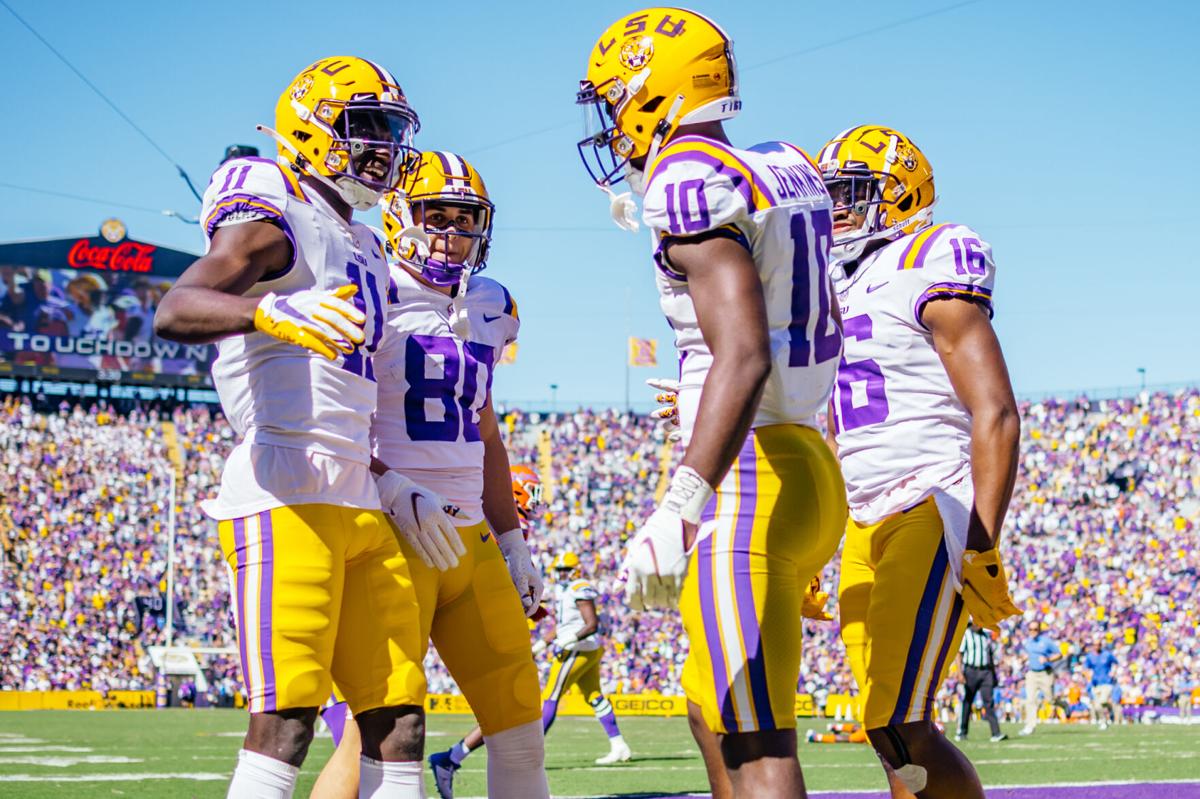 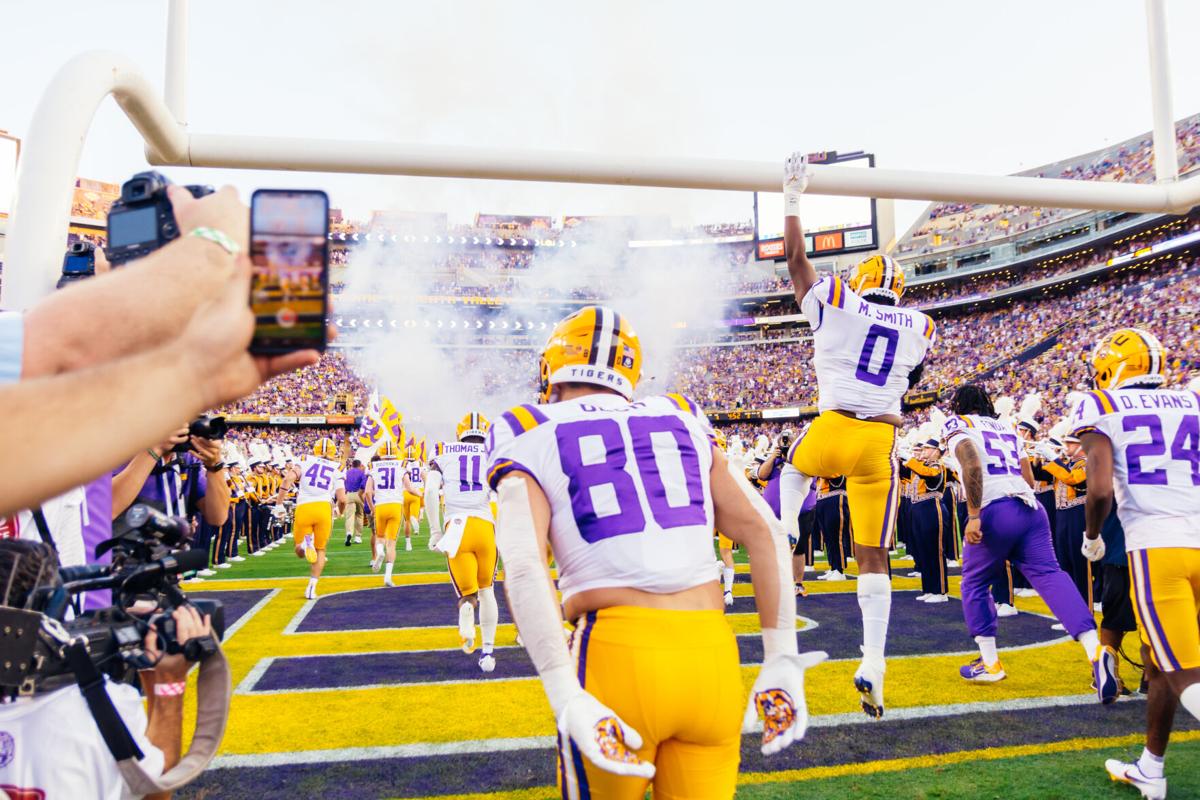 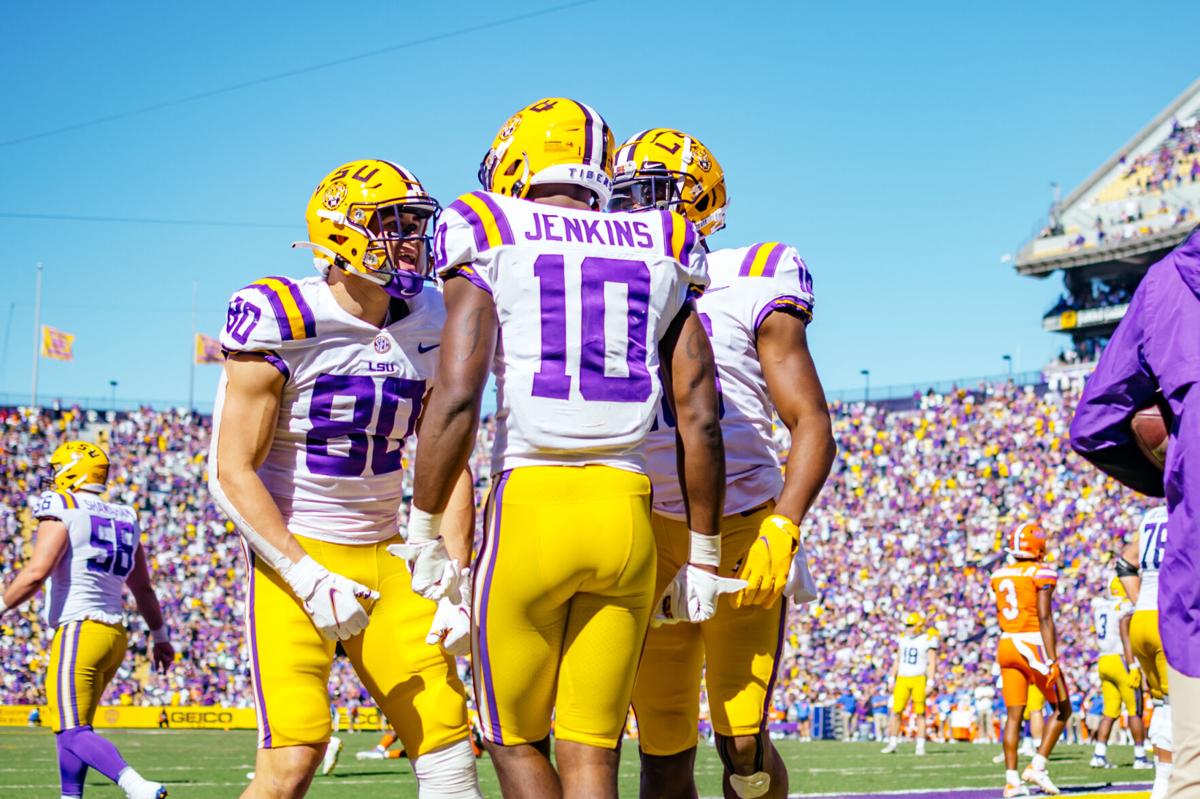 It was another Saturday. Jack Bech was with his high school teammates, watching film. He was hanging on to every play that ran across the screen before him, and absorbed every word his coaches spoke. Then an abrupt phone vibration distracted his focus, and then another buzz.

Walker Howard, Bech’s childhood friend and highly sought after collegiate prospect, eagerly followed him out of the room and listened intensely as to what the notification was about. This was the call that would change the whole course of Bech’s next four years. This of course, was LSU Head Coach Ed Orgeron offering Bech a place on his roster.

This was a dream the duo of Bech and Howard had been working on together, and the pieces had finally started to fall in place. Now around a year later, Howard has committed to LSU and Bech has quickly proven that his place at LSU has been earned. While Howard would immediately impress LSU at a camp they held in the summer of 2019, it took a while for the Tigers to pursue Bech.

Bech has quickly become one of the leading faces of LSU football. The true freshman from Lafayette has made a name for himself on the field, striving to follow in the footsteps of two of his uncles: Brett Bech and Blain Bech, both exceptional wide receivers for the Tigers in the early ‘90s and 2000s, respectively. The new wave of media attention on Bech have made fans wonder more about what kind of person he is, outside of the No. 80 displayed across his chest.

Bech graduated high school in 2021 from St. Thomas Moore, a private Catholic school that has a mission statement which revolves around creating individuals of character and servants of God. This type of environment was a building block of Bech’s character, as many of his personal truths are rooted in the strong foundation that was built upon in his four years at STM.

“I feel like my morals and faith are grounded, probably more because I attended a school like STM, and there were different people there to help ground you,” Bech said. “I was really lucky to be able to attend a school like that.”

Bech’s faith developed over those four years and upon his arrival at LSU, it only grew stronger, he said. As different obstacles, as well as success, have presented themselves, he has always relied on his faith to proceed him.

Time after time this season, he has consistently proved that he can be a pivotal play maker. Although, Bech only has accounted for one touchdown, the wide-receiver has accumulated 333 yards on 28 receptions. With Kayshon Boutte out for the season, Bech is Max Johnson’s No. 1 target.

While Bech relies on his faith to lead him in his everyday routine, it is the way that he performs on the field that has made his leadership qualities apparent to others.

James Hightower, head football coach at STM,  was quick to explain that Bech's mindset and drive have been the groundwork of his success. In his four years at STM, Bech garnered 35 touchdowns, along with an impressive total of 2,827 receiving yards from his junior and senior year alone.

“[Bech] was a natural leader by his performance, work habits, and demeanor. People respected Jack for his on the field and off the field example. He would never let anything get in the way of him achieving his goals,” Hightower said. “That is probably the most outstanding characteristic that Jack has always had: a focus on what he wanted to achieve.”

While Bech rocked the blue and maroon for STM, he earned every aspect of the adjective, confident. The 6 foot 2 inch dual threat has performed to the best of his ability on every occasion. Hightower attested to this as he reminisced on the years of coaching Bech in high school.

“This confidence that [Bech] competes with now was earned by always preparing harder than anyone else. [Bech] was always the last guy to leave the practice field,” Hightower said. “He has loved this game from as early as I can remember.”

Bech charges out onto the field of Death Valley on the side of his teammates. Decked out in sleeves, custom cleats, and the iconic purple and gold helmet, Bech still found a way to incorporate another part of what has created the person he is now into his uniform.

“The messages on my eyeblack say RIP Pop; my grandpa, RIP G; for Garrison, a friend of mine that passed, and RIP Kat; who is [Walker Howard’s] mother, who passed away from cancer,” Bech explained. “With it on my eyes, it constantly reminds me, and it lets other people see it too. You know, if you are looking at me, you have to look at that too...I wanted that to be the main vocal point, or what I was really representing. I play for them, and I wanted other people to see that.”

His deep passion for the game of football has only grown since watching family members thrive in the sport as well. Along with his uncles, who were successful both in and out of the LSU uniform, Bech’s older brother, Tiger Bech, (yes, Tiger Bech),  recently completed his four years at Princeton as a wide receiver and kick returner.

In respect to the athlete’s success, fans can expect Bech to continue prospering on Saturday nights. For those close to him, his success at LSU has not been surprising.

“Jack’s early success at LSU doesn’t surprise me in the least,” Hightower said. “I know his work habits and preparations have not changed. I know Jack is willing to help his team, but most of all, I know Jack is a winner, in every way.”

Because of his size, LSU has Bech play a wide receiver, tight end hybrid player, and he’s classified as a tight end on the depth chart. However, he isn’t asked to do much blocking and is utilized more as a match-up nightmare than anything.

Bech is second on the team in both receptions and receiving yards, averaging about 42 yards on 3.5 receptions per game. He was particularly useful in the games against Central Michigan and Auburn, where he went for 80 yards in each and scored his first touchdown in the former.

When asked how it felt to score his first touchdown in purple and gold, his answer was simple: “Surreal.”

“We’re still young, so the pressure really isn’t on us,” Bech said. “I mean there’s definitely a little bit, but not to the point where we feel like that’s all we think about. We can still, just as freshmen, play loose, and we’re still learning a lot.”

Overall, Bech is a talented receiver with a solid skill set  It will be interesting to see how much his impact on the team grows when Walker Howards arrives, a quarterback who Bech says he has a better connection with than Johnson.

“Being a Tiger is a dream come true … [Howard] and I have been through so many of life’s ups and downs together, he is like a brother to me, and that’s a hard connection to recreate with anyone.”

Showers and thundershowers during the evening will give way to steady rain overnight. Low 49F. Winds SW at 5 to 10 mph. Chance of rain 90%.

A few clouds from time to time. Low 33F. Winds light and variable.