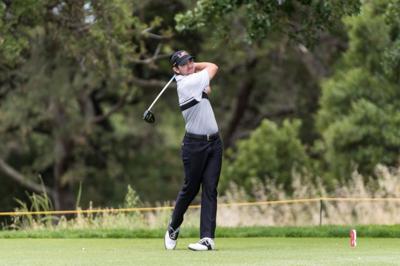 The college golf season is now in full swing, with the first round of the Blessings Invitational complete.

Ingrid Lindblad posted a score of 5-under (67) which ties her with Brooke Matthews of Arkansas for first place in the individual competition. Lindblad and Matthews scores were the lowest Monday among the whole field.

The women's team had a cold start. They were the first team to tee off at 8:58 and shot 3-over on the first hole. The team rallied through the remaining holes and shot 9-under in the last six holes.

“We are off to a great start, but the day didn’t start that way for us,” said LSU women’s golf Head Coach Garrett Runion to lsusports.net. “We got popped in the mouth early on the first hole, but we knew this was a difficult course and had a lot of golf left.”

Runion was very impressed with Lindblad’s performance on Monday. She carded seven birdies throughout her opening round and looked very confident over the ball. She opened the tournament 3-under through the first five holes. On the back nine, she found her rhythm, going 4-under. On the 17th hole, she drained a lengthy birdie put and then also birdied the 18th to give her a share of the lead. As only a sophomore, Lindblad is a leader of the team, she has an apparent persona that radiates and uplifts her teammates.

Tiger fans should expect Ingrid Lindblad and Latanna Stone to stay consistent through the tournament. Round two will begin for the ladies at 11:55 CT on Tuesday off the 10th hole.

Following SEC mandates, each team must play all five players in a single grouping. This is a unique format of play that is not often used. There might be a lingering sense that teams are lacking competition because they are not directly playing against their competitors but rather playing alongside their teammates.

The men's team is currently tied with Alabama for fourth place at a score of 3-over. The team was led by senior Trey Winstead who fired a 2-under 70 today. Winstead also received help from Sophomores Connor Gaunt, who shot 1-over and Garret Barber, who shot 2-over.

The men's team did not get off to a start as they pleased, but they still remain in contention and will have to play perfectly these next two rounds. On Tuesday's round two, several players will have to go low and break par to secure a decent finishing position.

Coach Winstead of the men's team told the Golf Channel that his team looks very solid and reminded him of the squad he had in 2015 that went on to win the NCAA championship.

“This team looks a lot like that team in that we've got three returners that really have played a lot of really nice golf, high level of golf and a lot of young guys that are very talented," he said, "and that's the mix we had in 2015.”

The men's team will tee off at 9:12 CT on Tuesday off the first tee.

Blessing golf course presents quite the challenge with narrow fairways that lead to heavily protected greens. The rough looked deep and unforgiving. On Tuesday, coverage will resume on Golf Channel at 2:30 CT. Monday's coverage was phenomenal, the announcers discussed relevant stories about teams along with adding to the excitement of the tournament.

This kind of coverage is the support college golf is desperate for. Golf, as a sport, is growing at an unprecedented rate with a majority of the talent casted by young stars.

Count your blessings: A positive outlook following the Blessings Invitational