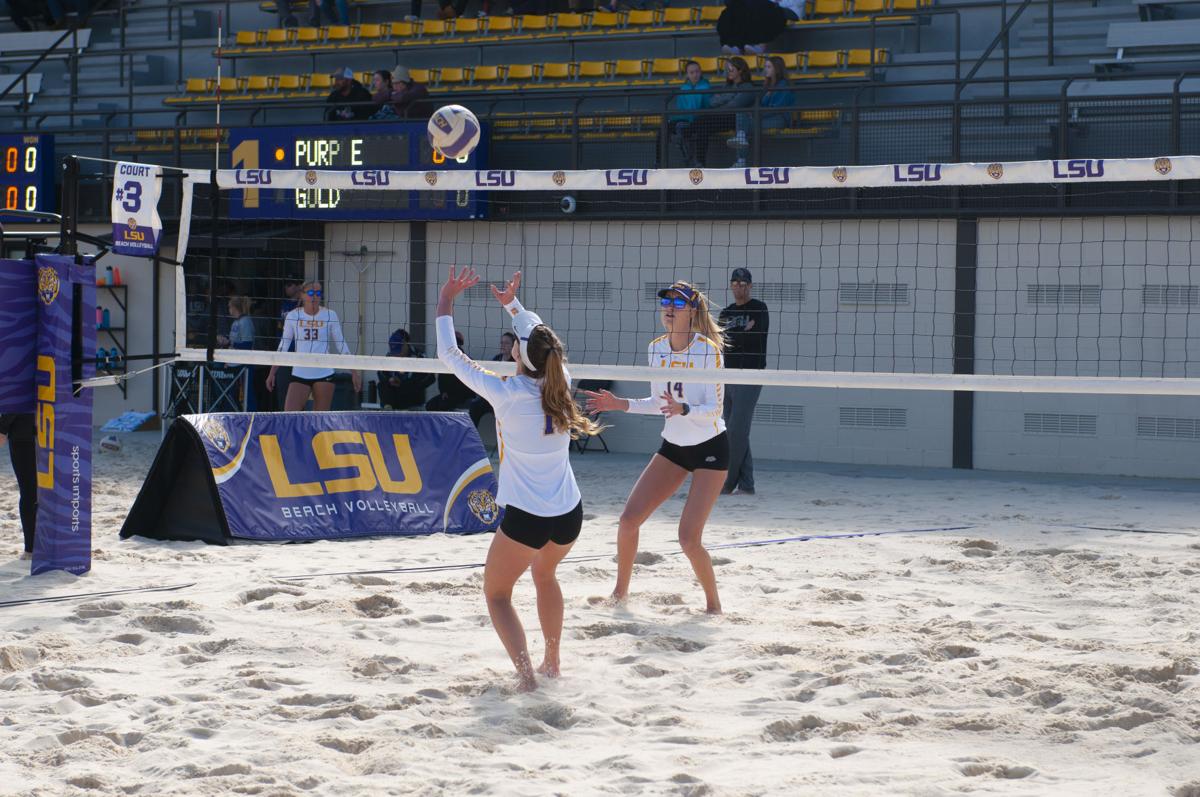 LSU senior Kristen Nuss (13) prepares to strike the ball during the Purple vs. Gold scrimmage on Saturday, Feb. 15, 2020 at the Beach Volleyball Complex. 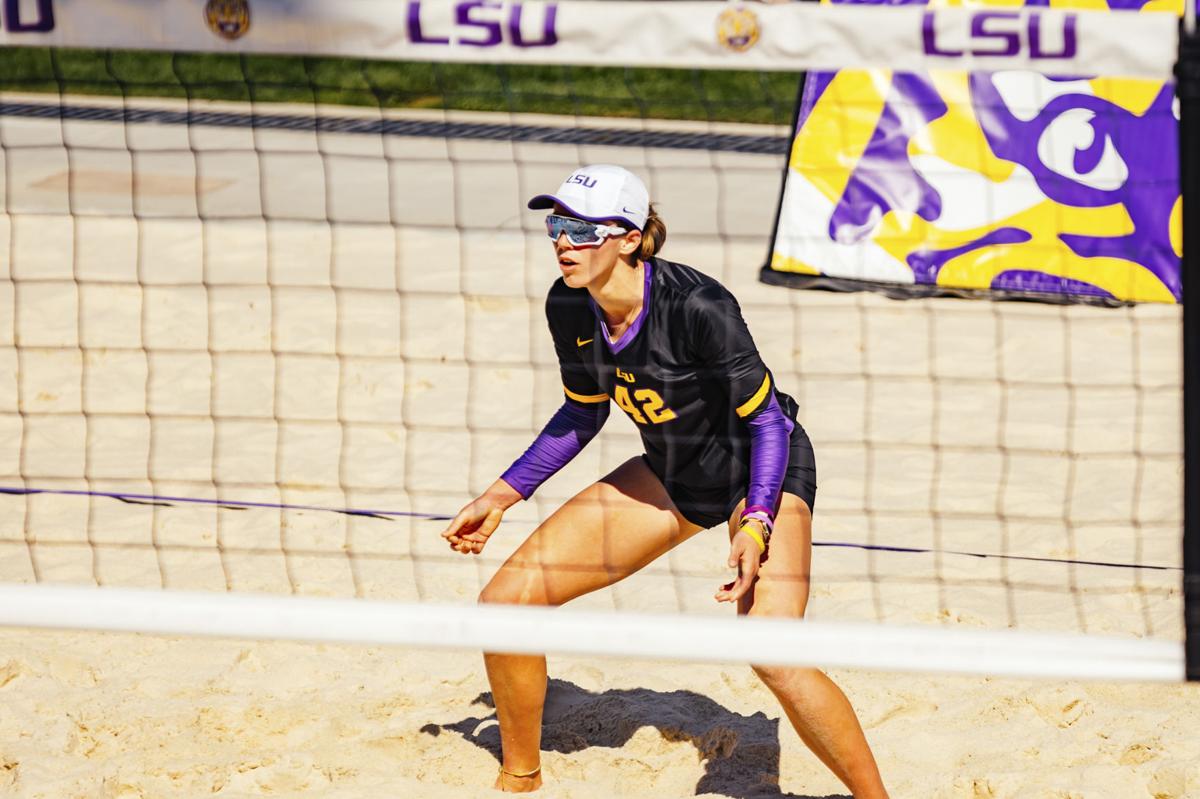 LSU beach volleyball senior Toni Rodriguez (42) prepares to hit the ball during the Purple vs. Gold scrimmage on Saturday, Feb. 15, 2020 at the Beach Volleyball Complex.

LSU senior Kristen Nuss (13) prepares to strike the ball during the Purple vs. Gold scrimmage on Saturday, Feb. 15, 2020 at the Beach Volleyball Complex.

LSU beach volleyball senior Toni Rodriguez (42) prepares to hit the ball during the Purple vs. Gold scrimmage on Saturday, Feb. 15, 2020 at the Beach Volleyball Complex.

BATON ROUGE, La., May 1, 2020 — The 2020 season for the LSU beach volleyball team was supposed to be one that rewrote the history books for the sport of beach volleyball. The sandy Tigers started their 2020 campaign by shocking the beach volleyball world and claiming the Duke Kahanamoku championship in Hawaii. This would be the catalyst that ignited the 13-0 run the Tigers would go on in their short season.

With the target officially on the back of the Tigers after defeating the No. 1 UCLA Bruins for the second time, they were unaware of the threat that was heading their way.

While the Tigers were flying high, the world was preparing for one of its biggest battles yet. The spread of COVID-19 was making its way to U.S. soil. It was clear that it had affected countries overseas, but the thought of it affecting the Tigers' magnificent season never came to mind.

On March 12, the NCAA made the official decision to cancel all spring sports for the safety of the athletes. Due to the virus’ ability to spread so easily, it was evident that the only safe option was to shut everything down, including LSU’s dream season.

Senior Kristen Nuss who was born bleeding purple and gold couldn’t believe what was happening.

“I was shocked, heartbroken and in disbelief. It felt like my childhood dream had been ripped away from me,” Nuss said.

Toni Rodriquez, who has been playing for LSU for six years due to injuries and redshirts, also couldn’t believe her time at LSU was going to come to an end in such an abrupt way. However, due to her many years in school, she has found a silver lining in it all.

“I wasn’t supposed to have a sixth year and to get to spend the little time I had with such amazing people, it was worth it,” Rodriguez said.

Fifth-year transfer Taryn Kloth had always been a big planner in her life. She had envisioned herself playing her one year at LSU and then following her lifelong dream of pursuing a professional career overseas in indoor volleyball. However, as the world changed, so did her dreams.

Kloth couldn’t see herself leaving this team with so much unfinished business.

“I plan to come back and play a sixth year at LSU. It was a very long and hard decision, but I could not leave the family that I have created at LSU. This place is too special to leave behind,” Kloth said.

All three leaders for the LSU beach volleyball team plan to come back and lead their team to an NCAA title. However, with so much uncertainty, the Tigers have stayed sidelined, but they have not stopped working for their dreams.

Nuss explained that having another opportunity at a championship is what motivates the team. “It’s what drives us,” Nuss said.

While the Tigers will always be left wondering what could have happened in Gulf Shores, Alabama, on May 3, one thing is for sure. This team is ready to fight for the title and write their name in the history books as the first NCAA beach volleyball champions from the East.