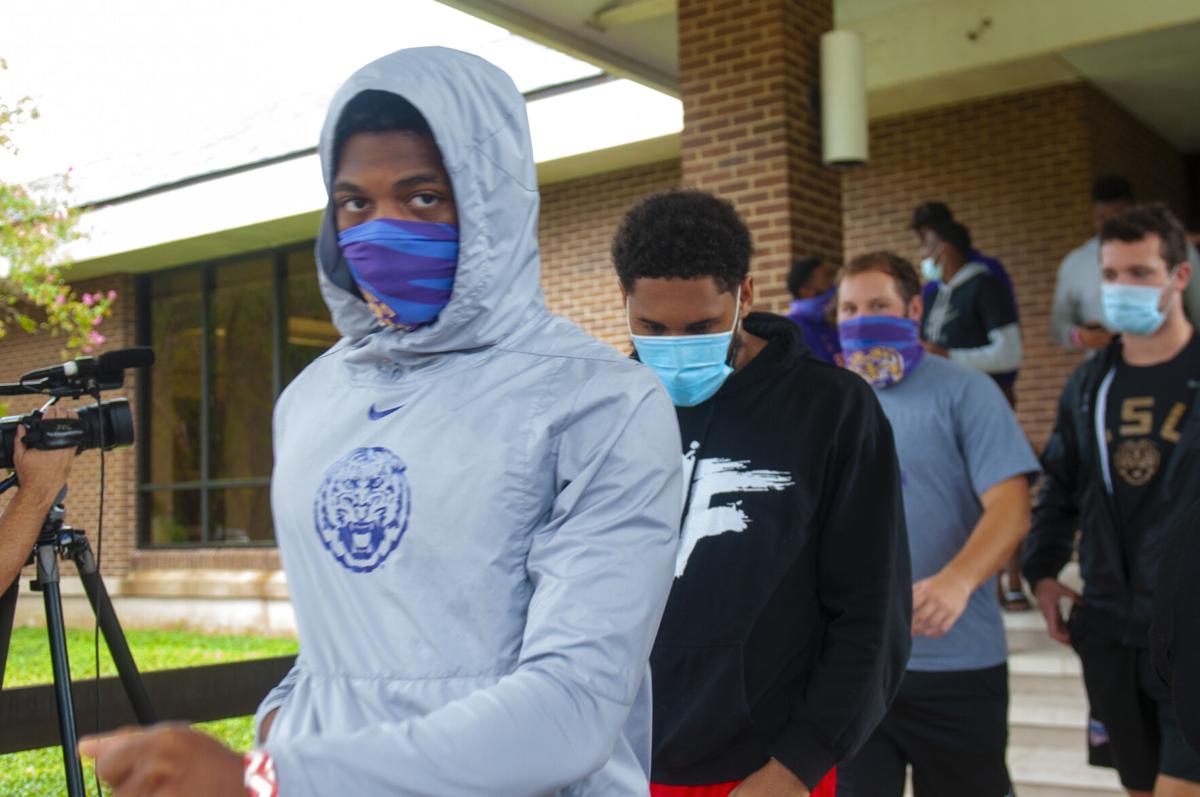 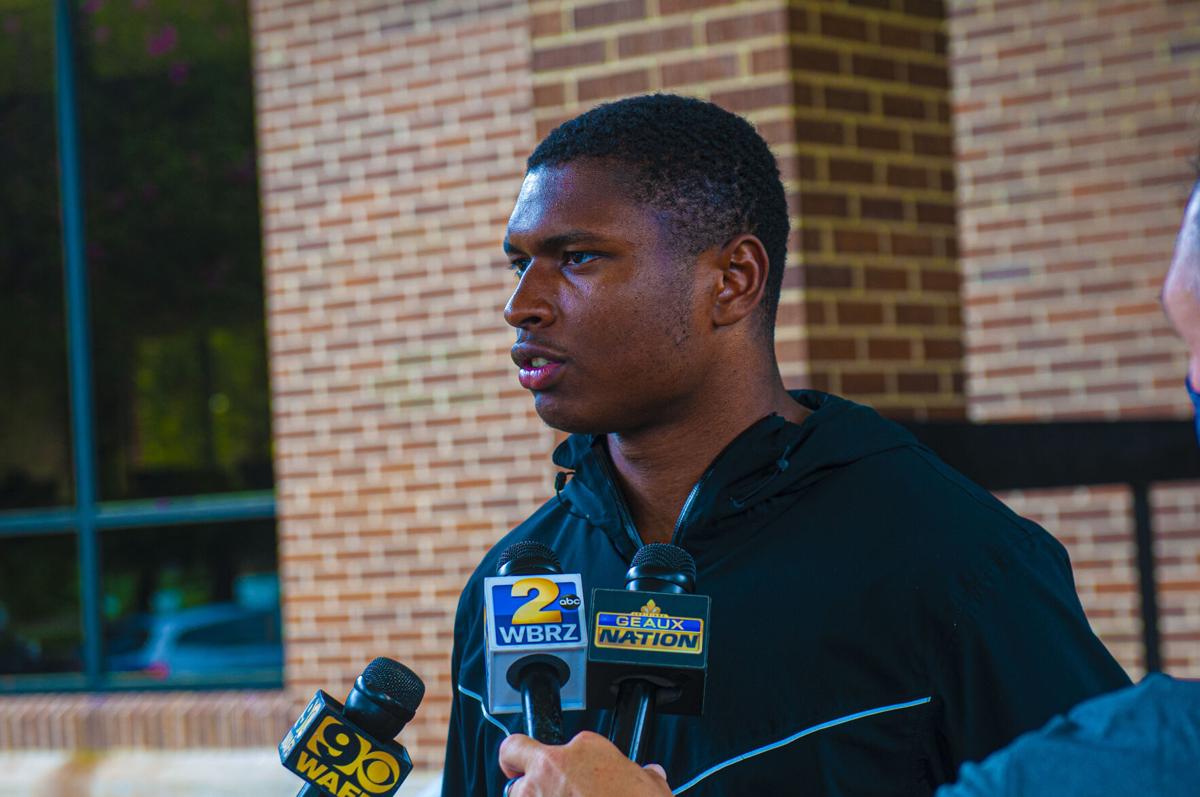 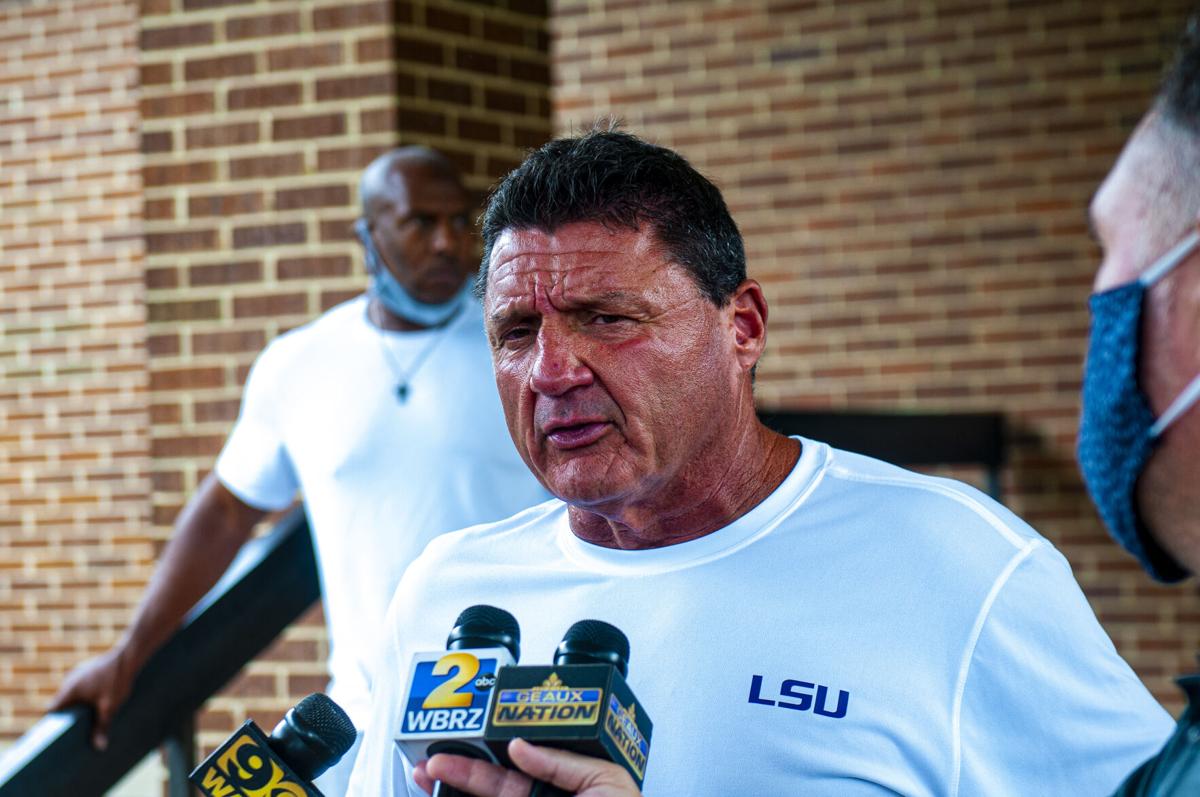 LSU Football players did not attend practice on Friday and instead marched across campus to show support for nationwide movements to end racial inequalities, in wake of the police shooting of Jacob Blake in Kenosha, Wisconsin.

The players marched from Tiger Stadium to Interim President Tom Galligan's office, where they spoke with the university president outside before moving indoors. Head Coach Ed Orgeron and Athletic Director Scott Woodward arrived to the meeting later, and Orgeron spoke with the team for at least an hour.

#LSU football players have marched from the stadium to the president's office in light of Jacob Blake's shooting. They are now inside the building speaking with Scott Woodward and Ed Orgeron. pic.twitter.com/blyGu035KC

Star safety JaCoby Stevens said after the meeting that the players came together as a team around noon, decided not to practice and arrived at Death Valley by 1 p.m. Stevens and linebacker Andre Anthony led the march.

"I hope it just encourages people to bring up a conversation," Stevens said, "just to talk about it...We had the head coach, the AD and the president of the school here, so I think in our social world here at LSU and in Baton Rouge, I think we did a really good job."

In this time of great uncertainty, leadership has never been more valuable. The LSU football team has many leaders on both sides of the ball, …

Orgeron said that the march surprised him.

"I understand their feelings," he said. "We're like family. There's a lot of hurt going on. I want to let them know that I fully support their decision."

"It wasn't a question if Coach O was going to listen," Stevens said. "He always does."

"I need to know more about them," Orgeron said. "I don't go through the same things they go through. I don't have the same feelings that they have. They face different things that I heard about today that I never knew before, so I obviously I want to hear them out. I want to be there for them, and I want to support them 110%."

A Kenosha police officer shot Blake, a 29-year-old Black father, seven times in the back, leaving him paralyzed from the waist down. The officers were responding to a domestic incident Sunday evening. When police arrived, they tried to subdue Blake with a taser before an officer fired seven shots into his back, Wisconsin state investigators say. The officer who shot Blake, Rusten Sheskey, was placed on administrative leave, and an investigation into the shooting went to the Wisconsin Department of Justice. A civil rights probe was also launched.

Protests ensued in Kenosha nightly following the shooting. On Tuesday night, 17-year-old Kyle Rittenhouse shot and killed two protesters and wounded a third. He is facing charges of homicide and felony charges of attempted homicide.

The Milwaukee Bucks announced a strike of their playoff game on Wednesday night, forcing the NBA to postpone the playoffs. Many teams and leagues across sports followed suit, choosing not to practice or play games in protest. Stevens said the actions of athletes across the country inspired the march. Previous generations of his family fought for civil rights, Stevens said, so he felt that he had no choice but to protest.

"I really don't have a choice because of the color of my skin," he said, "but I just have so many great people in my family who really fought for civil rights, and I feel like I need to take on that burden."

"I think we really needed this," Stevens said.

Long after all his teammates had filed out the University Administration building, JaCoby Stevens stood outside on the steps, fielding questio…

A group of students gathered Saturday at the Parade Grounds to march in support of the Black Lives Matter movement.