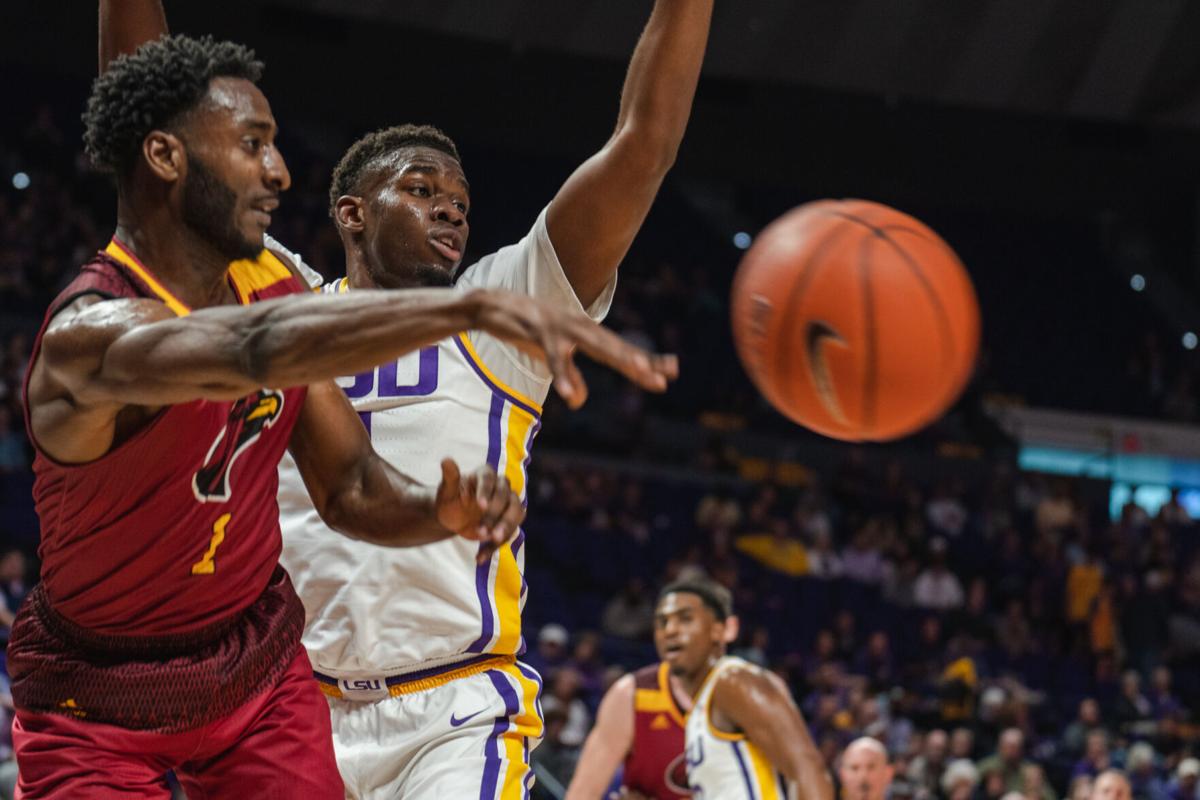 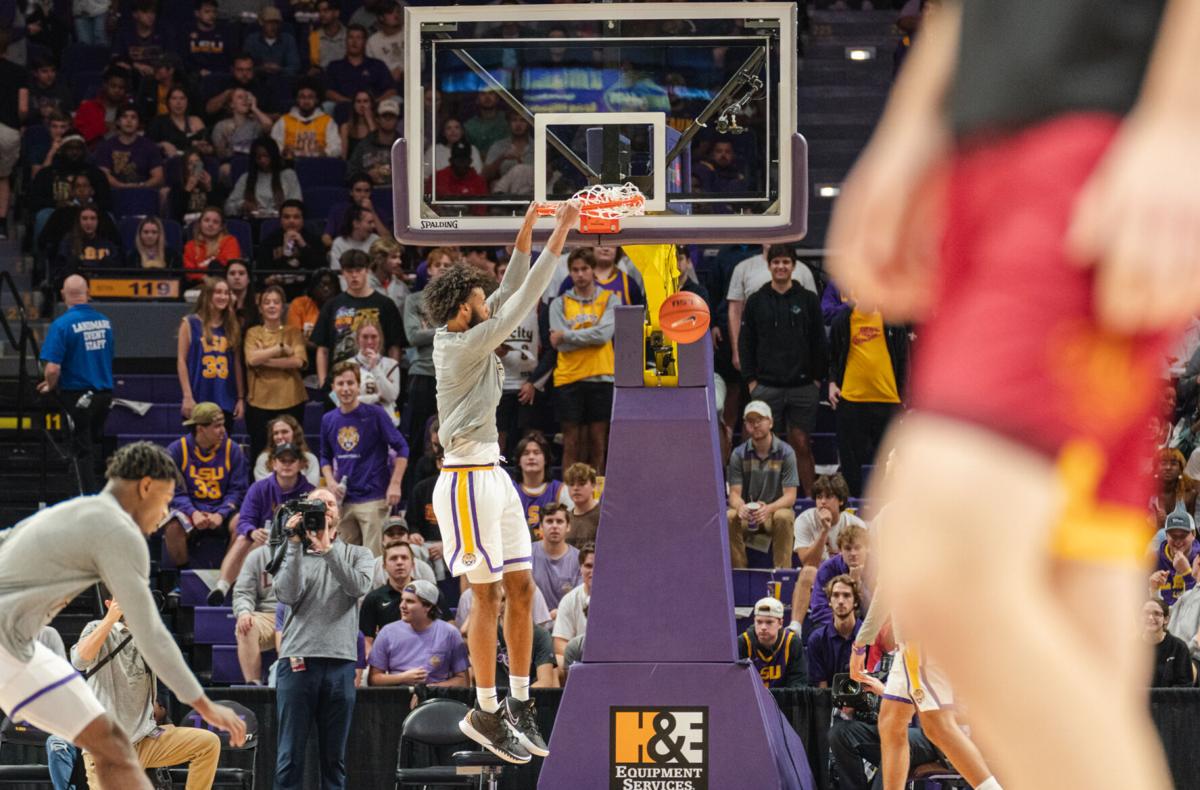 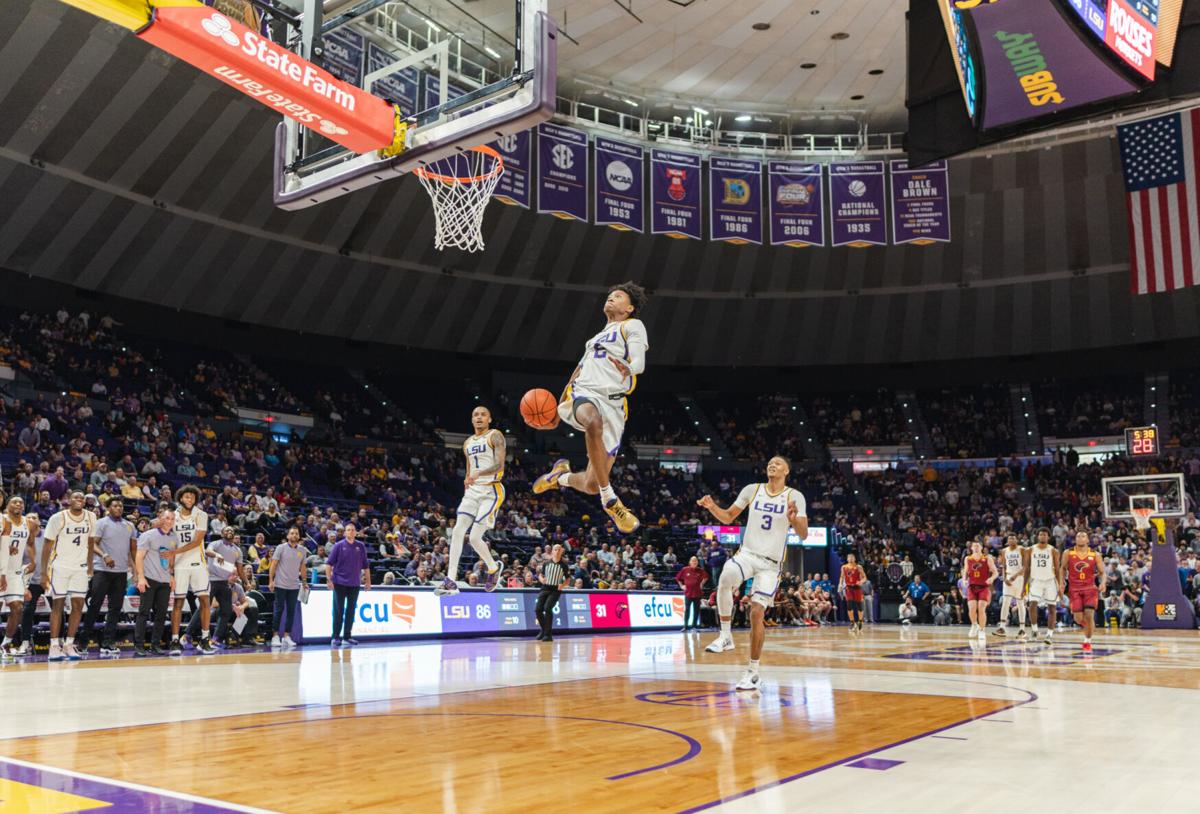 “A total team effort,” is how Head Coach Will Wade described LSU’s 101-39 drubbing of Louisiana-Monroe.

The Tigers were dominant from wire-to-wire and answered many of the questions asked of them going into the season. With that said, here are the five biggest takeaways from the game.

They weren’t lying about the defense

One of the biggest points of emphasis that Wade and multiple players preached leading up to the start of the season was how much the team improved defensively.

This certainly proved true against Louisiana-Monroe as the Tigers held the Warhawks to just 39 points, the lowest total LSU has allowed under Wade. Players were swarming and making plays all over the court, forcing 25 turnovers and scoring 38 points off of those turnovers. Mwani Wilkinson led the way for the Tigers on defense with six steals, and was the overall leader of the team on that end of the floor.

“Mwani sets the tone on defense,” Wade said. “He’s like a coach on the floor.”

This was a major point of emphasis during the offseason after struggling on defense for much of last season. The Tigers were also impressive on the glass: They out-rebounded Louisiana-Monroe 47-26 and held them to only seven offensive rebounds. Tari Eason led the way in that department with 10 boards, finishing the game with a double-double.

The clocks have switched back, the weather is cooling down, and it is officially college bas…

Darius Days is that guy

It was well known coming into the season that Days was LSU’s most proven returner, and the leader of the team, but 30 points later, he looked like an early contender for SEC Player of the Year.

Days set a new career-high with 30 points and shot a remarkable 8-9 from beyond the arc. The most impressive part of Days’ game wasn’t just the amount of points he scored, but how he was scoring. Days has always been a great catch-and-shoot player, but in this game, he hit multiple threes off the dribble and had success driving to the basket while still hitting multiple catch-and-shoot three pointers.

“Coach just said let it fly,” Days said. “Guys had confidence in me to make those shots, so I made them tonight.”

Seeing Days evolve into more of an all-around scorer is promising for this LSU team. Having a player like him who can stretch the floor while also getting to the basket and being physical in the paint is a huge plus for any team.

Efton Reid is as good as advertised

Coming into the season there was a lot of hype surrounding freshman center Efton Reid, and for good reason.

Reid came to LSU as a five-star prospect and was a standout high school player at IMG Academy. Wade talked before the season about how skilled of an offensive big Reid is, and that was on display against Louisiana-Monroe. Reid finished with 16 points on 7-10 shooting and was a matchup nightmare when guarded one-on-one in the post. There didn’t seem to be any first-game jitters for Reid either on the court, which is something he credited to his teammates.

“It was pretty good to be honest,” Reid said. “I just trusted my teammates to find me, and I trust my teammates every time I step on the court, so I’m just blessed to be out here.”

Reid’s ability to score in the post helped open up the offense for LSU and will continue to be key for Tigers on offense as the season continues.

The offense feels smoother and more like a unit

One of the biggest things that was immediately noticeable from the Tigers on offense was the flow and cohesiveness of the unit.

The team ran a lot more sets and moved the ball a lot compared to the iso ball that was seen for long stretches last season. This has a lot to do with the personnel of this year’s team, as it allows for LSU to play more together and share the ball more. A big part of this is having two talented true point guards in Xavier Pinson and Eric Gaines. Both players had seven assists each to help lead the Tigers’ offense that looked much smoother than it did at times last season.

“We have to move the ball more,” Wade said. “We ran a lot more sets than we did last year, we just have to be more efficient with what we’re doing.

The offense definitely looked efficient in this game, and that efficiency will be something that LSU will need to get consistently as the season goes on.

The PMAC is back

Looking past what happened on the court, the biggest difference between this game and any point last season was the energy in the building created by the fans.

Coming off a year where LSU played all of its games in front of very limited crowds, it felt refreshing to have fans back in the building creating a great atmosphere. This atmosphere came mainly from the student section, which showed out in full force for the season opener. Over 2,000 students were in attendance, which created an atmosphere that was badly missed last year. With LSU being as dominant as it was, it can only be believed that the crowds will continue to grow, and the arena will be rocking like it was before COVID-19.

It was a slow start for LSU men's basketball against Texas State, but a dominant second half propelled the Tigers to a comfortable 84-59 victory.

Showers and thundershowers during the evening will give way to steady rain overnight. Low 49F. Winds SW at 5 to 10 mph. Chance of rain 90%.

A few clouds from time to time. Low 33F. Winds light and variable.