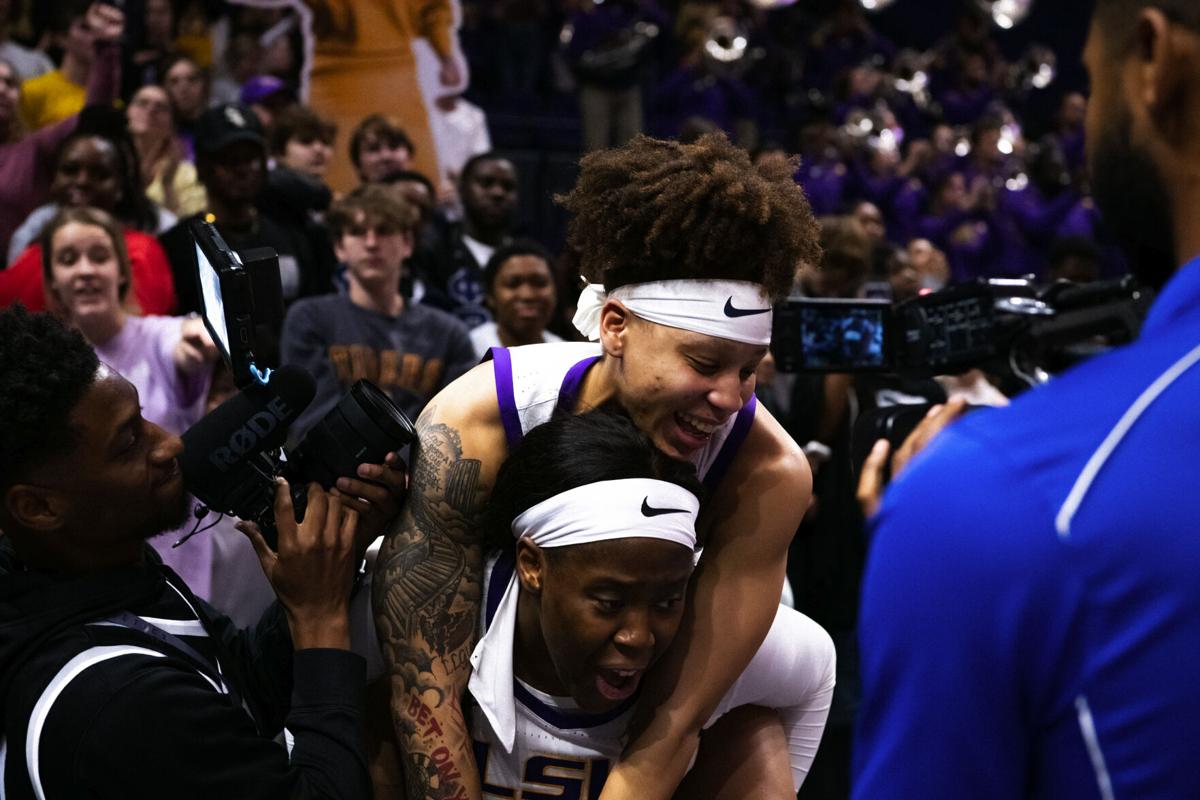 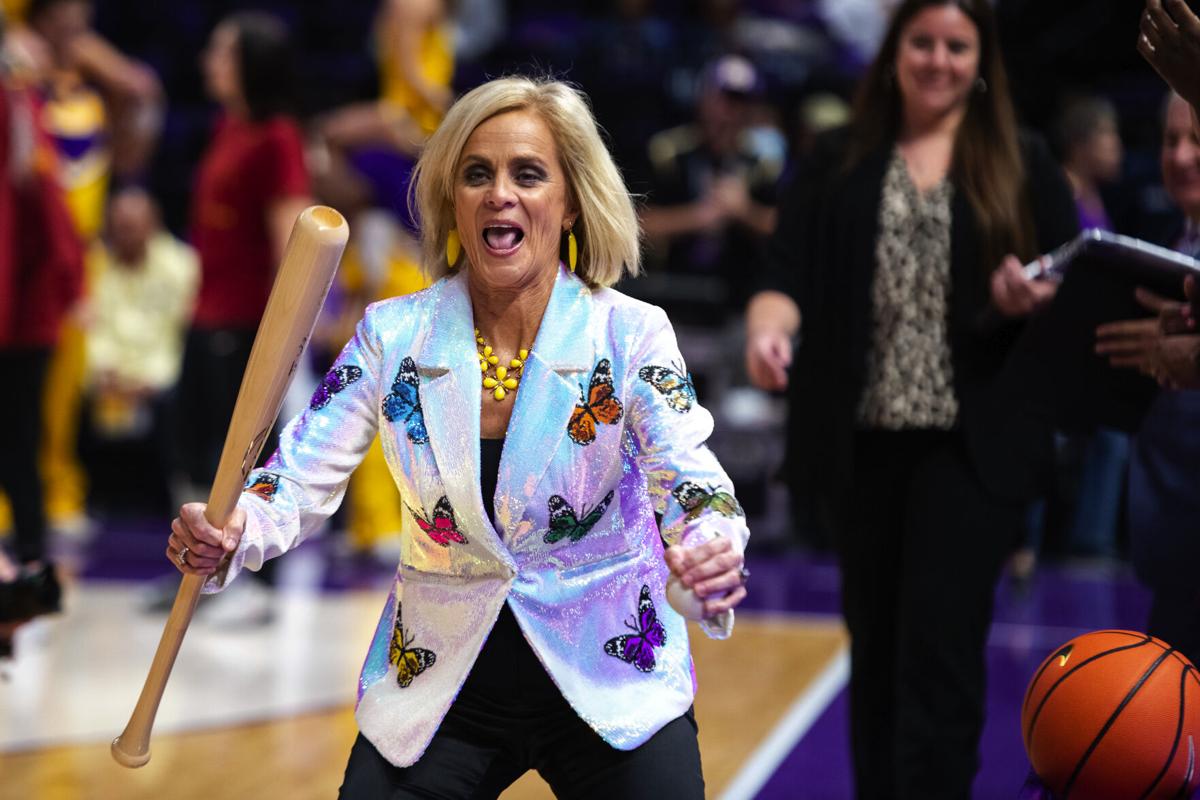 The Pete Maravich Assembly Center was a very fun place to be during this game LSU women's basketball's upset of No. 14 Iowa State.

“I see the boys do that a lot after their games," Pointer said. "So to go over there with them and high five them, even seeing them lined up outside before the game, those things are really exciting. We feed off of them. It was definitely a different energy in the PMAC.”

Fun was a big theme of the night. It started off before the game, actually, when Kim Mulkey came out in an extravagant jacket with butterflies and sparkles. A jacket that would later get ripped mid game at the shoulder and then be doused with water in celebration of the victory.

“When they came up with the idea [of dousing their coach with water] I was like, 'Are you sure you want to mess up that jacket?' I was nervous,” said guard Alexis Morris after the game with a laugh.

Mulkey was quick to let her and everyone else know that it was more than worth it. Khalya Pointer joked that we’ll never see it again anyway because Mulkey doesn’t wear the same outfit twice.

The jacket wasn’t the only thing about Mulkey that stood out last night. ESPN had a camera solely on her for a portion of the broadcast, and people pointed out how fun it was to just sit back and watch Mulkey on the sidelines. She is a bombastic presence in the PMAC. Yelling, jumping, screaming, pumping her fists.

I could hear most of what she was saying at points from all the way up in the press box. It’s hard to not get excited about the game when you’re watching that. I even asked the players what it was like to look over and see their coach giving that energy.

“She gives us energy, and I think it’s vice versa. We feed off her and she feeds off us. It’s a great feeling,” Morris said.

A team effort would be the best words to describe LSU’s dominant 75-58 win over Tulane.

“Yeah I love it," Khalya Pointer added. "In the course of a game you kind of just look over there and see coach pumping her fists. I know y’all see her pump her fists all the time, getting the crowd up. We love that, it pushes us to another gear.”

The two players available at the press conference afterwards were huge parts of the victory. Alexis Morris was 5-7 from three point range, in a crucial performance against a team that is full of very good shooters. A major factor in the loss against Florida Gulf Coast and their three point barrage was that LSU had no one step up and make some threes of their own.

Thursday, the Tigers were 7-10 as a team from deep. Morris also played all 40 minutes along with Pointer. Pointer was instrumental, as she accounted for 20 points, seven assists, and six rebounds. Maybe the craziest part of her night was that she had zero turnovers in 40 minutes of play.

Mulkey was complimentary of the team’s quick hands on the perimeter: The team had 10 steals. Five of those came directly from Ryann Payne. Payne had an extended role due to what was feared to be a major injury of Jailin Cherry. Cherry went down hard after a layup attempt and was on the floor for a couple minutes before having to be helped off. Luckily, and much to the surprise of many, Mulkey shared the news after the game that Cherry was actually perfectly fine and even eligible to go back into the game if need be.

It was a crazy night in the PMAC, and hopefully one that the women’s team can build on and start to find their identity with as they start to get ready for conference play at the end of the month.

“This is another one of those little milestones that help us rebuild the program,” Mulkey said.