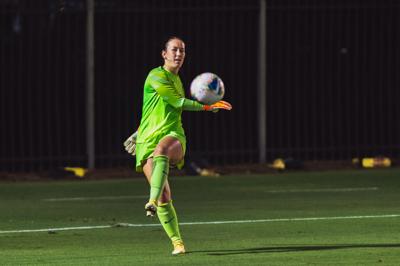 Alexander helped the team overcome South Alabama in a 2-1 win on Sunday. The England native scored in the 53rd minute from an assist to even the score. Alexander made the game-winning shot in the 68th minute from a penalty kick, marking her seventh goal of the season.

Sophomore Swift only allowed one goal in 200 minutes of play last week. She made a total of seven saves in the Auburn match and earned her second solo shutout of the season. She also made four impressive saves in Sunday’s match against South Alabama.