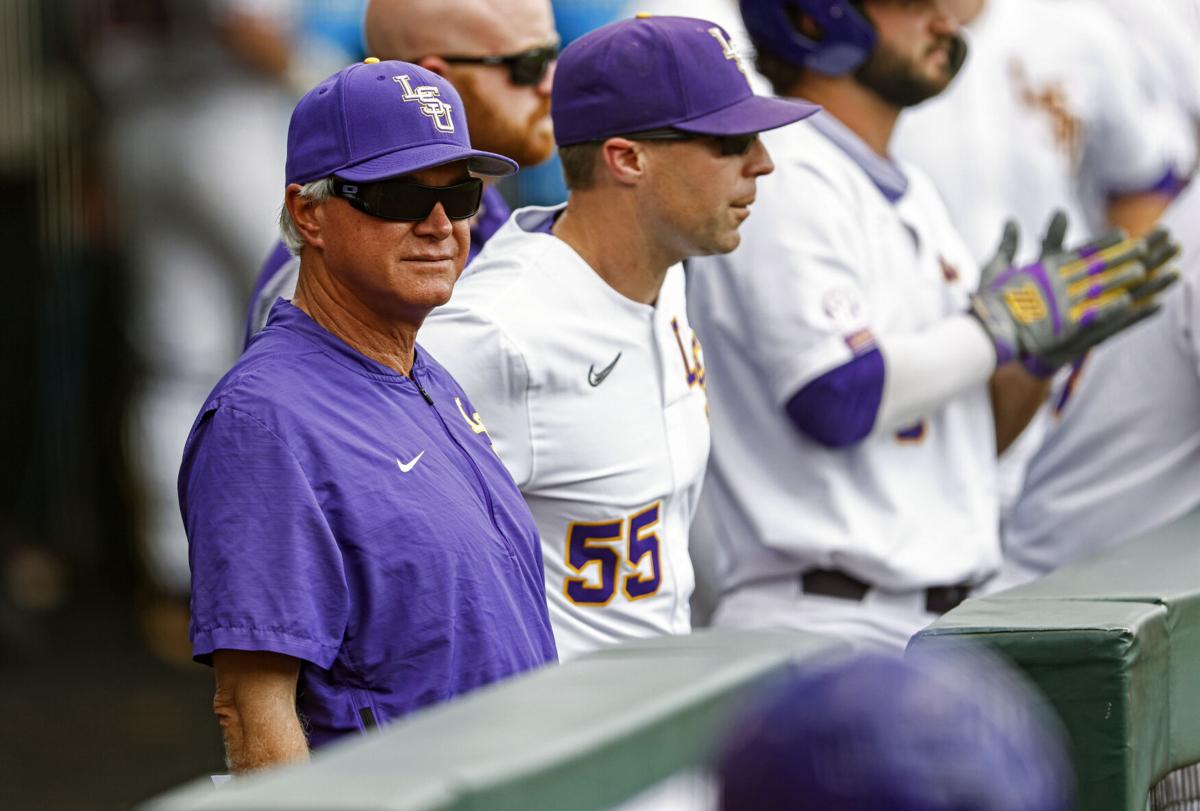 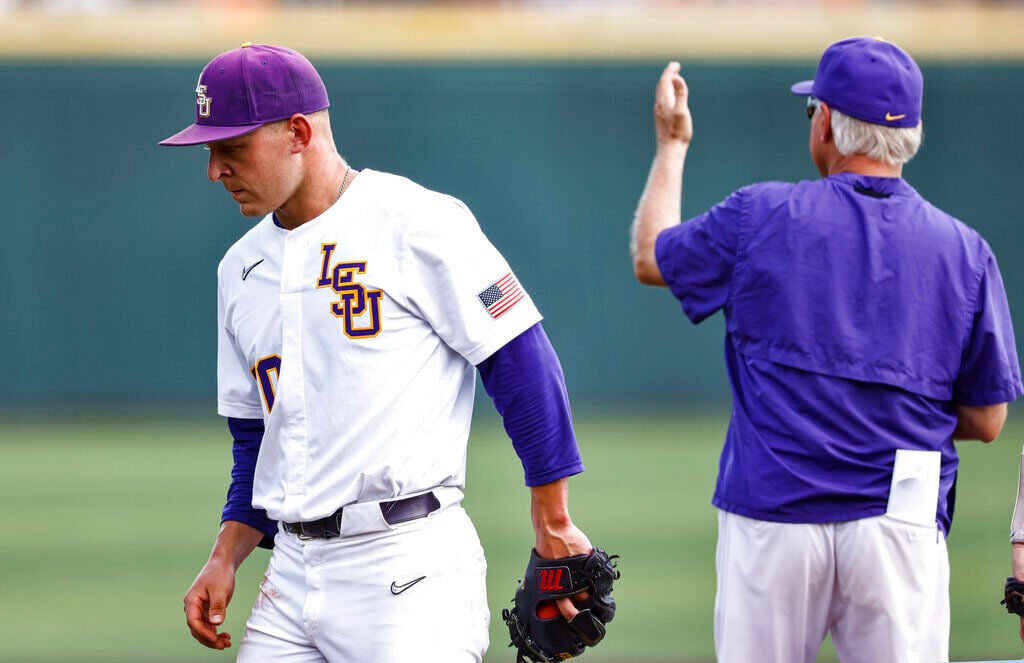 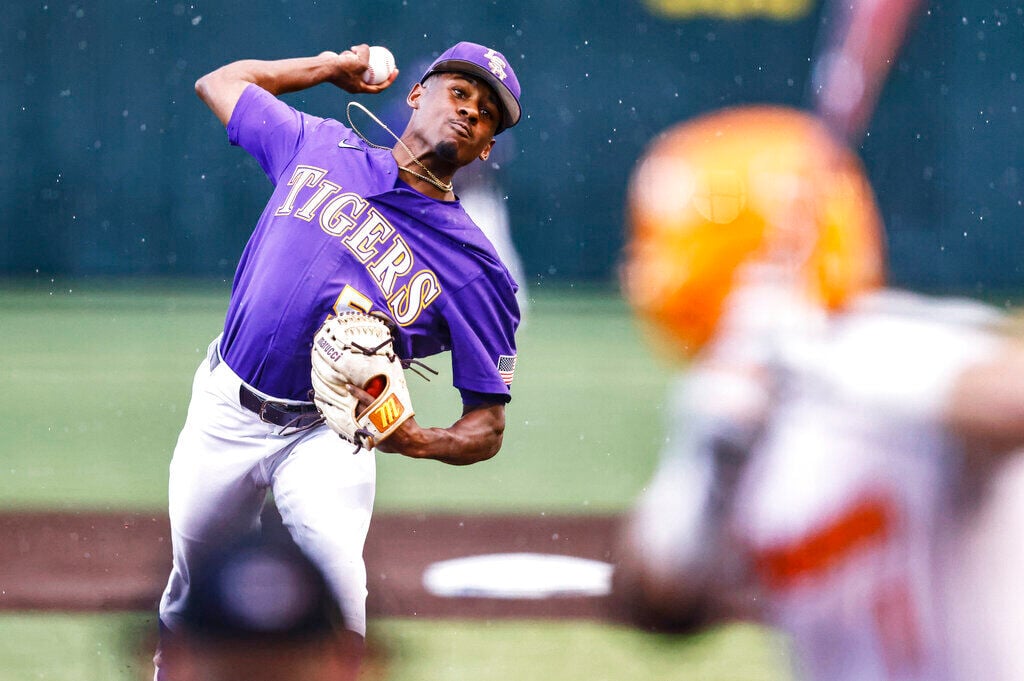 This weekend, LSU baseball ended their season with two heartbreaking losses in the NCAA Super Regional in Knoxville, Tennessee.

No. 14 LSU faced No. 2 Tennessee in a two-game contest on Saturday and Sunday at the Lindsey Nelson Stadium. The Tigers finished their year with a 38-25 record, wrapping up Head Coach Paul Maineiri’s final coaching season.

"I don't want people to be sad for me, I'm the luckiest guy in the world. Thirty-nine years of being able to live out a childhood dream of being a college baseball coach,” Mainieri said. “I gotta do what I wanted to do with my life, who could ask for more?"

LSU returned to the field on Sunday at 2 p.m. CT for one more shot to make it to the College World Series.

Despite the strong effort from LSU’s batting lineup, the team wasn’t able to overcome Tennessee’s offense. The Tigers were devastated in a 15-6 loss that ended their season for good.

LSU brought in ace pitcher Landon Marceaux to start on the mound while the Volunteers chose freshman Blake Tidwell for a change.

Marceaux struggled early on, unable to deliver sliders like he normally does. He allowed two runs straight out the first inning. Jake Rucker fired a two-run homer after an error by Jordan Thompson at shortstop.

Tennessee’s Rucker came back to bat at the top of the third with another homer out to right field to extend the Volunteers’ lead.

LSU refused to go down without a fight, however. Dylan Crews kept Rucker’s pace by sending a missile flying out the park over center field in the first and adding another homer in the third.

Freshman Garrett Edwards relieved Marceaux in the fourth, marking the ace’s shortest pitching frame of the season. Edwards allowed a single ,followed by a homer from Pavolony before he exited the game due to an injury. The Tigers’ hope for a comeback seemed to fade in the fifth inning when the Volunteers launched three homers to garner six runs under pitcher Will Helmers.

LSU pushed on, putting four runs on the board within the sixth and seventh innings thanks to homers by freshmen Tre' Morgan and Brody Drost. Tennessee was unable to fire any off against AJ Labas on the pitch.

However, the Vols permanently silenced LSU’s hope with double runs in the eighth and ninth innings as the Tigers finished scoreless at the bottom of both innings.

"Our kids battled like crazy all year," Mainieri said. "We were counted out a lot of times during the course of this year, and our guys never gave up. They're a resilient bunch, and I love them. I'll always remember them, they're my last team.”

Mainieri wiped the tears off his face as he stood in the dugout, taking in the last moments of his time as LSU’s baseball head coach.

The Tigers were ultimately defeated 4-2 in Game 1 after a rough sixth inning at the Lindsey Nelson Stadium.

After trailing the Tigers for five innings, the Volunteers answered in the bottom of the sixth with three runs to erase the 2-1 deficit. The first game of the series moved LSU to 38-24 on the year while improving Tennessee’s record 49-16.

"It was a great ball game," commented LSU head coach Paul Mainieri. "Dallas threw an awful lot of sliders, and we just didn't have an answer for them. We just had a tough time making contact against him."

LSU’s lack of offense tonight could be blamed on the performance by one of Tennessee’s leading pitchers: Chad Dallas. The junior limited the purple and gold to a mere five hits with no walks in the first six innings. Dallas also notched a career-high 12 strikeouts in the game, putting his pitching record at 11-1. He managed to strike out all but two of the Tigers, including LSU’s top batters Tre’ Morgan and Gavin Dugas, who went 0 for 6.

As for LSU’s performance on the mound, senior Ma’Khail Hilliard gave the Tigers a stellar five innings with 76 pitches, only allowing one run on three hits with zero walks and a total of six strikeouts. He was later relieved by freshman pitcher Javen Coleman (3-2) who was charged with the loss after giving up three runs in a single inning.

"Ma'Khail and Javen were both terrific tonight," Mainieri said. "There was that one crazy inning where there was only one hard-hit ball but Tennessee was able to scratch across three runs."

The Tigers finally made it on the board once rain began to sweep over the stadium. Louisiana native Cade Doughty came into the top of the second with a rip over the right field wall, making the solo homer the only earned run of the game. After Doughty’s 13th dinger of the season, a lightning storm emerged and delayed the game for fifty minutes.

The Volunteers tied the game in the third inning after sophomore Jordan Beck doubled and capitalized on the following two hitters’ grounders. It wasn’t until the fifth inning when LSU was able to regain its lead. Centerfielder Drew Bianco advanced from first after junior Cade Beloso was hit by a pitch. Bianco then managed to steal third and proceed home after Tennessee catcher Connor Pavolony overthrew to third.

The game fell into an uncontrollable spiral in the following inning. Mainieri made his first pitching change of the game by replacing Hilliard with left-hander Javen Coleman, who stopped Oregon dead in its tracks earlier last week with only one allowed run in six innings. The freshman also had not given up more than a single run since his outing against the Aggies in May.

As they headed into the bottom of the sixth, Mainieri wanted Coleman on the mound to face the top of Tennessee’s lineup, two being left-handed batters. The freshman pitcher delivered a clean strike-out followed by two strikes to begin the frame. LSU’s defense seemed to dismantle the moment Volunteer Jake Rucker hit a grounder down the left field line, putting runners on second and third.

A defensive error made by infielder Doughty allowed the Volunteers to get another run across the plate, bringing the game 2-2. Rucker gave Tennessee the lead in the next play with Beck following with a weak single to right field to push one more run across the plate. Pitcher Coleman delivered two scoreless innings following the sixth to finish with three allowed runs on three hits, three walks, and five strikeouts.

“Ma’Khail gave us five great innings, and Javen Coleman was the right guy for that situation,” Mainieri spoke. “Craziness happened in that inning.”

Tennessee brought in senior Sean Hunley to the mound for the last three innings. The right-hander closed out the game with three hits, no walks, and four strikeouts. The Tigers had hope in the ninth when two runners appeared on second and third, but Hunley delivered the third out on shortstop Jordan Thompson to finish the game.

"We had a chance there in the ninth," Mainieri said, "but we just couldn't get the hit to tie the ball game. A tough loss, but we just have to put it behind us..."