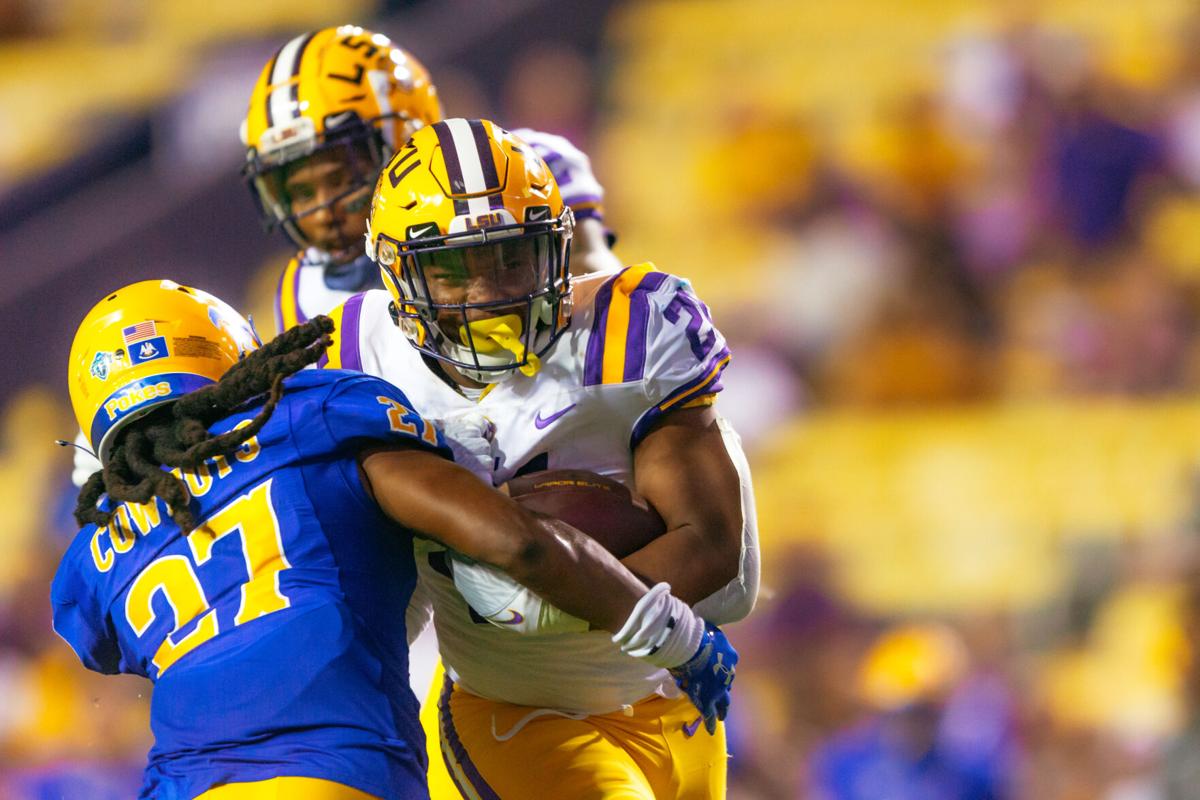 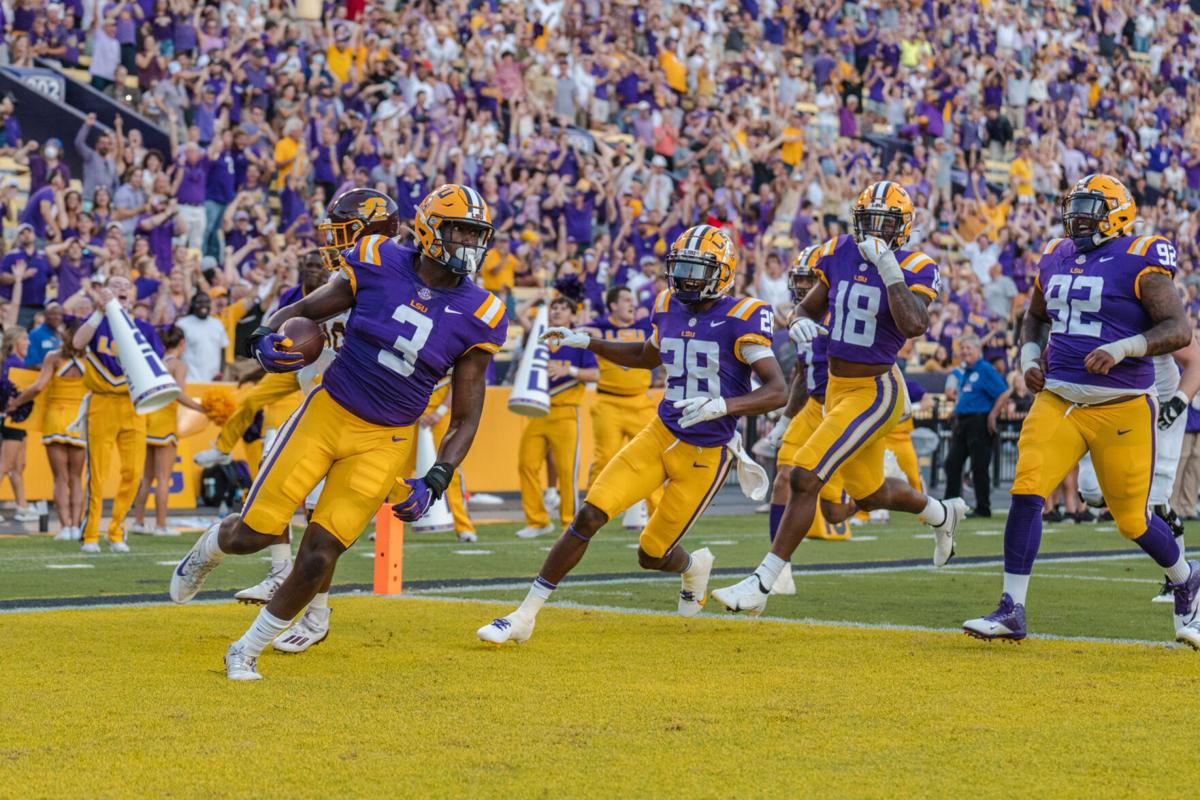 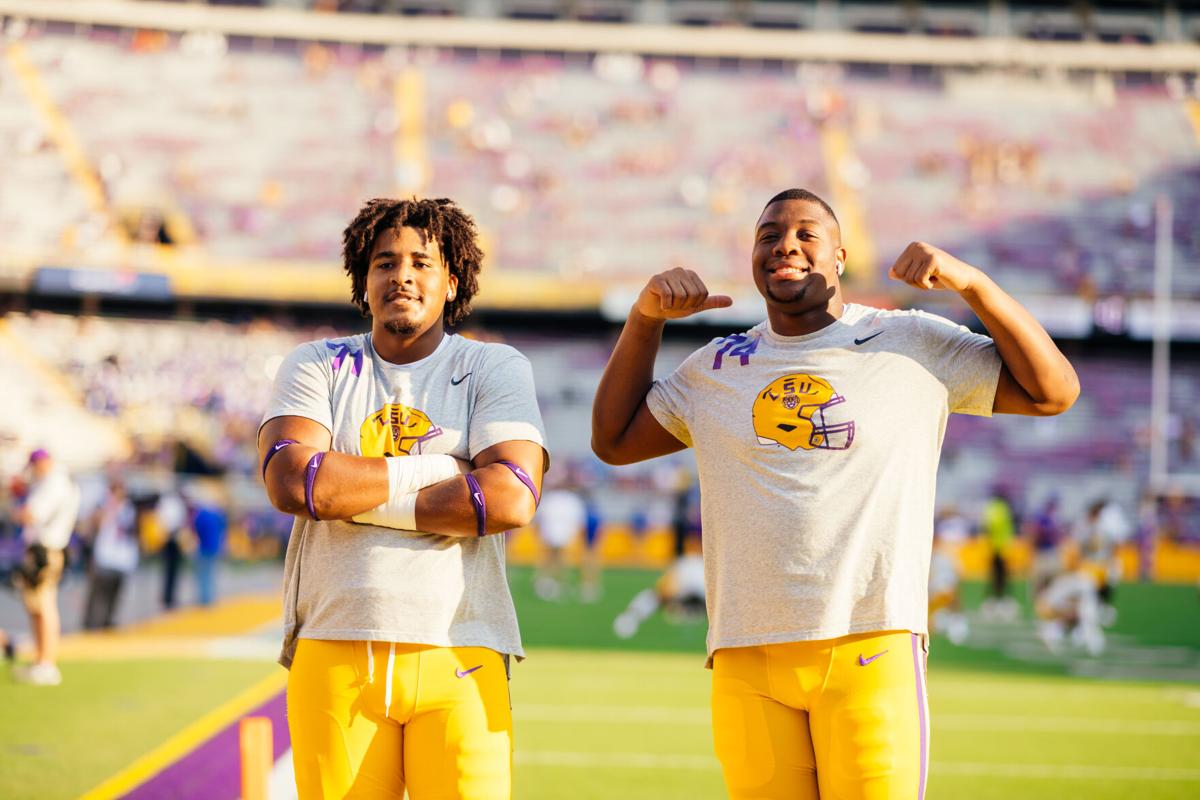 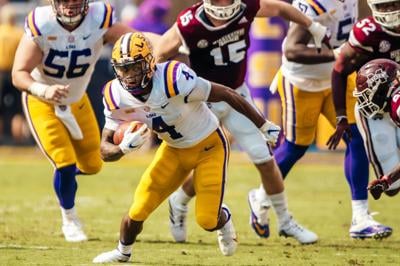 With the first SEC game on the horizon for LSU, there has been a lot of moving parts. Here’s the biggest headlines from the week:

The Running Back Room

Corey Kiner is quickly emerging as a staple running back going forward. He rushed for 74 yards on a team-high 12 carries in Saturday’s win over Central Michigan, including a five-yard touchdown dash created by a shifty spin move. Ed Orgeron was impressed with Kiner’s performance and wants to get him the ball more often.

Things Corey Kiner can do: A. Make you missB. Run you over Or, in this case, C: Both pic.twitter.com/WyiNc3cuVV

“Ty (Davis-Price) is still our starter, but we want to get the ball in our best players’ hands,” Orgeron said of Kiner Monday.

On the SEC teleconference call Wednesday morning, Orgeron also gave updates on injuries to Davis-Price and Armoni Goodwin. He expects both to be active for their game against Mississippi State. Davis-Price was absent from practice Tuesday but returned Wednesday. Goodwin was in a non-contact jersey both days.

John Emery Jr. is still in an ongoing legal battle to get reinstated with the team. Lawyer Don Jackson is presenting new evidence to the appeals committee working on Emery’s case, and if the committee reverses the decision, he could be back with the team as early as Thursday or Friday.

LSU RB John Emery Jr. ruled academically ineligible by the NCAA, despite their own policies

Orgeron says if his eligibility is reinstated, he will play immediately this weekend as the team has been keeping him in shape. Orgeron even stated that he had been taking some first team reps at practice.

“As soon as they tell us he’s cleared, he’s going to play,” Orgeron said Wednesday.

Orgeron announced what many feared at Monday’s press conference: senior defensive end Andre Anthony suffered a season-ending knee injury in Saturday. Orgeron noted Anthony would stay with the team and help mentor his teammates, but the loss is a massive one for the LSU defense.

Orgeron did note that to fill in depth behind a stellar BJ Ojulari, who was named SEC defensive lineman of the week, and a now healthy Ali Gaye, standout freshman Maason Smith would be making the move to the outside from his former interior defensive lineman position–opening up more playing time for him and his defensive tackle teammates Jaquelin Roy and Jacobian Guillory behind starters Neil Farrell and Joseph Evans.

The Search for a Left Tackle

LSU has been desperately looking for an answer at left tackle this season, after Dare Rosenthal left the program for a violation of team rules to go to SEC counterpart Kentucky. Cam Wire was assumed to be the starter as he was the only other tackle with SEC experience, but he has struggled with his play and some nagging injuries that caused him to miss games against McNeese State and Central Michigan. Xavier Hill was the starter in the games Wire has missed, but freshman Garrett Dellinger has gotten some frequent playing time at the position as well. Still, Orgeron wants to see a consistent performer there.

“Until we get guys practicing all week together, this is going to be an ongoing process,” Orgeron said.

Wire practiced Wednesday in a non-contact jersey and with a brace on his knee. With the meat of SEC play to come, it is a crucial position for the Tigers to get situated.

Saturday night in Baton Rouge, the Tigers handled business, putting up 49 against the Central Michigan Chippewas. The Tigers looked full of co…

Some clouds. A stray shower or thunderstorm is possible. Low 69F. Winds light and variable.

Some clouds. A stray shower or thunderstorm is possible. Low 69F. Winds light and variable.