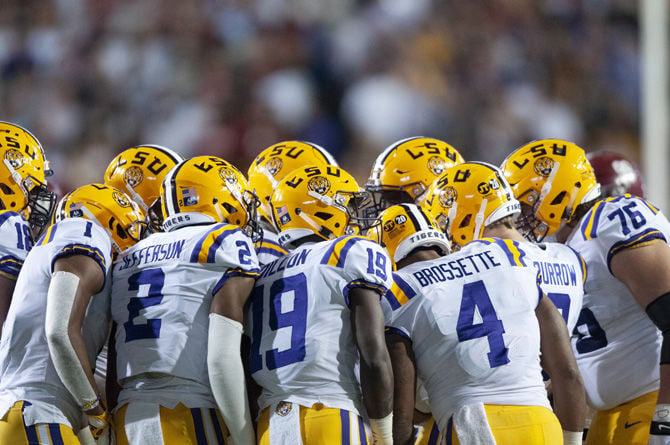 The offense huddles together during the Tigers’ 29-0 loss against Alabama on Saturday, Nov. 3, 2018, in Tiger Stadium. 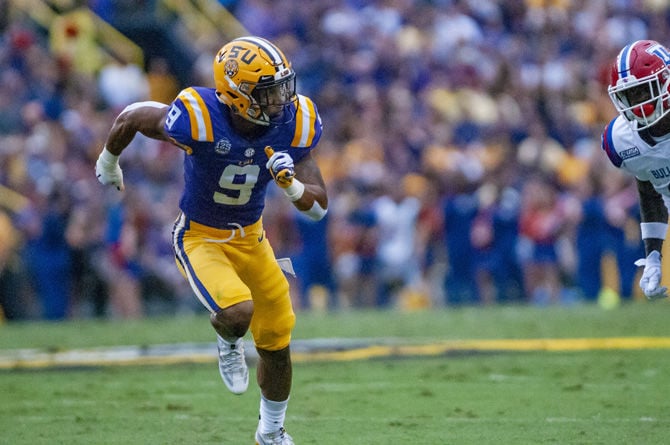 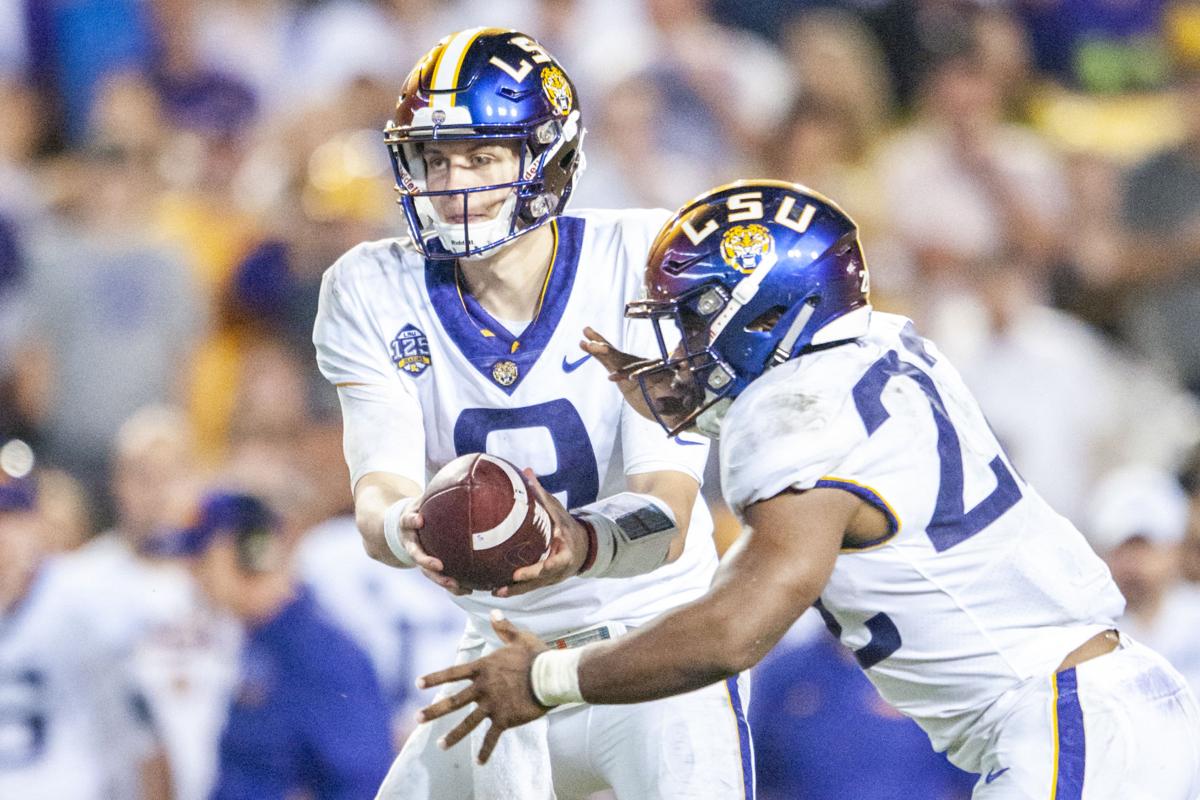 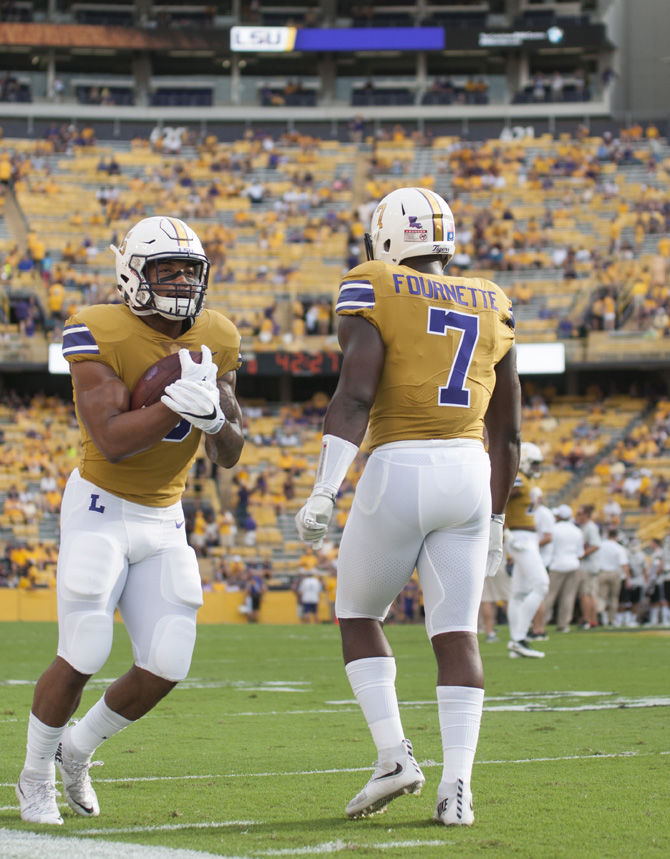 LSU junior running back Leonard Fournette (7) and sophomore running back Derrius Guice (5) prepare on Sept. 17, 2016 for that evening's game against Mississippi State at Tiger Stadium, where the Tigers would go on to win 23-20. 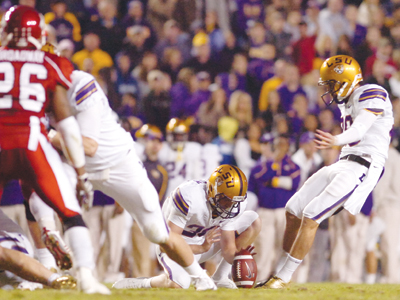 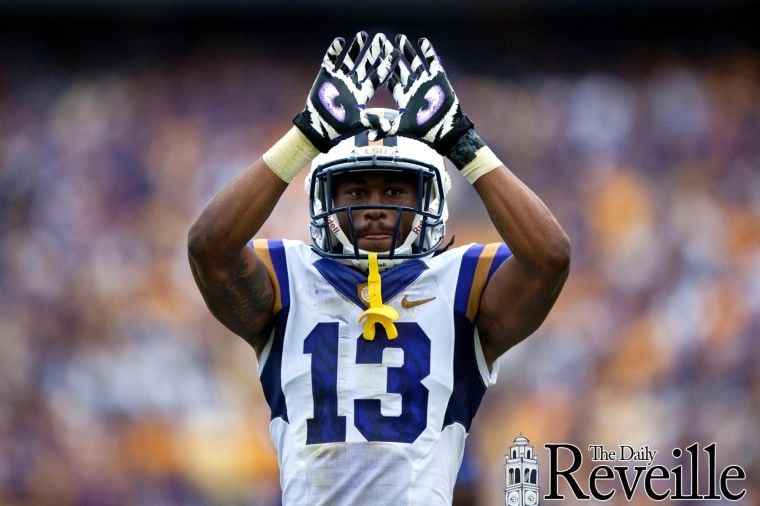 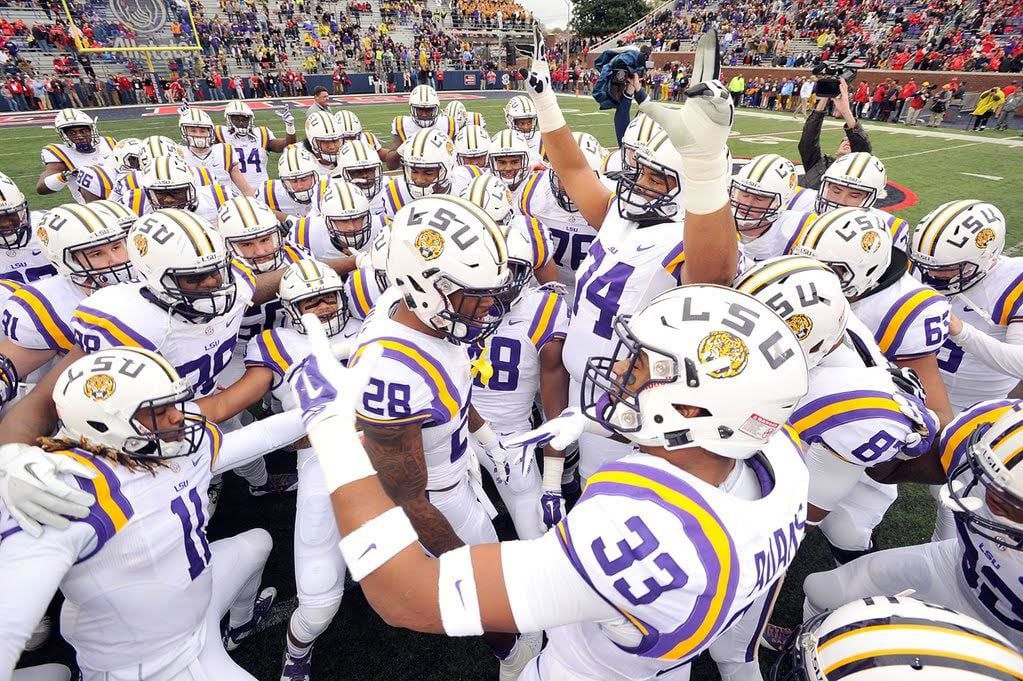 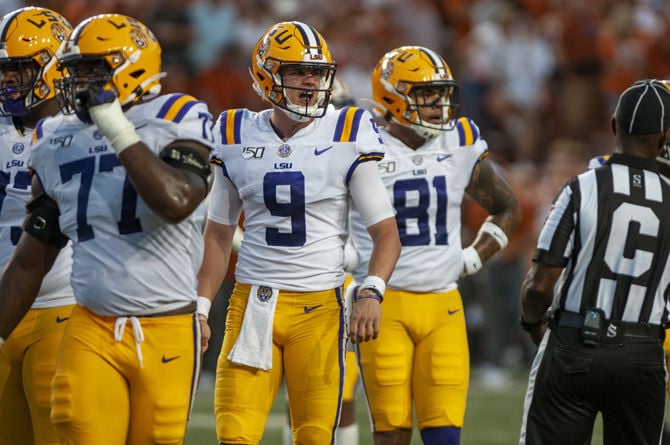 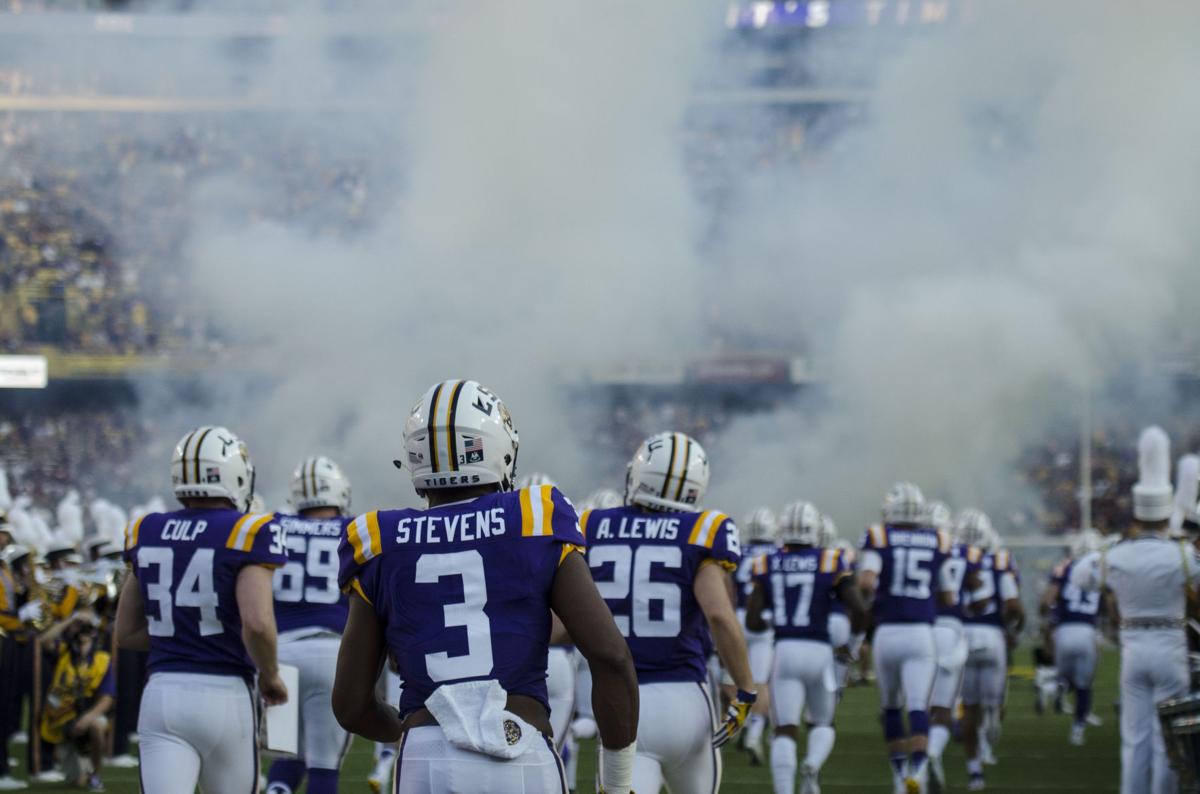 The football team enters the stadium during the Tigers' 24-21 loss against Troy in Tiger Stadium on Saturday, Sept. 30, 2017.

The offense huddles together during the Tigers’ 29-0 loss against Alabama on Saturday, Nov. 3, 2018, in Tiger Stadium.

LSU junior running back Leonard Fournette (7) and sophomore running back Derrius Guice (5) prepare on Sept. 17, 2016 for that evening's game against Mississippi State at Tiger Stadium, where the Tigers would go on to win 23-20.

Back With a New Look 😮 pic.twitter.com/RkFl8WR7ao

In 1995, Gerry DiNardo wanted to restore that tradition when he became head coach. The only issue was that the visiting team had to agree, which most did.

In recent seasons LSU doesn't wear the tradition jerseys for every home game, switching to the combination that they will wear against Northwestern, the purple jerseys/gold pants combo or any special alternate jersey.

So I decided to look back at all of LSU's alternative uniforms since 2009 —since that's as far as The Reveille's digital archive goes with color pictures — and rank them as I see fit.

LSU has multiple all-white alternate uniform combinations, but this one is by far my favorite. It's the closest to the traditional uniform but still stands out among the rest.

LSU has only worn gold jerseys three times. This win over Mississippi State was the most recent, previously coming at Florida in 1998 and against Vanderbilt in Tiger Stadium in 1996.

These were also worn for a win over South Carolina in 2015, which LSU fans like to remember more than the Troy loss.

LSU wore these jerseys honoring the "Silent Season" of 1918, which the University did not field a football team due to World War I. The purple reflective helmets didn't get its proper due because it was a rainy night game, but they were an especially nice touch to a clean all-white uniform.

Another all-white combination. Solid, but not my favorite. These uniforms were a special design by Nike, who attempted to market their pro-combat line in college football.

Another pro-combat set — I don't hate this combination, LSU just has a lot of better ones. And the old gold helmet just doesn't do it for me.

These are not visually pleasing. The end.