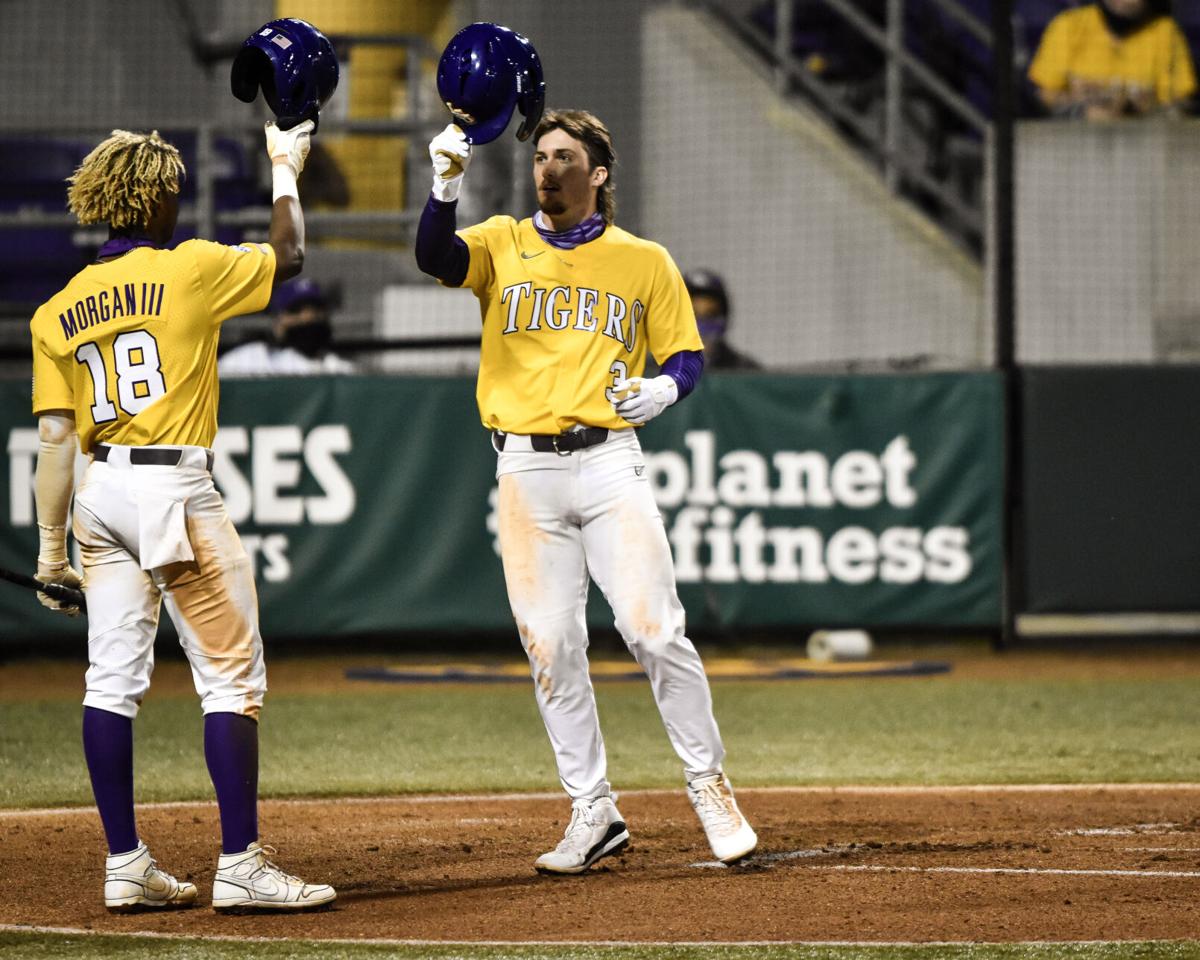 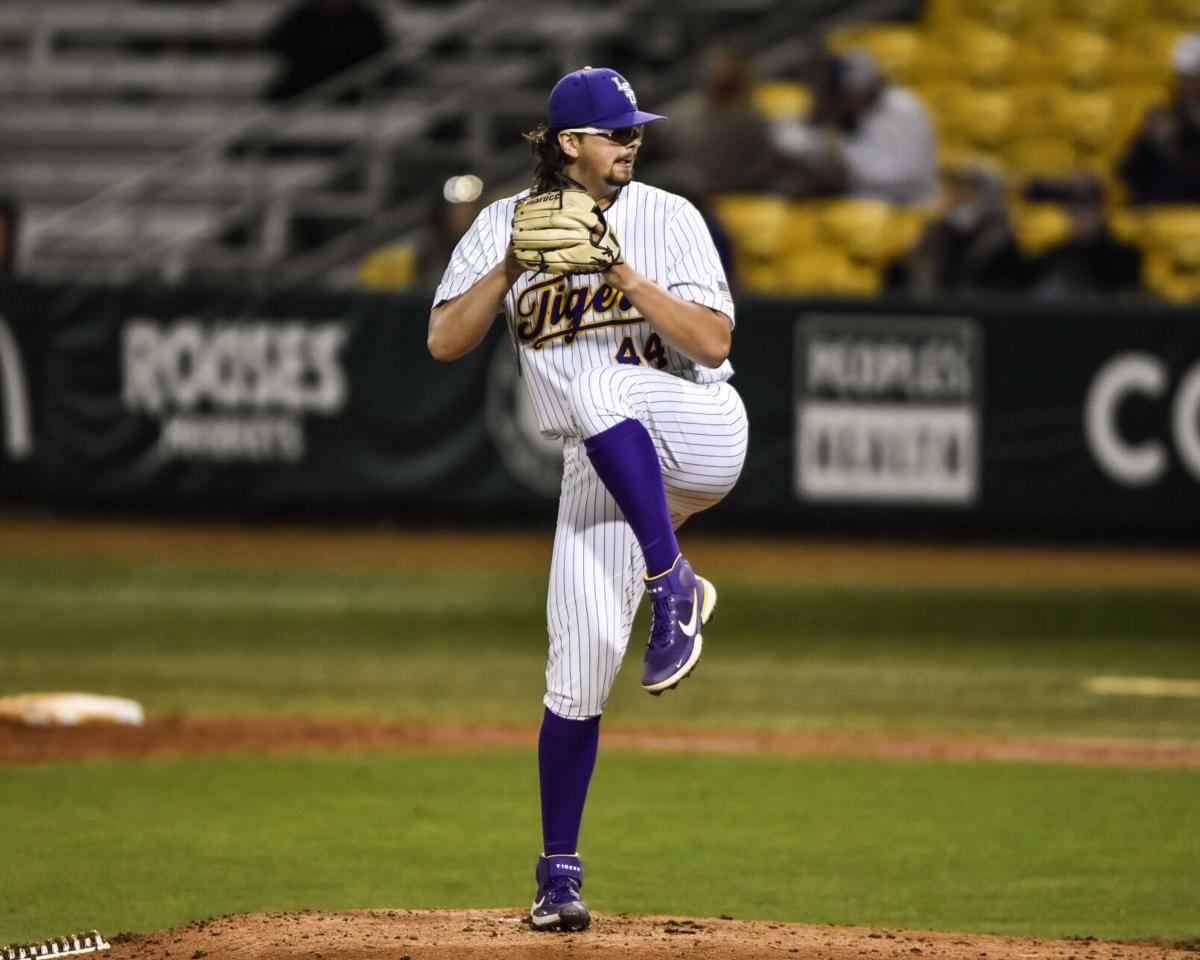 On the mound, seven first-year players have logged at least three innings pitched. They’ve pitched 50.2 of the 126 total innings and can be credited for 64 of the team’s 154 strikeouts. Opponents are hitting a measly .207 against them.

Still, there’s two freshmen who stand alone from their counterparts. They are outfielder Dylan Crews and first baseman Tre’ Morgan. Morgan is riding an 11-game hitting streak with back-to-back three hit games, and Crews has reached base safely in every game this season. Crews leads the team in home runs (five), total bases (39), slugging percentage (.722) and OPS (1.229), while Morgan leads in hits (22), runs batted in (17), on-base percentage (.530) and steals (six).

Morgan was always a safe bet to honor his LSU commitment. He was never near the top of the recruiting rankings and, in a shortened MLB Draft, was unlikely to hear his name called. Even LSU’s scouts found him accidentally. They were interested in another player when they discovered the New Orleans product.

Crews was different. He was ranked as high as the No. 13 amateur player in the nation and was sure to be drafted if he wanted to be. He ultimately decided to pull his name out of the draft and leave his hometown of Longwood, Florida, to play baseball in Baton Rouge.

When asked what he found most impressive about Crews, junior right-handed pitcher Jaden Hill had a simple answer.

“The most impressive thing,” Hill said, “I mean the fact that he’s on campus right now. I don’t know how coach got him here, but boy I’m happy that he’s here.”

“Shoutout to Nolan, Nolan did a great job.”

The recruiting coordinator for LSU baseball, Nolan Cain got his start as a member of Paul Mainieri’s coaching staff in 2014. The former LSU pitcher, who played on the 2009 National Championship team, was first the coordinator of baseball operations. He assisted with assembling the recruiting classes each year, but they were never entirely his. By the time a class would become his responsibility, it already had a few players signed. It was up to Cain to round it out.

After three years and two classes ranked in the top five nationwide by various platforms, he earned a promotion to the position he still holds. He would now oversee each class from start to finish. The 2020 class, the current freshmen, was the first he had full control over.

Cain says it's normally very challenging to project what a player could be at the college level when they’re that young. Because of that, the ones that do get offered as they are entering high school are the “no doubters,” as he calls them.

“You know you’re not going to miss on these kids,” Cain said. “When you want the best players in the country, you have to grab them early.”

Cain got the recruiting coordinator job in a dead period. He wasn’t allowed to go on the road to recruit, so he was calling, “everybody and anybody that wanted to talk.” That’s when he first heard about Crews.

“This is the best player I’ve ever had,” Cain recalled Matthew Gerber, Crews’ coach on a summer travel team in Orlando, telling him over the phone. At the time, Crews was only a high school freshman and one of those “no doubters” that needed to be snatched up early.

Having never seen Crews play in person, only on video, Cain and LSU invited the Florida native to campus for an unofficial visit in the February of his freshman year. Later that summer, Crews won a gold medal in the 15U Team USA trials. He committed shortly afterward.

In other collegiate sports, in-state recruiting is the life blood of any successful program. If you aren’t the top choice of schools in your state, winning will be hard to come by. Cain brought that mentality to baseball. Five of LSU’s freshmen come from Louisiana, the group headlined by Morgan, outfielder Brody Drost and pitchers Will Hellmers and Garrett Edwards.

“We’ve always got to get the best players in Louisiana,” Cain said, “especially the ones that truly want to be at LSU.”

Two Louisiana natives, Morgan and Hellmers, grew up facing each other. The New Orleans native’s even once played on University of New Orleans’ field, where the Tigers won 5-0 on Wednesday. Hellmers was the starting pitcher in the shutout win, and Morgan went three for four with two RBIs at the plate.

“I’ve been watching Tre’ a long time,” Hellmers said. “We played against each other since we were probably eight or nine years old.”

“In high school, that was the one game I had to go up there and compete every time I stepped in the box,” Morgan said of his matchups with Hellmers. “I knew every at bat was going to be a battle.”

Cain and pitching coach Alan Dunn were skeptical of Morgan when they first saw him. He wasn’t always facing top-notch competition in high school. He quickly changed Cain’s mind when he “went off” against quality pitching at a PBR future game.

“We couldn’t wait to get him in for a visit,” Cain said. “Coach Mainieri spent a lot of time with him and his family. They went to a football game and shortly afterwards he committed.”

As for Hellmers, he was the opposite of the no doubters that committed before they could legally drive. Hellmers was among the group that committed to LSU late in their high school careers along with Pitkin, Louisiana’s Edwards.

“There’s also those later developers, too,” Cain said. “Garrett Edwards, Will Hellmers, they didn’t commit until going into their senior year. It happens differently for kids along the way.”

Leading up to the 2020 MLB Draft, there was concern about whether or not a handful of Cain’s signees would ever get to school. Even after MLB condensed the draft from 40 rounds to five, some of LSU’s highest touted recruits were still considering opting for professional baseball. Cain singled out Drost, infielder Jordan Thompson and pitchers Blake Money and Ty Floyd as the guys he thought he would lose.

Mainieri recalled driving on Perkins Road one evening just before the draft when his phone rang. He recognized the caller ID, pulled off the road into a parking lot and took a deep breath before answering. He was already prepared for the worst.

It was Crews, Mainieri and Cain’s highest ranked signee who they feared may skip college and sign professionally.

“I just want to tell you something. I thought this thing over, and I decided to pull out of the draft. I want to come to LSU.”

“Dylan, could you hold on for a second?” Mainieri covered his phone and screamed in excitement.

“Well, I think you made a really good decision Dylan,” Mainieri said.

Cain’s confidence in landing Crews was proved to be right. Now, it was time to watch the draft and see what the other signees with cause for concern had in fate.

Due to the pandemic, LSU’s staff watched the draft separated, different from their normal annual tradition. Cain watched in his office.

The rounds went on, names were called and lifelong dreams were fulfilled. By the time the draft ended, only two commitments were selected: Romo and junior college transfer pitcher Beck Way. Cain held on to Brody Drost, Jordan Thompson, Blake Money and Ty Floyd. They would all be coming to LSU to join Crews, Morgan, Hellmers, Edwards and others to form what has now become arguably the most highly productive freshman class in the nation.

Cain said “there were a lot of high fives and some smiles” when the draft was over.

“When you recruit them and get them committed, that’s awesome. But you don’t really feel good about it until after the draft. That’s everything for us.”

Years after the class began to take form, LSU is now reaping the rewards of Cain’s hard work.

“I’ve known these kids and these families so long that when they hit their first home run I almost want to hug them,” Cain said. “I’ve just been around them for so long.”

The 2020 class has been over four years in the making, and it was the first Cain had controlled and managed from start to finish. It may go down as LSU’s most successful ever. But recruiting never stops. It takes constant and relentless effort, and Cain is just getting started.

For the love of the game: LSU baseball reminds us why we love sports in extra-inning classic

People who do not have an interest in sports often ask why sports fans are so intrinsically attracted to the games we love. They wonder how we…

Two weeks before the start of his freshman season, Will Hellmers was approached by Head Coach Paul Mainieri about a possible position change. …

There were two outs in the top of the seventh inning. Starting pitcher Jaden Hill was one out away from ending the inning. He stepped onto the…

Thunderstorms, some strong during the morning will give way to partly cloudy skies this afternoon. Damaging winds, large hail and possibly a tornado with some storms. High 83F. Winds W at 10 to 15 mph. Chance of rain 100%.

Partly to mostly cloudy with a slight chance of showers and thunderstorms late at night. Low near 65F. Winds E at 5 to 10 mph. Chance of rain 30%.

Mostly cloudy in the evening then periods of showers after midnight. Low near 60F. Winds light and variable. Chance of rain 40%.